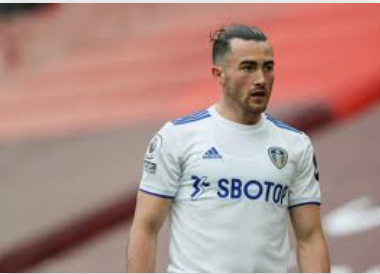 When Jack Harrison finished off another typical Leeds move against Leicester at the King Power Stadium, not only was he scoring the goal that sealed a significant win for the whites, he was bringing his total number of goals and assists to 10 in 19 appearances. A record, the most seasoned pro would be happy with, let alone, a player in his early 20's playing in his first season in the Premier League.

With 10 goals, over the past two seasons as Leeds challenged for promotion from the Championship, his figures may come as a surprise. But for Leeds fans who have come accustomed to his all action performances, they knew special times were to come. One of the first names on the team sheet, having played in all 46 games in their promotion winning season, the Leeds faithful are praying there are no bumps in the road as they look to make his loan move permanent at the end of the season.

It all could have been so different for Harrison. It is only 4 years since he was drafted into the MLS (initially by Chicago Fire and then NYCFC), 7 years since he left the Manchester United academy to move to the east coast of the US on a football scholarship, and perhaps most importantly, 9 years since his mother, Debbie, began researching high schools in the US.

In what was described as a "sliding doors" moment by Harisson, on his mother's advice, he chose to build his career and education through Berkshire High School, a private day and boarding high school in Massachusetts. Debbie's thoughts about her son's future couldn't move away from potential pitfalls and the lack of certainty for a 14 year old trying to make their way in the game in England. After some research, she figured America was a good place where his talents could flourish, a place where academics and football would be of equal importance.

Harisson loved it right away and called his mother the evening of his arrival to say as much. A self-professed independent child, Harisson flourished stateside and while he had to get used to his new academic demands, he was soon attracting attention from the MLS, and was eventually drafted after his first year in Wake Forest University.

Entering the 2016 Superdraft as the youngest available player, he was picked by Chicago Fire and then traded to New York City FC, an affiliate club of Manchester City. A "moment of relief" for Harisson, he made his debut in a 7-0 loss to NY Red Bulls but his performance was described as a "silver lining" for the team and in his two seasons in the Big Apple he went on to make over 50 appearances.

A return to England soon materialised and Manchester City signed him. With no first team opportunities in sight, signing for a Championship club was decided as the best move and after a short loan period with Tony Pulis' Middlesbrough, Harrison moved to play for Leeds and Bielsa, a coach he admitted to knowing nothing about.

With promotion finally attained for the Whites, Harisson was signed on loan for a 3rd consecutive season. He scored Leeds' first goal back after 15 seasons out of the top flight against his childhood favourites, Liverpool. It took him a few months to get his second but it was well worth the wait, a 30 yard finish against Newcastle as Christmas approached. Seemingly born for a role in Bielsa's all action game plan, he has excelled usually starting on the left hand side of the midfield.

His path to the promised land of English football wasn't the most conventional but with Bielsa in charge and his Leeds team mates having a promising first season, it seems like only a matter of time before he joins Kalvin Phillips in upcoming England squads. Whether the summer's upcoming Euros is too soon is matter up for debate. For now, it seems the only way is up for the talented Englishman.