Lewis Dunk and his not so bright idea 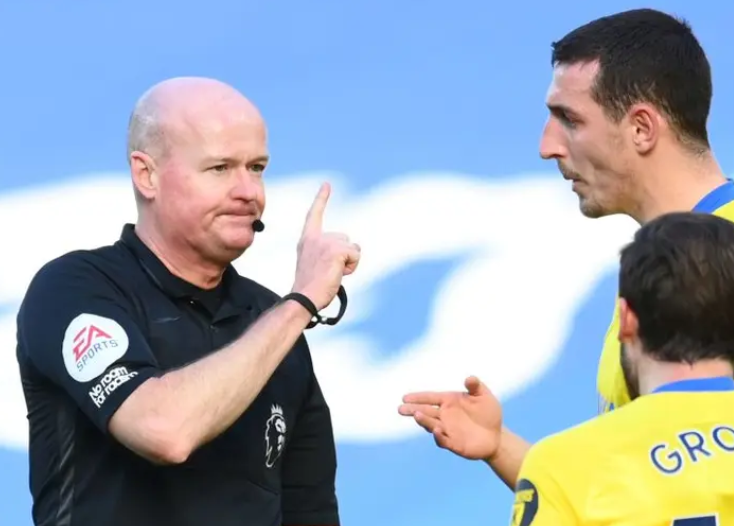 Minutes after the final whistle blew to consign Brighton to another defeat, Lewis Dunk (not caught up in the heat of the moment at all) complained about Lee Mason and his admittedly bizarre decision making during the previous 90+ minutes. Lewis, calm as you'd expect, asked why, if players have to do interviews, do referees not have to do the same. It's an interesting argument, especially when shouted into the camera through heavy breathing, but it ignores a few factors that make it impossible.

Lewis, and anyone else asking the same question, forgets these TV companies pay a huge portion of his earnings and as such, clubs are contractually obligated to send people forward for post match interviews. In these interviews, players are given cushy questions, remarkable in their banality for such an emotionally charged sport. Players rarely have to defend their decisions. Instead they go through the motions, talking in cliches and platitudes. Lewis wants referees to explain their decisions, but I don't remember Lewis ever doing the same.

Referees "fronting up" and talking about their decisions on camera is not the answer. The potential for things to go wrong and referees to say the wrong thing is huge. Post match interviews are one of the worst things about football, adding referees into the mix will only make it worse. They will become media trained just like every other footballer and the repetition will be repeated.

What if Lee Mason (as long as he isn't still injured) and referees did have to conduct these pointless interviews with Geoff Shreeves? The first few might be interesting but eventually they would all become the same.

"I've trained well all week , the boys have done good, so we're a little disappointed to have to referee Brighton West Brom but it is what it is."

"Y'know, we started well, lino got a few decisions correct but we got a bit sloppy, the wind played a big part today, conditions weren't ideal but happy to come through with no injuries so next week we go again"

"The standard of players was a disgrace today, I hope to never have to referee Tottenham again this season. It's very hard to put in a good performance when you take this into account"

Imagine, as happens with footballers, the referee had a particularly bad game, and instead of going out himself, he sent out one of his assistants.

"I can't speak for Lee and why he did what he did, but he's not that type of referee. He's inconsolable in the dressing room. We're gutted for him but we know the type of person and referee Lee is. A proper football referee. He knows the game better than anyone, so he'll be fine and will recover. Cheers Geoff."

Referees answer to their bosses, and are promoted/demoted based on their performances. As much as managers, players, fans and the media think they should decide who are the best referees, they shouldn't. Concentrating on making the correct decision with millions watching must be difficult enough without having to justify the decision minutes after the match finishes. It might make sense to do it in private but not live on television.

A more reasonable solution, that may already happen, could see the FA issue a referee's report on each match to the club in the following days. Nobody would care at that stage as the team in question would be preparing for another game but at least it gives some feedback to players and managers. It would also mean reducing the potential of listening to Lewis Dunk misdirecting his Danny Welbeck-related anger towards the referee. I do look forward to the video of Welbeck and Pascal Gross explaining why they missed the target from 12 yards out without any pressure on the ball though because I'm sure Lewis has asked for that too.