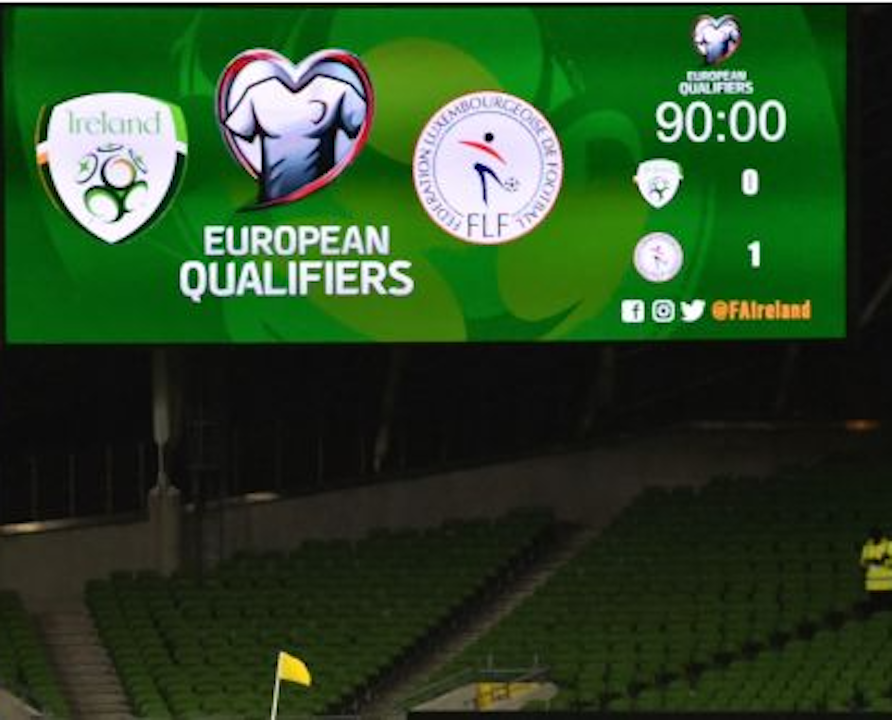 How does it feel to lose to Luxembourg? A question I never thought I'd be asked and an answer I thought I'd never have to articulate. It's been over 12 hours since the final whistle blew on another dour night at the Aviva and it still doesn't make much sense.

Luxembourg, 98th in the FIFA world rankings, behind such giants of the game as Haiti, Gabon and Benin, beat Ireland, currently (somehow) ranked as high as 42. A victory for Ireland was the minimum expectation, by two goals would have been acceptable, by three goals and we would have been stockpiling suncream and buying our inflatable hammers for a trip to the desert.

Unfortunately, a victory by even a goal didn't transpire. Luxembourg, forgetting they were supposed to be the underdogs, kept Ireland at bay quite easily and then had the cheek to actually score one of their attempts on goal. Up until Wednesday, Ireland hadn't scored a goal in over 600 minutes so with 10 minutes left of the game, the chances of an equaliser were minimal.

But how did it get to this?

It was only 15 or so years ago, Ireland could count on 4 or 5 players playing Champions League football regularly, now we're lucky if the same amount are playing Premier League football regularly. As it turned out, there was only one player who played in the Champions League this season and he was wearing red, not green. Instead, Ireland scours the lower leagues for English born players to play for the country of their parents or grandparents. In retrospect why were Ireland favourites at all?

Bar the odd game every few years, watching them has become torturous. Losing is upsetting, falling asleep while losing is worse. I'd imagine it's much like watching Newcastle. But I decide never to put myself through that for obvious reasons. However, when the chance comes to watch Jeff Hendrick coming off the bench in the 60th minute in a green, rather than black and white, shirt, it somehow excites me.

In the end, losing to Luxembourg really means nothing. We have known about the dearth of quality in the Irish squad for a while, but we're ever the optimists. The loss confirms, if it needed confirming, that we are nowhere near good enough to qualify for major tournaments. It's a little bit embarrassing as traditionally Luxembourg falls into the category of whipping boys but not really. At least, the loss should erode any hope going into the other qualifying games, and that can only be a good thing.

In the meantime, there's the meaningless friendly against Qatar in Hungary to look forward to...