Sky Sports and their hypocrisy 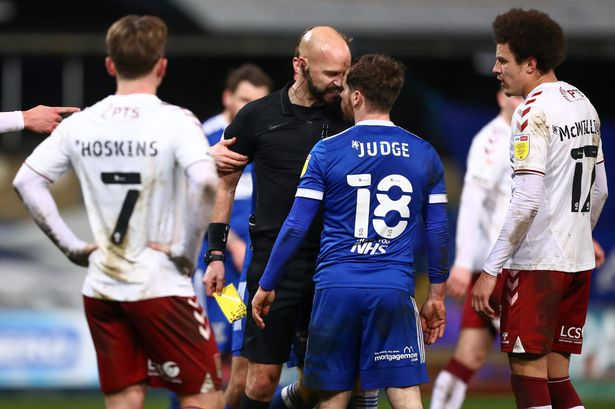 The clips have been seen the world over at this stage. At the time of writing, there are 1.2k retweets and over 5k likes. Alan Judge, the Ipswich player is confronted by the referee, Darren Drysdale. Drysdale squares up to him before giving Judge a yellow card. An entertaining clip no doubt. The type of incident that is rarely seen and one that ends with very little consequences or damage done on the face of it. The damage to Drysdale's career however will become clear over the next few days and weeks.

While Drysdale and Judge think over their participation in the clip with regret, whoever runs the Sky Sports News Twitter page must be happy. The only other post on their Twitter that received a similar amount of retweets in the past 24 hours? An interview with Bernd Leno describing how he stopped using Social Media after the tragic death of German goalkeeper Robert Enke, the ex-international who took his own life in 2009 after struggles with depression. Hypocritical to put the two clips on their feed so close together.

So who is Darren Drysdale? Followers of the lower leagues in England might have known before last night but the majority of football fans didn't. He's someone who has worked his way up from the lower leagues and is aspiring to reach the top of his profession just like any other referee. Does he deserve sanction for his moment of madness? Of course he does. Do companies like Sky need to tweet and retweet the incident creating a platform for online comments, most of which will be negative? Of course they don't. They choose to. They get more clicks. And when they post comments from Ipswich manager, Paul Lambert, criticising the referee, they do it all over again.

In October, Sky Sports united in a campaign to stop online abuse. The "It has to stop" initiative aimed to raise awareness of negative comments on social media and allow everyone to enjoy sport for what it is. Does this not cover referees and the abuse they receive on a weekly basis through Twitter? Is it that unlikely that we will see a Sky Sports News presenter telling us in a few weeks about abuse Drysdale has received and then cutting to Micah Richards, or another respected commentator on the subject, condemning said abuse?

They will promote Black Lives Matter during this weekend's fixtures and for the rest of the season. They will throw their weight behind LGBTQ+ campaigns. However, when it comes to promoting fairness towards referees their agenda changes. Their hypocrisy shines through. Happy to share a clip that will no doubt result in online abuse directed towards a referee who had a moment of madness. Hopefully, Darren Drysdale receives support to get through this time. If he does come through it and continue his career, it will be in spite of large organisations such as Sky.