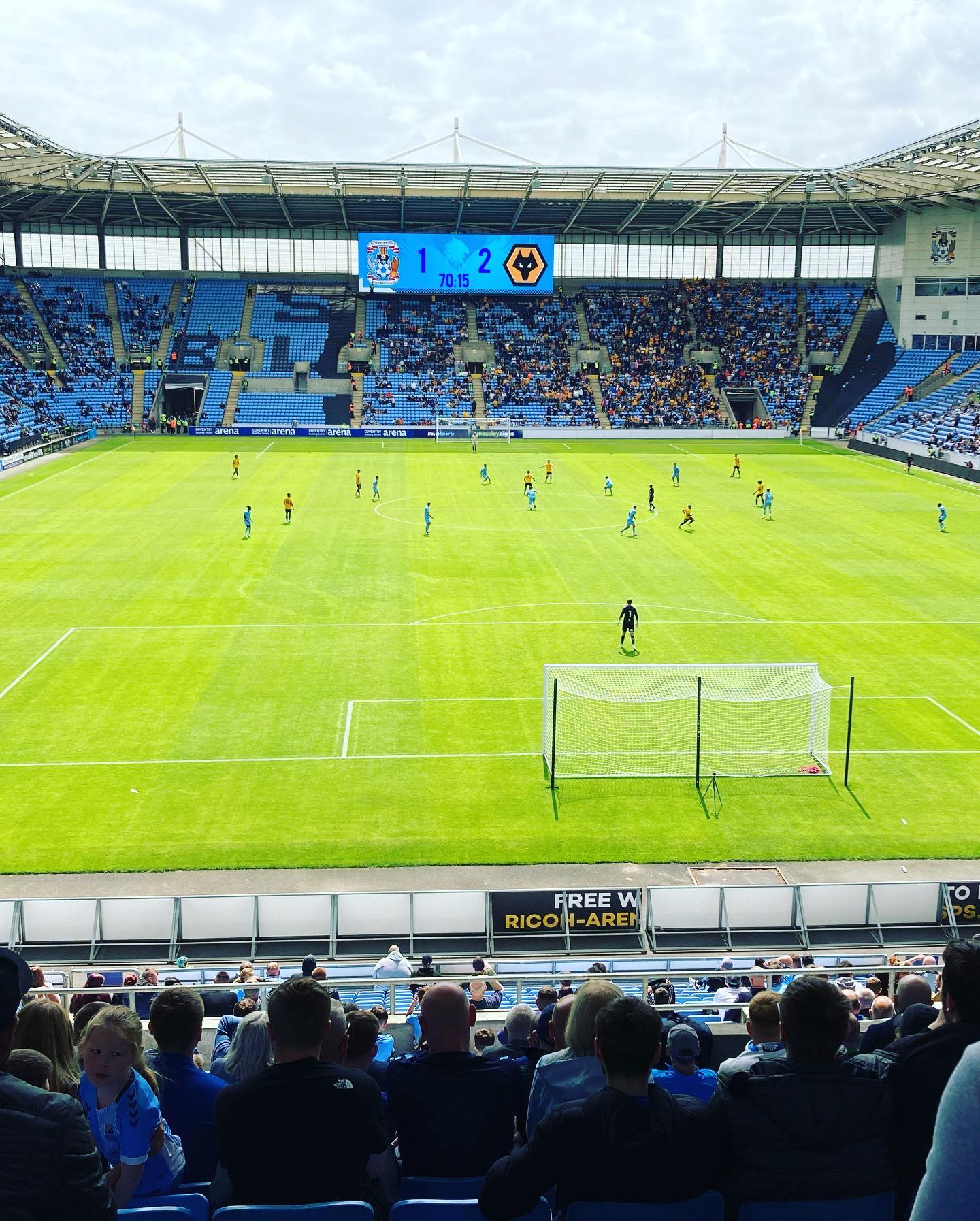 Welcome to the Total Cov Blog, a brand new blog about Coventry City! For those who don’t know me, I’m Ged, AKA All Things Football - I’m an avid football fan and shirt collector and lifelong Sky Blues fan. I’m also 1/5 of the Total Screamers Podcast, and have now started this blog as a side project and a way of interacting more with other Cov fans! I’ve never been much of a writer in the past but this is something I thought I’d try my hand at and I’m hoping that my blogs will be an enjoyable and engaging read. I’ll be looking to share my thoughts on Coventry City’s matches and news as regularly as possible, so stay tuned for more!

Today I attended our pre-season friendly with Wolves at the newly re-named “Coventry Building Society Arena”, though to me and I’m sure many others it’ll be hard not to call it the Ricoh. I went into today full of excitement to watch the Sky Blues play again from somewhere other than my sofa. Despite it only being a pre-season friendly, it’s our first game back at our ground, in our city, and our home. It was a great buzz to be back at a football match for the first time in forever and I loved every minute! I was also joined by my best mate Corey, a fellow City fan and great company.

From the offset I was impressed with us today. Against Premier League opposition we’ll always be underdogs but we certainly didn’t play like we were. At times I thought we out-classed Wolves and I’m sure their fans wouldn’t disagree. An early goal for Football Manager wonderkid Fabio Silva put us 1-0 down but the players’ heads didn’t drop, and we played in a very positive manner. Ben Sheaf had an excellent first half and didn’t put a foot wrong in the centre of midfield, Callum O’Hare now wearing number 10 for us also looked very sharp and showed some lovely touches in the final third. Viktor Gyokeres and Martyn Waghorn were also looking lively and Gyokeres in particular impressed me with his runs into the left channel of the pitch, and he caused Wolves a few problems throughout the game.

At half time I felt we were unlucky to be trailing but we also hadn’t been clinical enough when we’d had chances - it’s only pre-season after all though! Corey agreed with my assessment as he tucked into his cheese and onion pasty (He gave it a 6/10, as it wasn’t a pie) and then later his steak pie (7/10, not enough gravy). In the second half it took us a few minutes to wake up and we ended up going 2-0 down to a heavily deflected Ruben Neves strike - nothing Simon Moore could do to keep it out sadly. We grew into the half though as changes were made to give more players a bit of game time, and eventually Martyn Waghorn was fouled inside Wolves’ penalty area and then confidently dispatched his penalty past John Ruddy. A very good moment from our new number 9.

After this we had a couple more chances, Tyler Walker with a guilt-edged chance from a ball across the box was the most notable, but he couldn’t make real contact with it. The game fizzled out then with around 15/20 minutes to go, but overall I’m really happy with the way we played! We matched a good Wolves side full of first team players and who play good football, and arguably didn’t deserve to lose the game. It was also great to be able to watch some players of real quality play, such as Ruben Neves and Adama Traore. I particularly enjoyed Trialist A (AKA Martin Cranie) attempting to stop the absolute tank that is Traore by essentially trying to rugby tackle him after he’d run past - Traore was so strong and powerful he managed to drag Cranie along for a moment and then continue his run with the ball. A hilarious moment and a perfect example of what a beast Adama Traore is! He’s rapid as well.

Looking ahead to the beginning of the new Championship season next weekend I’m feeling very positive. We played some lovely football today and every player had a decent game. I'm keen to see Cranie re-join the club on a permanent deal and I thought Trialist B, Pape Souare (formerly of Crystal Palace) also had a good game when he came on and I'd like to see more of him too. We need the depth in that left back position, I was impressed by Ian Maatsen in the first half as well though! He looks to be a solid addition to the team and a like for like replacement for Sam McCallum. Simon Moore made some tidy saves too and I think it'll really benefit us having a senior pro in goal this season. Roll on Forest at home on the 8th!

It’s good to be home. 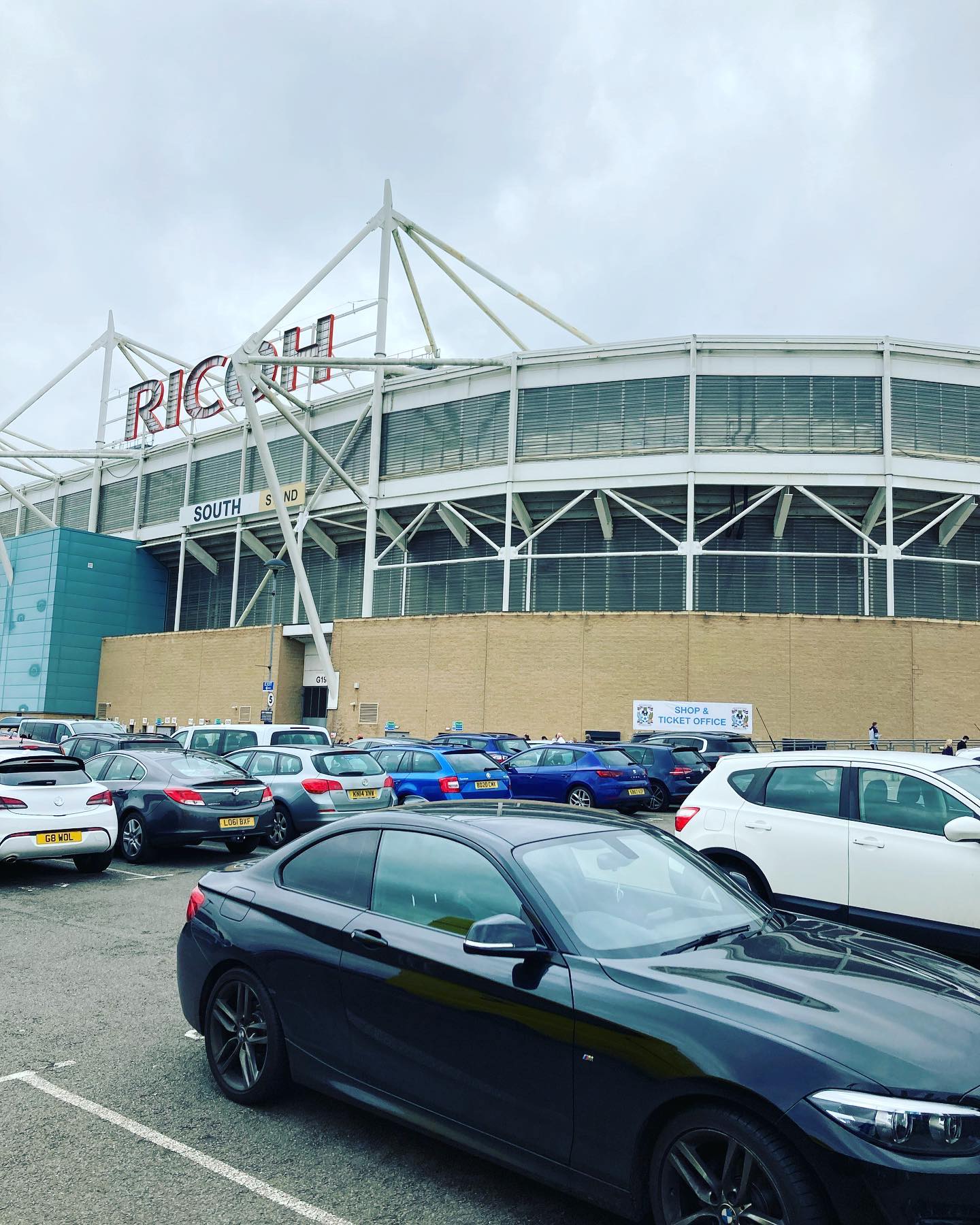 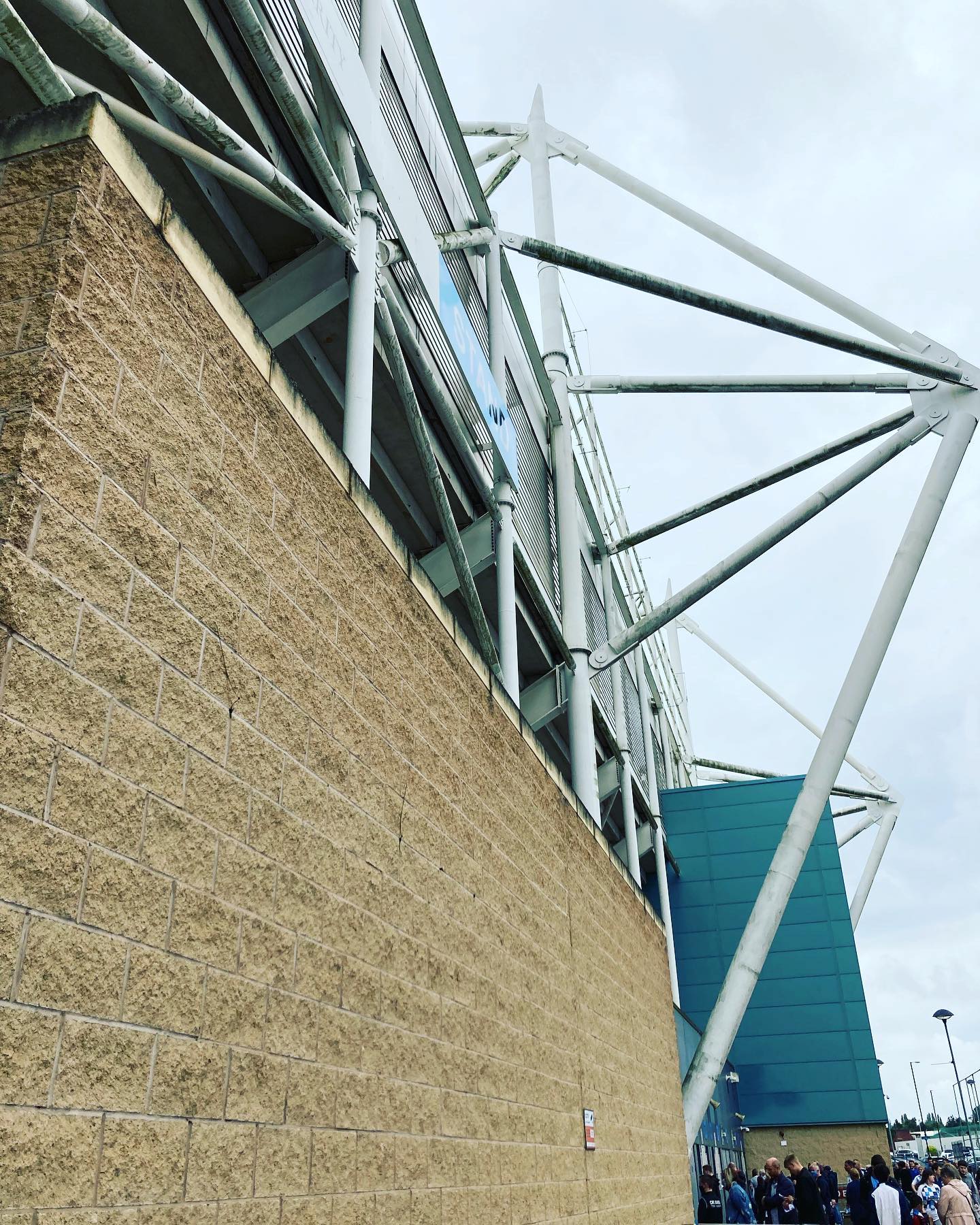 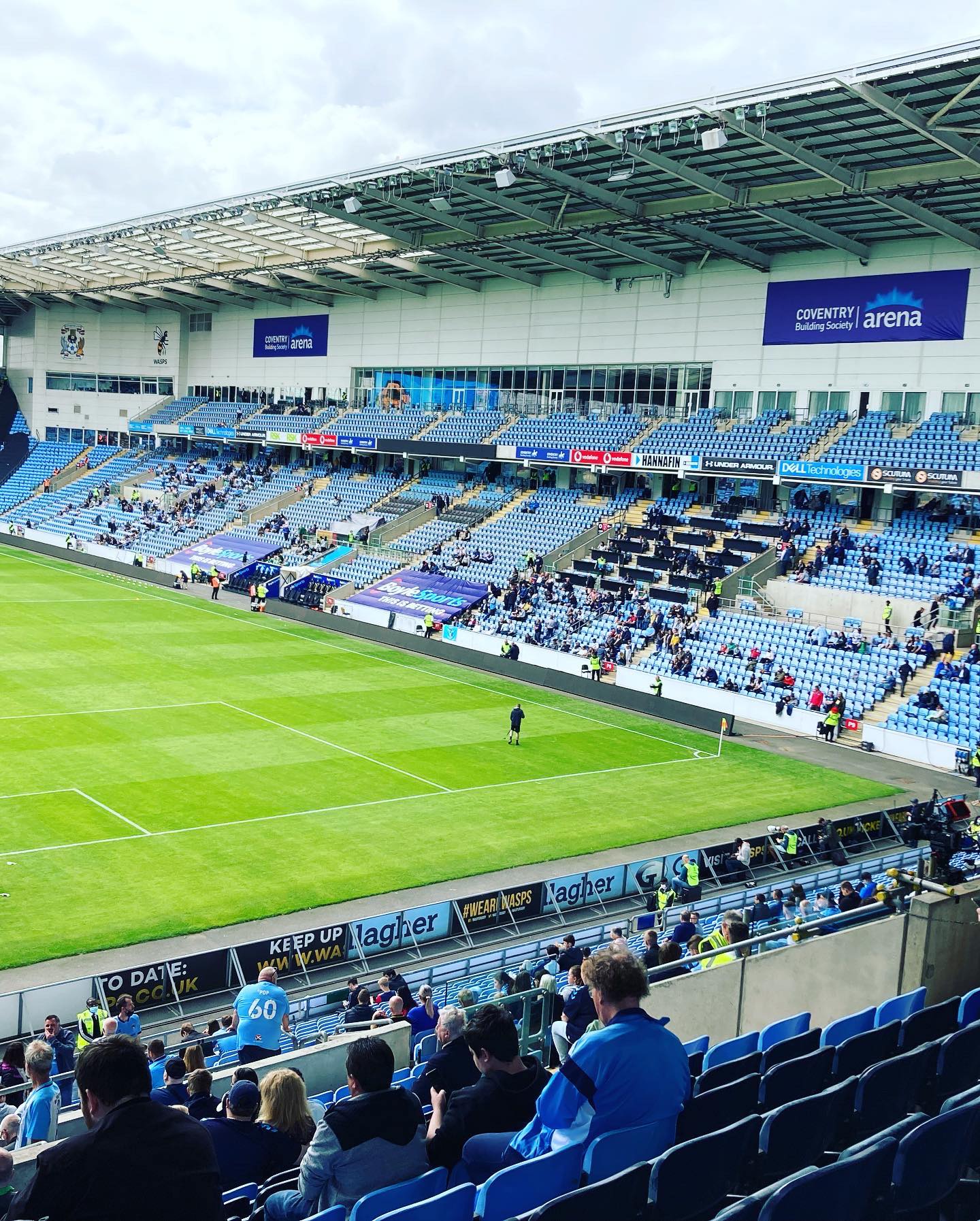 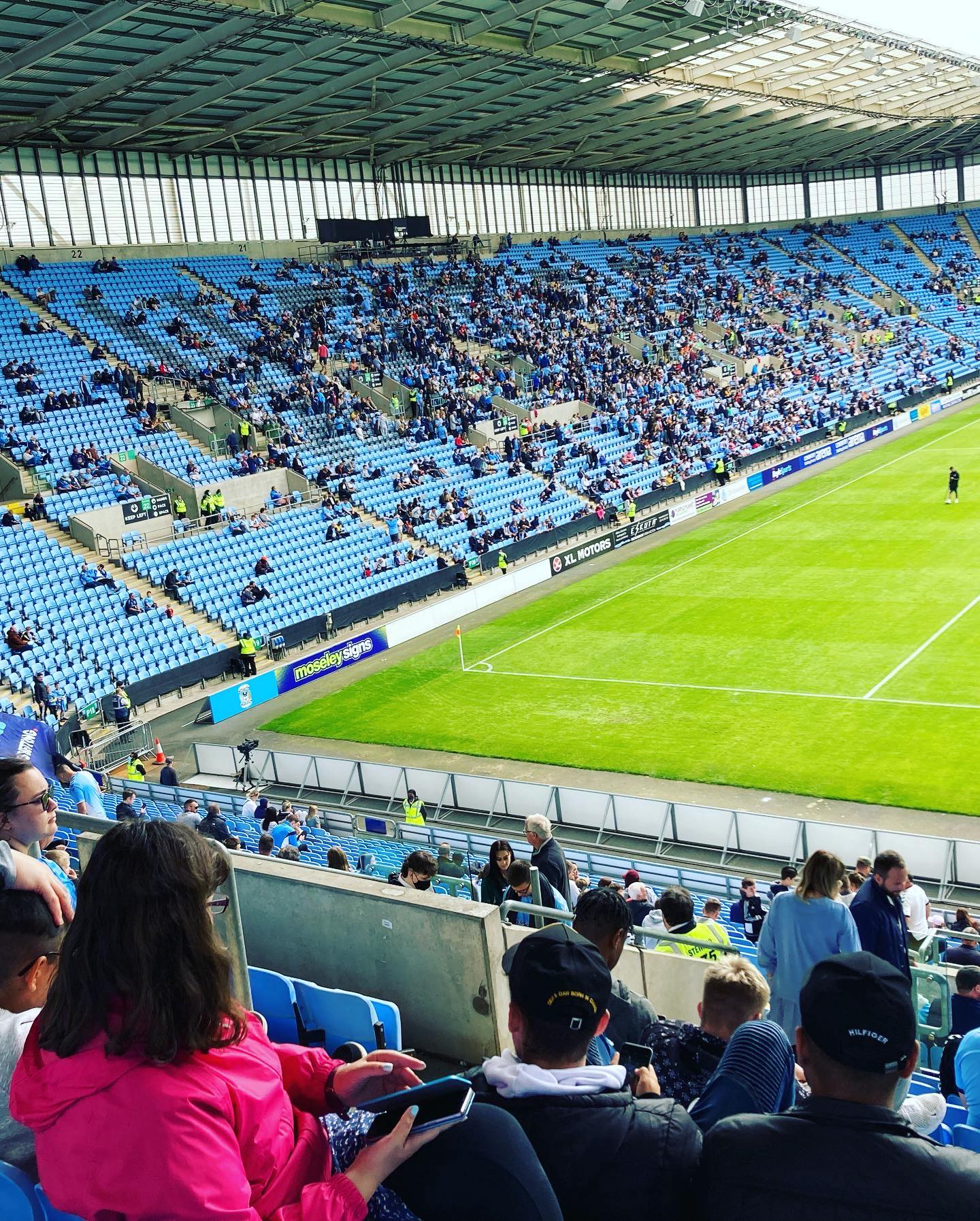 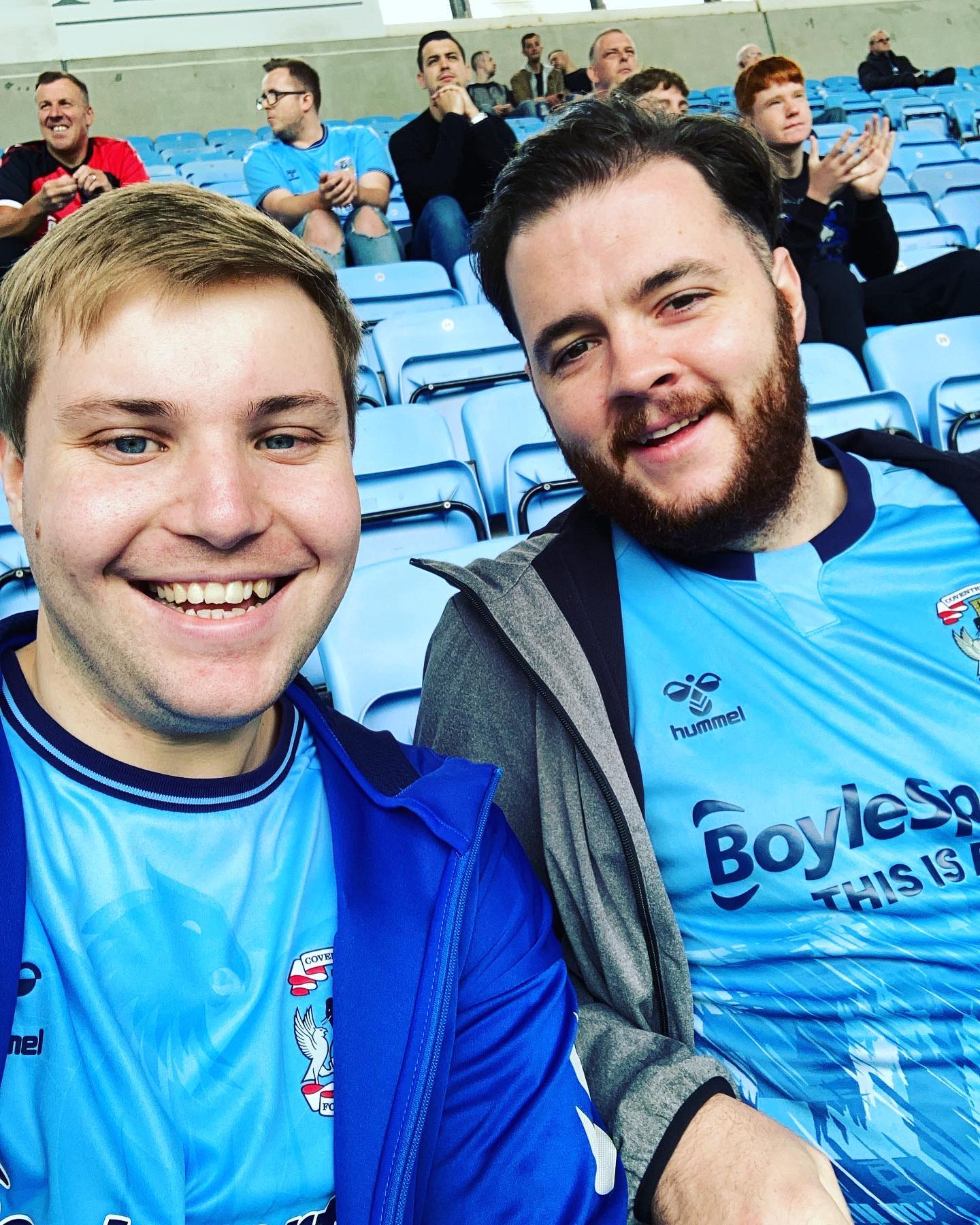