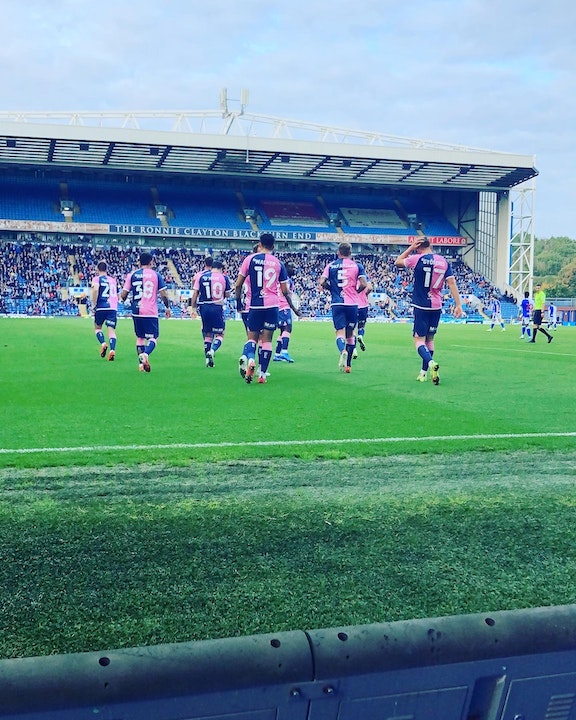 It’s my Mum’s birthday today, so like any good sons would, myself and my brother Joe have treated her to a family day out - Blackburn away! What better present than a Sky Blues away day?

We’ve got some great memories from previous visits to Blackburn - in 2008 Mum took us up to see the City in the FA Cup 3rd round, and we ran out 4-1 winners. Maltese legend Michael Mifsud bagged a brace and Dele Adebola scored a goal that Diego Maradona would’ve been proud of! It will forever be one of my favourite ever Coventry City goals.

A year later we drew Blackburn away again, this time in the 5th round, and again Mum took us up to the game - Aron Gunnarsson scored an absolute screamer, but we ended up conceding in stoppage time and it finished 2-2 that day. Joe and I felt it was only right to treat our Mum to a trip back to Ewood Park today though, it was meant to be when the fixtures came out and we saw we’d be there on her birthday!

Going into this one I felt we should be coming away a point at the very least - we’ve been hit and miss away from home so far but with Blackburn’s Chilean sensation Ben Brereton-Diaz starting on the bench, I thought the threat they posed us was limited. It was interesting that Mark Robins chose to start to Tyler Walker up front ahead of Martyn Waghorn for us, but it proved to be a decent move as Walker had a pretty solid game and got himself on the score sheet too.

The first half was quite even, Blackburn’s number 10 Dolan looked very sharp and they did cause us a few problems, especially down our left hand side - Todd Kane was getting caught out pretty much every time they attacked us, and Simon Moore was forced into a save once or twice. We had chances ourselves, with Walker hitting the target and Ben Sheaf having an effort tipped away at the far post, but we didn’t really have anything clear cut. 0-0 at half time would’ve been fair in my eyes.

Sadly, that wasn’t to be the case. A well worked Blackburn move through the middle carved us open, and a little flick through into the box from Blackburn’s centre forward played in Joe Rothwell (their Man of the Match) who was able to dink the ball over Simon Moore. A few minutes later things worsened for us, with another move through the middle off the back of some sloppiness from our midfielders - Rothwell was then able to cut one back across goal for Sam Gallagher who finished it off coolly. It was far too easy for them and disappointing for us, as it left us with a lot of work to do in the second half!

Thankfully we started the second half brightly though and we put Blackburn under a lot of pressure early on. Viktor Gyokeres looked more lively, Callum O’Hare was finding more pockets of space to play in and with the fans in the away end roaring them on, our players looked more up for it. A couple of half chances came, but we finally made the breakthrough just after the hour mark. Todd Kane, who had swapped sides with Fankaty Dabo for the second half, was played in down the right and he slipped a good ball across the 6 yard box for Tyler Walker to tap into the net! It was a good move and we were officially back in it then.

Having got the goal, we kept pushing and Blackburn were pinned back inside their own half as we continued to attack them. The equaliser came off the back of some great work from Viktor Gyokeres - he picked the ball up in midfield and dribbled round Blackburn’s defence before slipping it across to Liam Kelly, who sliced a shot with his laces across the goal. The ball cannoned back off the post and on to the Blackburn keeper’s back, and subsequently trickled back across the line! A slice of luck but a deserved equaliser, and the players’ celebrations were right in front of me and Joe as we sprinted down to the front of the stand! Cheers lads, a great photo opportunity for the blog - they must be fans!

Blackburn swiftly brought Brereton-Diaz on to try and get a winner - they had better chances than ourselves to grab one in all honesty! Our best chance came down the right, with a good move and a ball across to Gyokeres - inside the box he checked back on to his right foot, but was clipped by the Blackburn defender closest to him. I’m certain that if he had gone down there it would’ve been given as a penalty, but he tried to stay on his feet and eventually went down after the ball had slightly gotten away from him - it should still have been a penalty, but the referee was having none of it. Vik’s honesty has counted against him!

Following this we had a couple of nervy moments at the other end, and were forced into some last ditch defending at times. The best moment of this was Kyle McFadzean’s block on the line from a Brereton-Diaz header, which had beaten Simon Moore all ends up after a quick break from Blackburn caught us out. Thankfully we held on, and the game finished 2 apiece.

I don’t think we can have too many complaints about the result - I thought we were the better team in the second half and possibly edged the first half as well, but we let ourselves down before half time and let Blackburn in for 2 easy goals which shouldn’t be happening if we want to challenge at the top end of the table this season. Things are still incredibly positive though - the spirit and fight the players showed to draw level in the second half was fantastic to see, another reason why I absolutely love this team right now!

It was good to see Tyler Walker on the score sheet after a good performance up top for us, I also thought that Dom Hyam had a good game at the back and everybody played pretty well overall. Gyokeres is so hard to play against when he’s in the mood, as shown for our equaliser when he carried the ball round multiple Blackburn players like it was stuck to his feet! We’ve got Preston away in midweek next, a ground where our record isn’t great but in our current form I think we have every chance of taking 3 points away with us. 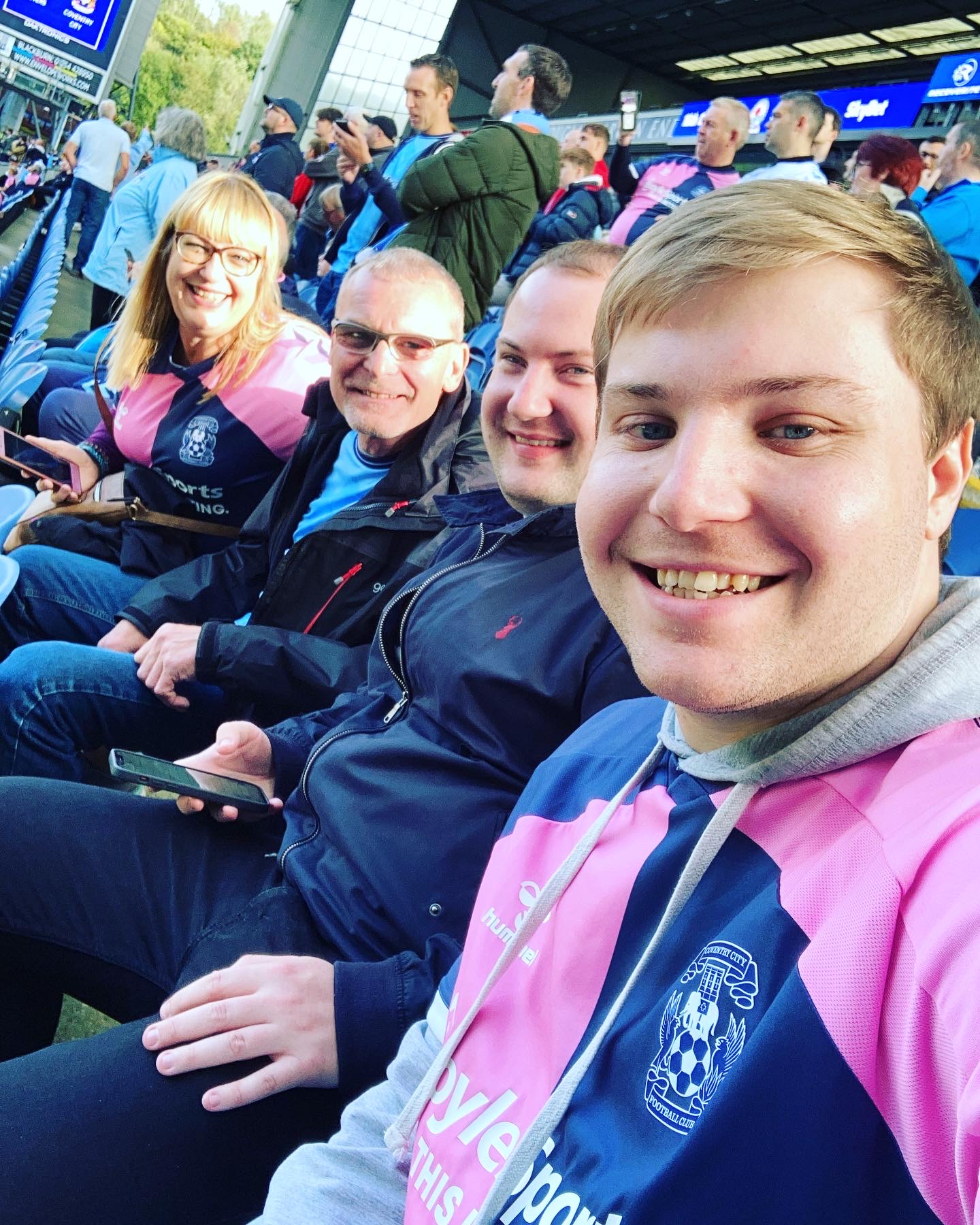 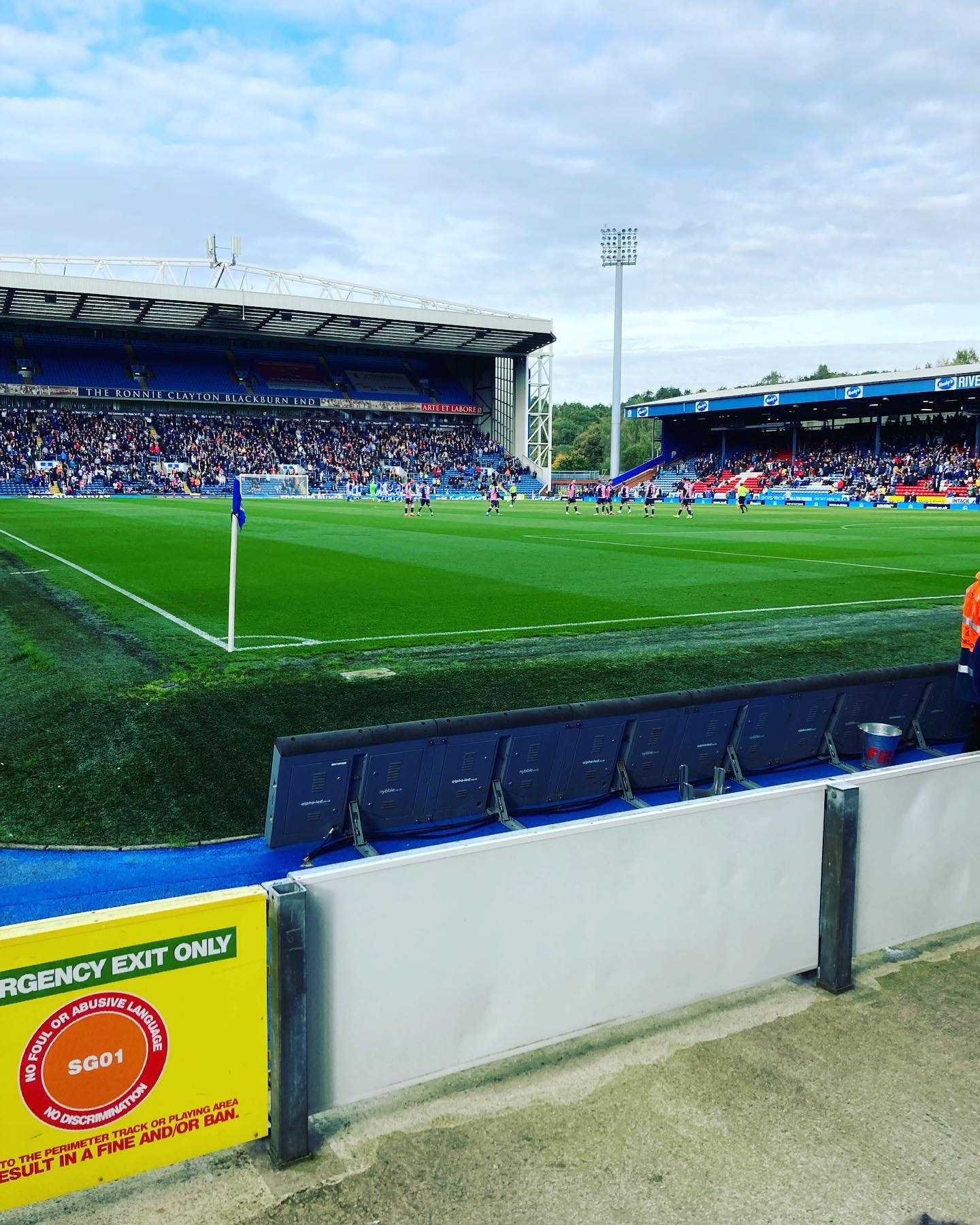 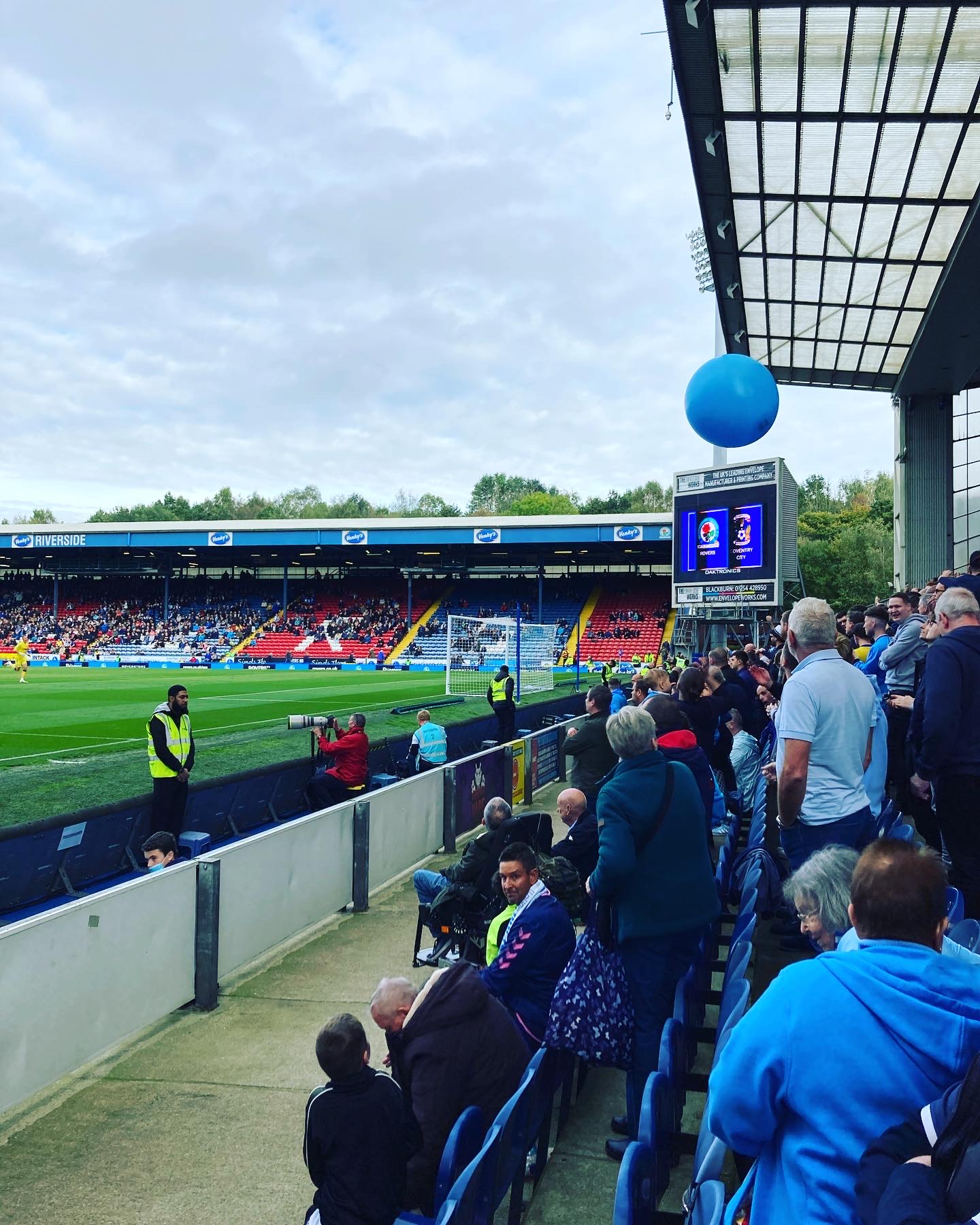 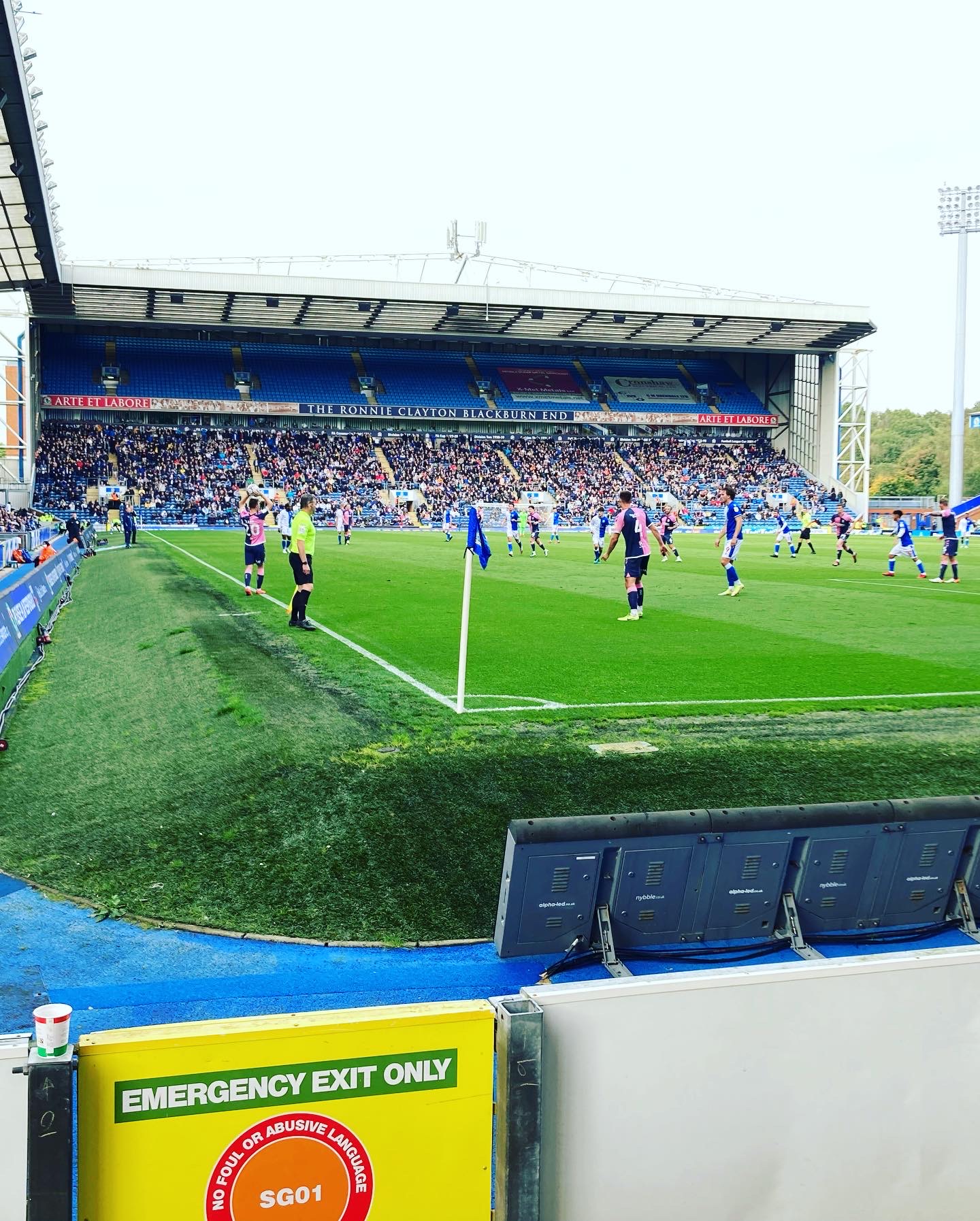 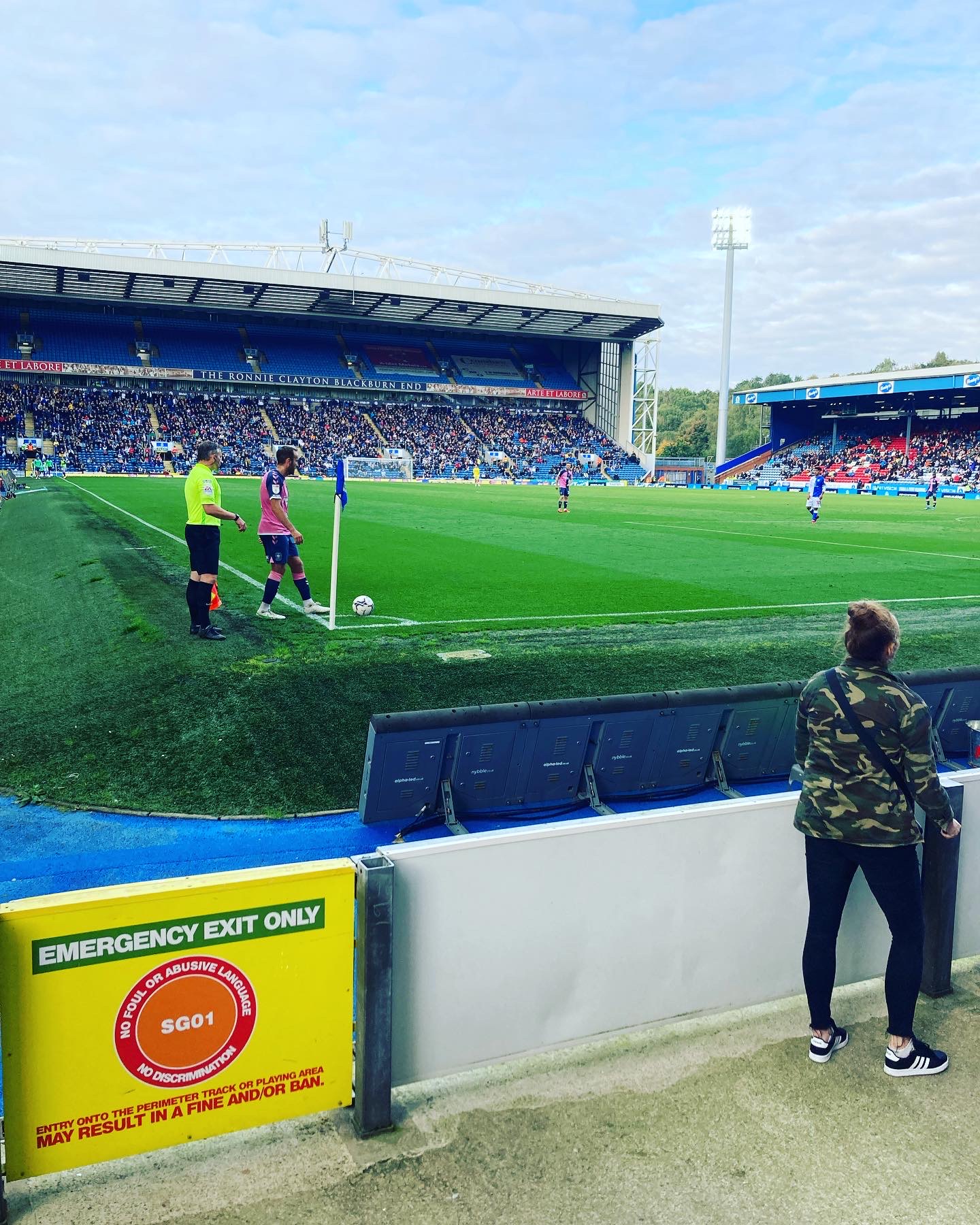 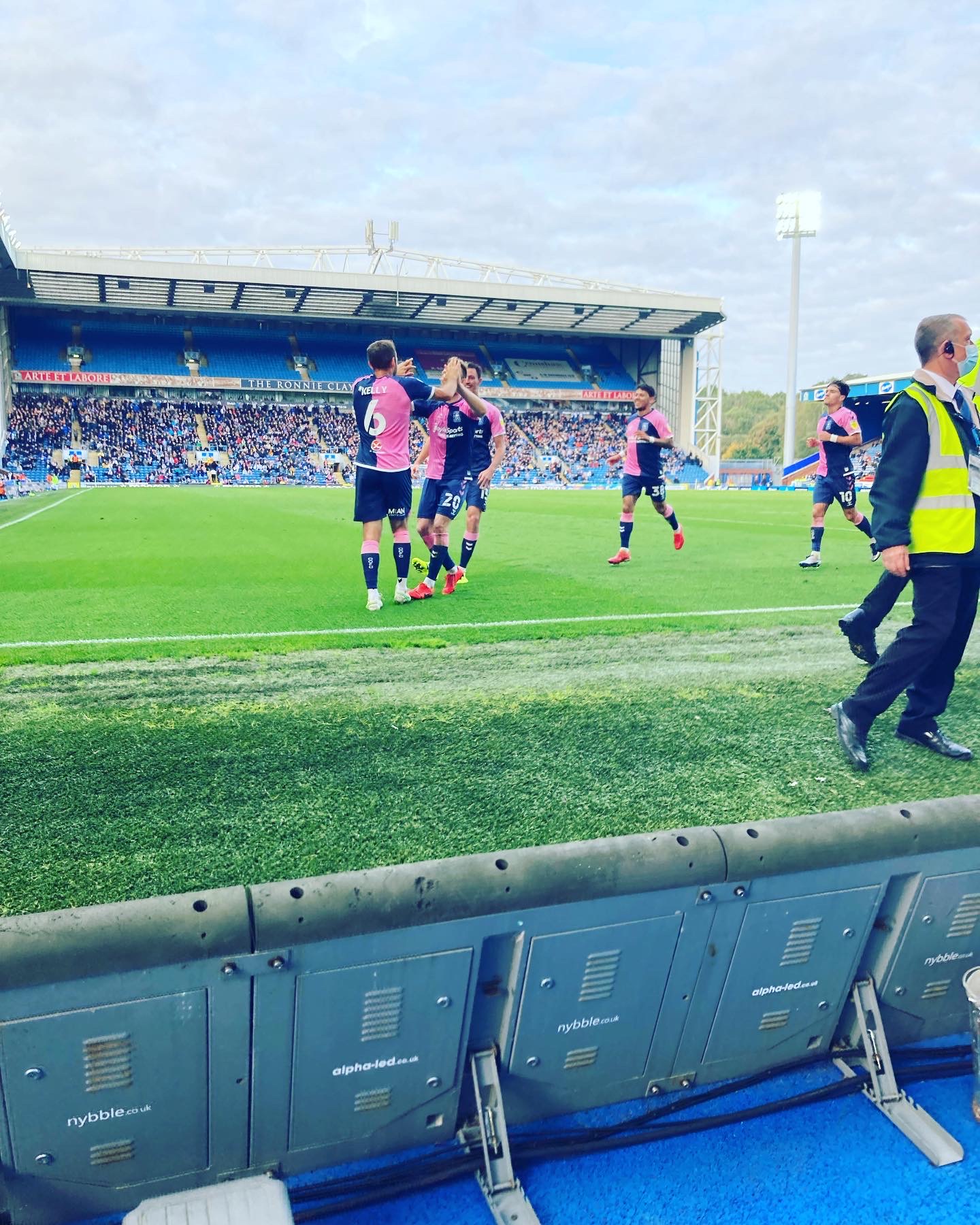