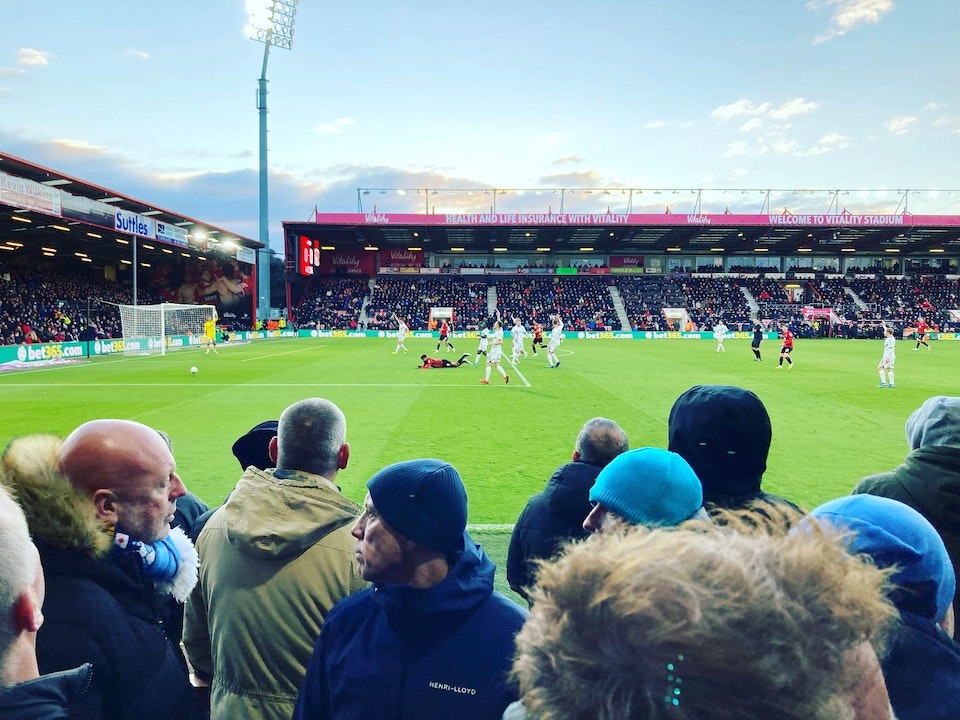 A nice day out by the seaside was on the cards for us today as the Sky Blues travelled to Bournemouth. Sadly, we weren’t exactly treated to your ideal seaside day out kind of weather, however the strong winds and low temperature wouldn’t keep the Sky Blue Army quiet in the away end (it takes a lot to keep us quiet anyway!).

I know a lot of Cov fans missed out on tickets for the game today - unfortunately due to the small capacity at the Vitality Stadium this was always going to be the case. Thankfully, my brother Joe managed to secure tickets for us pretty much as soon as they went on sale, and they sold out quite quickly afterwards! Joe also did the driving down to Bournemouth for the day and back, with a quick stop in Basingstoke to pick up his mate Nathan to join us for the game.

Ahead of kick off none of us felt confident that we would get anything from Bournemouth today - they’re a very good side and are rightly at the top end of the league. We were certainly in for a tough game, and I think everyone would’ve taken a point if they’d been offered one before a ball was kicked. Mark Robins picked an interesting side - I think injury and illness played a part in some players missing out. Viktor Gyokeres was rested, and Fankaty Dabo had to fill in at centre half in the absence of Michael Rose. We had also gone for just the one centre forward again, needing the extra man in the midfield against another side who are good on the ball.

The first half of the game was largely uneventful, with chances few and far between and both sides looking equally matched in my opinion. Bournemouth had more of the ball and used it well, but I thought we played reasonably well besides the odd loose pass here and there. I mentioned the strong winds earlier - this really played a part in the game and every long ball seemed to be caught in the air and sent back the way it came from, resulting in most of the play being kept on the floor (not that this is a bad thing though - as Brian Clough once said, if God had wanted us to play football in the sky he’d have put grass up there!).

The wind also had a chill to it, and this was certainly felt around the ground as well - I was still cold despite having 4 layers on and a woolly hat! I’d even borrowed a pair of my fiancé Hannah’s leggings to wear under my jeans to keep my lower half warm - personally I think this was a master stroke, as while it was cold I was warmer than I otherwise would’ve been! Am I a genius? That’s for others to decide I suppose. I may well use the same trick at games to come as well, if she lets me - thanks babe!

Approaching half time, myself, Joe and Nathan were all of the opinion that 0-0 at the break was fair and we would’ve been satisfied with this. Sadly, Jaidon Anthony had other ideas. Receiving the ball out wide on the left, he was allowed to cut the ball on to his right foot and swing a cross into the box. I think the flight of the ball was helped a little by the wind, but it caught Simon Moore out and he couldn’t react in time to stop it sneaking into the far corner. I thought it was going wide from where I was! He definitely didn’t mean it, but they all count I suppose.

Despite this setback, I still felt that we were in the game and had every chance of getting something if we could create a chance or two for ourselves in the second half. I thought Jamie Allen and Ben Sheaf in particular had had good first halves, Todd Kane and Ian Maatsen on the wings had also done well.

As the second half got into full swing I felt in general we had improved, but Bournemouth still looked very dangerous when they got forward. We weren’t helped either by our sloppiness on the ball, with Fankaty Dabo being the most guilty party for this - those who read the blog will know I really rate him and I think he’s a fantastic player, however it’s fair to say that he’s had better games than he had today. Granted, he was playing out of his natural position, but he lost the ball so many times when looking for a pass into midfield it was quite frustrating. What’s worse for Dabo is that Todd Kane played well, so we could even see him dropped soon if he has another game like he did today which would be a real shame!

Bournemouth went close through Phillip Billing at one point, however he could only hit the side netting after rounding Simon Moore. We then changed our shape and brought Viktor Gyokeres on to partner Matty Godden up top, with Jamie Allen making way - Robins could clearly sense the opportunity to go and nick a point!

Of course, we promptly went 2-0 down. A free kick from Billing was blocked but the ball came back out to a Bournemouth player - they worked the ball wide to Anthony again, who again checked back on to his right foot and put a cross in from the left. Billing gambled and nobody had gone with him - he was able to get the vital touch he needed to steer the ball past Moore and leave us with a real uphill battle for the rest of the game. The cross from Anthony was excellent in fairness!

From this point, I have to say I did think it was game over - until about a minute later, when Matty Godden was brought down just outside the Bournemouth penalty area. He had nipped away from the defender Jefferson Lerma and got a sight of goal, before he was taken out by Lerma - the referee rightly produced a red card for the denial of an obvious goal scoring opportunity. The free kick we gained from this came to nothing, but with an extra man there was a belief about the players, and you started to think that just maybe we’d be able to get something.

We pushed, but every time we got forward it just seemed that the last pass we needed to get a shot away just wouldn’t come off for us. Bournemouth almost scored a third, with a header that Simon Moore just about managed to get across to at the back post - it was beginning to look like it wouldn’t be our day, however we didn’t give up and kept pushing for a goal. A couple of times we forced a save from the Bournemouth keeper Travers, something we hadn’t really done all game - a couple of corners were won, with the wind at our backs giving us a helping hand and Todd Kane whipped a free kick from the edge of the box goalwards as well, but Travers was able to keep it out.

Finally, the breakthrough came around the 85th minute mark through Matty Godden - Liam Kelly found some room in the box to stand the ball up at the back post, which Godden volleyed in. The keeper was nowhere, and the man on the line couldn’t keep the ball out! It was a great moment and now we really believed we could get another one before the end. Mark Robins sent on Tyler Walker for the last few minutes, meaning we had 3 up top and we had Bournemouth camped in their own half, so why not? Consider the kitchen sink thrown!

Into stoppage time and still we searched for an equaliser to no avail. And then, in the 94th minute the ball was played through to Todd Kane on the right of the box - Kane then put in what was surely a cross, but it sailed over everyone and into the far corner of the net! I thought he had just over hit the cross and in truth, if he was looking for a player in the middle it was a terrible ball in, but Travers was caught in no mans land and again the wind must have played a part in sending the ball into the net. Who cares though, it was an equaliser and we’d earned a hard fought point!

It was pandemonium in the away end, with people falling over each other and celebrating like we’d just won the game - to be honest, it felt like a winning goal! A special moment and one that I feel privileged to have experienced. Proper limbs, scenes and whatever else you want to call it! This is why following your club home and away is so great, especially clubs like Coventry City. It’s all worth it for the highs like today! The scenes at the end of the game were brilliant, with the Sky Blue Army in full voice and everyone in party mode even after the final whistle had gone.

In truth, without the sending off the result probably would’ve been different but that’s football isn’t it? Even with 10 men I thought Bournemouth were still excellent, we just had the momentum (in the last 10 minutes especially), but I don’t think we played badly today despite going 2-0 down. Bournemouth are a very well drilled side and they play the ball around really nicely, they were a level above us today no doubt about it - it’s a level that we’re building towards though and we’ve shown today that we can cut it with the likes of them at this end of the league! As I said before, Dabo has had better games but everybody else today looked pretty good. Encouraging signs after two disappointing draws prior to today.

I love this team! 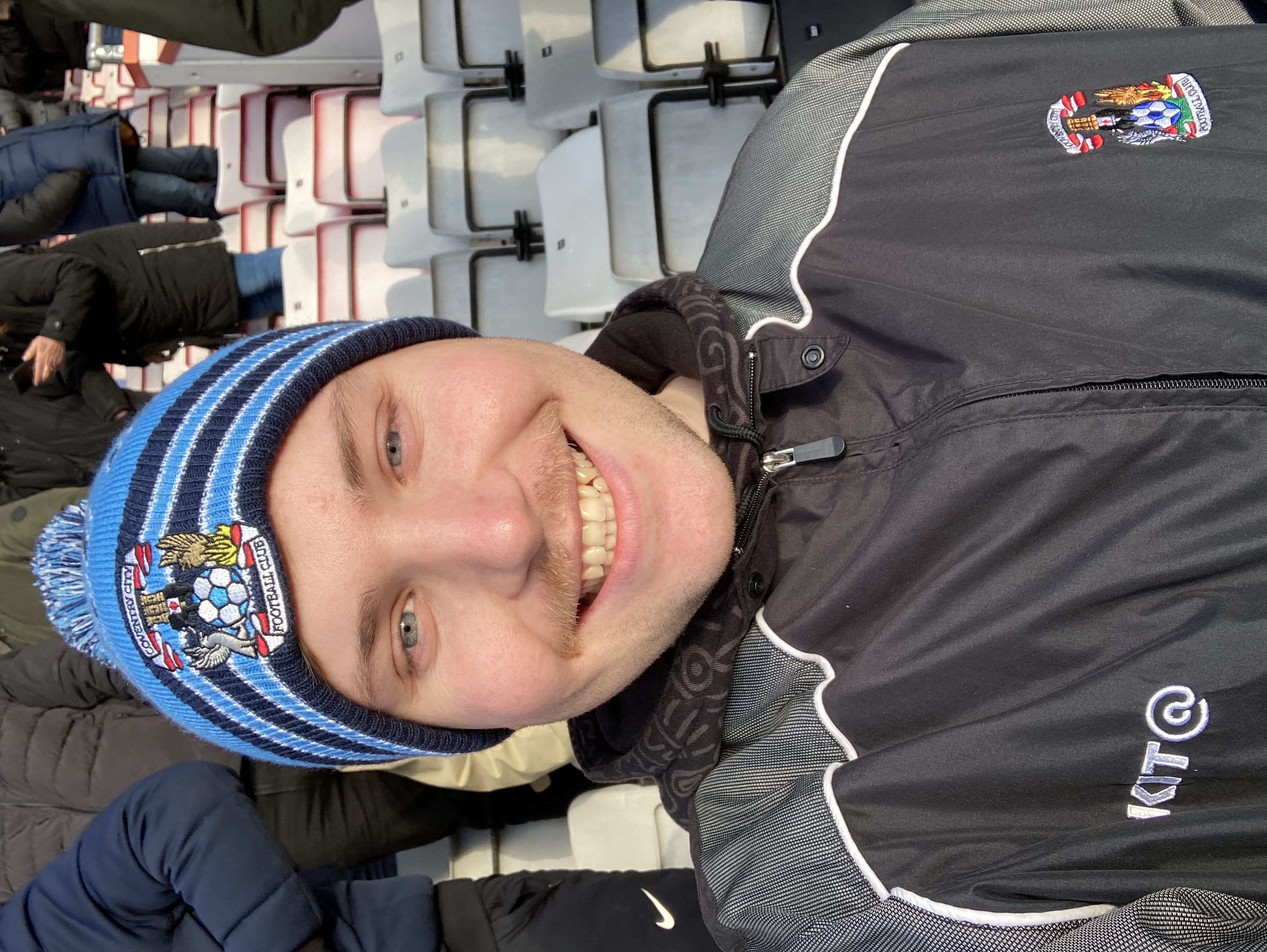 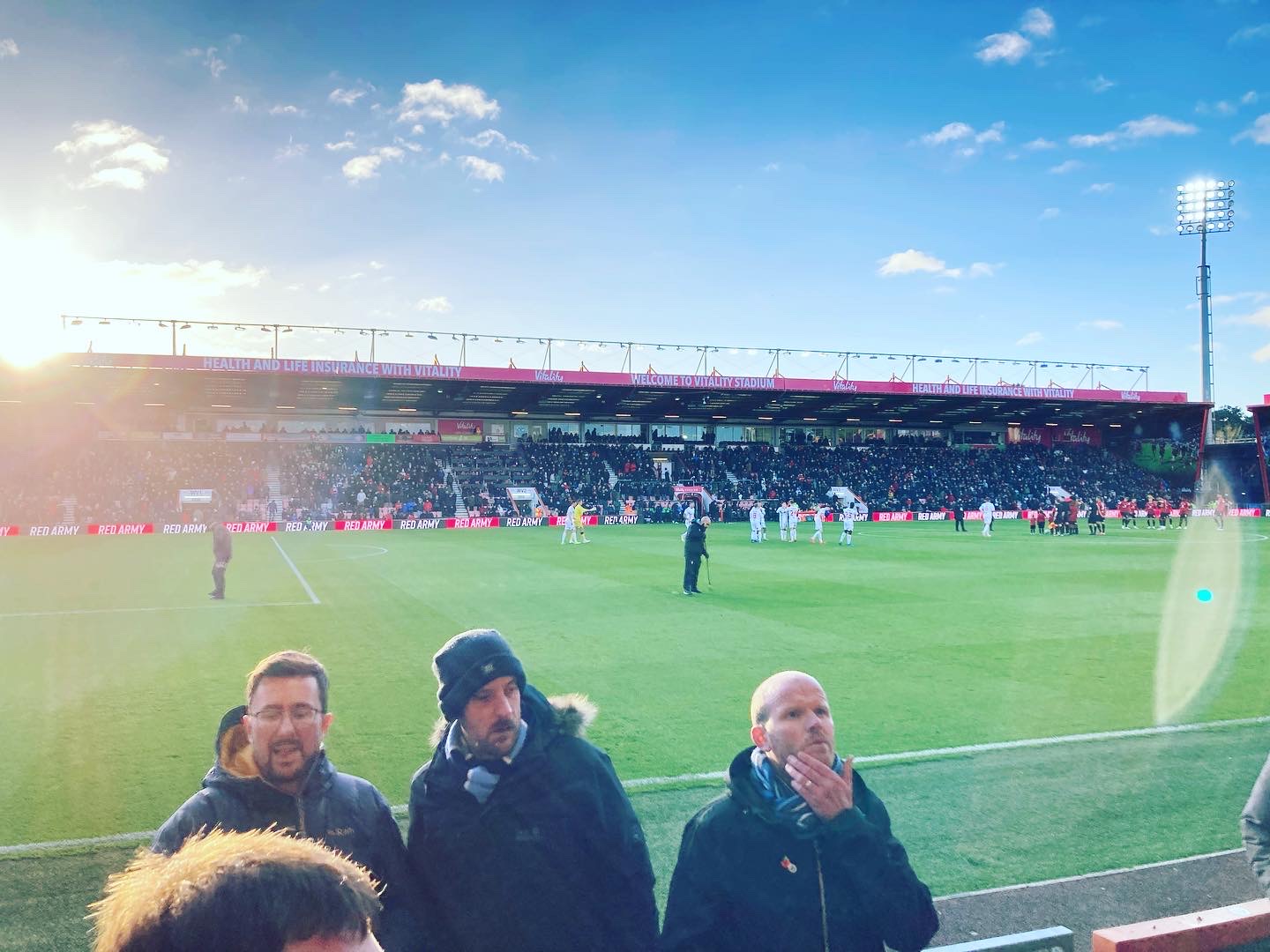 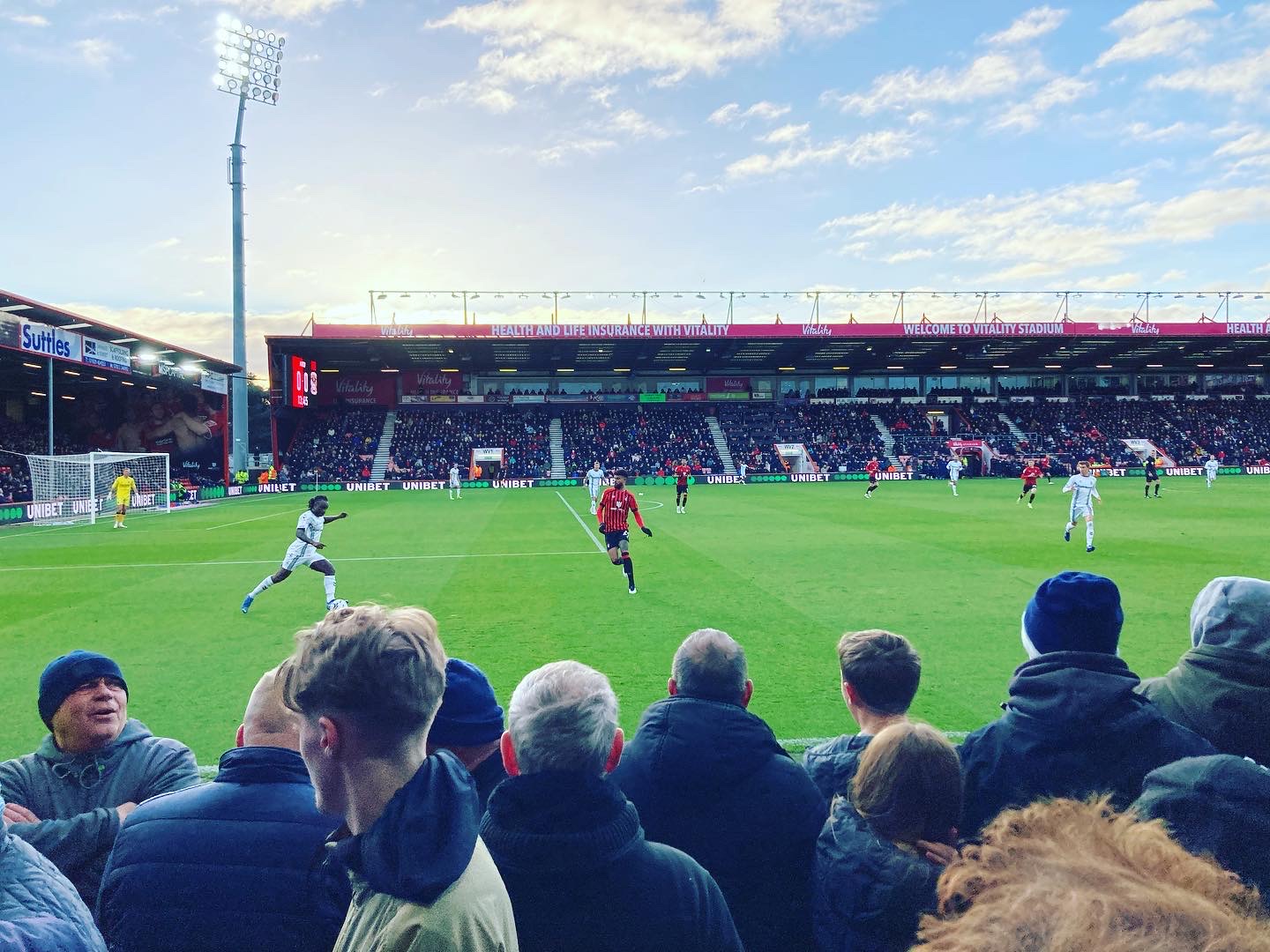 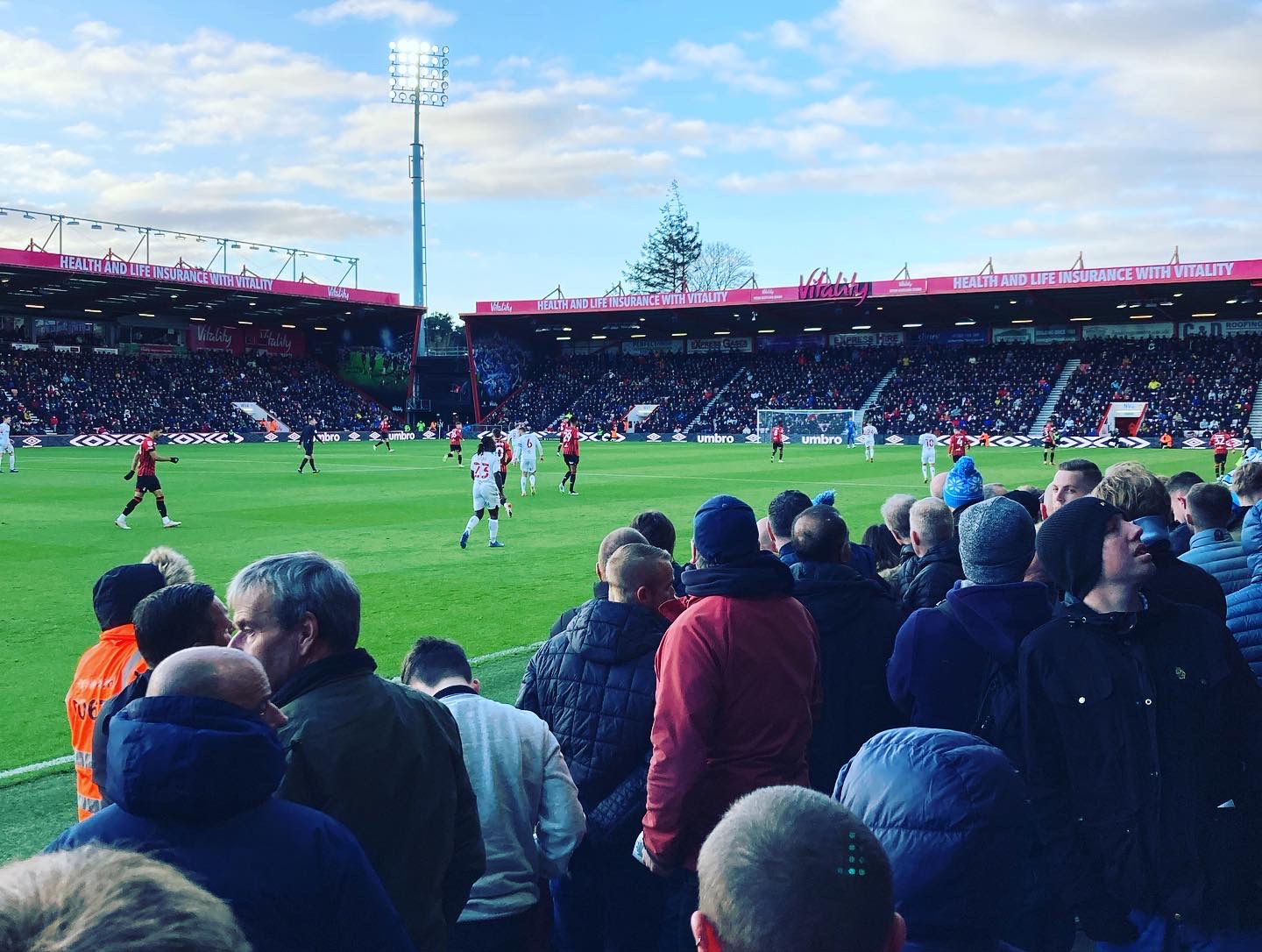 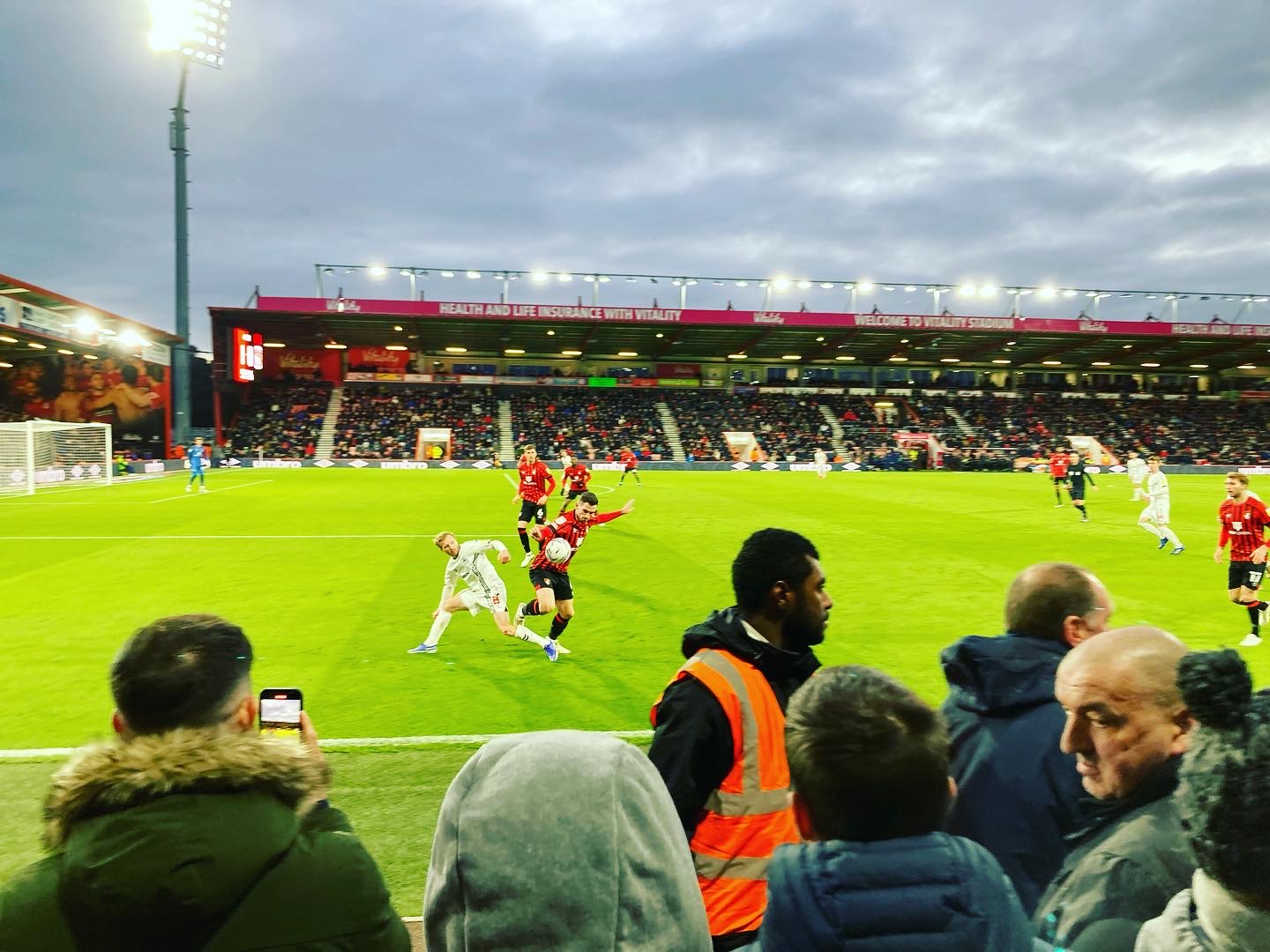 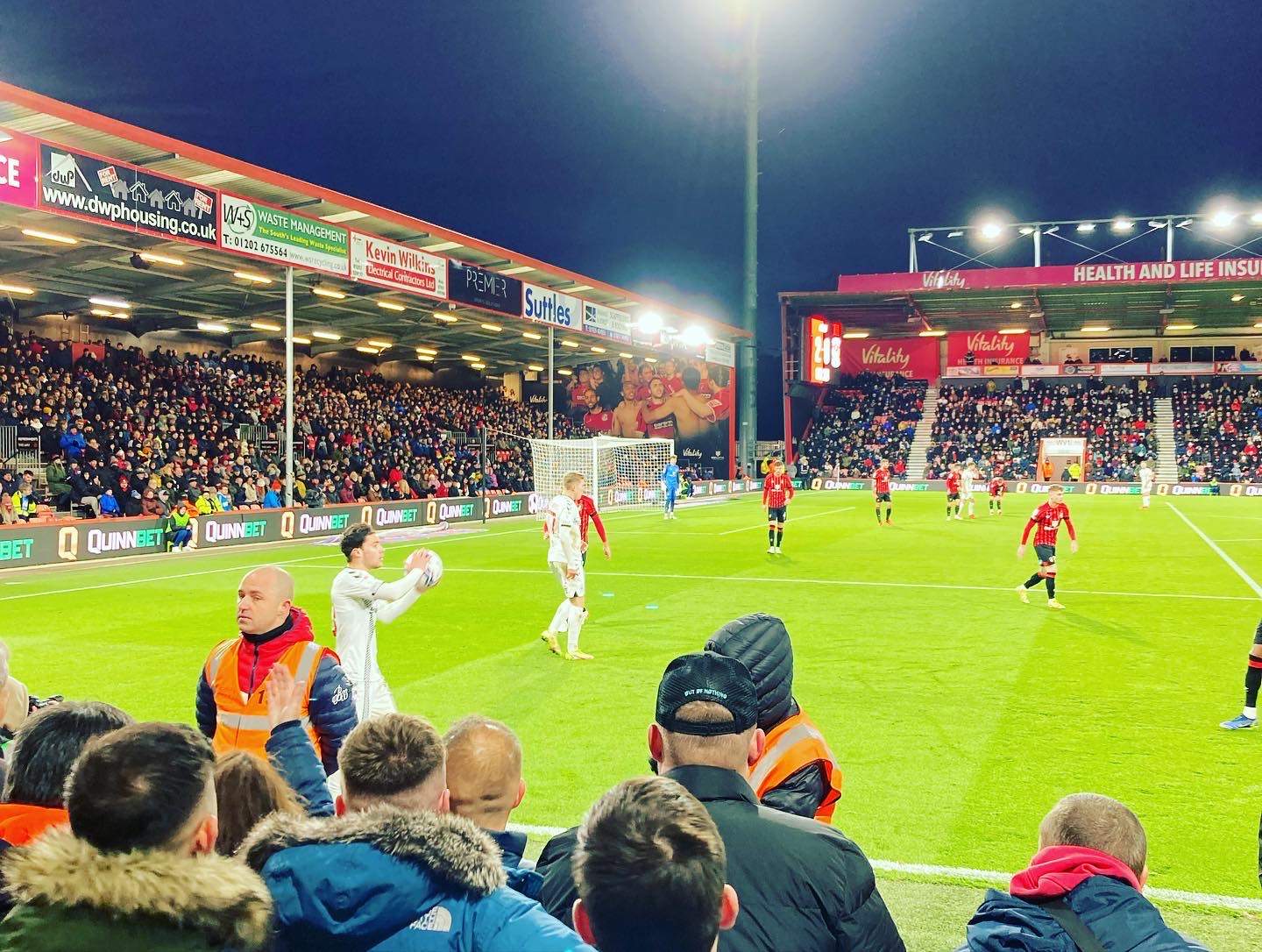 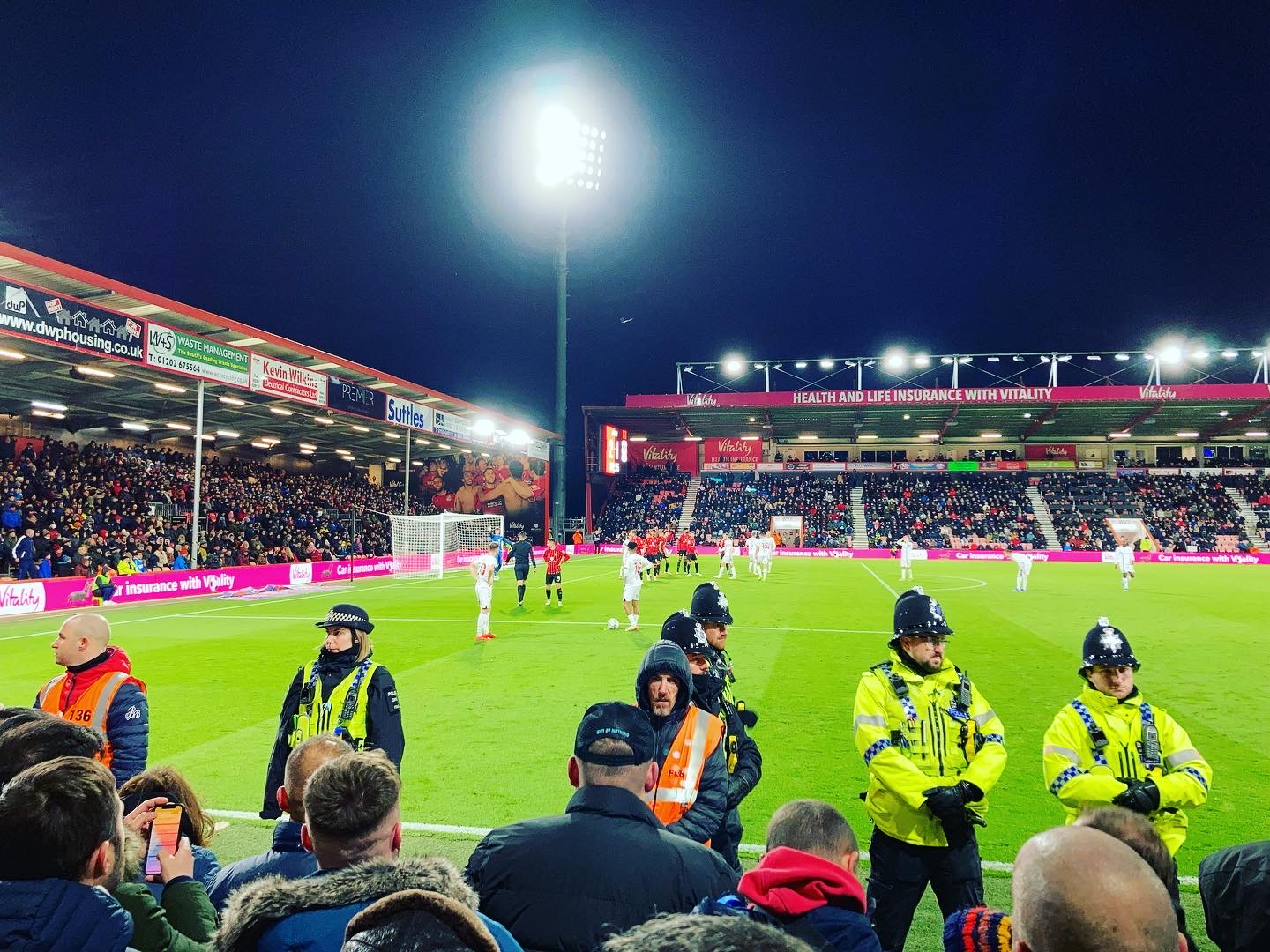 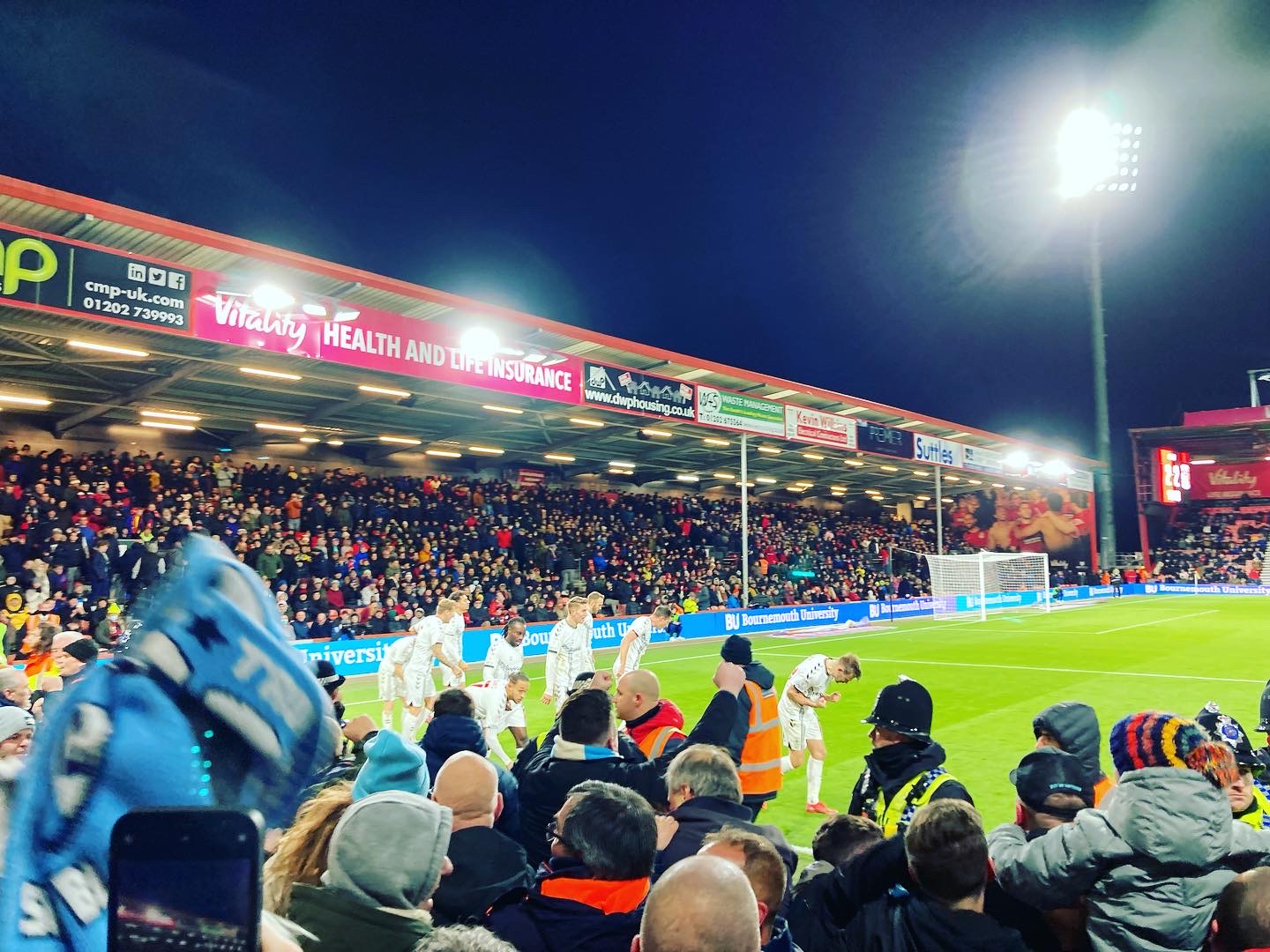 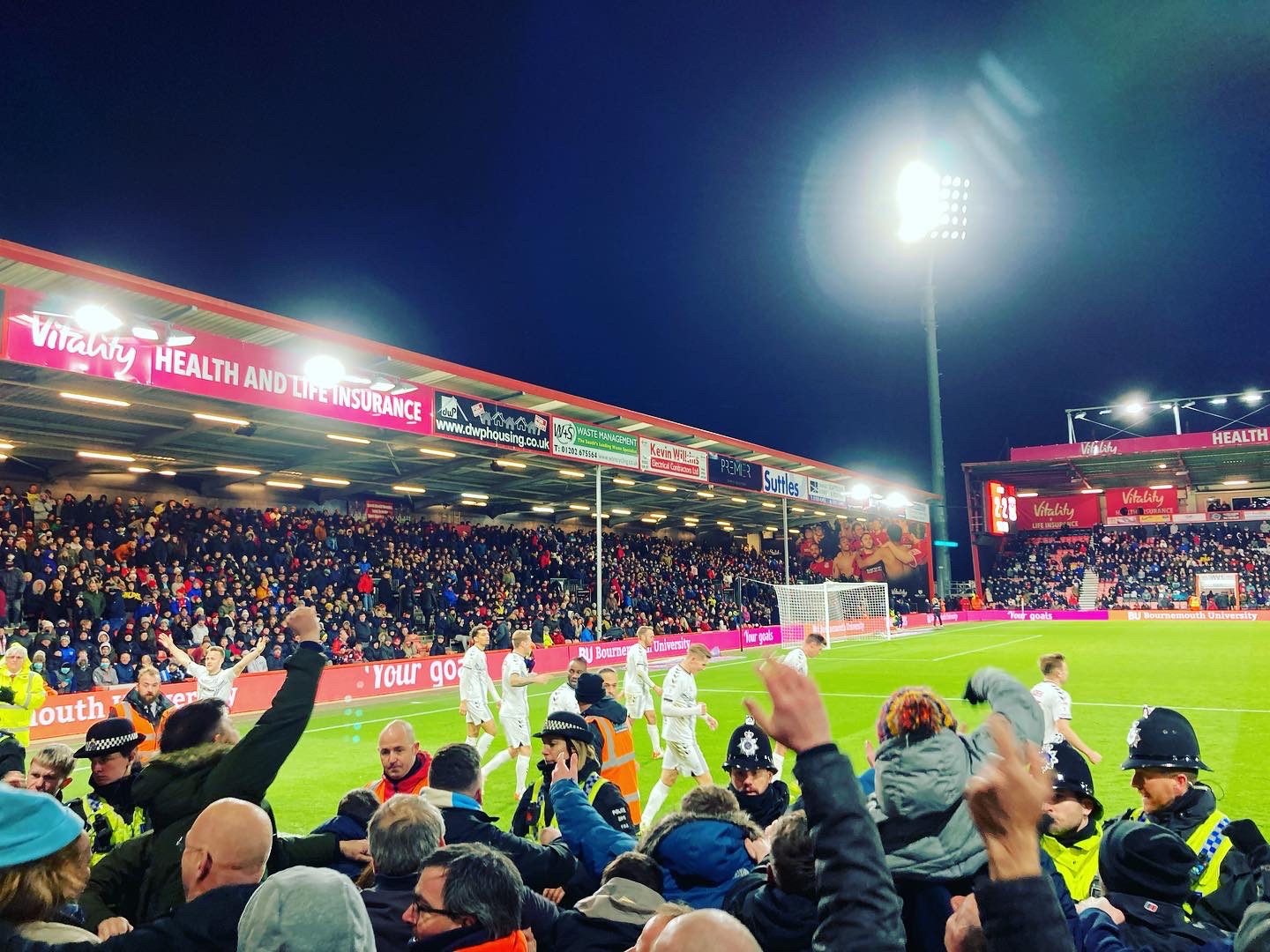 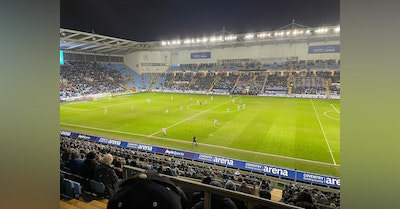 The Sky Blues faced Stoke tonight in a fixture that should’ve taken place in December, but was re-arranged due to COVID. Following our defeat at ho… 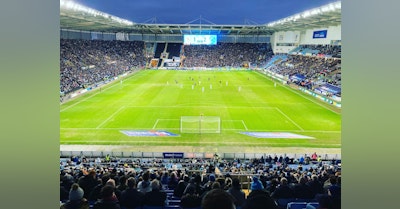 Saturday is my favourite day of the week. It’s the weekend, I’m not at work and there’s plenty of football to watch - what’s not …