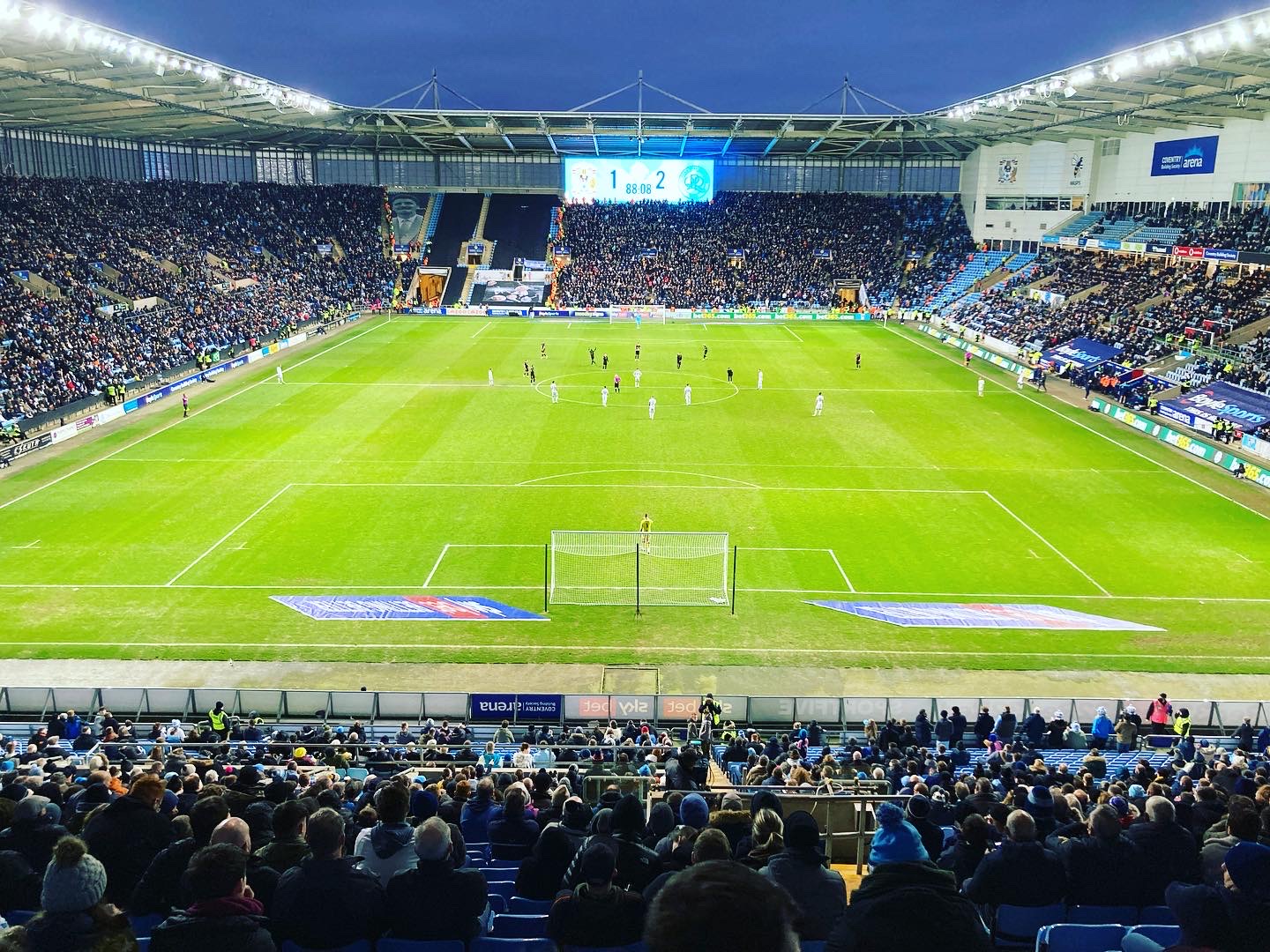 Saturday is my favourite day of the week. It’s the weekend, I’m not at work and there’s plenty of football to watch - what’s not love? I wasn’t able to see the game away at Peterborough last week due to family commitments, so ahead of today’s fixture with QPR I was absolutely buzzing. I’d missed a cracker the week before (4-1 to the Sky Blues!), and against another play off chasing side in QPR today I was expecting a good game that realistically could go either way! Both sides have players of real quality in, there was a potential for goals and I was hopeful that we would come out on top, but also well aware that QPR would be no pushovers.

The Sky Blues were sadly without Matty Godden today, and it seems he’ll be out for the next few weeks minimum after developing appendicitis during the week. I believe he’s ok and had his appendix removed, and I wish him a speedy recovery! It’s a shame to lose him after his recent good form in front of goal, but at the same time the opportunity was there for big Viktor Gyokeres to get back in the side today. He’s in dire need of a goal, so a good run of games back in the team may do the trick. I was hopeful that Martyn Waghorn might get a start today as well, but Mark Robins opted for a lone striker and more bodies in midfield again as he has done for the last few games. It’s been effective, particularly with Jamie Allen and Callum O’Hare as our attacking midfielders, so I couldn’t really have too many complaints but I’m of the opinion that Gyokeres needs a partner up front from what I’ve seen this season. It was good to see however that Simon Moore had been given his place back in goal, and I was keen to see how Jordan Shipley would get on as he had kept his place at left wing back after last week’s display.

I went up to the game today with my mates Callum and Kai, who both shared my thoughts on Gyokeres but who were equally as hopeful that we’d see a win today. Callum bought himself a steak pie before the game, but sadly could only give it a 5/10 as he burnt his tongue on the filling. This was possibly an omen that today might not be our day! I did experience something completely new to me ahead of kick off though - I actually won on SkyBet EFL rewards! I’ve been spinning the wheel after checking in at games for months and I’ve won absolutely nothing, so I was excited when I landed on a winning square! I don’t actually know what the prize is yet, but I’ve had an email so hopefully it’ll be something decent like a signed shirt!

It was weird to see us lining up at home in an all white kit, but it’s a nice touch that the team have worn the special ‘Ricoh Return’ kit that was exclusive to Season Ticket holders at the beginning of the season. It’s a nice looking shirt after all, but I prefer us in Sky Blue if I’m honest! At least it didn’t seem to impact our performance though - almost immediately Jamie Allen was played through for a one on one with the QPR keeper David Marshall, but on his left foot he couldn’t squeeze it past the Scot to put us ahead - what a start it would’ve been!

QPR then had a one on one of their own almost instantly, but Simon Moore was off his line quickly to make a smart save. It didn’t take long before the game had a goal though - QPR went ahead inside 7 minutes, after Chris Willock played Andre Gray through. Gray finished neatly across the goal into the bottom corner - a well taken goal, but I thought there had been a foul in the build up as Ben Sheaf looked to be dragged backwards off the ball, which allowed Willock to nip in and steal position. The referee obviously didn’t see a foul though!

Jamie Allen was played through again minutes later in what was proving to be an end to end game of football, but this time on his right foot his effort was straight at Marshall who saved comfortably. We had a number of chances to score following this, and I couldn’t believe that we hadn’t equalised as the game approached the half hour mark - Gyokeres had gone close, O’Hare had a volleyed effort tipped just wide. We were all over QPR but just couldn’t force our way through to level the scores, and ultimately we ended up going into the break still 1-0 down. A game that had seemed like it would be end to end had really seen us in the ascendency for the most part, and we certainly didn’t deserve to be losing at half time. Nobody in white was having a bad game - Gyokeres was working hard, Allen was making a lot of good runs, Hamer and Sheaf were controlling the midfield as usual. I thought Jordan Shipley had done reasonably well down the left too, we just needed to be more clinical in front of goal! Matty Godden’s absence was definitely being felt - I’m confident he would’ve scored either of the chances Jamie Allen had had.

We started the second half very brightly, immediately putting QPR on the back foot again and trying to carve out a goal scoring opportunity. Viktor Gyokeres went close after a ball from the right hand side, but it was just nipped away from him before he could get on the end of it. From the resulting corner though came an absolute wonder strike! Todd Kane played a bouncing ball into Jordan Shipley on the edge of the box - Shipley caught it absolutely beautifully on his left foot and curled it right into the top corner of the net. It was a really sweet strike, I’m not sure if it’s been worked on on the training ground or if it was pure instinct but it was brilliant!

Unfortunately, in the celebrations after Shipley’s goal I believe a steward fell and hit their head, knocking them unconscious over in the corner of Block 14 and 15. The paramedics and club physios were incredibly quick to react, and immediately went to provide medical attention - the restart was delayed as a result for around 10 minutes while the steward was looked after but I think they were alright in the end! I wish them all the best.

After the restart, we continued to keep the pressure on and create chances - Viktor Gyokeres went close again, with an effort across goal that flashed just wide of the far post. Gustavo Hamer went through at one point and forced Marshall into a good save - Gyokeres following in was just beaten to the rebound by a defender. We had all the momentum but again were struggling to find a way through!

Almost inevitably though, QPR scored with what was their first chance of the second half to go 2-1 up. Chris Willock was allowed to put a cross in from the left on his right foot, which was met by Albert Adomah at the back post - the header went back across Simon Moore who just couldn’t reach it to keep it out as he’d been moving towards the back post. It was a case of poor defending from the Sky Blues really - the cross should’ve been stopped, and Adomah shouldn’t have been winning that header but debutant Jake Bidwell had allowed him to get to the ball first (Bidwell had come on for Shipley - he had seemed decent enough, but didn’t have any real moments of note besides this one).

Martyn Waghorn was introduced, on for Jamie Allen immediately after the goal, as the game moved into what would be 16 minutes of added time due to the stoppage after the City equaliser. We continued to throw everything at the visitors but they held on, Marshall saving everything and denying us another goal - Hamer went clean through again at one point and had a clear sight of goal on the edge of the box, but opted to try and slip Waghorn through rather than shooting! I’m really not sure why, it seemed a case of very poor decision making from a player who just didn’t know what to do in that area. Waghorn would ultimately have a golden chance blocked by a QPR defender after some good play down the right had allowed us to slip a ball across the box - QPR were absolutely besieged in the final minutes but we couldn’t break through.

I can’t believe that we’ve come away from the game with nothing. We had been the better side overall, particularly in the second half as we absolutely battered QPR, but they somehow managed to pull off a daylight robbery and keep us from getting even a point. I would’ve taken a draw before kick off, but we really dominated the game and deserved more than what we got in the end!

One thought I had after the game though was that Fankaty Dabo will struggle to get back into our side now - Todd Kane has pretty much cemented his place at right wing back, and with Jake Bidwell coming in and Jordan Shipley doing a solid job on the left I can’t see Dabo getting much football when he’s back in contention. I’d like to see us bring another centre forward in before the end of the transfer window - with Tyler Walker leaving for Portsmouth on loan in the week and Matty Godden now out for a few weeks, I think we need a bit more depth up top and some more goals, as big Vik’s drought continues. Elsewhere though we seem fairly solid, but defeat today has left us 7 points off the play offs and Tuesday night’s re-arranged fixture with Stoke now is an even bigger game than it already was. It’s a must win if we want to stay in the hunt for the play offs in my eyes.

Still, at least I’ve won a mystery prize from Sky - I hope it’s a good one! If I’m left with just a free Papa John’s I’ll be fuming. 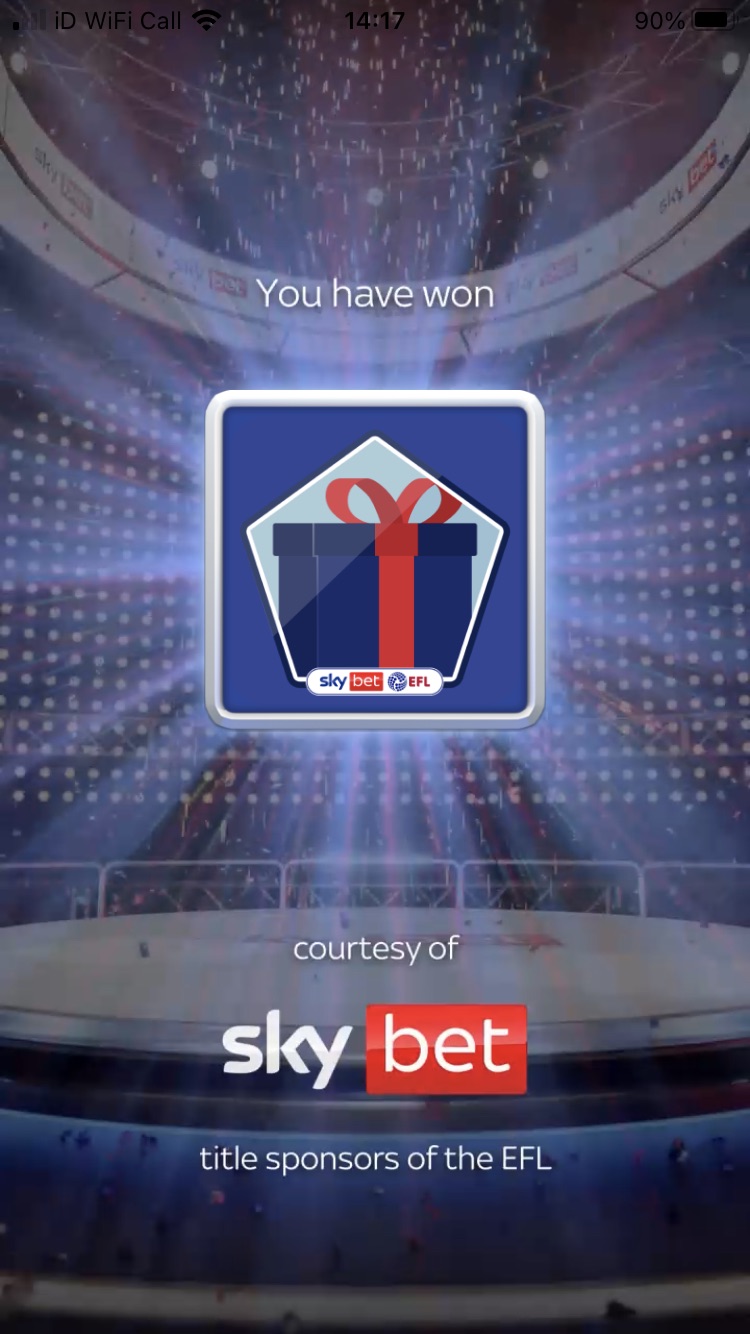 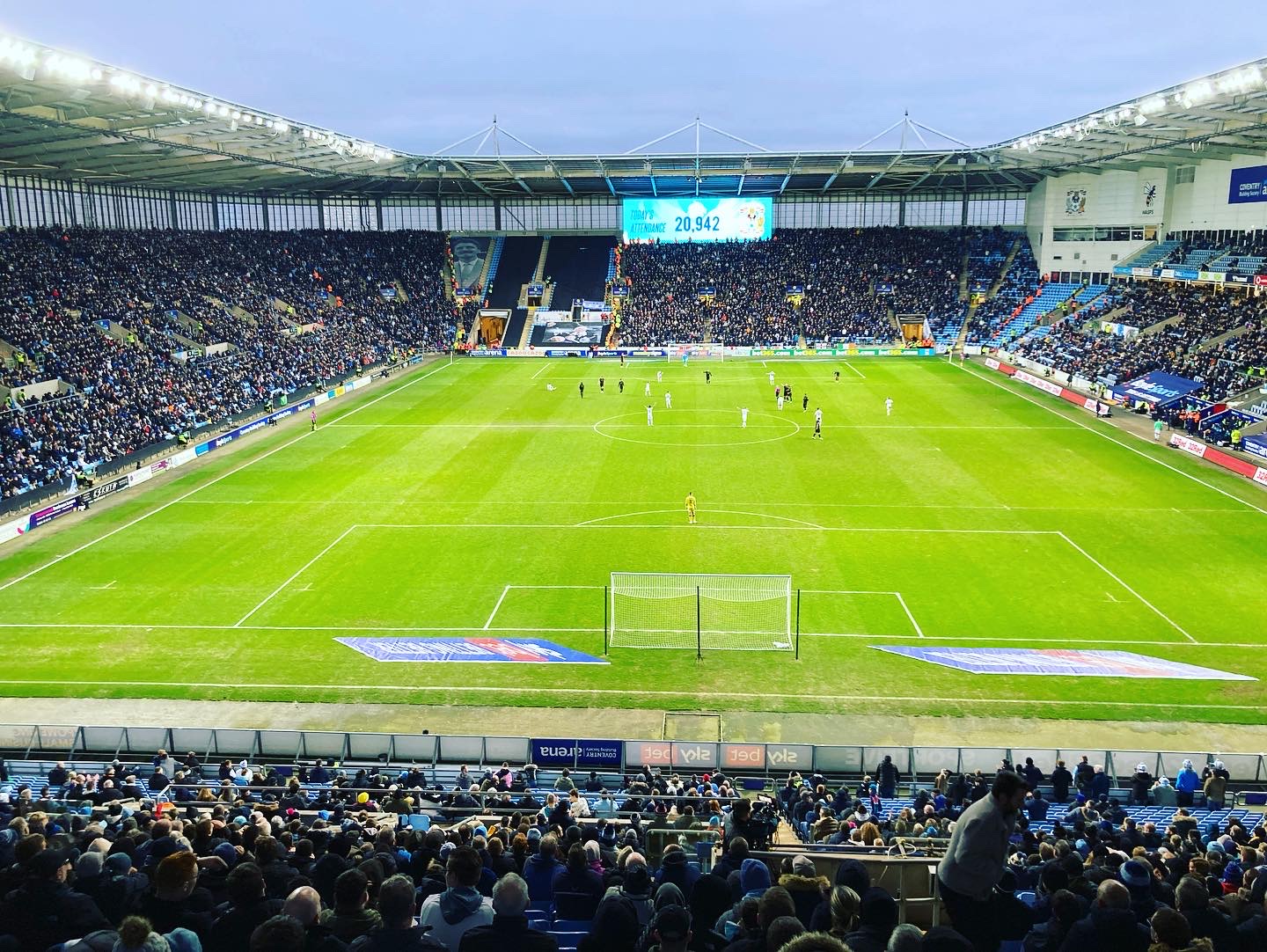 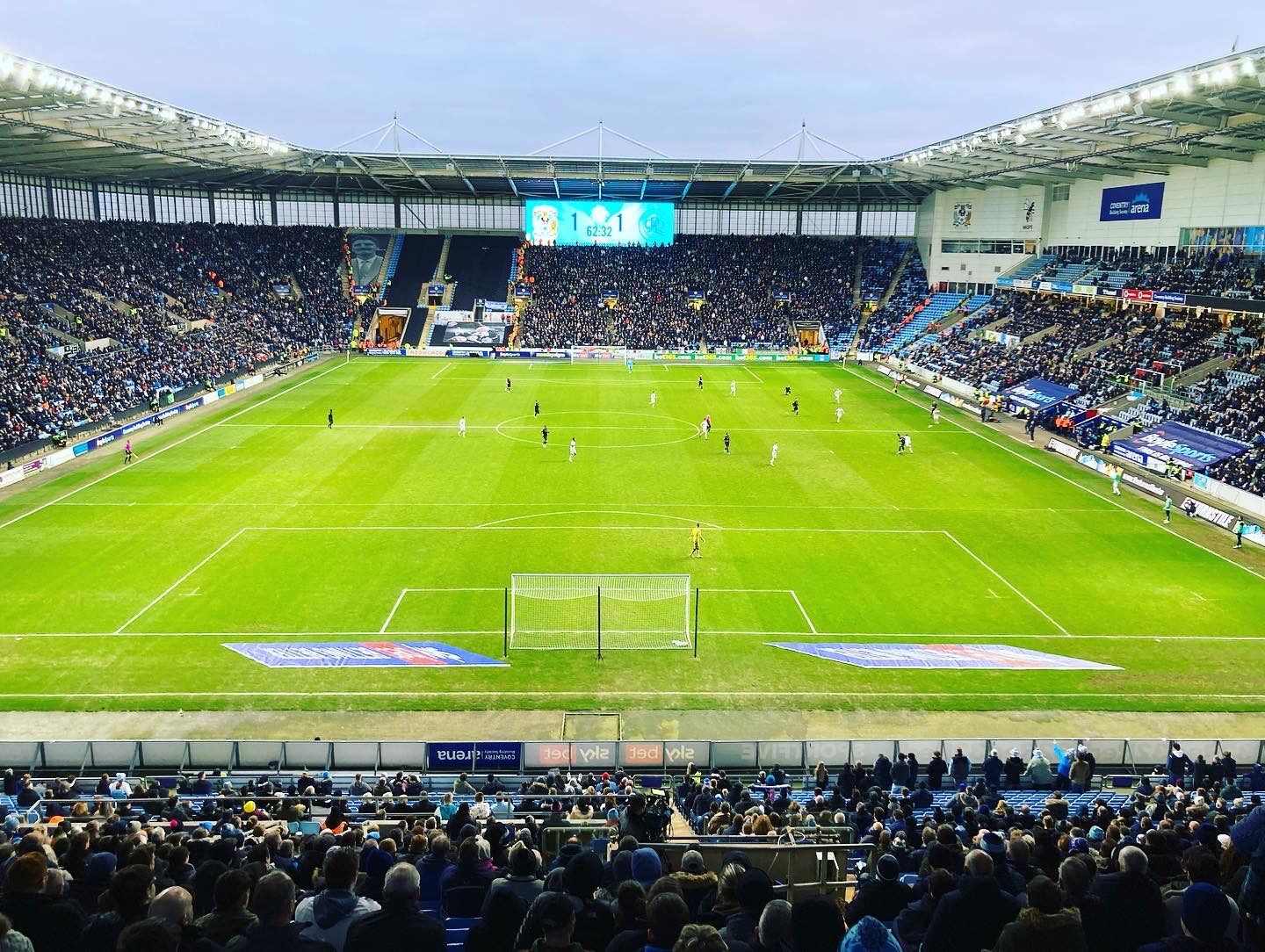 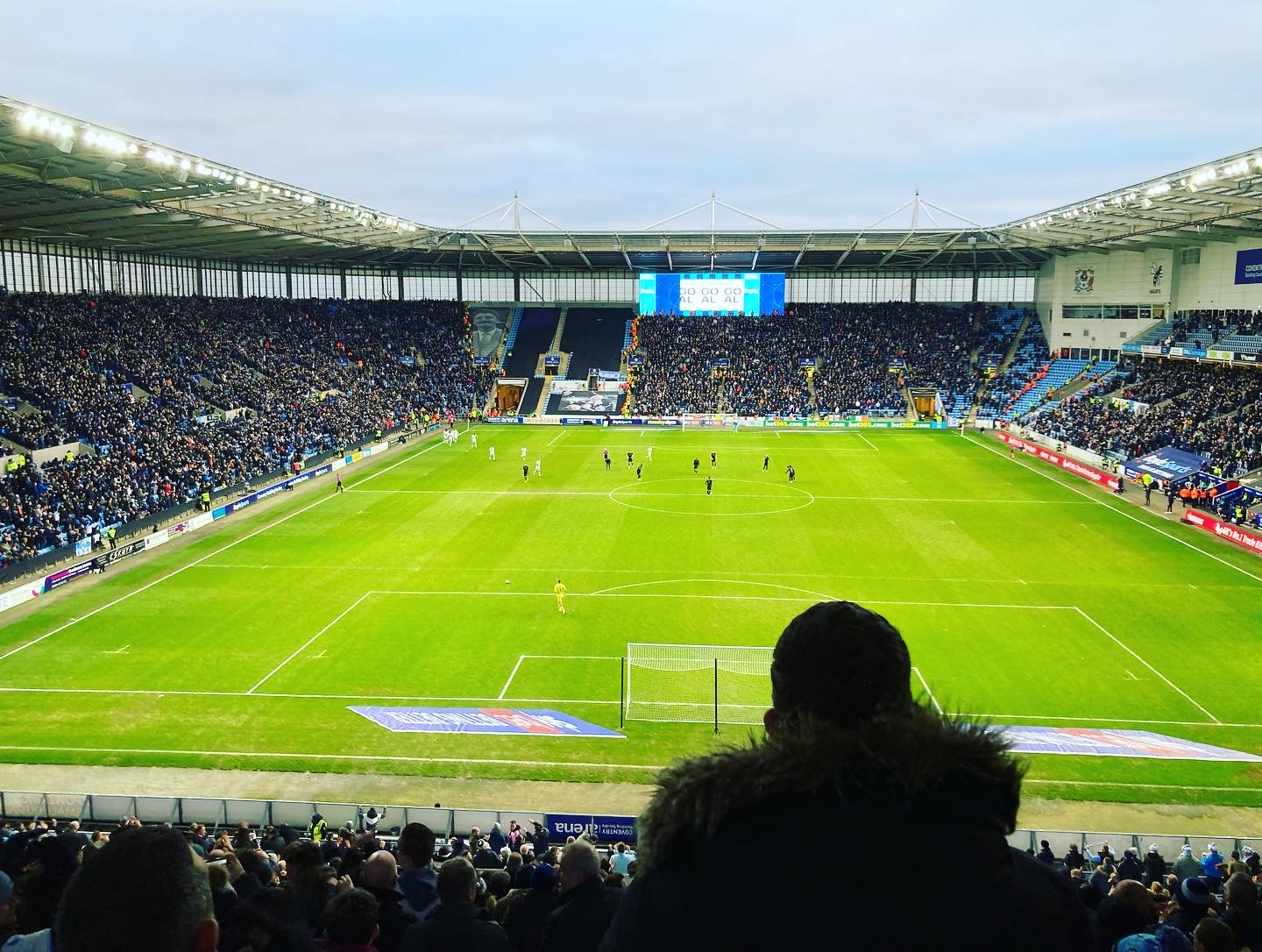 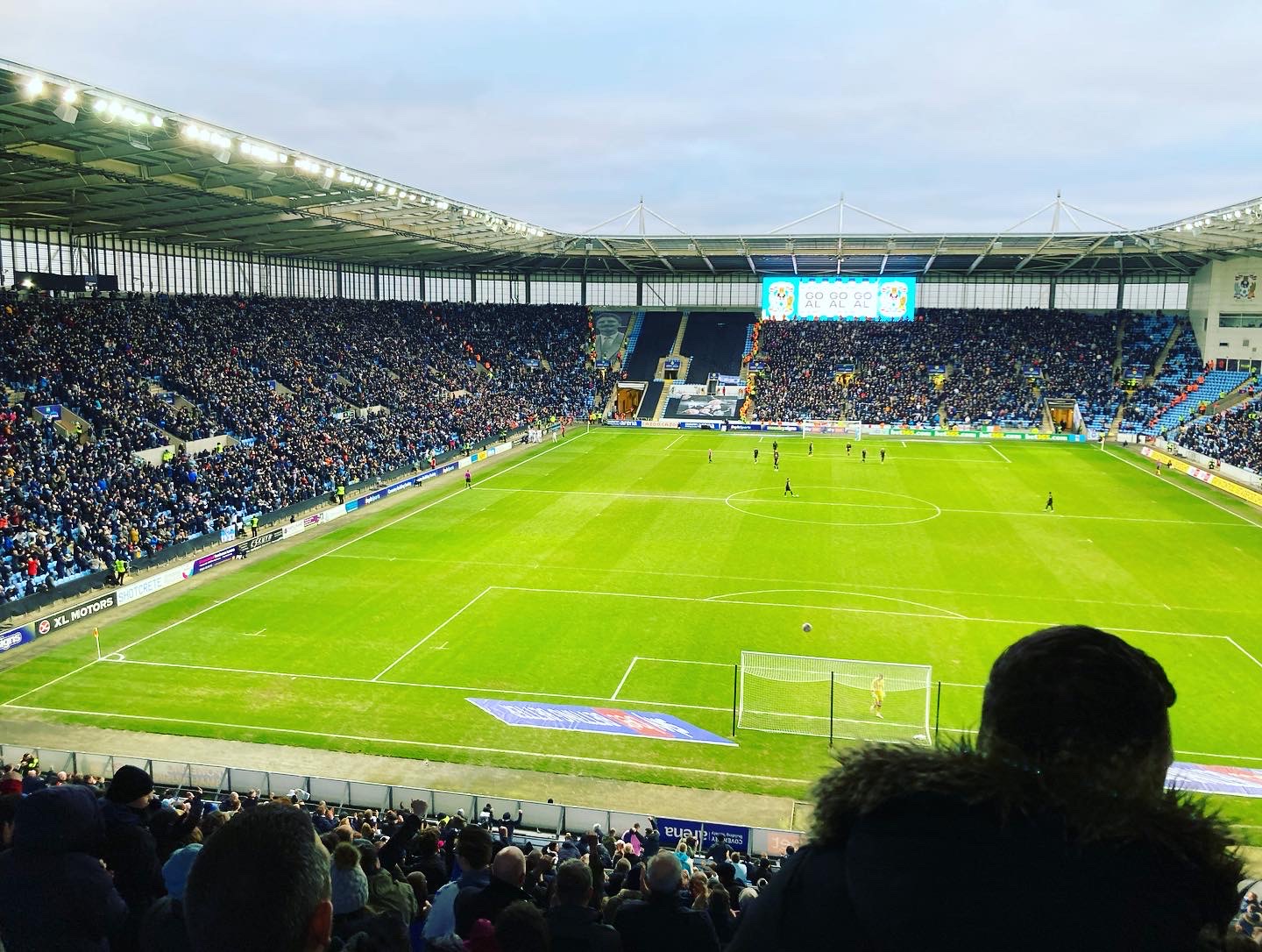 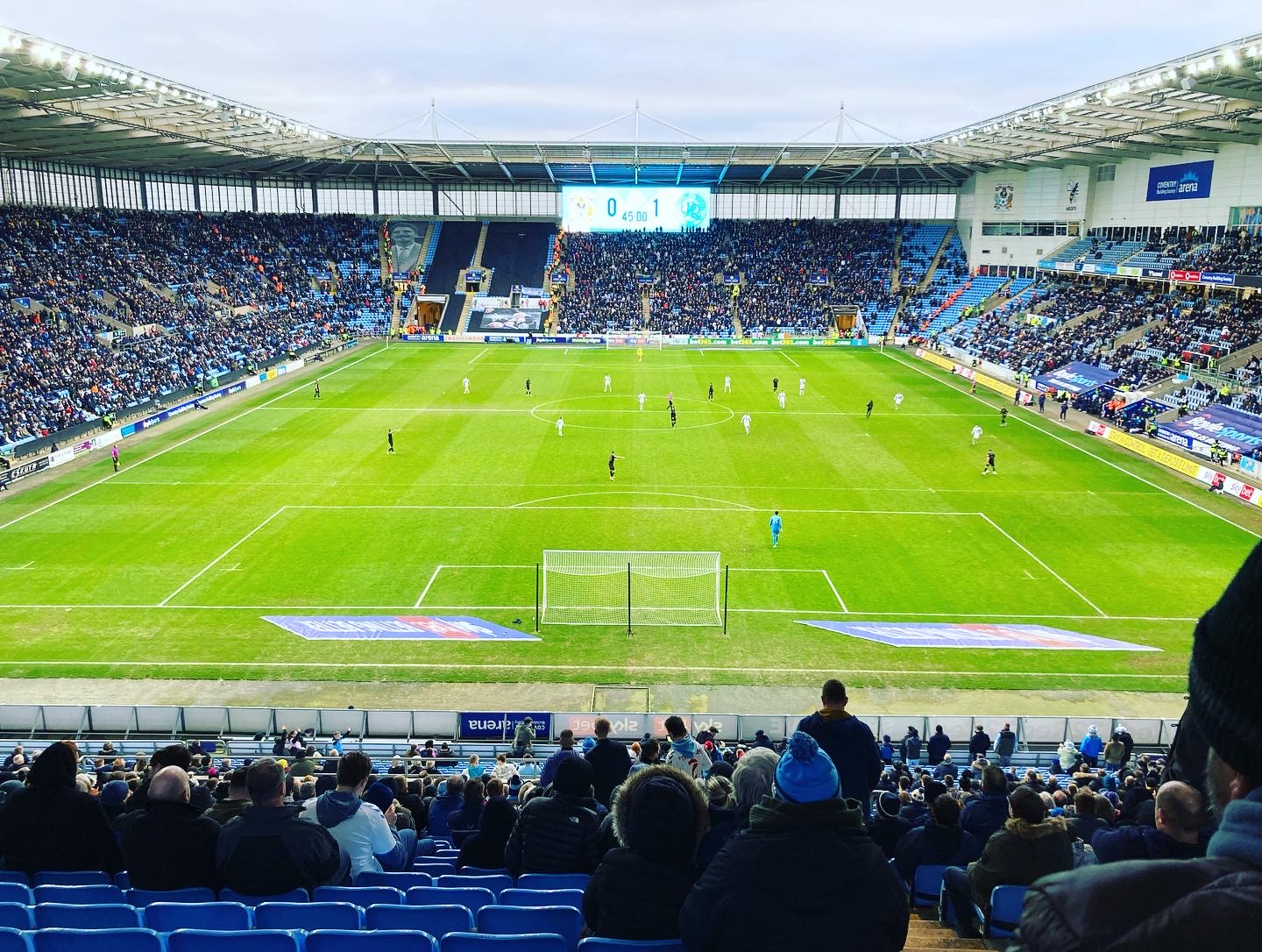 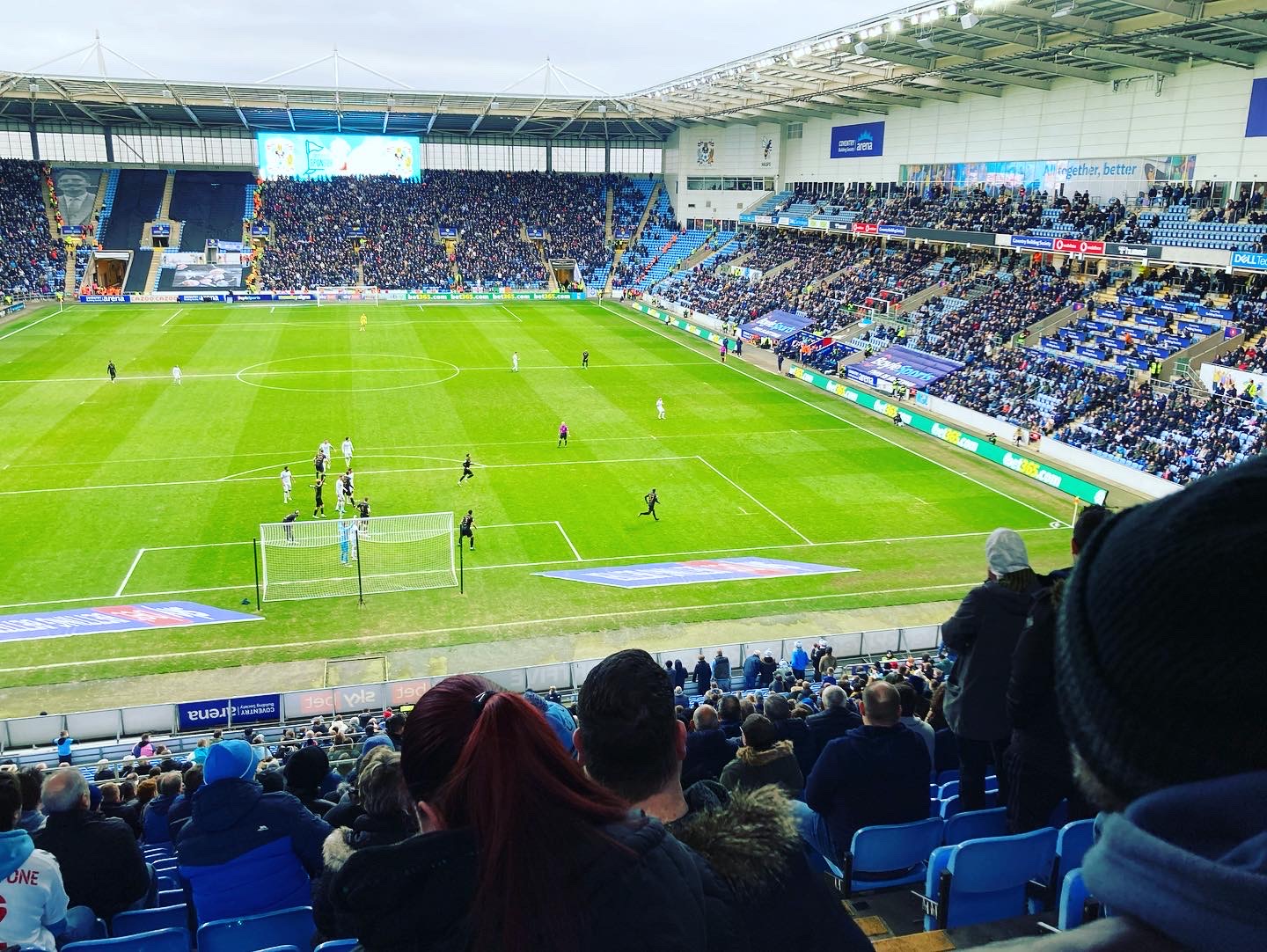