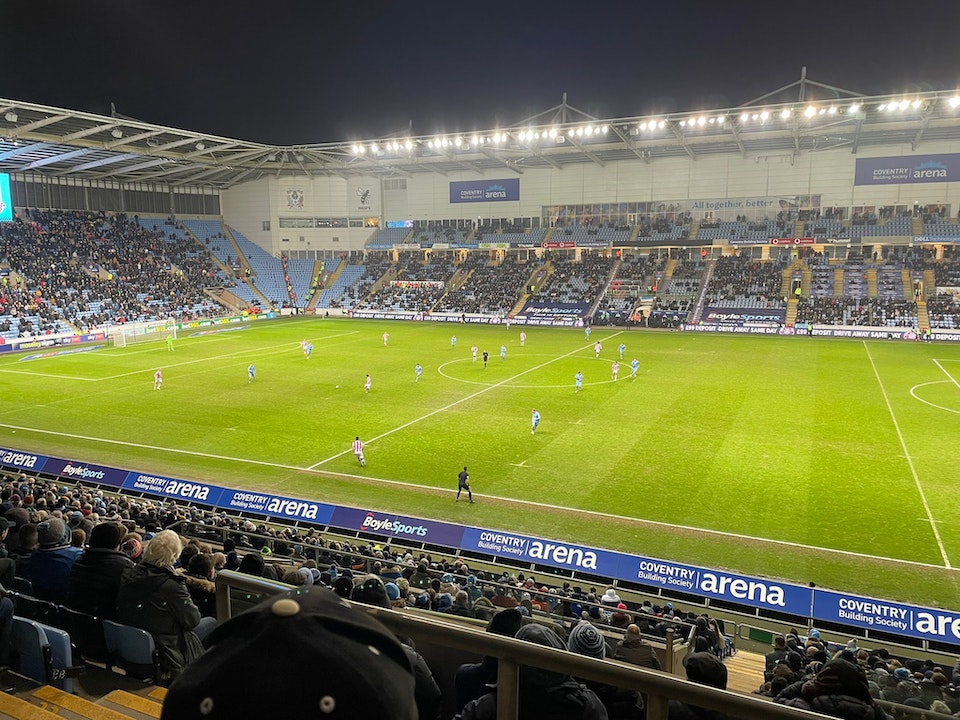 The Sky Blues faced Stoke tonight in a fixture that should’ve taken place in December, but was re-arranged due to COVID. Following our defeat at home to QPR at the weekend, tonight’s game was of even more importance in the context of the play offs - a win would leave us just 4 points off the top 6 with games in hand still to be played. Sadly I couldn’t make it up to the game at the CBS Arena tonight due to work commitments, however I was able to make it home in time for kick off to watch on through the magic of iFollow!

Mark Robins had picked an intriguing line up tonight after some enforced changes - Todd Kane would miss out which provided a chance for Josh Eccles to start at right wing back. Jake Bidwell was given his full debut on the opposite flank, with Jordan Shipley moving into midfield and Callum O’Hare rested. Viktor Gyokeres would lead the line on his own again, and I was interested to see he would be up against veteran centre half Phil Jagielka - I had no idea he had left Derby, but fair play to him! Stoke’s side also featured D’Margio Wright-Phillips, son of former Manchester City and Chelsea winger Shaun, son of legendary striker Ian Wright - just in case you wanted to feel old!

The game started in a fairly end to end fashion - we were looking to get in behind Stoke at every opportunity, with Viktor Gyokeres having the best opportunity in the opening stages - a good run from the left hand side saw him cut back on to his right foot and try to sneak one in at the near post, but Stoke keeper Jack Bonham was equal to it. At the other end, Tom Ince (son of Paul, the Guvnor) was looking quite lively in his attempts to link the play and create chances for his side. Simon Moore wasn’t troubled at all though thankfully for us!

Gyokeres was then gifted a golden opportunity after a poor pass from James Chester - the ball was rolled into Gyokeres on the edge of the box, and the big Swede was able to drop his shoulder and work some space for a shot around the last defender but Bonham was able to make a save again. With the time Gyokeres had and the position he was given the ball in, I think everybody watching expected a goal! 3 or 4 months ago maybe he would’ve found the net, but at the minute he’s been low on goals and minutes on the pitch with Matty Godden playing so well. This moment just wasn’t to be for him, but we were starting to gain control of the game at this point.

I thought that we had been the better side in the first half - we hadn’t dominated as much as we did against QPR, but we still looked fairly decent and despite their initial liveliness, Stoke looked distinctly average. Gustavo Hamer almost scored directly from an in-swinging corner that had plenty of pace on it, there was a bit of a scramble in the box as well after a lovely cross from Jamie Allen, but we just couldn’t fully connect with the ball when it dropped in the area. We had played some neat passing football as we usually do, and overall I didn’t think anything really needed to change going into the second half. The scores were level at 0-0 but with a similar performance in the second half I was confident that we would find a way through somehow.

Indeed, we started the second half quite brightly and still seemed in control. Jordan Shipley had an opportunity after a ball came across the box from the right hand side - Shipley’s effort was deflected over the bar and out for a corner. Hamer’s corner was then met in the air by a player in Sky Blue (I couldn’t work out who!) but ended up bouncing just wide. There was definitely a positive feel about our play, with Stoke again not offering anything to cause us any concern at the back.

Mark Robins made some attacking changes with around 25 minutes to play - Jordan Shipley was taken off for Martyn Waghorn, a good substitution in my opinion although Shipley had had another decent game tonight! Gustavo Hamer was also taken off, with Callum O’Hare on his place. Waghorn’s presence in particular seemed to give us a boost - he looked sharp and fired up, which is great to see after his spell on the sidelines. I do think we’ve missed him at times over the last couple of months, and I hope he gets a run of games in the team now that he’s back in contention.

The substitutes had only been on for a matter of minutes before we got our goal - some good pressure forced Stoke into a mistake, after they had been forced to play out from the back and the ball was given away - Ben Sheaf played in Viktor Gyokeres, who carried the ball for a few yards before opening his body and smashing a right footed effort past Bonham from around 20 yards out. Finally, his goal drought had come to an end! I’m delighted for him, he works hard and has deserved to be on the scoresheet again after going so long without a goal. It was a really good finish as well, plenty of power behind the strike and hopefully this will give him the confidence he needs to bag a few more for us over the coming weeks and get us back up into the play offs. We thoroughly deserved the lead on the night as well!

Martyn Waghorn almost put us 2-0 up with a left footed shot from distance - sadly it curled away from the target and past the post, but it would’ve been great to see him back on the scoresheet too! Callum O’Hare also had a chance late on but dragged his shot wide. We never looked like losing the game which I found really encouraging, as we’ve conceded some silly goals of late against teams who haven’t really caused us problems at the back (Millwall, QPR etc.). We were even treated to a rare sighting of Julien Dacosta in the 90th minute, coming on to replace Josh Eccles who had a very solid game in my view! He looked very composed and was quite effective going forwards - if Todd Kane and Fankaty Dabo will both be out for a little while, I think with Eccles on the right hand side we should be ok! Dacosta is a back up option and not likely to get a look in if Mark Robins can help it, after some shoddy performances right at the start of this season.

In the end, we were able to secure a comfortable victory. This a big boost going into what will be a tough away trip to Middlesbrough on Saturday, and it’s an encouraging step for us in the hunt for the play offs. It keeps us in the race, and we’re certainly good enough to make the play offs in my view despite some recent poor form in the league. I don’t think anybody had a bad game tonight which is always a positive - Jake Bidwell looked decent on the left, I’m sure we’ll see the best of him eventually once he’s settled into the side a little more. Eccles looked good, Ben Sheaf put in another top performance and I think he’s now pretty much undroppable! Shipley was decent again tonight, Jamie Allen played well and Viktor Gyokeres got on the scoresheet! Much to be cheerful about for us Sky Blues supporters tonight.

We’ve got a big Swede on our side…

Match day photos courtesy of my brother, Joe - thanks again! 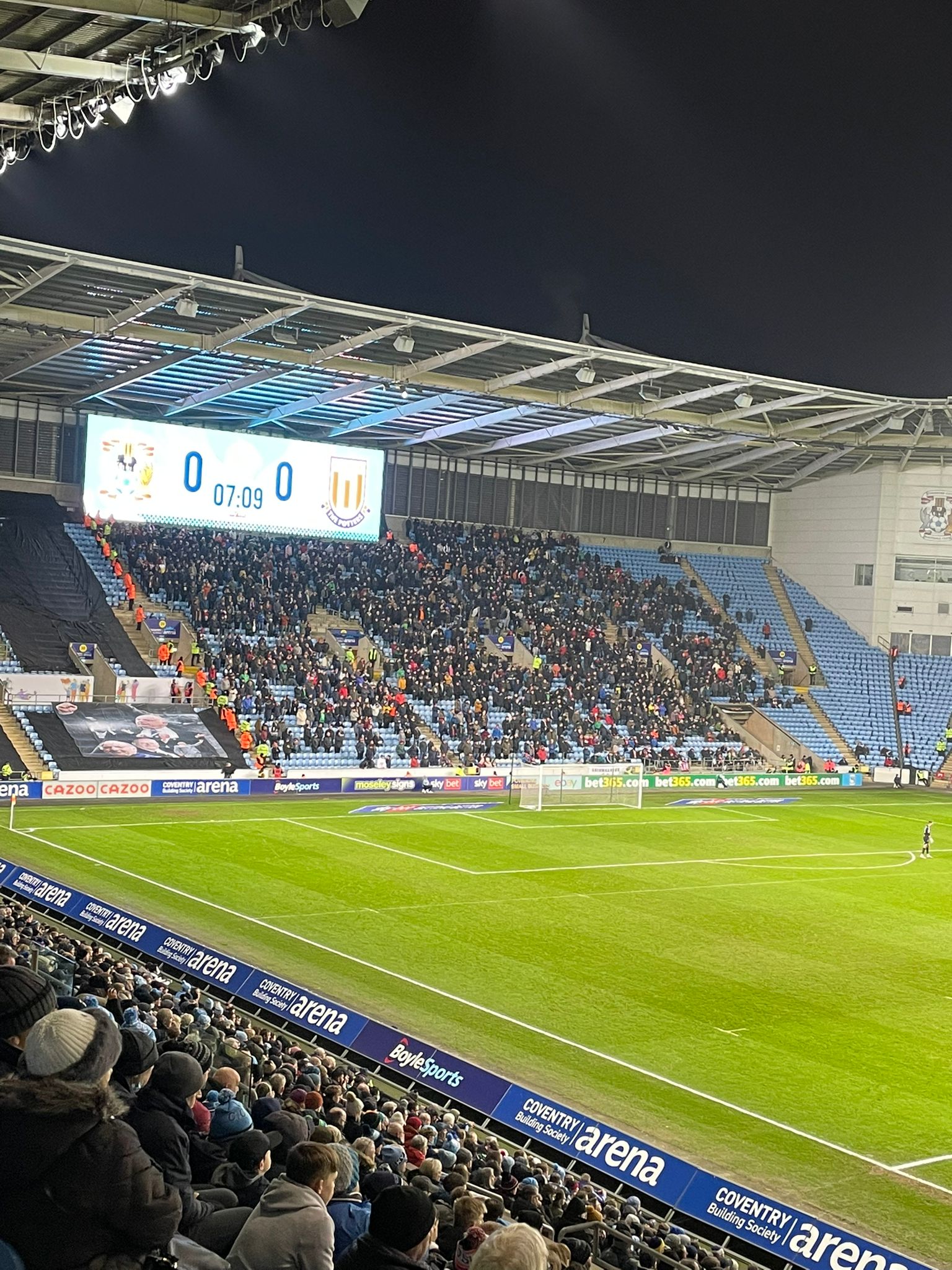 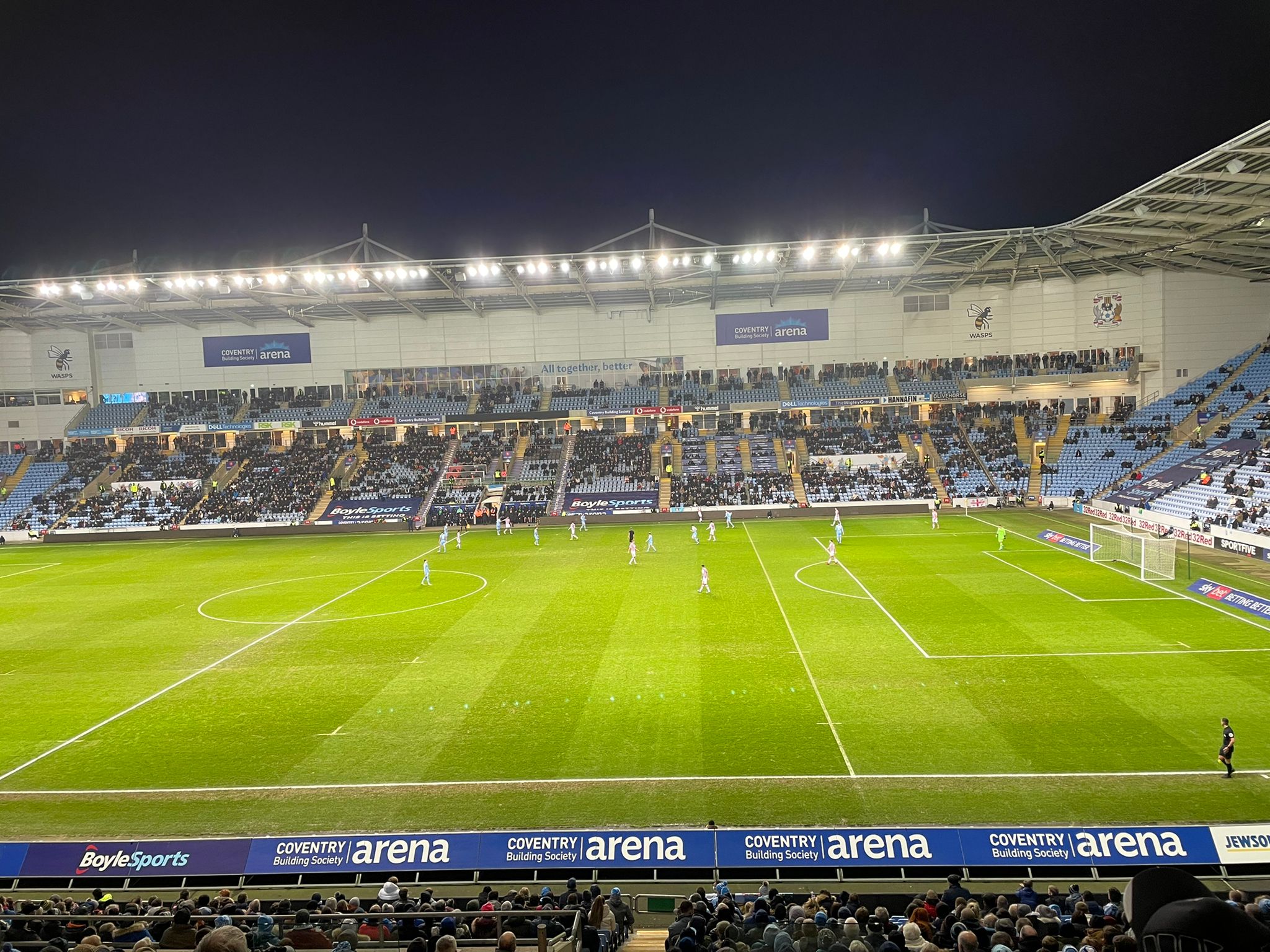 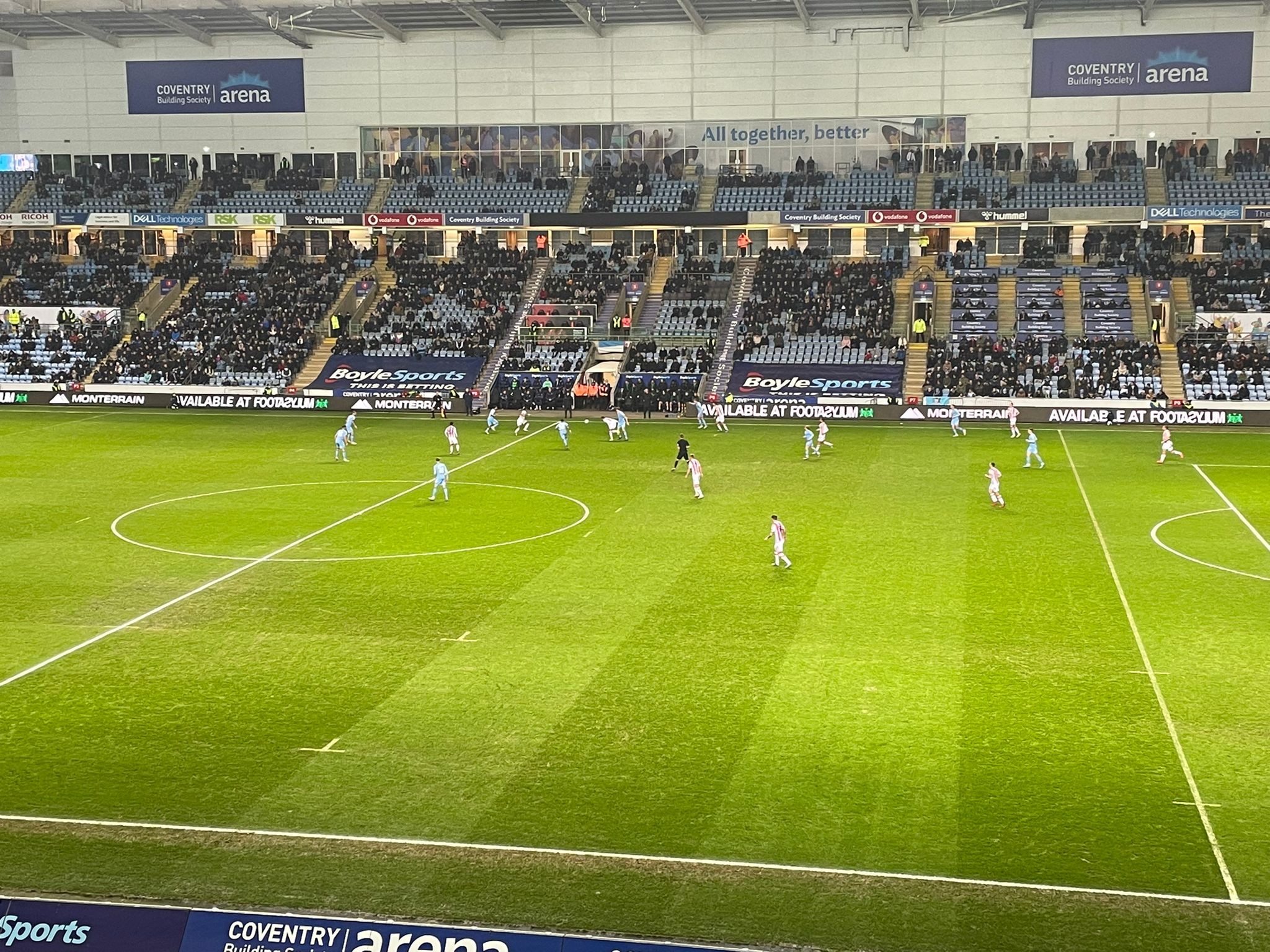