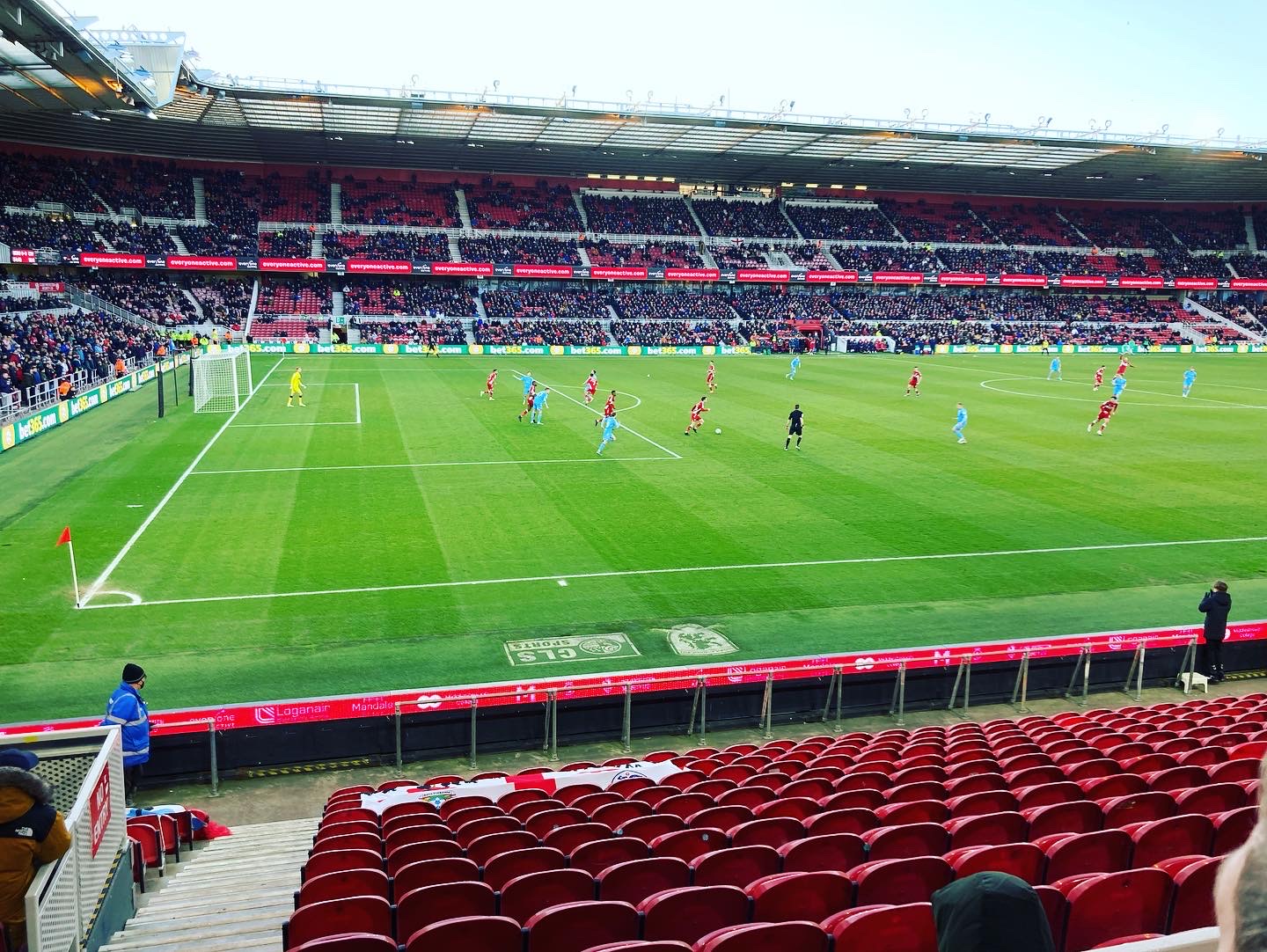 A long trip to the North East for the City today - Middlesbrough away. There’s been a lot of fuss about our upcoming FA Cup 4th round tie away to Southampton next weekend, after the scramble for tickets and the allocation selling out almost instantly, but in my view today’s game was much more important. I felt confident going into this one, after our good result in midweek against Stoke - Middlesbrough are a decent side and they’ve improved under their new manager Chris Wilder, but in our last few matches we’ve played our opponents off the park and we had nothing to fear on our trip to the Riverside today. I was especially keen to see a victory today, as my boss is a Boro fan and I would’ve loved to have the bragging rights come Monday morning!

I made the trip up today with my brother Joe and our mate Kev, and met up with our mates Conor and Mike once they had arrived in Middlesbrough. After a couple of beers and games of cards in the empty bar of a Premier Inn ahead of kick off (we hadn’t planned to go there but it wasn’t a bad shout in the end!), we made our way over to the ground. It was a bitterly cold day today, and I was looking forward to warming up with a pie of some sort once I got inside, but when I went to get one I was informed they’d run out and I had to settle for some Pringles instead - not impressed Boro!

I was hoping Martyn Waghorn would get a start today after he looked good on Tuesday night off the bench, but I knew deep down that Mark Robins wouldn’t change the system to two up front when the box type midfield is working so well. I was right, and in fact Robins only made one change from midweek with Callum O’Hare coming back into the side in place of Gustavo Hamer. Waghorn would have to settle for a place on the bench again, with Viktor Gyokeres leading the line on his own having ended his goal drought against Stoke. From the very first minute it was clear that it was a windy day, and the conditions may well have a part to play in game! I think this sort of situation suits us, as we’re a footballing side and we tend to keep the ball on the floor anyway, but it’s not nice to defend against high balls in strong winds. It certainly made it all the more cold in the away end, and my Pringles had done nothing to warm me up ahead of kick off either.

The first half was very open, with both sides having chances in the first few minutes. Simon Moore was called upon to keep a shot out at his near post, and then not long afterwards Jordan Shipley had City’s first effort of the game after some neat counter-attacking football down our right hand side. Shipley’s shot was a tame one, but there was plenty of time to go at this point and it was a promising bit of football in the build up. Josh Eccles also had a chance having got forward from right wing back, but his left footed effort was dragged wide.

Boro’s best chance came in the form of a free kick just outside our 18 yard box - it was hit low and bent around the wall to Simon Moore’s left, but Moore was able to get down to it to make a smart save, pushing the ball away from the goal. We almost conceded from a corner not long after this, with the ball inadvertently headed towards his own goal by Jake Clarke-Salter, but thankfully it curled just wide of the far post and out for another corner. Callum O’Hare forced a save from the keeper at the other end after some good play down the right, which was our last real chance of the half.

With the scores level at half time and the deadlock still waiting to be broken, I felt that the game had the air of one that could go either way. We had been the better side in my view, but with our fondness for missing chances you always get the feeling that we’ll keep trying and failing to score, and then get punished at the other end. It’s happened plenty of times this season, most recently against Millwall and QPR, and Middlesbrough were certainly capable of the same level of shithousery we’d experienced in those games. It was a game that had 1-0 written all over it, I just couldn’t tell which way it would go.

We started the second half brilliantly, taking the game to the home side and creating more chances for ourselves. Kyle McFadzean went ridiculously close to giving us the lead off a corner - Jordan Shipley had floated the ball to the back post, where it was knocked down to McFadzean who took a touch and then struck the ball sweetly on the half volley, but saw his effort rattle the crossbar and bounce clear. We recovered the ball following this and worked another chance for ourselves, but Shipley dragged his shot wide of the far post much to everyone’s frustration.

We continued to dominate the game, but just before the hour mark we found ourselves 1-0 down. It was Boro’s first real attack of the half - a move down the left that seemed a little too easy for them, a ball across the box was allowed to come in from Arsenal loanee Folarin Balogun, which was met by Andraz Sporar who bundled it across the line. It was against the run of play, we had been the better side by a mile in the second half and I don’t think any Boro fans would disagree with that! But if you don’t take your chances, you’re setting yourself up to be punished at the other end. I wasn’t surprised to see Boro score with their first attack of the half, I’ll put it that way.

We have it a go following the opener - Gustavo Hamer replaced Jamie Allen and Martyn Waghorn was introduced in place of Jordan Shipley. Callum O’Hare went close with a glancing header that forced Boro keeper Joe Lumley into an acrobatic save to tip it over for a corner. Viktor Gyokeres had a chance after a run towards the Boro goal, but his effort was comfortably saved. It was looking like yet another one of those kind of days.

I thought Boro were very lucky to finish the game with 11 players at one point - I didn’t see who it was, but Gustavo Hamer was absolutely cleaned out by a two footed lunge from a man in red which went unpunished, I don’t think the referee even gave a free kick! I wasn’t very impressed by the man in the middle today unfortunately, but this topped off a poor day for the officials in a game where they didn’t have many big decisions to make at all, so there’s no excuses for missing a tackle like that when it happens in my view.

We then started to get very sloppy with our play as we chased the game in the last 10 minutes. Unnecessary fouls, misplaced passes, loose touches - it just wasn’t good enough from the players. Jake Clarke-Salter fluffed a golden chance from a free kick towards the Boro back post, he didn’t make any kind of contact with the ball at all and it trickled out for a goal kick in the end. It was a frustrating end to a game that we should’ve won based on how we’d played. The better side on the day lost, again.

I’m going to try and stay positive after this one though, despite my frustration at the result - we’re still massively over-achieving this season, and while this has caused us to lose ground on the play offs they’re not totally out of our reach. There’s still plenty of football to be played and on the whole, I think I’d rather see us play well and lose than play badly. It’s nice to be in this position as a Cov fan after so many years of poor performances and negative energy around the club. It’s testament to the work that Mark Robins has done with us really, and we’re still building towards bigger and better things. If we keep playing this way, battering teams week in week out, things will fall into place and results will come with it.

I thought a number of our players were excellent today - Jake Clarke-Salter had a great game, Simon Moore was at his usual best and only conceded as he couldn’t really do much to prevent the goal. Viktor Gyokeres played well, he worked hard but I do think he’s better off with a partner up front - someone who can run off him and help him out, rather than him having to hold the ball up waiting for midfield runners as he often does. Ben Sheaf was absolutely brilliant in the midfield, he’s become one of our most consistent performers in recent weeks and at the moment I think he’s undroppable. He’s brilliant at breaking up the play and the way he shuttles across the middle of the park is N’Golo Kante-esque! He would be my man of the match today I think.

There’s still lots for us to be positive about, and our next game is in the Cup so it doesn’t really matter if we lose. Our next 3 league games are home to Blackpool, and then away to Reading and Cardiff - those are 3 games that are more than winnable for us and if we could take maximum points from them, then we’ll be right back in the play off mix. We’re getting towards the business end of the season now! 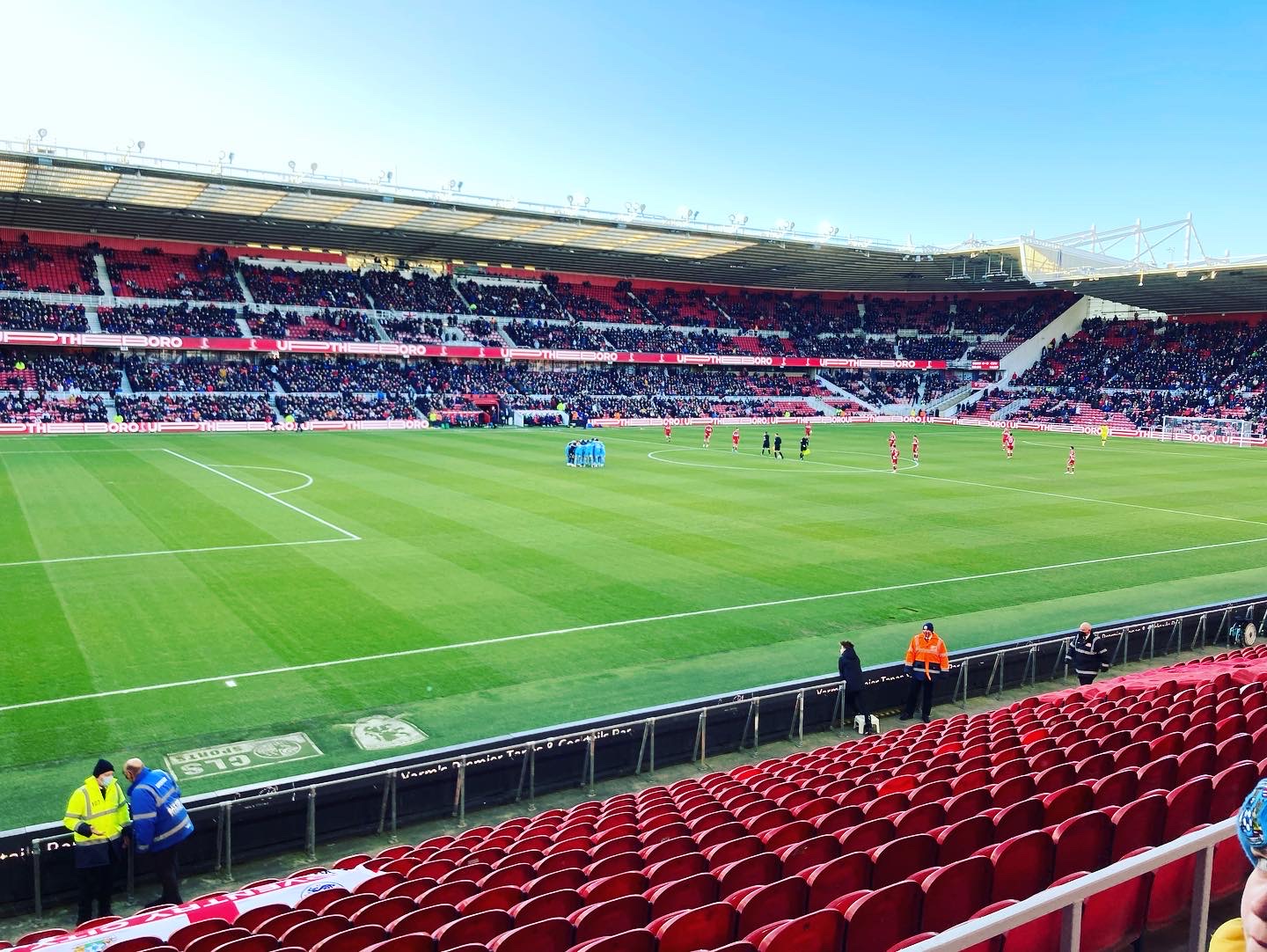 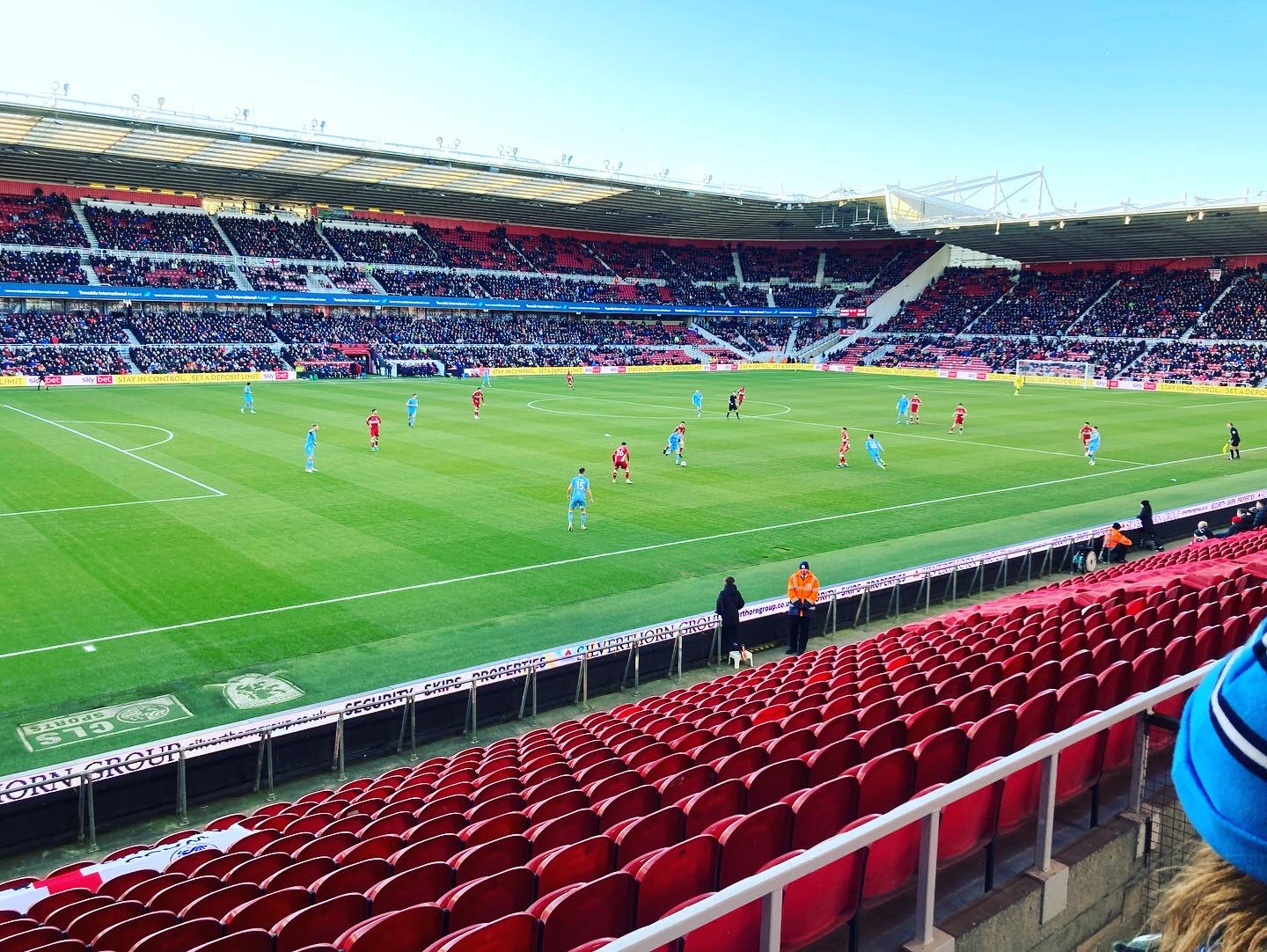 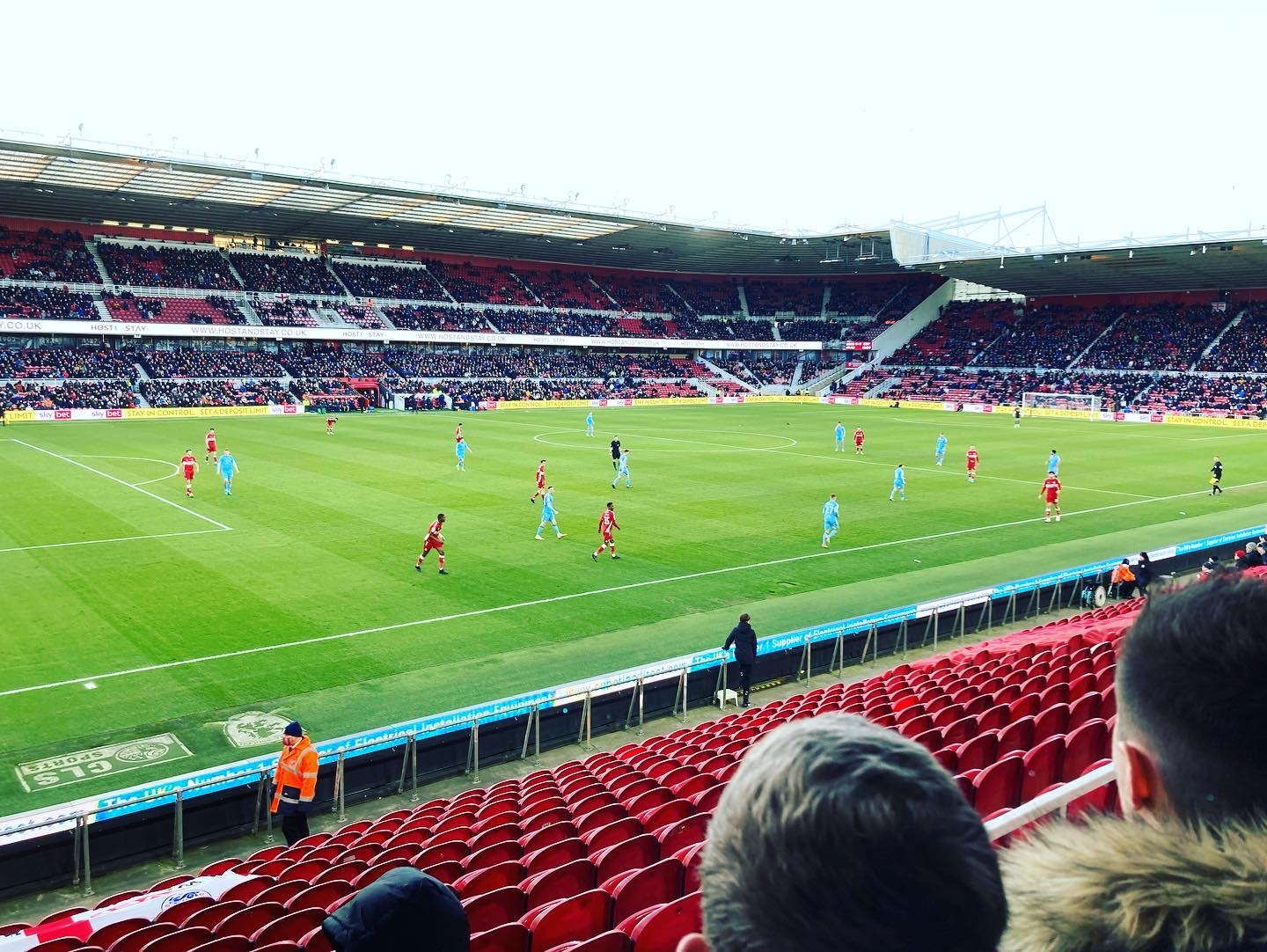 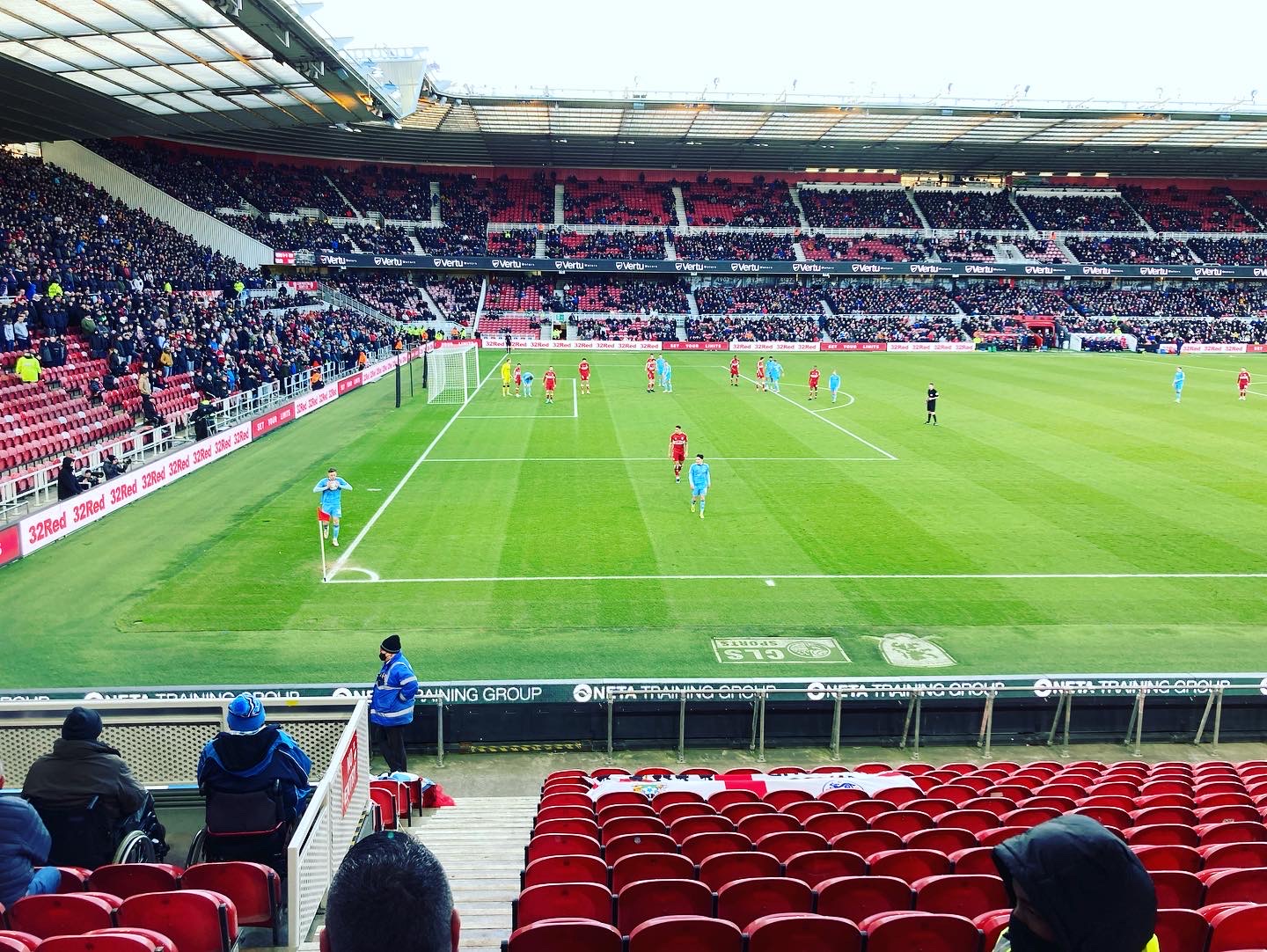 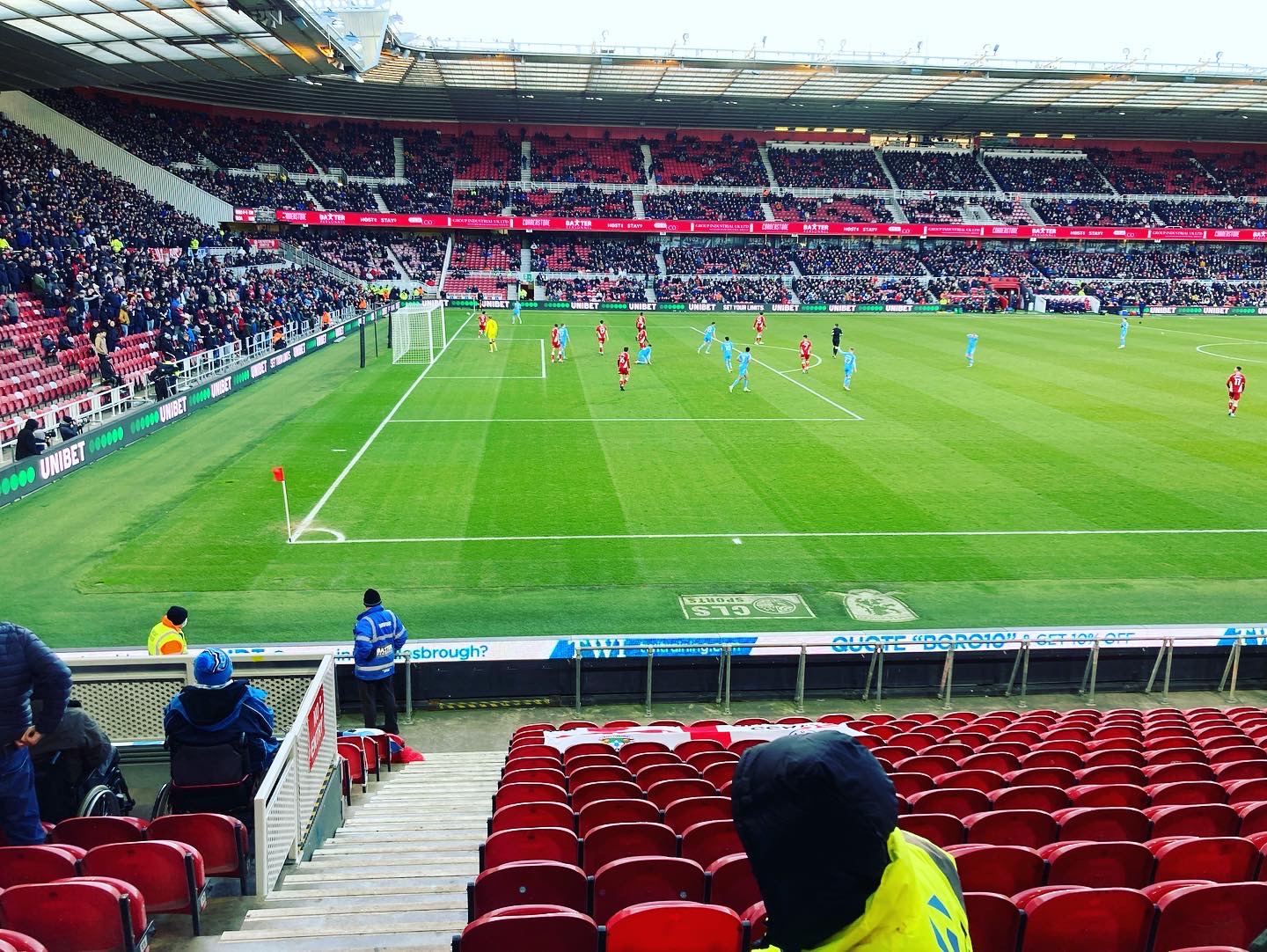 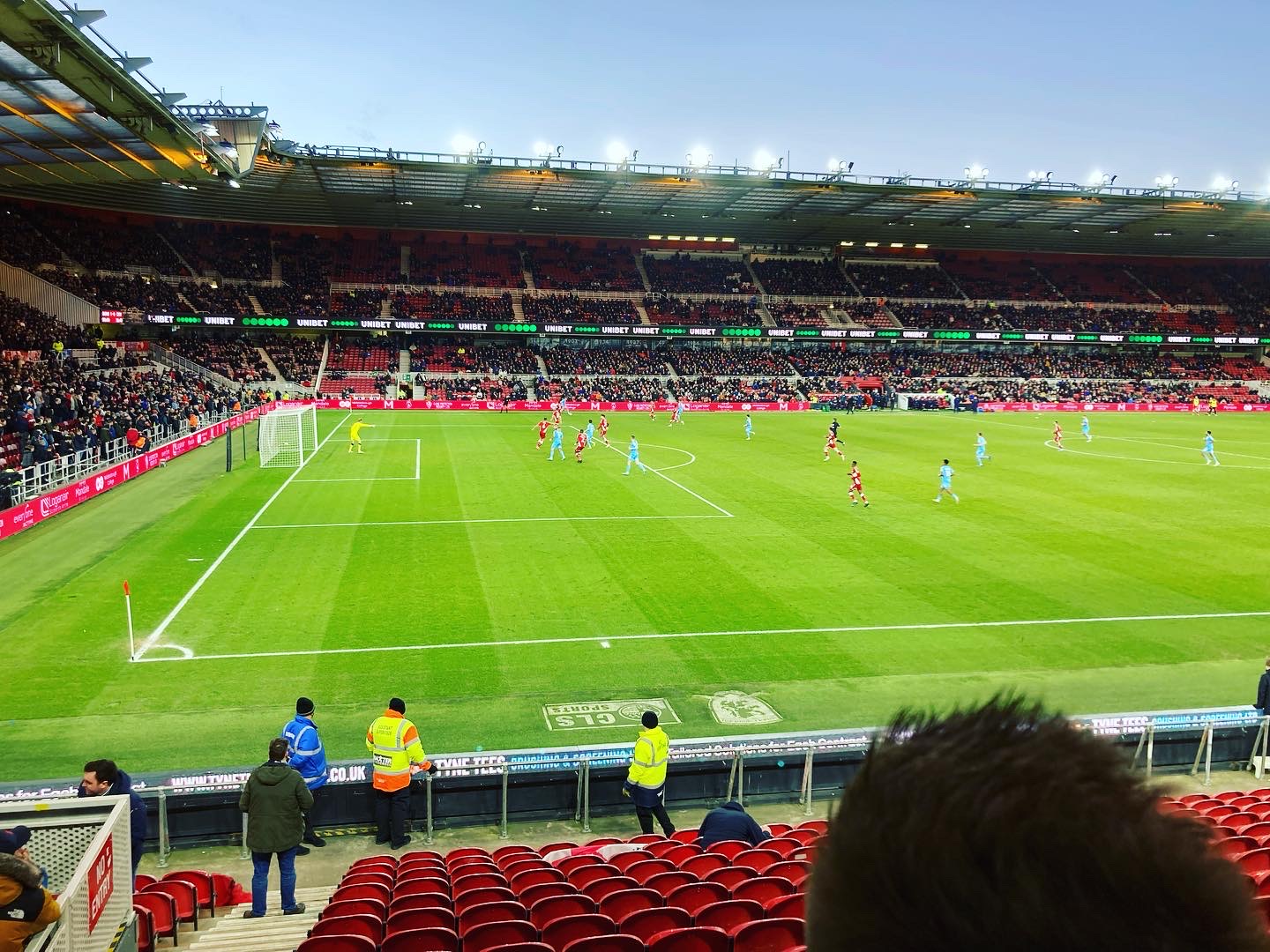