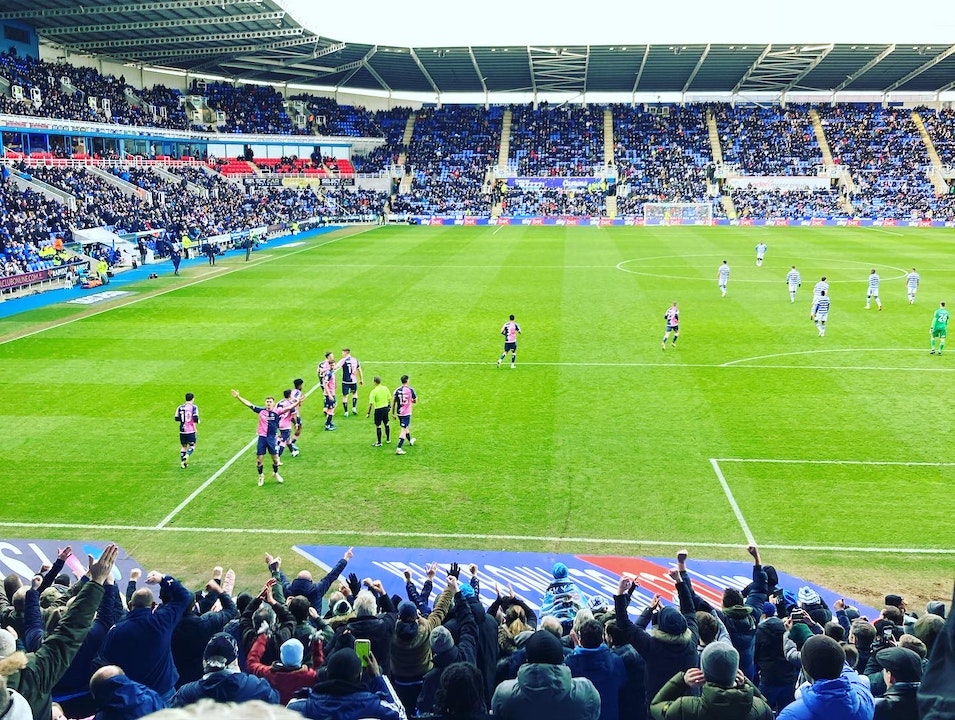 Another weekend, another new ground for me. Reading’s Select Car Leasing Stadium (formerly known as the Madejski) would be ground number 38 out of the 92 for me, and I was very much looking forward to the trip as Reading had almost sold out the home end ahead of today, meaning it would probably be a decent atmosphere to experience!

I got the train down to the game today alongside Joe, my old man Dave, and our mates Kev and Tara. I have to say, on the way down all the signs were pointing towards a Reading win for me - they’ve lost 7 games straight going into today, and it would be typical Cov to help them end that streak! It was also a special day for the club as they were celebrating their 150th anniversary, so surely they’d want to mark the occasion with 3 points. Despite us being favourites, I had a nagging feeling that we’d be leaving disappointed but I very much hoped that I was wrong.

After a few games of cards in a pub in the town centre, and then a short bus ride from the station to the ground, we arrived and joined the thousands of City fans struggling to fit into the away end! I normally like to go wherever my ticket says to save hassle, but everywhere in the area was full by the time we got there and we’re not ‘those’ people, who’ll say “you’re in my seat” at an away game. In the end I found a gap a few rows further forward and ended up next to Ken from the Sky Blues Fans TV podcast (they’ve been kind enough to have me on a couple of times this season, I’d highly recommend to give them a listen if you haven’t already!).

I was a little surprised to see Ian Maatsen starting in a more advanced role today, with the likes of Jamie Allen and Jordan Shipley left on the bench, but I’ve heard he did well there last weekend against Southampton so I trusted Mark Robins’ judgement on this one. It was a reasonably solid team again, almost unchanged from Tuesday night’s draw with Blackpool, and I had no major concerns as we kicked off. Viktor Gyokeres almost put us 1-0 up inside the first 10 minutes, after some good play from ourselves that saw Callum O’Hare go through and then play it across to the big Swede - he had time, took a touch to set himself, and then hit it straight at Reading keeper Karl Hein who presumably couldn’t believe his luck as he palmed the shot away! All Gyokeres needed to do was pick a corner - Matty Godden would’ve buried it! We can’t afford to waste opportunities like this when our form in front of goal isn’t exactly the best, and I was praying it wouldn’t come back to bite us later on.

It wasn’t long before I realised that I was wrong about the atmosphere at the ground - Reading had indeed got a lot of fans in the home end, but they also had plastic clappers which are one of the worst things about modern football in my eyes, along with half and half scarves! The clappers were being given plenty of use though throughout the first half - Reading had a half decent chance with a shot from distance, but thankfully it swerved away from the far post at the last second and went wide. Before we knew it, we were 1-0 down to a Lucas Joao header - Junior Hoilett was allowed to swing a cross in from the Reading left wing, and Joao had all the space in the world to nod the ball home. The Gyokeres miss had indeed come back to bite us!

A couple of minutes later, Hoilett was allowed to cross again and almost found the net himself as the ball missed everyone - Simon Moore was forced into a smart save to put the ball behind for a corner. Reading were on top of us and we just couldn’t get a foot on the ball - it seemed like the midfield were either misplacing their passes at every opportunity or lumping the ball up to Gyokeres, who was being bullied by Reading’s centre halves and who was struggling to hold the ball up at all without losing it. Everything felt very sloppy from the men in blue and pink!

We struggled through the rest of the half, pushing but not really creating anything clear cut and still trying to get a proper foot on the ball. On the brink of half time we won a corner, which was headed away as far as Gustavo Hamer on around 25 yards out. Hamer hit the ball on the volley, low and straight back into the area where Dom Hyam was able to get a deft touch on it to steer it in to the bottom corner of the net. Suddenly it was 1-1, and we had found a way back into the match right on half time!

I didn’t think we deserved the equaliser in truth. We just hadn’t been at the races in the first half, and Reading had really tested us. Gyokeres was struggling on his own up front, O’Hare and Maatsen weren’t effective enough in the advanced midfield roles and Sheaf and Hamer were both guilty of giving the ball away in the middle. I also felt that we were missing Kyle McFadzean at the heart of our defence - Michael Rose has played well there in the last couple of games but he let his man go for the opening goal, and I don’t think Fadz would’ve made that mistake. In fairness though, the cross was allowed to come in with far too little resistance, much like Blackpool’s goal on Tuesday. We were in the game, but we needed big improvements in the second half.

Personally I would’ve taken Jake Bidwell off at half time, moved Ian Maatsen to left wing back and brought Jamie Allen on in attacking midfield. Mark Robins made no changes though, but had clearly given the side a talking to at half time as we started the second half brightly. Within a minute or so we had a corner, which was curled in beautifully by Gustavo Hamer and nodded home by Michael Rose (Kyle Mc-who? Shows how much I know!). It was a great header and it came at the perfect time for us just after the break!

It wasn’t long before the clappers were out again though - just over 5 minutes after we had taken the lead, Reading won a corner which was swung in and headed home clumsily by Andy Yiadom. Game on again! The ball in was a good one in fairness, played right into the mixer and it was begging to be headed in. The next few minutes were very eventful - we had a dangerous looking free kick moments after the equaliser, around 25 yards away from goal. Hamer stood over it and hit it towards the far corner, but over cooked it and couldn’t get enough dip on the ball.

Junior Hoilett was then given a second yellow card for a cynical foul just inside our half - it was a needless booking but I wasn’t complaining, as we would now have a man advantage and this would make all the difference. The balance of power had swung back in favour of the Sky Blues, and sure enough within 2 minutes of the sending off we had taken the lead again! Ian Maatsen was slipped through by Viktor Gyokeres on to his weaker right foot, but he got a shot off which took a massive deflection and looped over Hein into the far corner of the net. 3-2, a hefty slice of luck involved but who cares?!

It summed up what had been a bit of a crazy second half! With the man advantage though we were able to control the game once we had taken the lead, and Reading had little joy until the last 10 minutes or so. They had a decent spell of pressure and forced a couple of chances, but thankfully for us couldn’t convert and we were able to hang on to secure the points. I have to admit it wouldn’t have surprised me if we had conceded in the end, and I was very relieved the hear the final whistle go!

It wasn’t a pretty win, and was far from being a good performance overall but we had definitely improved in the second half, and this was enough in the end. Reading can count themselves unlucky that they didn’t come away with at least a point, but it’s nice for us to be on the right end of one of these games! I’ve grown used to us battering teams and not taking our chances, so to win today in that fashion is even sweeter and it keeps us in the hunt for the play offs too. Going into Cardiff away on Tuesday, I would be looking at bringing Jamie Allen and Kyle McFadzean back into start if I was in charge - I think we’re better with them in the side and that was especially apparent today! But a win’s a win, and I’ll take that all day long.

Reading, if you’re reading this, please do away with those clappers! 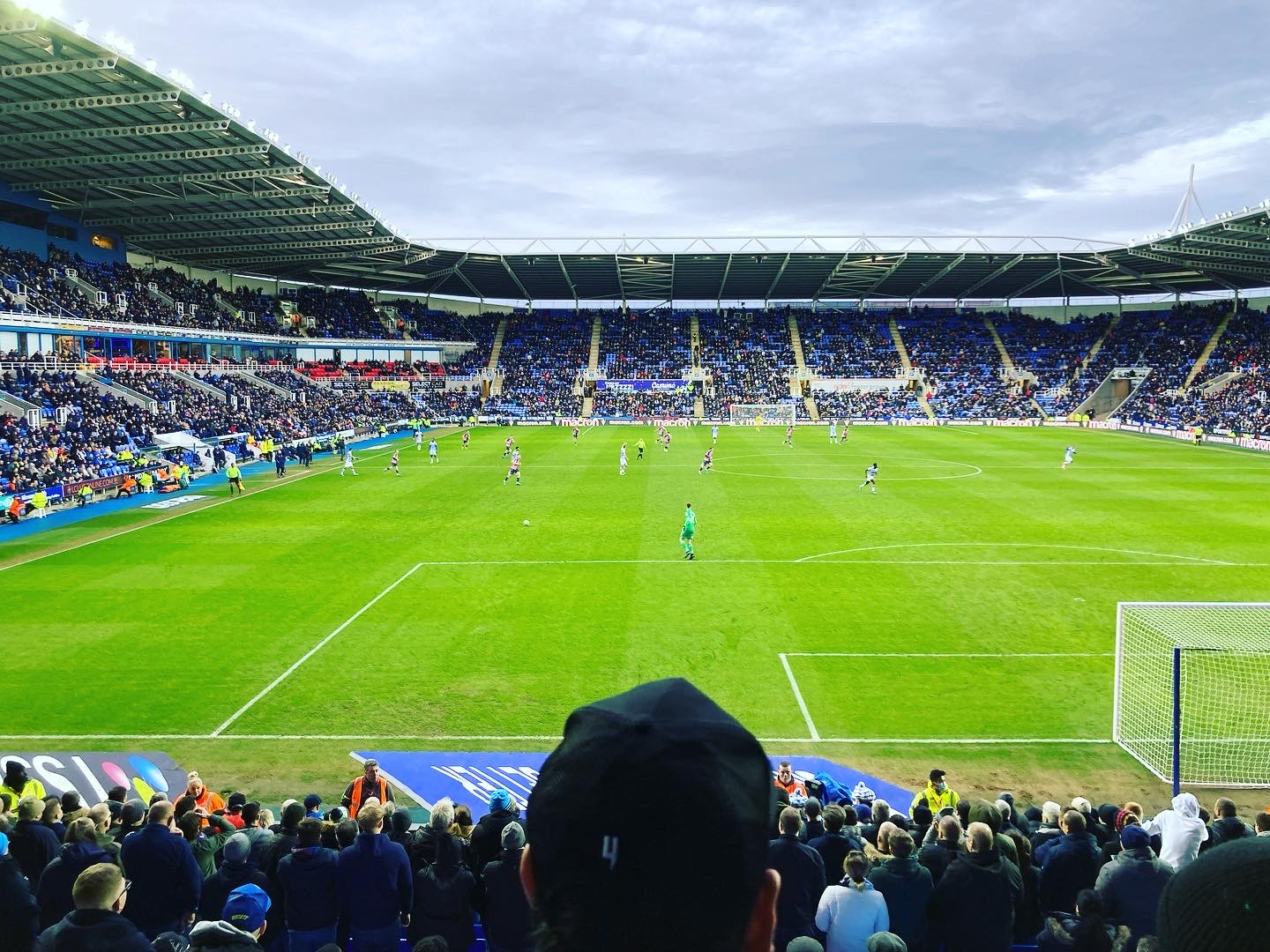 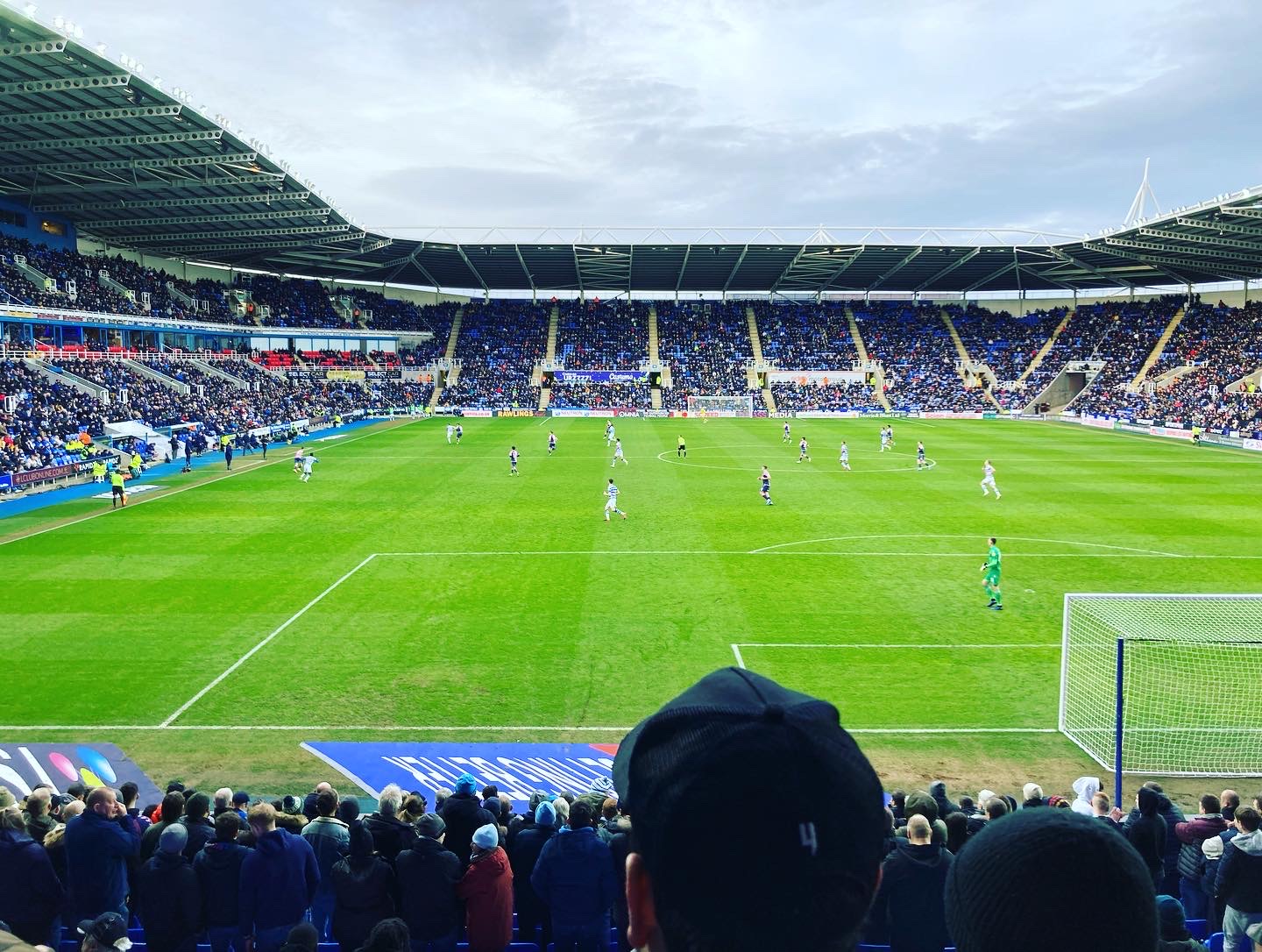 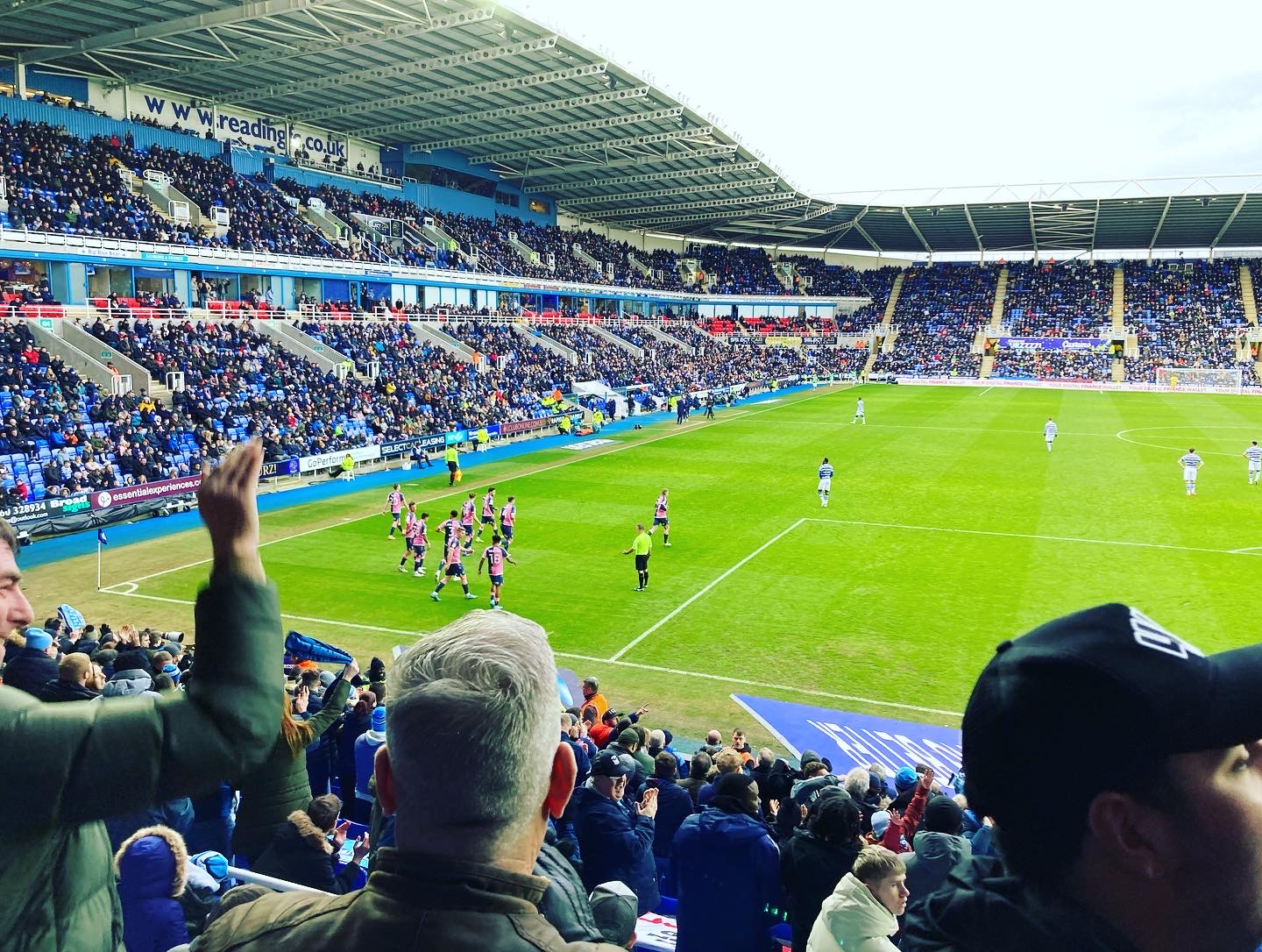 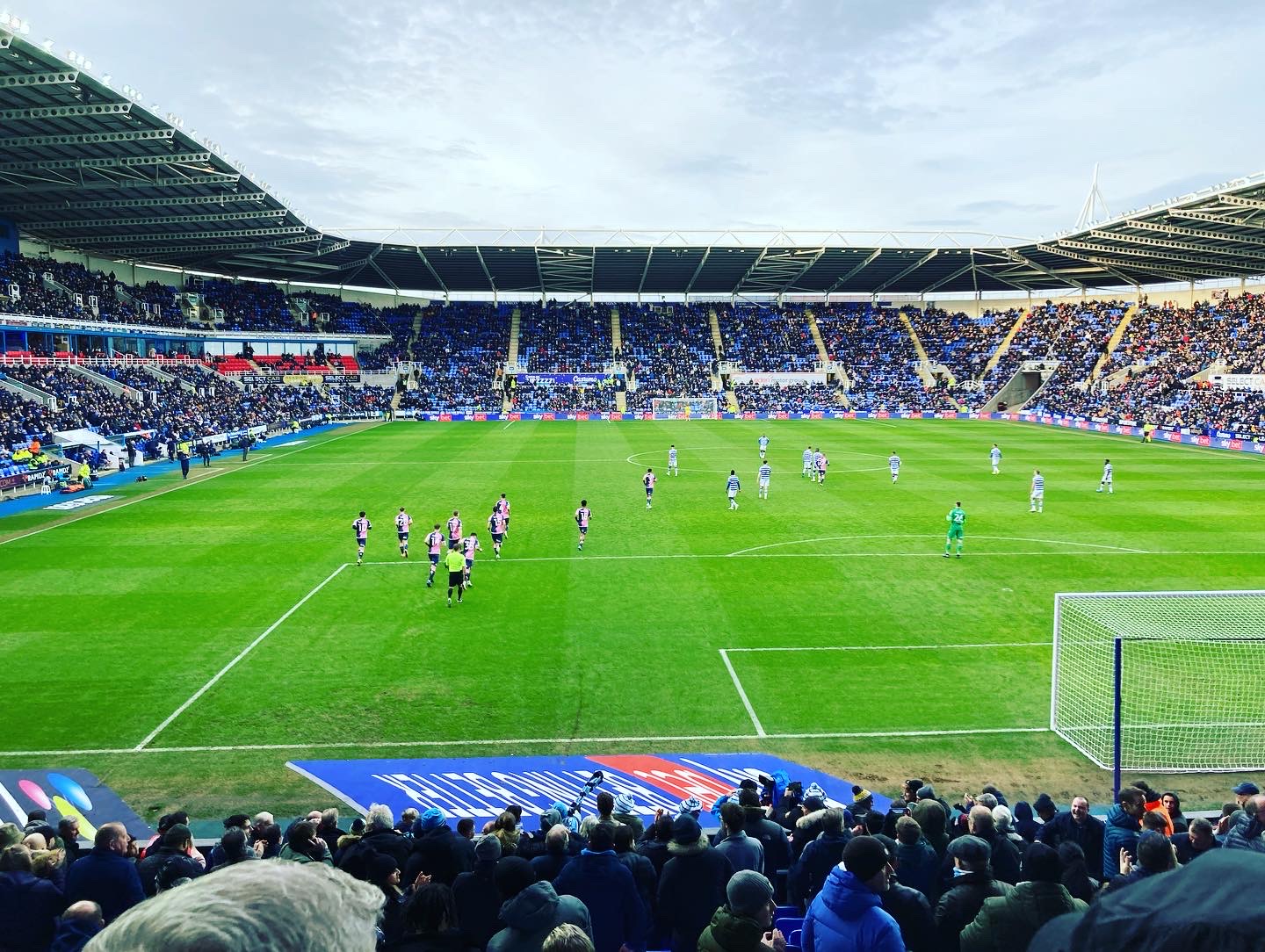 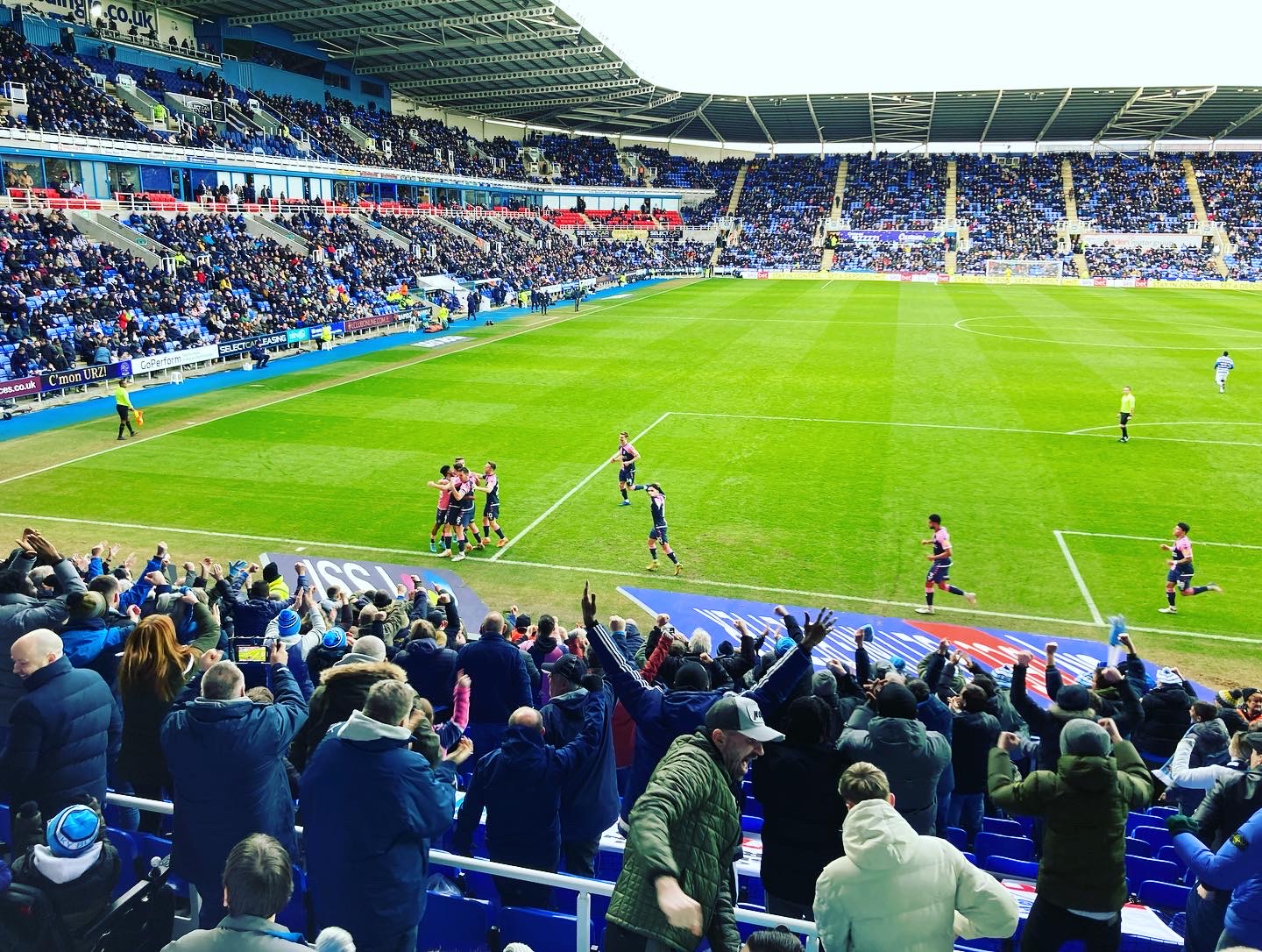 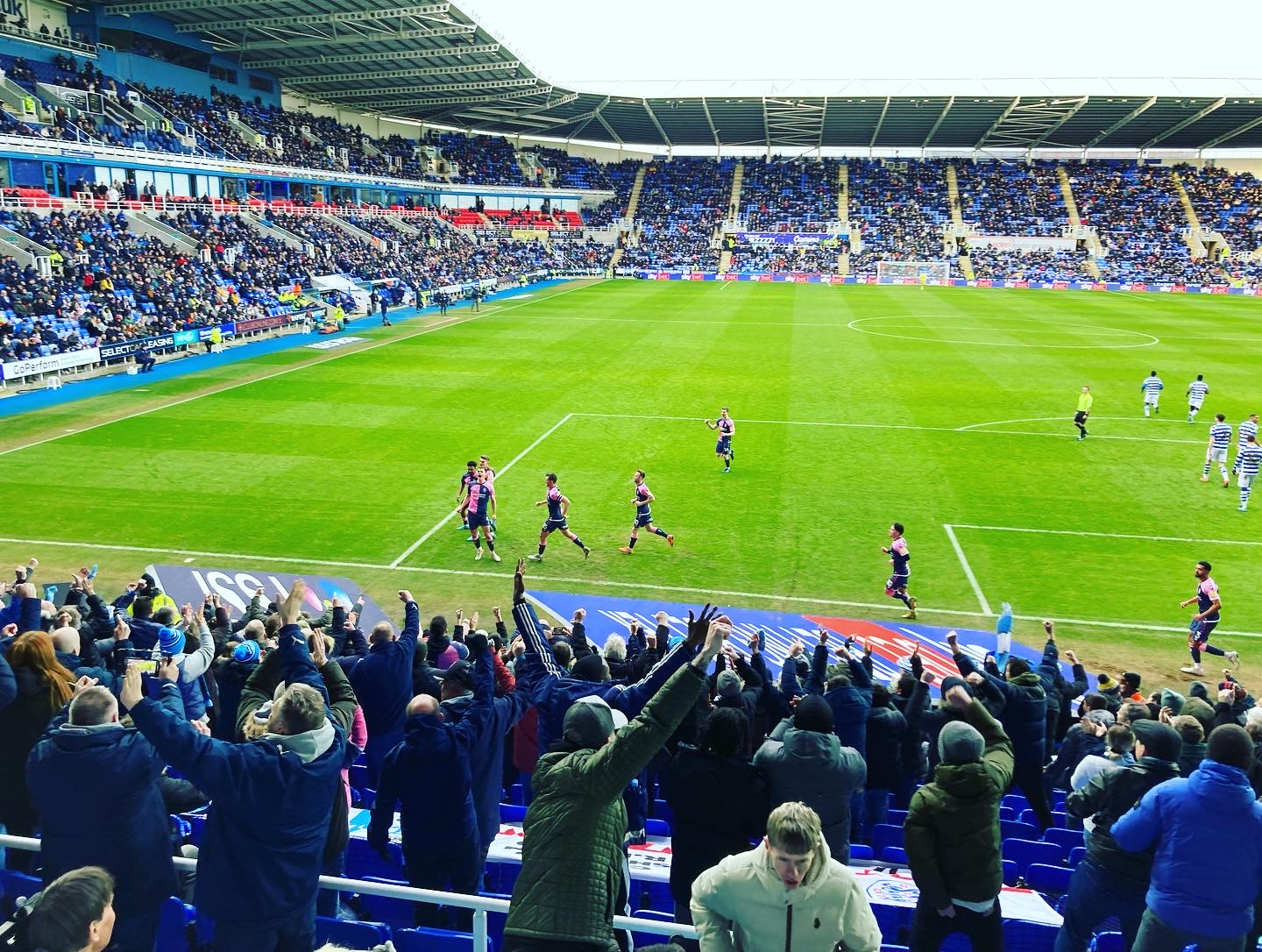 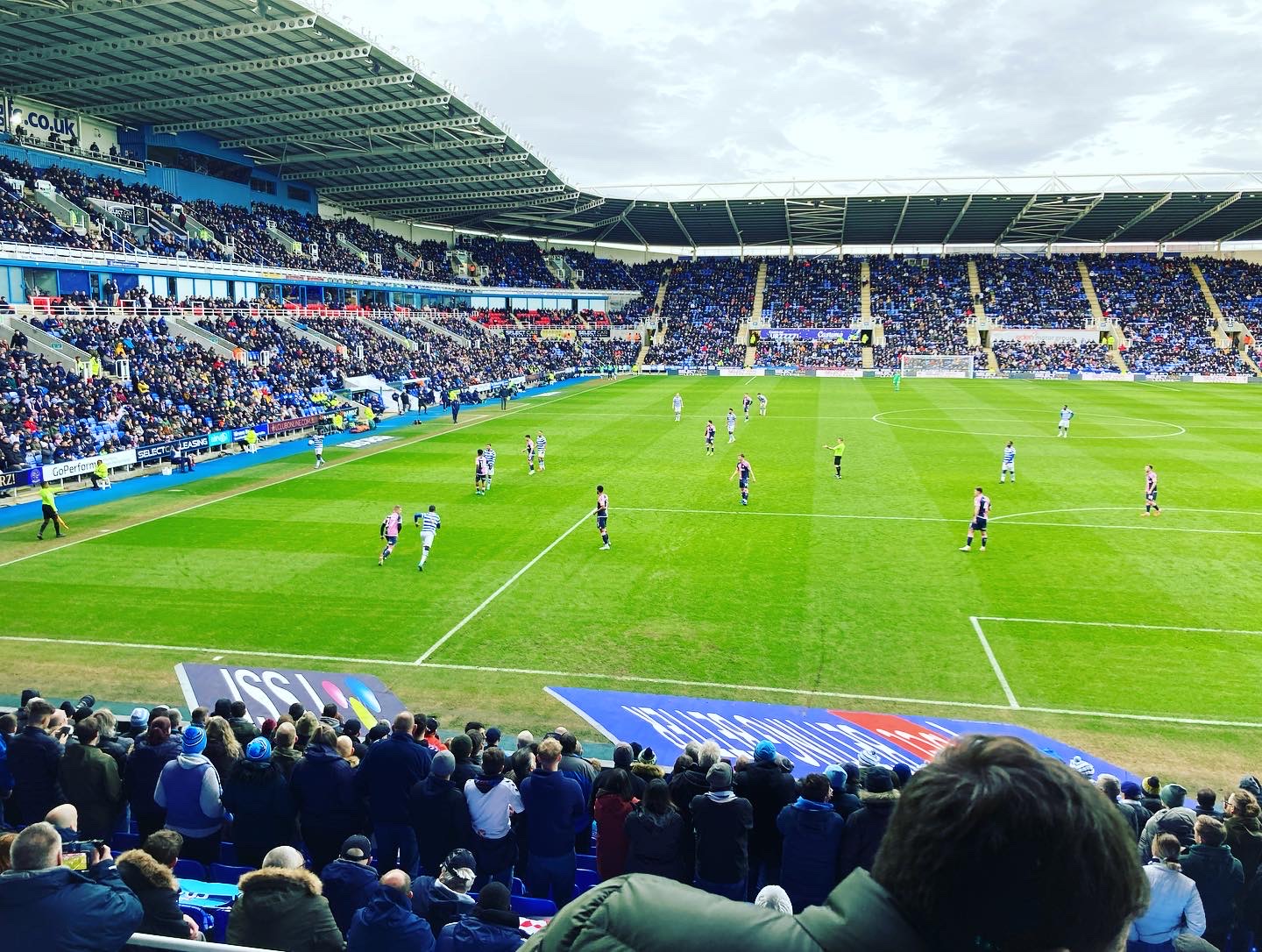 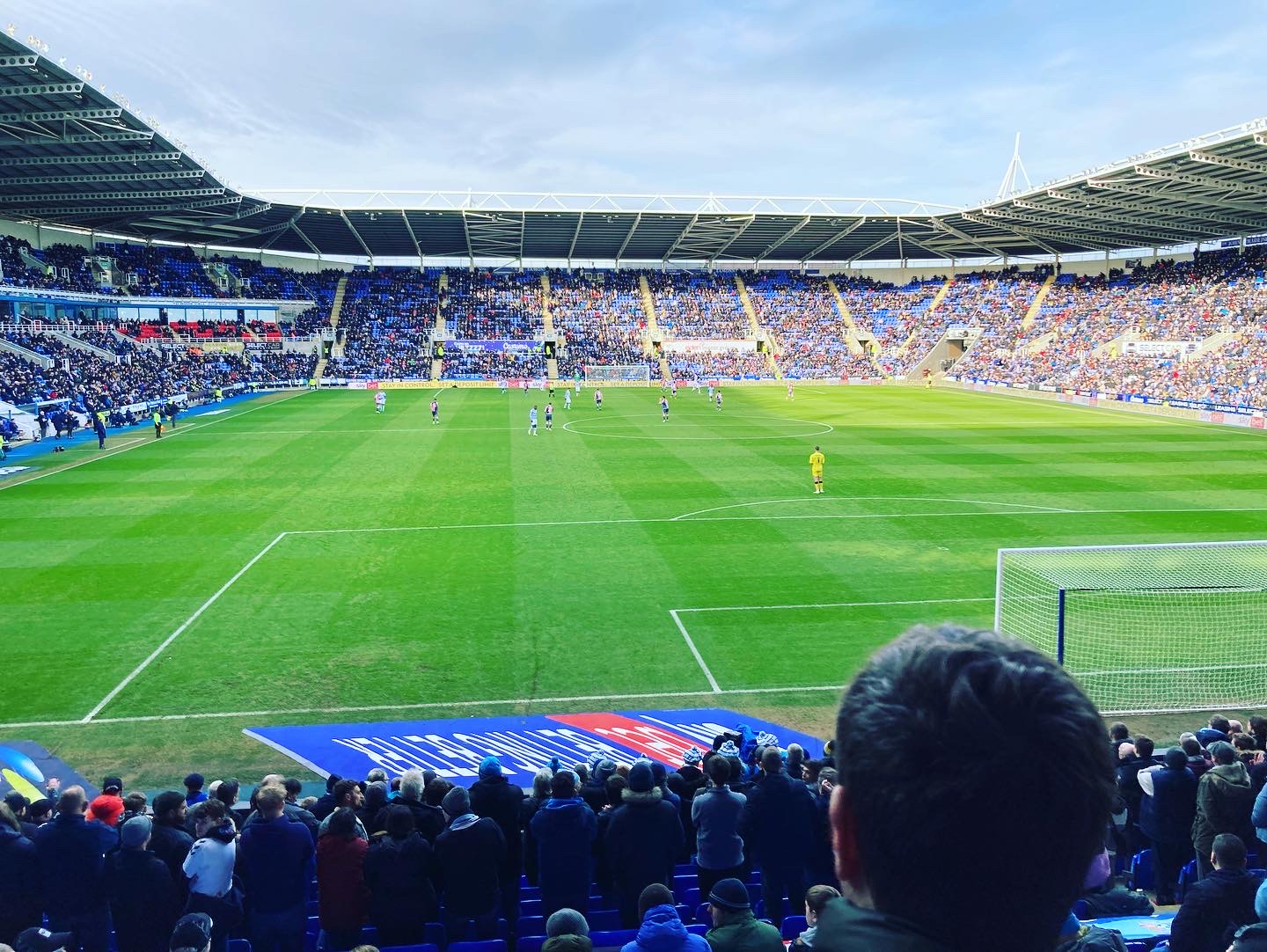