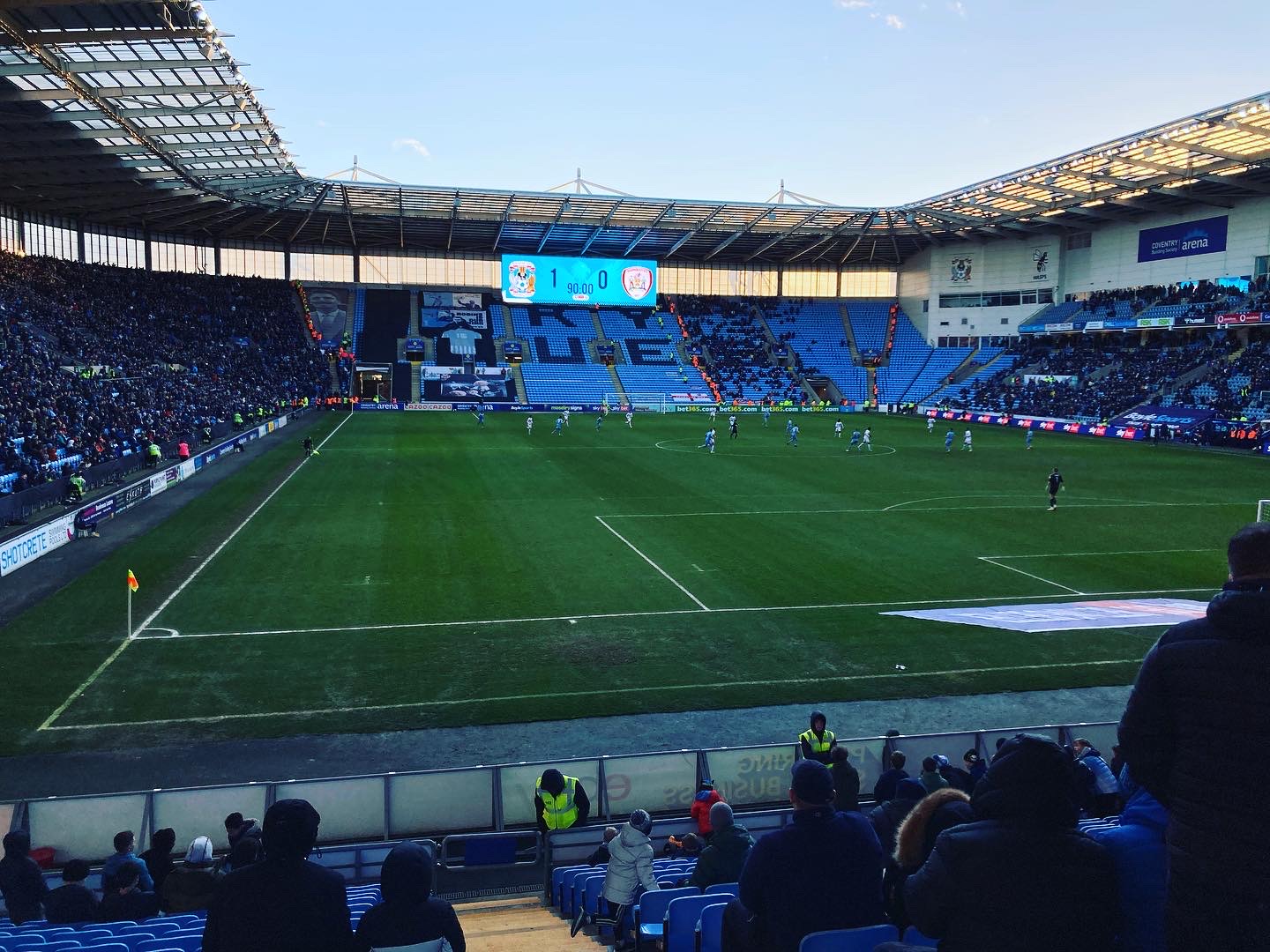 Barnsley were today’s visitors to the CBS, and on paper this is a game that the Sky Blues should’ve been winning comfortably. The Tykes are rock bottom, 9 points adrift and on their way down to League 1 - even after our recent poor performances, I was expecting a win today! We certainly needed some inspiration after Tuesday night’s defeat to Cardiff.

Mark Robins had decided to shake things up a bit today with his team selection - we were back to playing two up up for the first time in quite a while, with Martyn Waghorn in to start alongside Viktor Gyokeres. Callum O’Hare, Jamie Allen and Ben Sheaf would be the midfield 3, and in my mind that was quite an attack minded set up with Jamie Allen’s fondness for running in behind. It was pretty much business as usual elsewhere across the pitch, with Todd Kane and Ian Maatsen on the wings and a back 3 of Dom Hyam, Kyle McFadzean and Jake Clarke-Salter. Solid.

I was forced into a change of seat today due to my ankle injury (see my previous blog for an explanation!) - I usually tend to sit towards the back of Block 29 or 30, behind the goal and with a clear view of the pitch. The boot I’m currently wearing and the injury itself makes it difficult to climb stairs though, so I picked a seat in Block 27 today as it was as close to a stairwell I could get. The view wasn’t too bad, but I’m looking forward to being able to properly walk up stairs again in a few weeks’ time! I was joined in my more accessible seat by my mate Kai today and a couple of his mates from Uni, one of whom is a Barnsley fan.

We started the game quite brightly, with Viktor Gyokeres having two decent chances early on. The first chance had come after he had run at the defence, cutting in from the left hand side and getting a shot away, and the second was a ball in behind that he had run on to, carried into the box and managed to get a shot off on his weaker foot. Both were comfortably saved by Barnsley keeper Brad Collins, and in truth Vik should’ve done better with the second one. He had time to open his body and shoot on his right foot, but waited too long and the space to shoot had been closed down almost completely in the end.

The tactic today seemed to be to hit long balls up to the front men, and Barnsley seemed quite comfortable in dealing with most of these. Both Gyokeres and Waghorn were putting work in, making runs and trying to drag the defence out of position but besides the first 10 minutes or so, we were bang average throughout the first half. The game had a flatness to it, it was quite a dull contest really with Barnsley creating very little, but soaking up the pressure easily when we got into their half. Nothing seemed to be coming off for either side but I thought our passing was a little sloppy at times!

We managed a couple more attempts on goal before half time - Callum O’Hare found room to shoot after a bobbly first touch on the edge of the box, but it was straight at Collins in the end. Ian Maatsen almost found the top corner from a free kick - it was around 20 yards out, from corner of the box on our right hand side - but Collins was able to get across and prevent the ball from squeezing in at the near post.

I didn’t feel that we looked that bothered about whether we scored or not, which was a little bit frustrating truth be told. We had a good opportunity to get a couple of goals against a poorer side, and we didn’t seem to be hungry enough to take it. 2 men up top should result in more of a goal threat, but if I was a Barnsley fan I wouldn’t have been worried at all. I really thought we could do with an injection of pace and energy in the second half, or risk dropping points against a side that we really should have been breezing past with minimal fuss.

Thankfully, we did look a little bit more up for it as the second half started. Ian Maatsen was trying his best to make things happen down the left hand side, working a good move on the counter attack but not being able to apply a decent strike after a one two with O’Hare on the edge of the area. Martyn Waghorn had a chance at the back post as well after a cross from the right, but he couldn’t rise high enough to head the ball downwards.

It looked like Viktor Gyokeres may have to go off due to injury at one point, as he went down after a clash of heads and stayed on the floor for a few minutes. I wondered whether we might finally get to see young Fabio Tavares given some game time off the bench, but Gyokeres was able to continue with a bandage firmly in place around his forehead. We were still lacking cohesion in the final 3rd, and as the minutes ticked by I thought we were getting closer and closer Barnsley shithousing a win as other sides have done in recent times at the CBS. They almost scored after a beautiful ball across the face of our goal, but thankfully nobody could get a touch on it in the middle to send it goalwards.

Gyokeres had a decent opportunity after going through one on one with Collins, but his shot was a tame one when he had reached the edge of the Barnsley penalty area. Every other chance we had after this was blocked, with Barnsley bodies flying in the way of everything we threw at them when we got forward. It was a solid defensive display in fairness to them, and they clearly had a desire to protect their clean sheet - after all, a point apiece would’ve been a great result for them!

I was a little bit concerned at Mark Robins’ lack of substitutions in the second half. With 20 minutes to go and the scores still at 0-0, personally I would’ve been looking to shake things up a bit. Just to try something new if anything, as what we were doing clearly wasn’t working - the bench wasn’t exactly full of game-changing talent, but surely it was worth throwing someone like Jordan Shipley or Fankaty Dabo on to see if they could make a difference?

A lot of City fans have been clamouring for Fabio Tavares, as he’s been prolific for the Under 23’s this season and we’ve been struggling for goals - personally I’ve been in two minds about this situation. On the one hand, I would love to see him given a proper chance in the first team but on the other, I trust Mark Robins’ judgement and I understand that there is a very good argument for going with experience rather than youth in most situations. Today though, with us not looking like scoring, why not throw him on and see what he can add? He’s quick, skilful and he knows where the goal is! With 83 minutes on the clock, Robins finally did give Tavares a go in place of Martyn Waghorn who, while he had worked reasonably hard, just hadn’t cut it today. It was time to see what the young lad could do, albeit with limited time on the pitch!

It transpired that Tavares wouldn’t actually be given much opportunity to do anything, as we pushed for a late goal into added time. I think he only had a very small number of touches, so had little impact on the game in the end. Of course, had he been introduced earlier this may have been different - the Sky Blues fans will undoubtedly still be crying out for him in weeks to come and I hope we get to see more of him, but it’s baby steps for him right now unfortunately!

When all hope of a late winner seemed lost, we ended up winning a corner. Todd Kane was shouted out to hurry up and take it by a lot of Sky Blues fans - Kane was walking over to the corner flag which upset a few people given that we needed a goal! Eventually the corner was taken, and headed clear by Barnsley’s defence, but we worked the ball back in and the cross that was floated in wasn’t properly cleared - the ball found it’s way through to Dom Hyam, who swept it home confidently into the bottom corner to bag what had to be the winning goal! It was incredibly lucky (taking nothing away from Hyam’s finish of course!) that the ball found its way through - it really should’ve been cleared and the interception was just completely missed!

It was a scrappy win, and one that I can’t say that we wholeheartedly deserved. Of the two sides we did edge it, but we were far from convincing again and like last weekend against Reading, we won thanks to a bit of luck. It’s better than nothing though, and it moves us up to 10th in the table, 3 points off the play offs. It’s still doable for us, but we’ll need to avoid losing in our next 3 or 4 matches to really believe that we can sneak into the play offs - Bristol City away on Tuesday will be a big test! We’ve got Preston at home following that, then Swansea away and then Luton at home in early March, and they’re all teams that on our day we can beat but we’ve looked off the boil in recent weeks in my eyes. I hope the team have the belief they’ll need to take points from all of these upcoming fixtures!

Another last gasp winner at the CBS - you couldn’t write how many we’ve had this season! 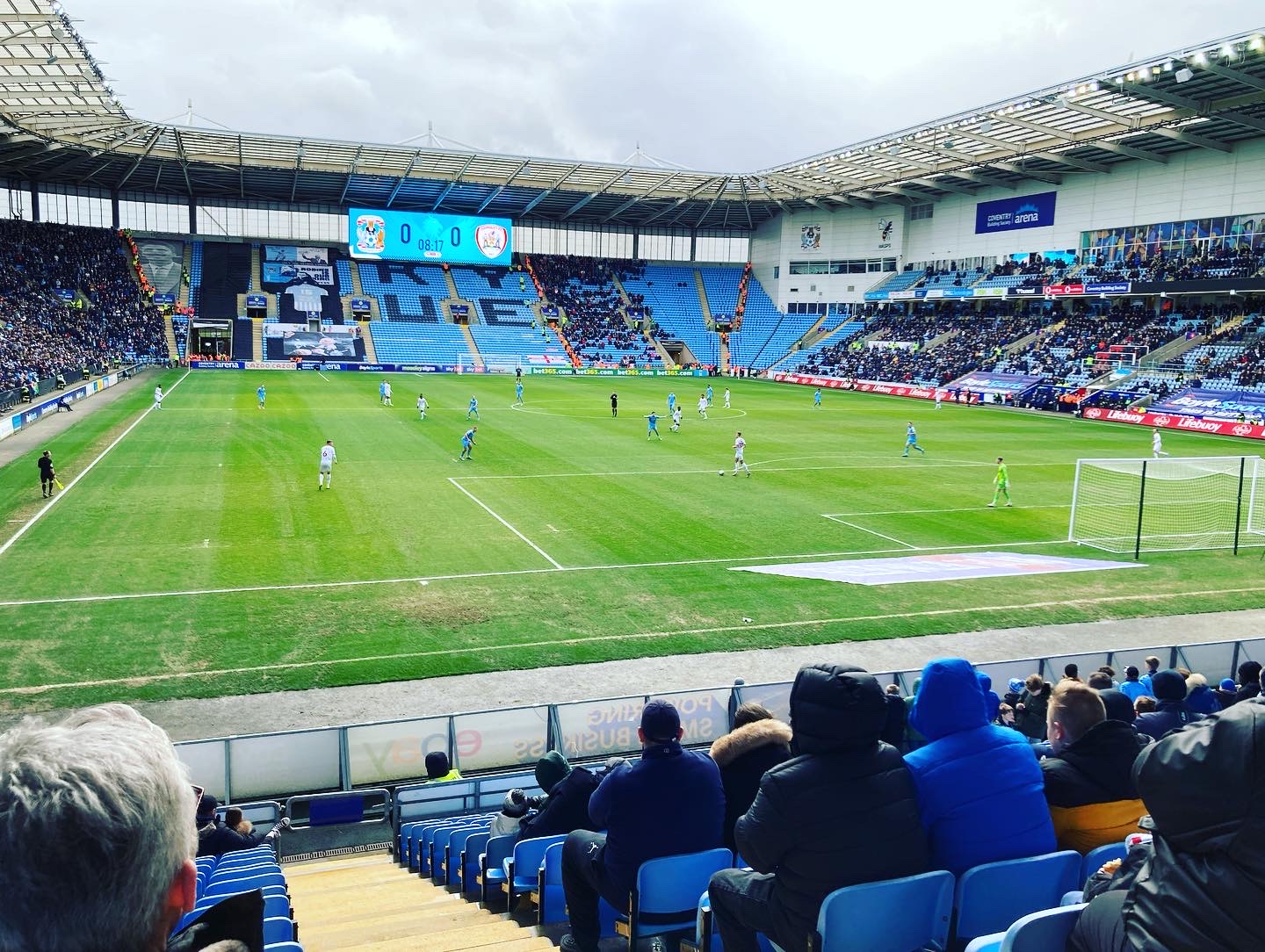 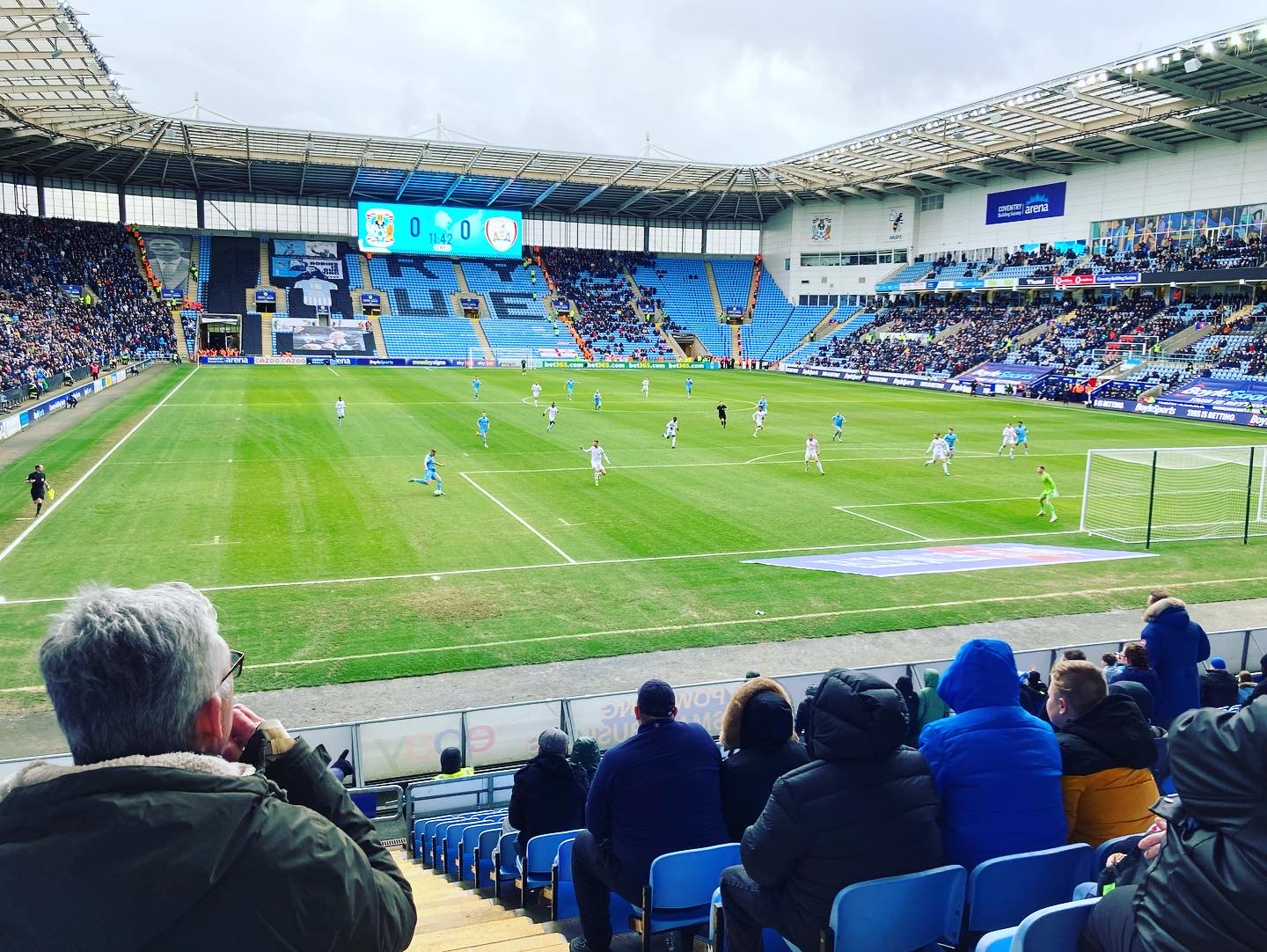 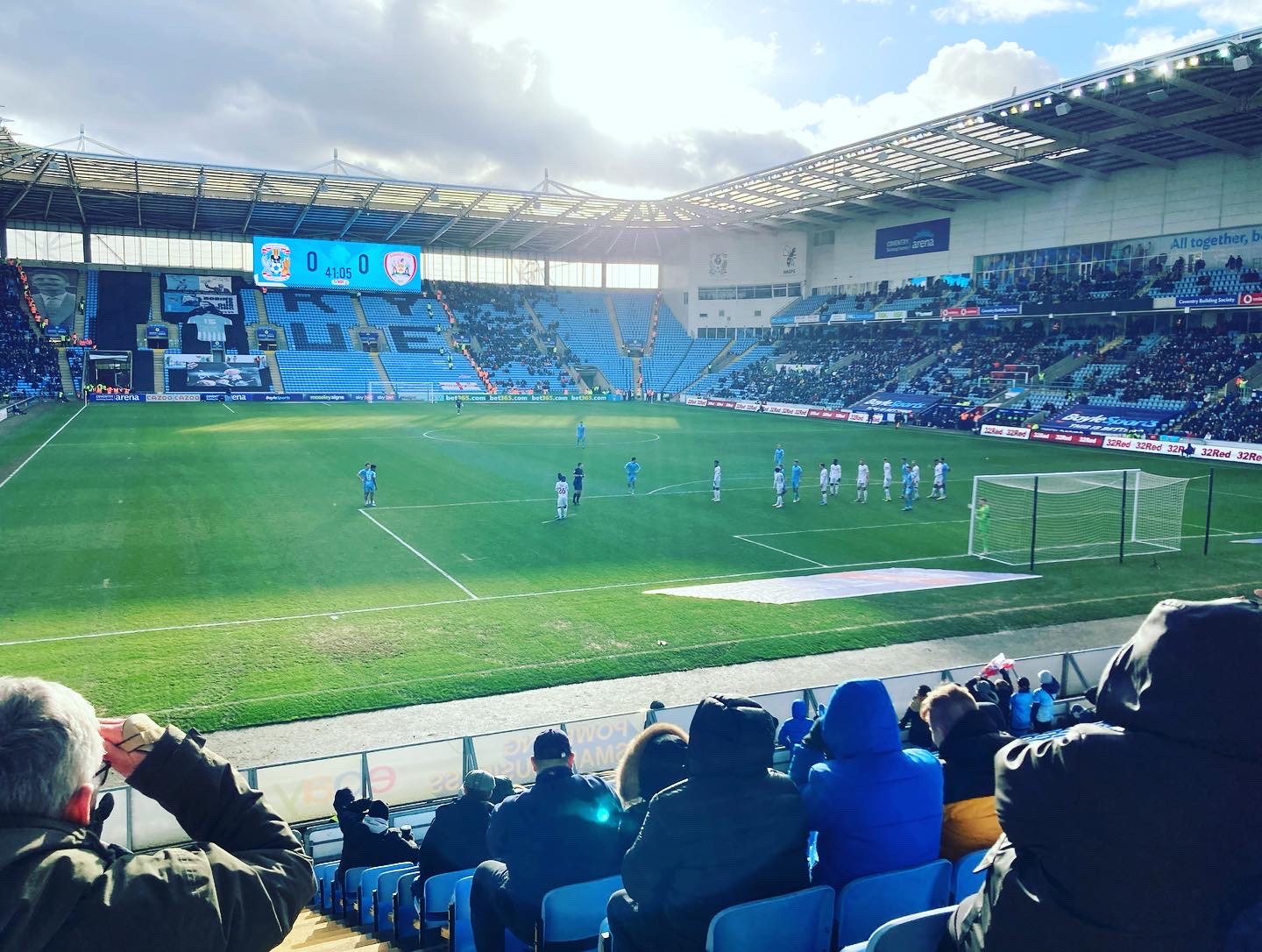 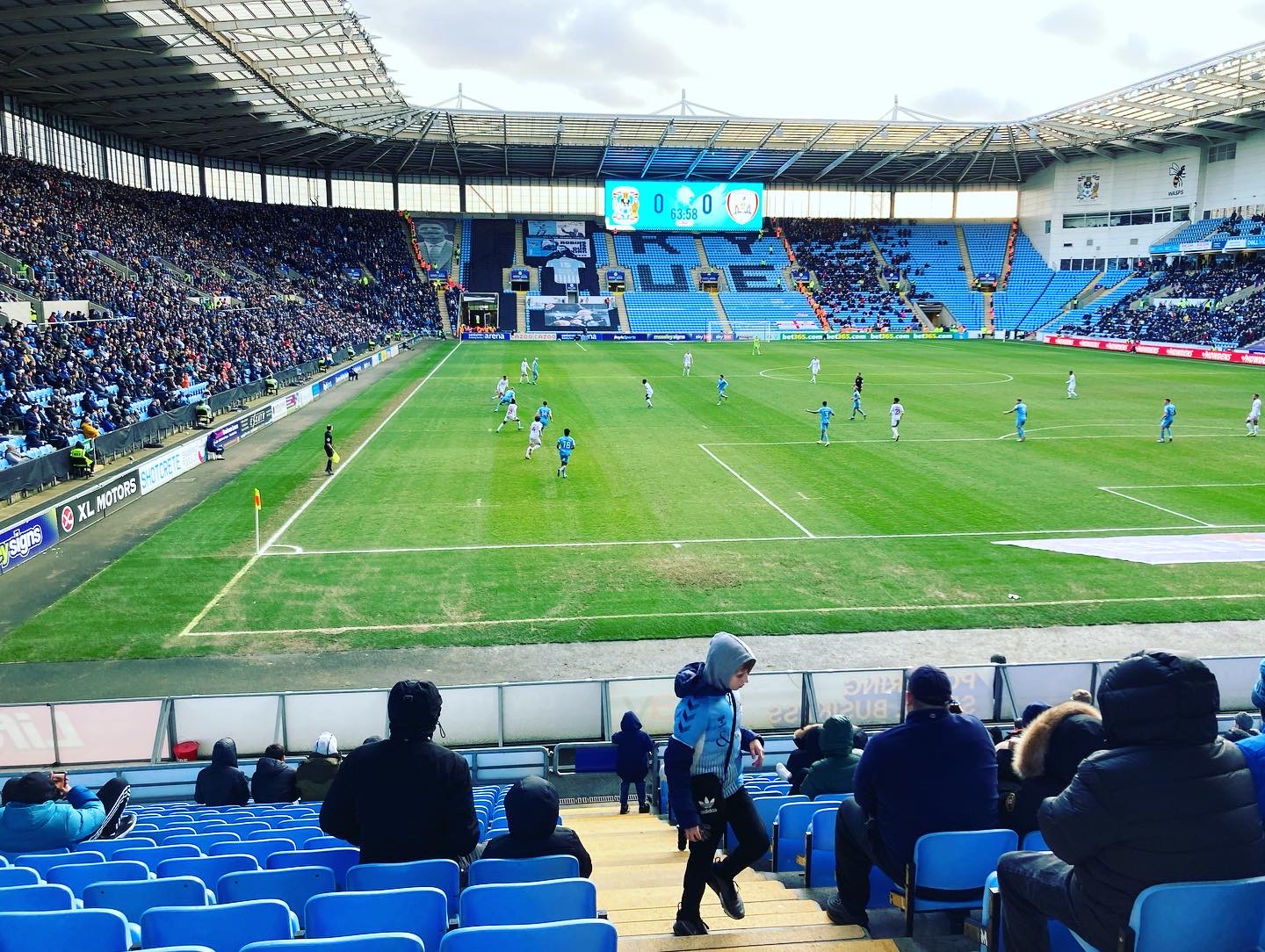 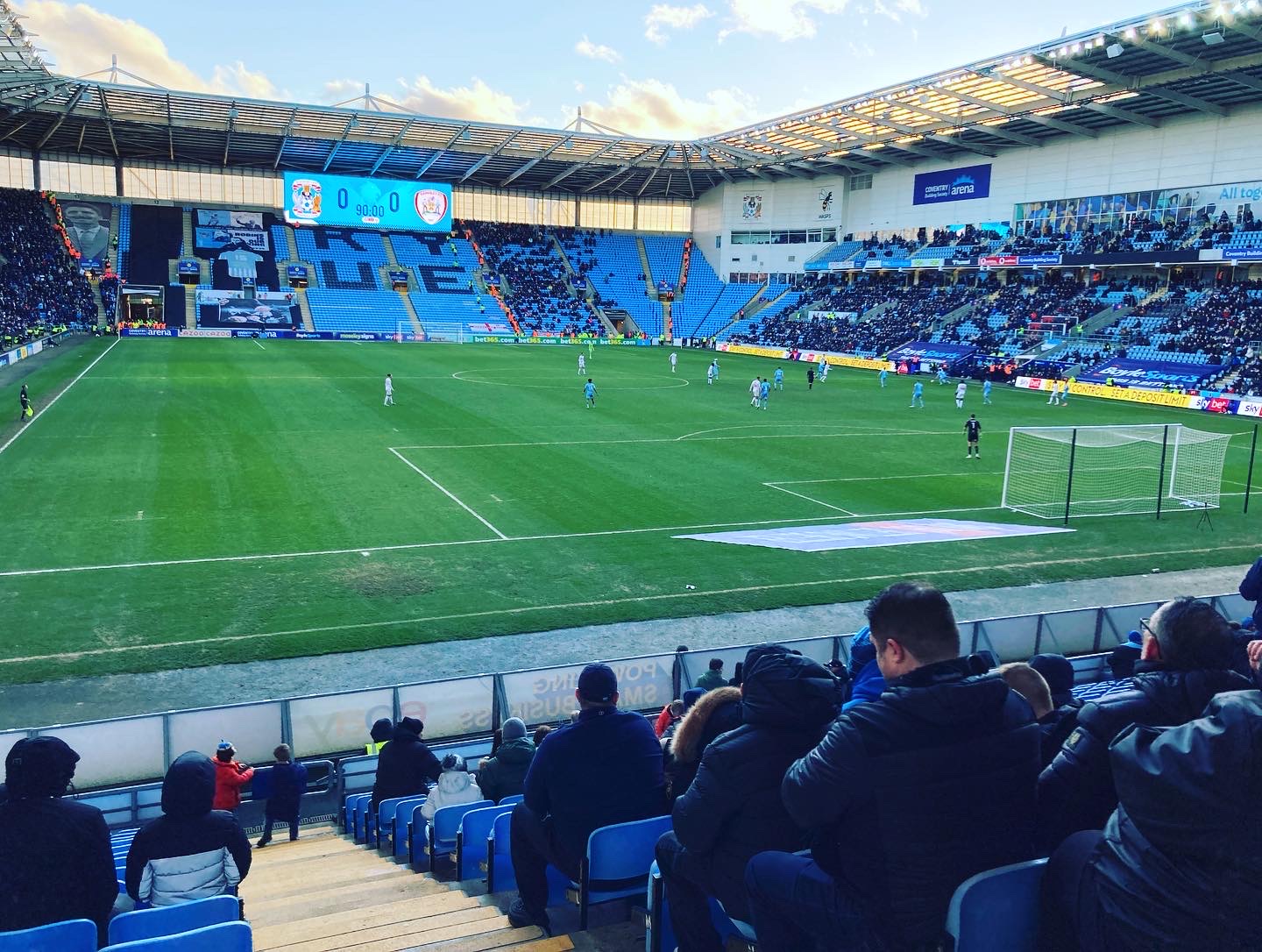 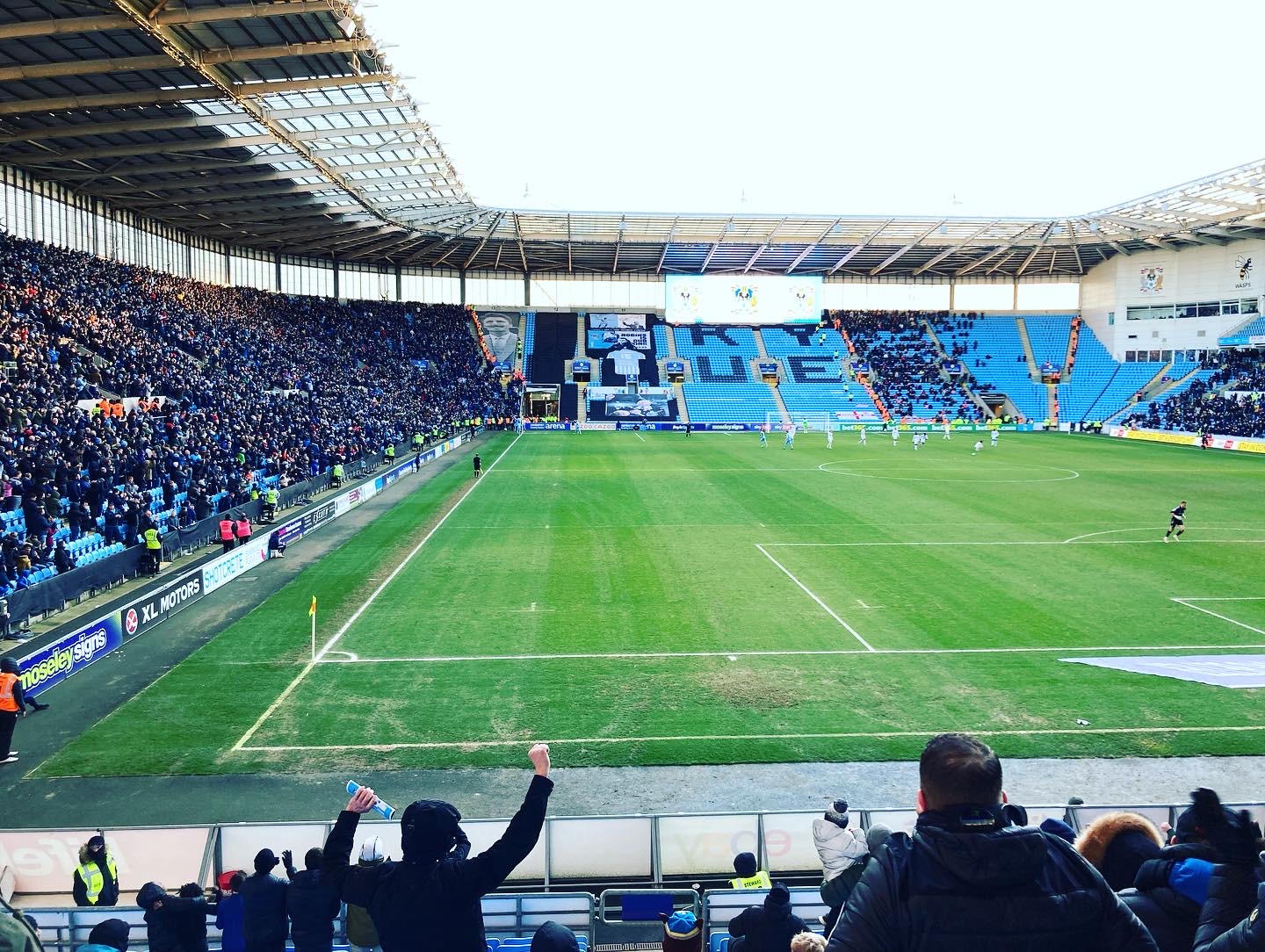 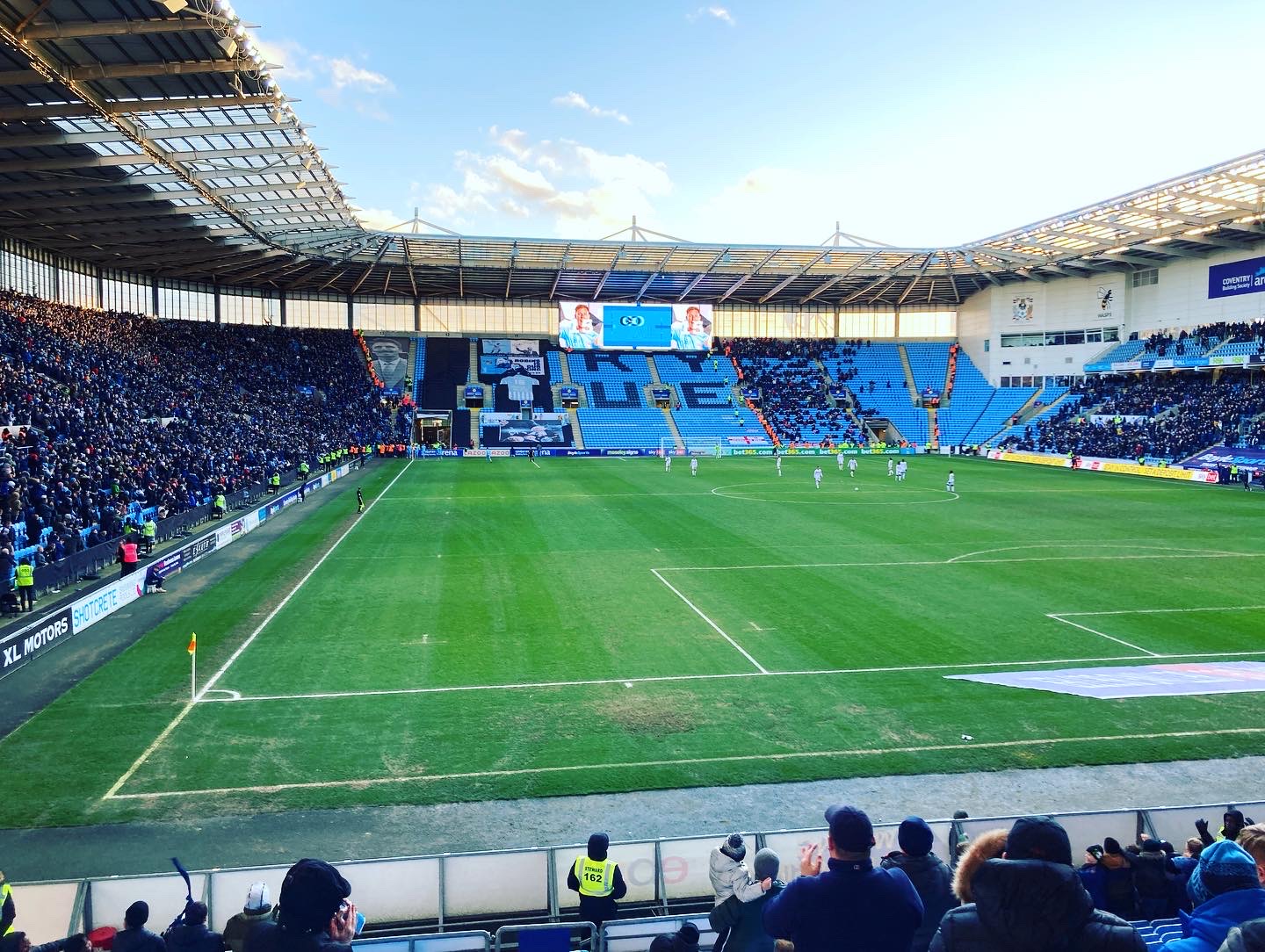