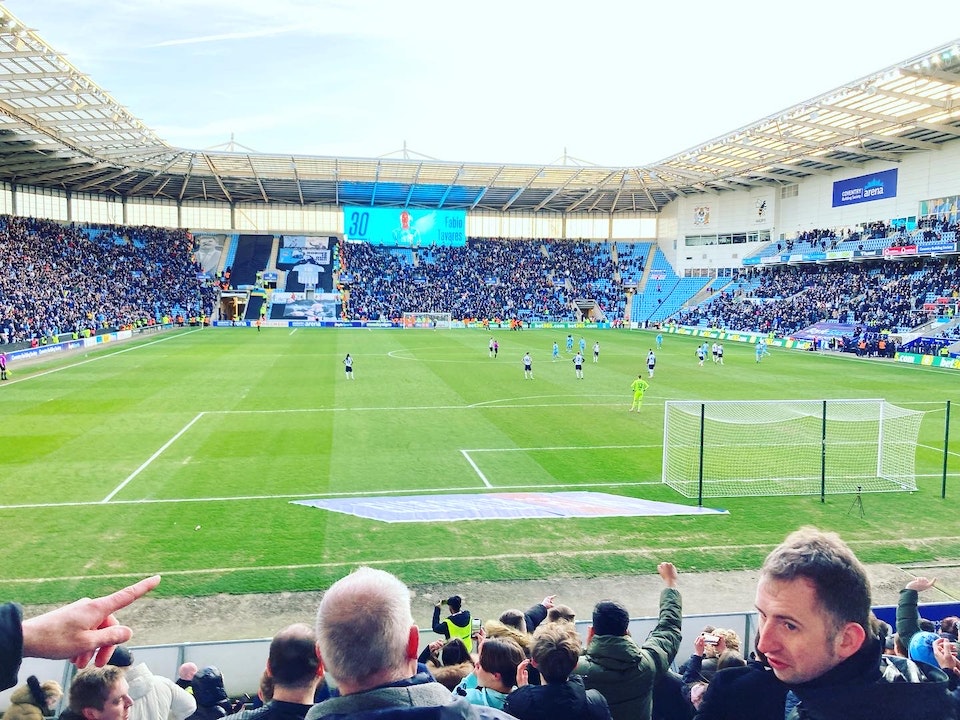 A tricky game was on the cards for the Sky Blues today - Preston at home, our ‘bogey’ team. We never seem to do very well against them, and due to this I wasn’t feeling very confident ahead of kick off today. We’ve picked up points in recent games but we haven’t fully deserved them, and today felt like it could be one of those games that just doesn’t go our way.

That being said, Mark Robins clearly sensed an opportunity - he had reverted to a centre forward pairing of Gyokeres and Waghorn again, and with two men up front we would surely be looking to go on the offensive today. Callum O’Hare would play in behind them, with Gustavo Hamer and Ben Sheaf in the centre of midfield. It was a strong team, and we had some useful options on the bench too - Fankaty Dabo, Jordan Shipley, Jake Bidwell, Jamie Allen and Fabio Tavares could all have chance to play their part. Ideally we needed a win today after making good ground on the top 6 in midweek, but you never know what’ll happen when we play Preston!

I had to sit in a different seat to my usual preference again this week due to my ankle injury, but had managed to move over a block this week so I had a more central view of the pitch from behind the goal. I thought it was a very nice touch from the club to show the Ukrainian flag on the scoreboard during the first minute of the game, in light of what’s currently happening there. I’m glad to see it was met by a decent round of applause from the Sky Blues fans.

We started the game very brightly, on the front foot as I had hoped for. Our first chance of the game came through a Todd Kane cross from the right, which was met in the air by Viktor Gyokeres - his header went over the bar, but it was a good sign of intent from ourselves. We were looking to get forward at every opportunity, and for the first 20 minutes of the game we were excellent, but we didn’t really work the opposition keeper at all. Gustavo Hamer had an effort from distance that was straight at him, but besides that I don’t recall Daniel Iversen having to make a save at all in the first half.

Preston’s tactics were clear to see - break up play (and don’t worry about the potential for bookings), soak up the pressure and then hit us on the counter. They started to grow into the game the more the first half went on, and had a particularly dangerous moment at one point which they probably should’ve done better with. Callum O’Hare went down on the edge of the penalty area, but the referee gave nothing - Preston cleared the ball and were able to get us on the back foot, eventually working the ball across to their left hand side where a white shirted man was waiting (I believe it was Cameron Archer but I can’t remember!) - Simon Moore was able to produce a good save to keep out the resulting shot, but if the finish had been a better one I doubt he would’ve kept it out.

Towards the end of the half we were really under the cosh, and I was worried we would concede from one of the corners we were giving away. It would’ve been typical of us to go a goal down just before half time! Thankfully we survived though, and in truth I think the players were glad to see the break come. We had started really well but had then dropped off and allowed Preston to get on top of us, and it didn’t help that our passing had become sloppy as well. It’s always worse if you’re on the back foot and can’t keep the ball either!

Providing we didn’t make any silly mistakes, this game was still there for the taking though if we could test Iversen a little more in the second half I thought. Ian Maatsen had an early chance after a cross from the right found it’s way to him at the back post, but the ball just wouldn’t sit for him to get a shot away.

We were then subjected to a 10 minute spell of further Preston dominance - Simon Moore was forced to scramble down to his right to keep out a Ched Evans header, I think it came back off the post if I remember rightly as well. Simon Moore kept us in the game without a doubt, he was excellent from start to finish (business as usual really!) - he was tested a couple of times from outside the area, but each time he was able to get down to make a save and most importantly, keep the ball from rebounding into a dangerous area.

After surviving the Preston pressure we had a couple of half chances - Maatsen found the ball dropping to him again at the back post, and second time around he had time to take a touch and volley an effort towards goal, but it ended up going just wide. Martyn Waghorn was played through by a lovely Callum O’Hare back heel, but he couldn’t get the ball out of his feet as he ran towards goal and in the end wasn’t able to get a shot away. There was definitely a more positive feel about the game though, and in truth it could’ve gone either way as we approached the hour mark.

Mark Robins then did a very unusual thing by his usual standards, and made some substitutions just after the 60th minute - he clearly felt that we needed fresh legs, and so introduced Dabo for Kane on the right and Jake Bidwell came on for Waghorn, with Maatsen moving up the pitch into attacking midfield. It was still an attacking change in my mind despite a centre forward going off, but it also gave us a bit more energy at the back which would surely help with Preston’s counter attacks.

The game went on with chances at either end and Preston continuing to bully our players and commit cynical fouls whenever we got into their half. It was frustrating from a Sky Blue perspective, but the referee was happy to show his yellow card (Preston ended the game with 5 yellows and 1 red shown, which tells you all you need to know really!). Try as we might when we got forward though, we didn’t look like scoring at all. We had a couple of corners and a free kick from a dangerous area that all came to nothing, and Preston also had a couple more attempts on our goal. It’s fair to say Simon Moore was the busier of the two keepers over the course of the game.

With just under 10 minutes to play, I was still hoping that we would be in for some more late heroics. Preston’s Liam Lindsay was shown a second yellow card, giving us a man advantage and a prime opportunity to throw the kitchen sink at our visitors now. The free kick we earned from Lindsay’s challenge came to nothing, it was cleared up the pitch and Preston would yet again hit us on the counter attack, only this time they got in behind us and Fankaty Dabo brought down his man in the penalty area. He was the last man, and he had to walk for it - the referee duly produced a straight red card, which will see Dabo suspended for the next 3 games, and awarded Preston a late penalty. I didn’t have any complaints about it, I didn’t have the best view of what happened but it seemed pretty cut and dry to me really!

After a brief delay due to a couple of idiotic pitch invaders, Daniel Johnson stepped up and sent Simon Moore the wrong way to send the away end into raptures. I thought it was game over, going 1-0 down at this point of the game - even despite our fondness for late goals this season. We hadn’t looked like scoring all game, but there was a small glimmer of hope when they announced that there would be 6 minutes of added time. Callum O’Hare went close with a header from 8 or 9 yards out, but it went just wide - it bounced up to him quite late in fairness. He was then taken off immediately afterwards, and young Fabio Tavares was introduced - he couldn’t produce a moment of magic could he?

Well, as it transpired we would have one final chance to get something from the game in the form of a free kick just outside the box. The ball was swung in from the right and after a bit of head tennis, it dropped to Tavares who took a touch out of his feet, and then opened his body up to curl a beautiful effort straight into the top far corner of the net. It was an absolute peach, a cracking way to score your first goal for the club! Cue pandemonium in the home end.

I’m delighted for him - there’s been much clamouring for him after how prolific he’s been in the U23’s this season, and I was very much hoping that he would turn out to be a good player for us but also a little worried that he’s been hyped up a bit too much. If he’s got that kind of finish in the locker though, in that kind of situation when we desperately need a goal, then maybe he is as good as we all hope he is! Together with Simon Moore he’s dragged us over the line to secure a point and I don’t think we could have said we deserved more today in truth.

We didn’t look like scoring and Preston exploited us on the break at every opportunity, they were tougher than us and at times stopped us from playing our football. Not many teams have done that when they’ve come to the CBS this season so fair play to them - I’m glad we were able to come out of it with a point! It’s better than nothing though, and every point is crucial at this stage of the season.

If I had to sum up this season in one sentence, it would be “we left it late!”. 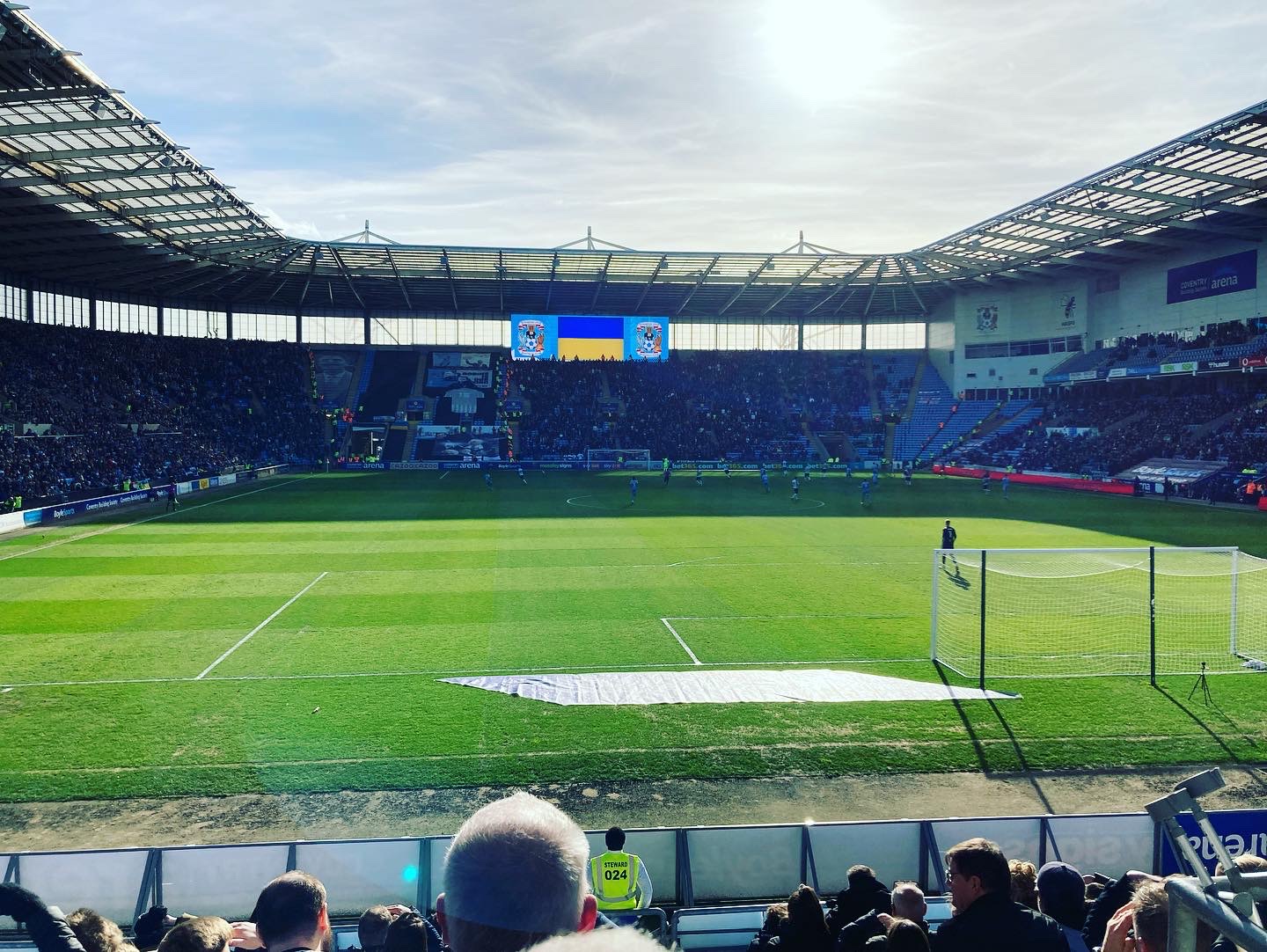 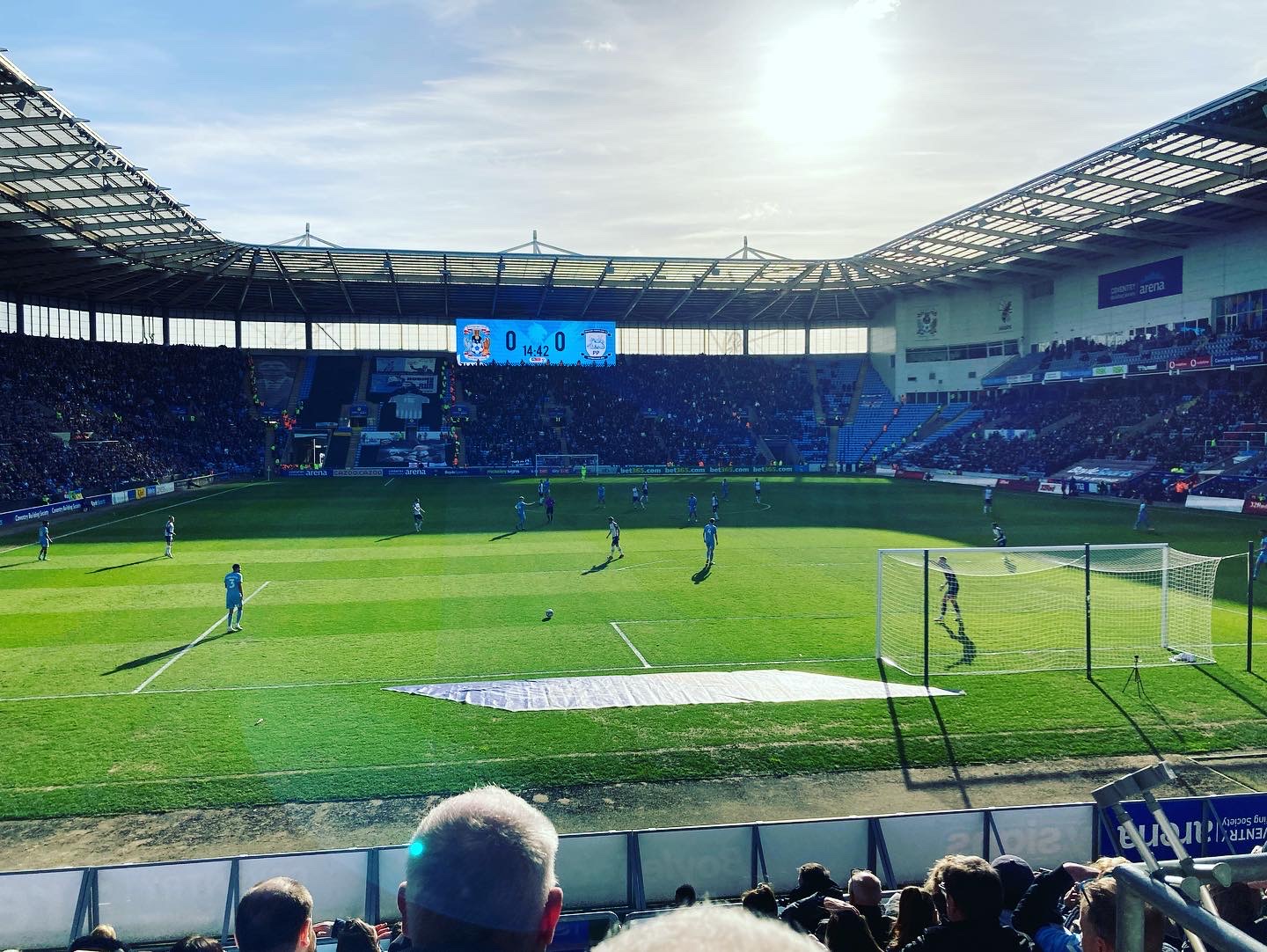 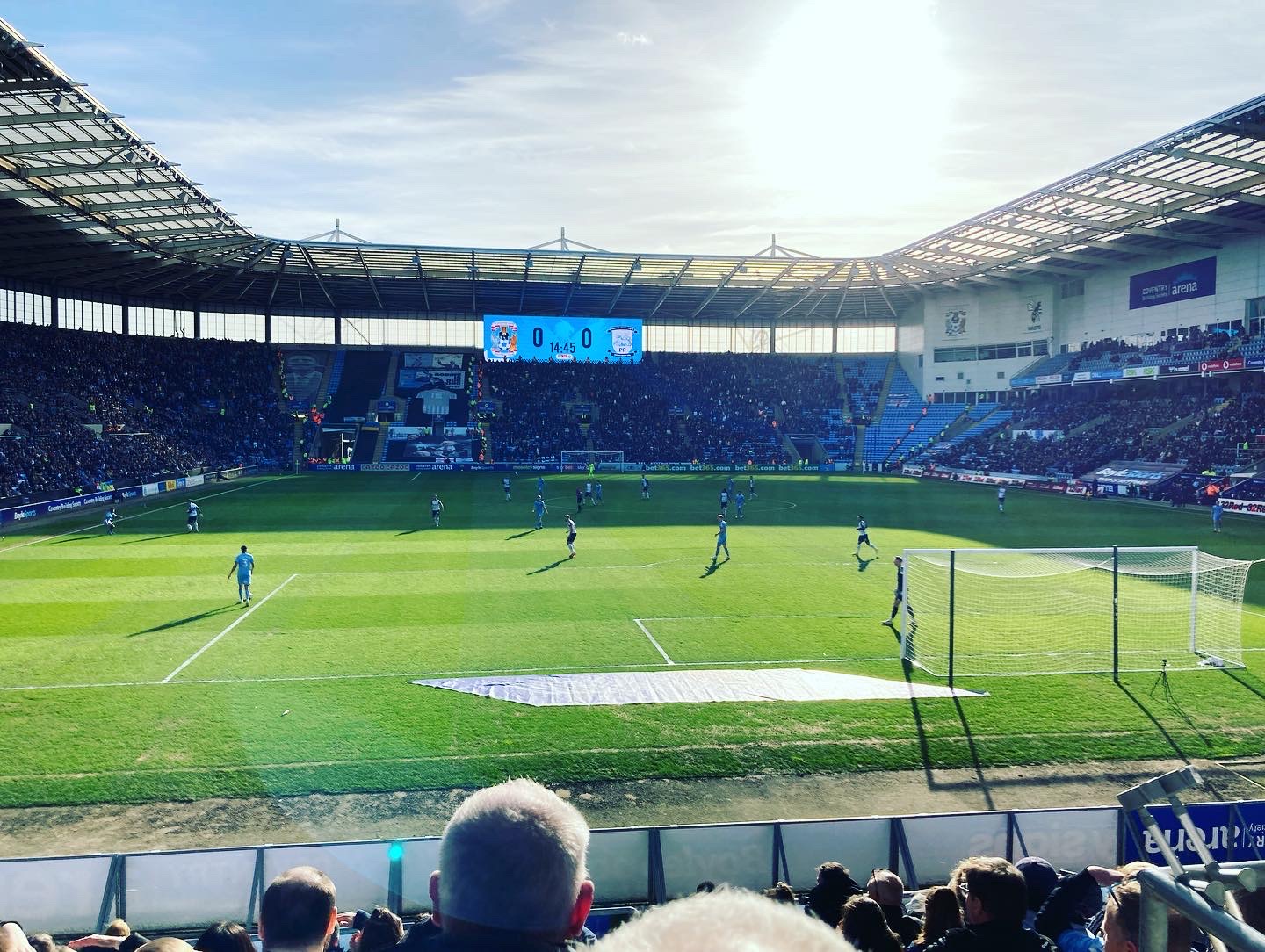 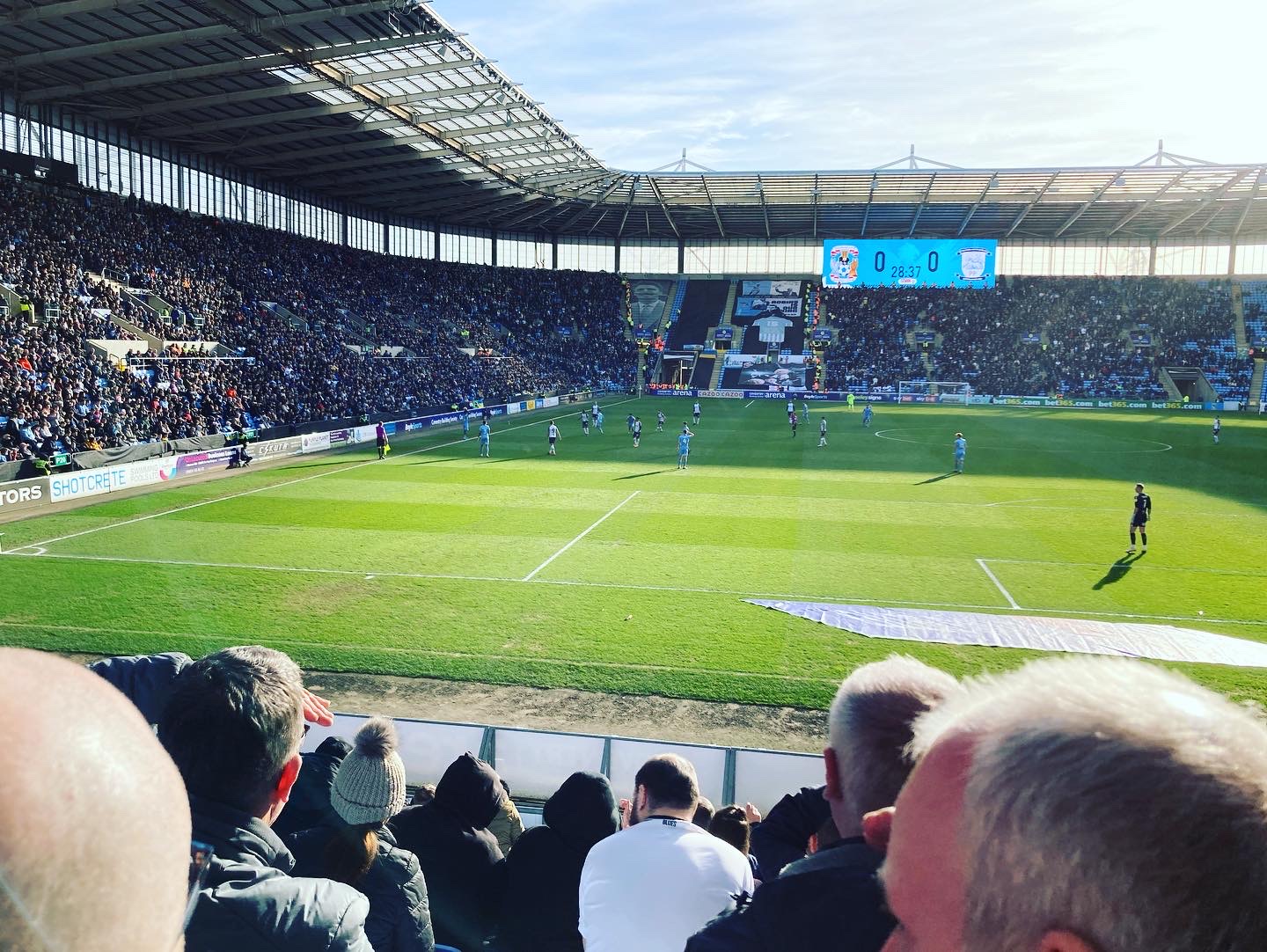 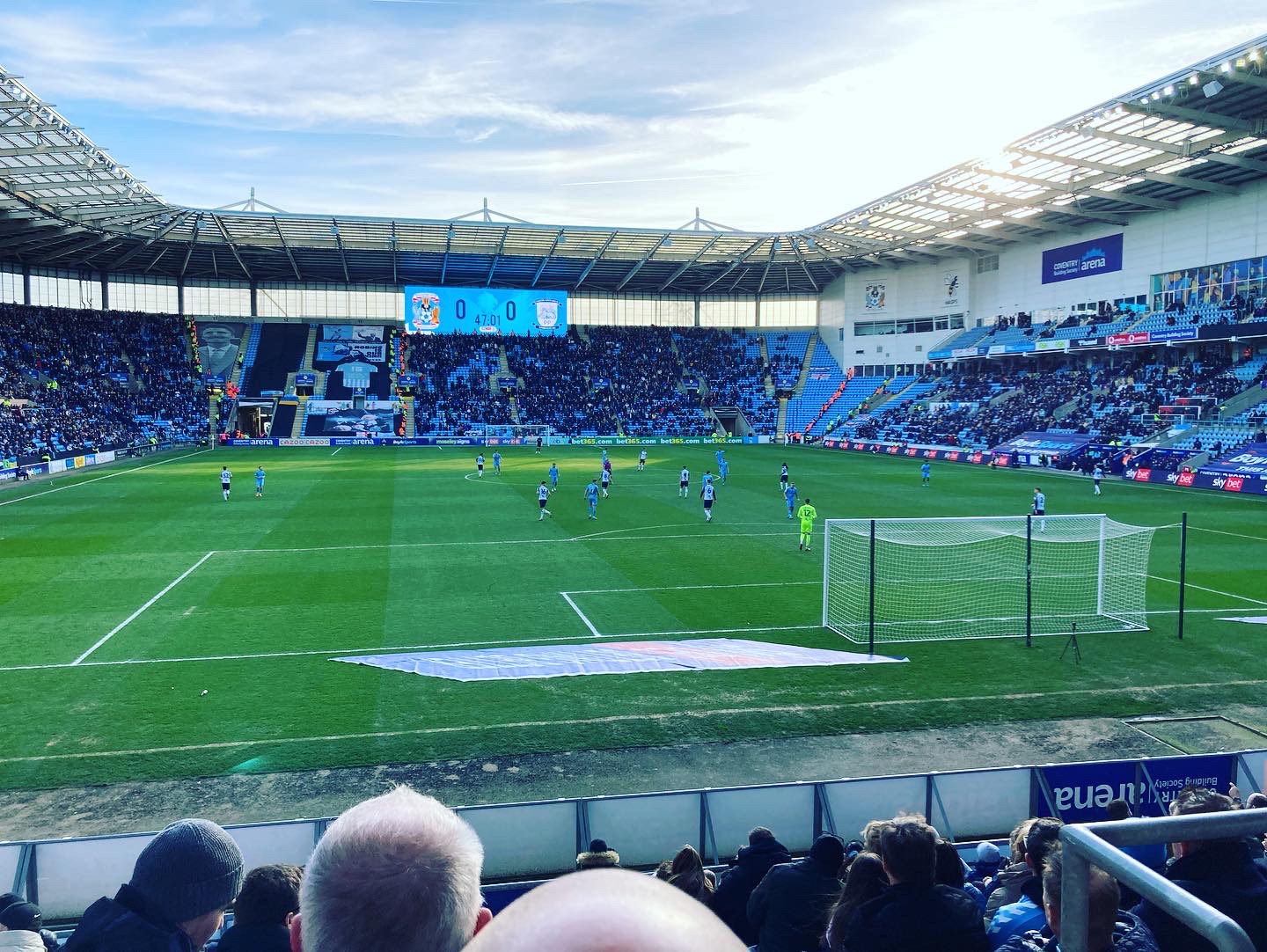 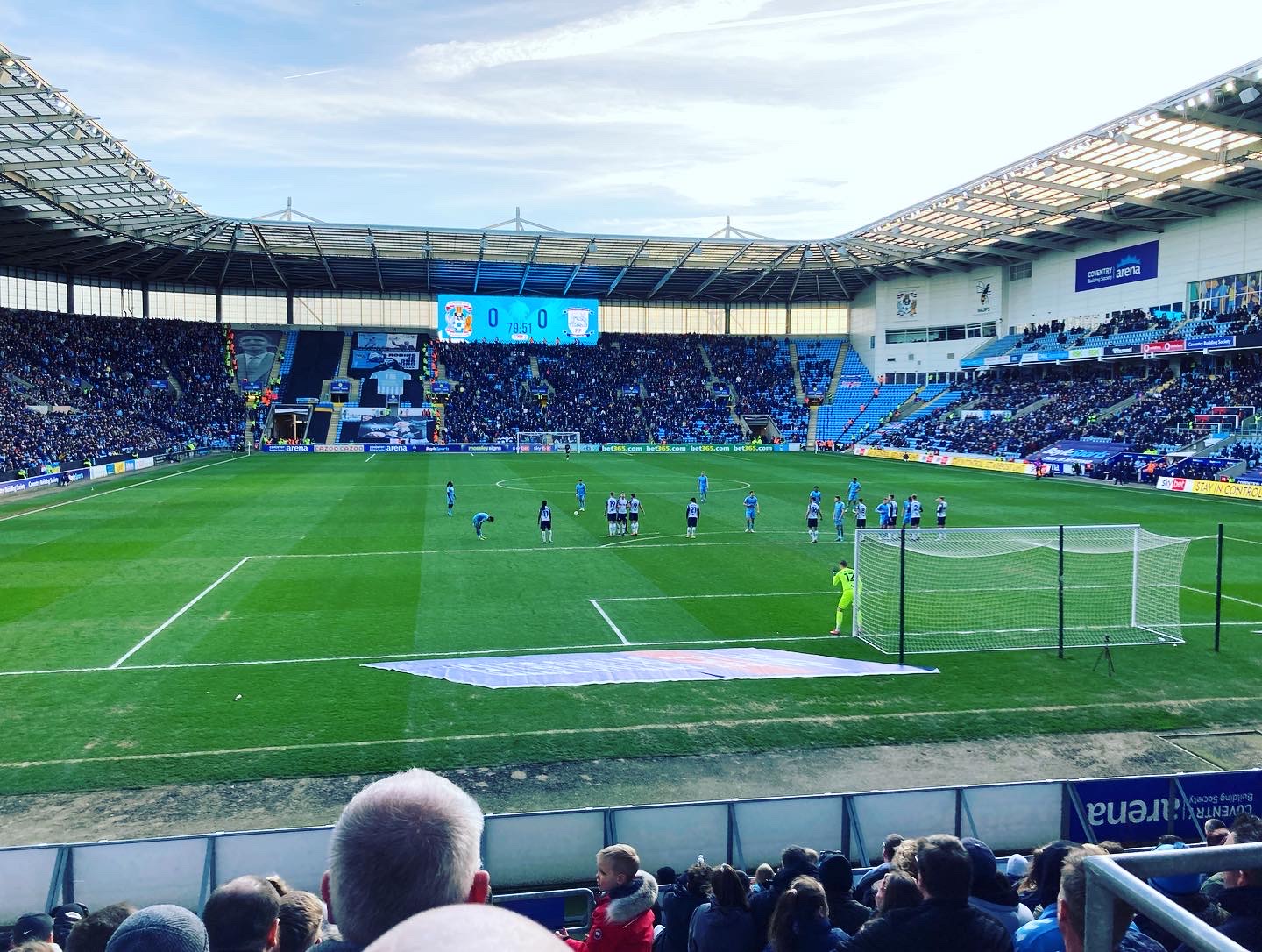 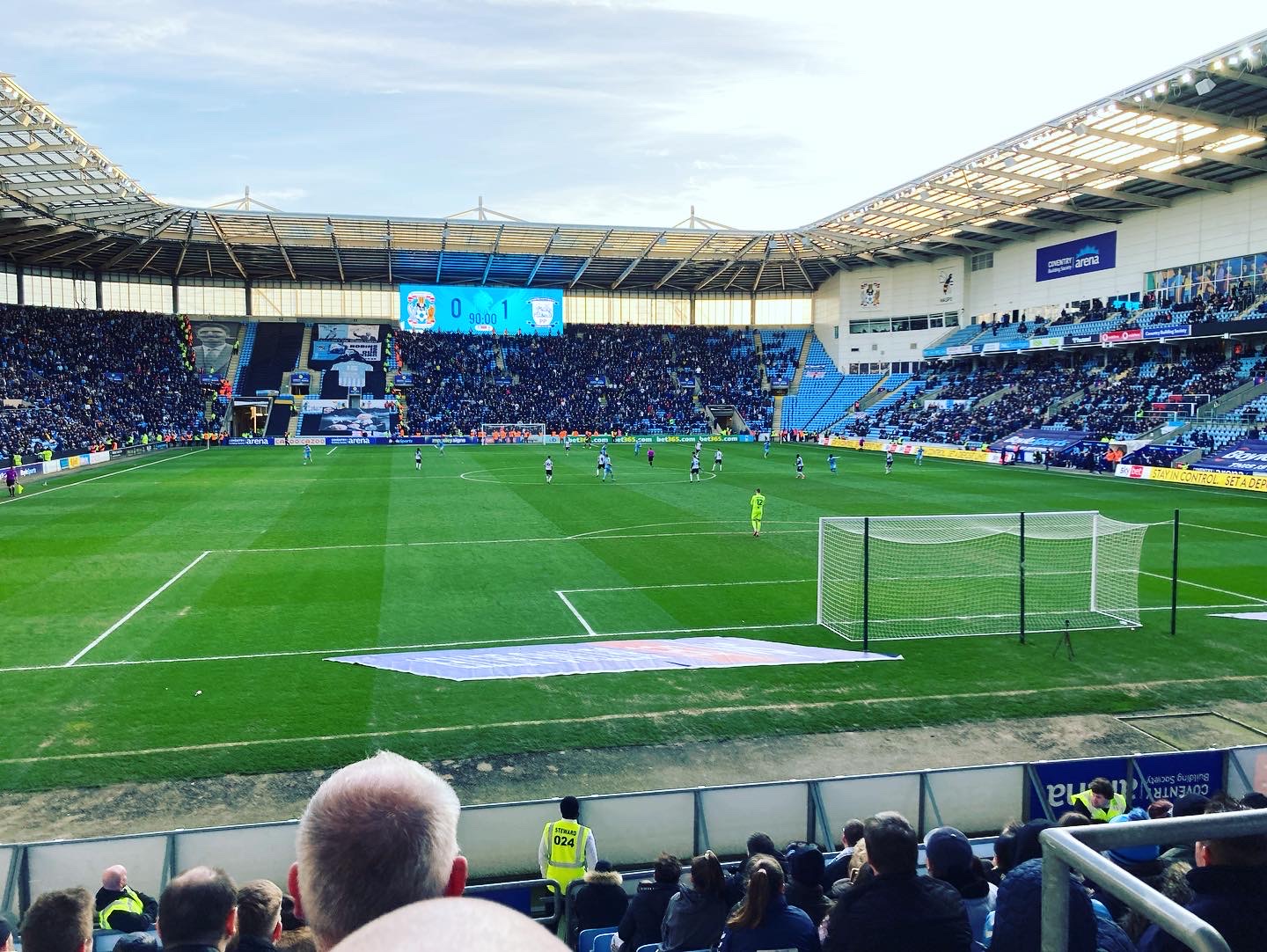 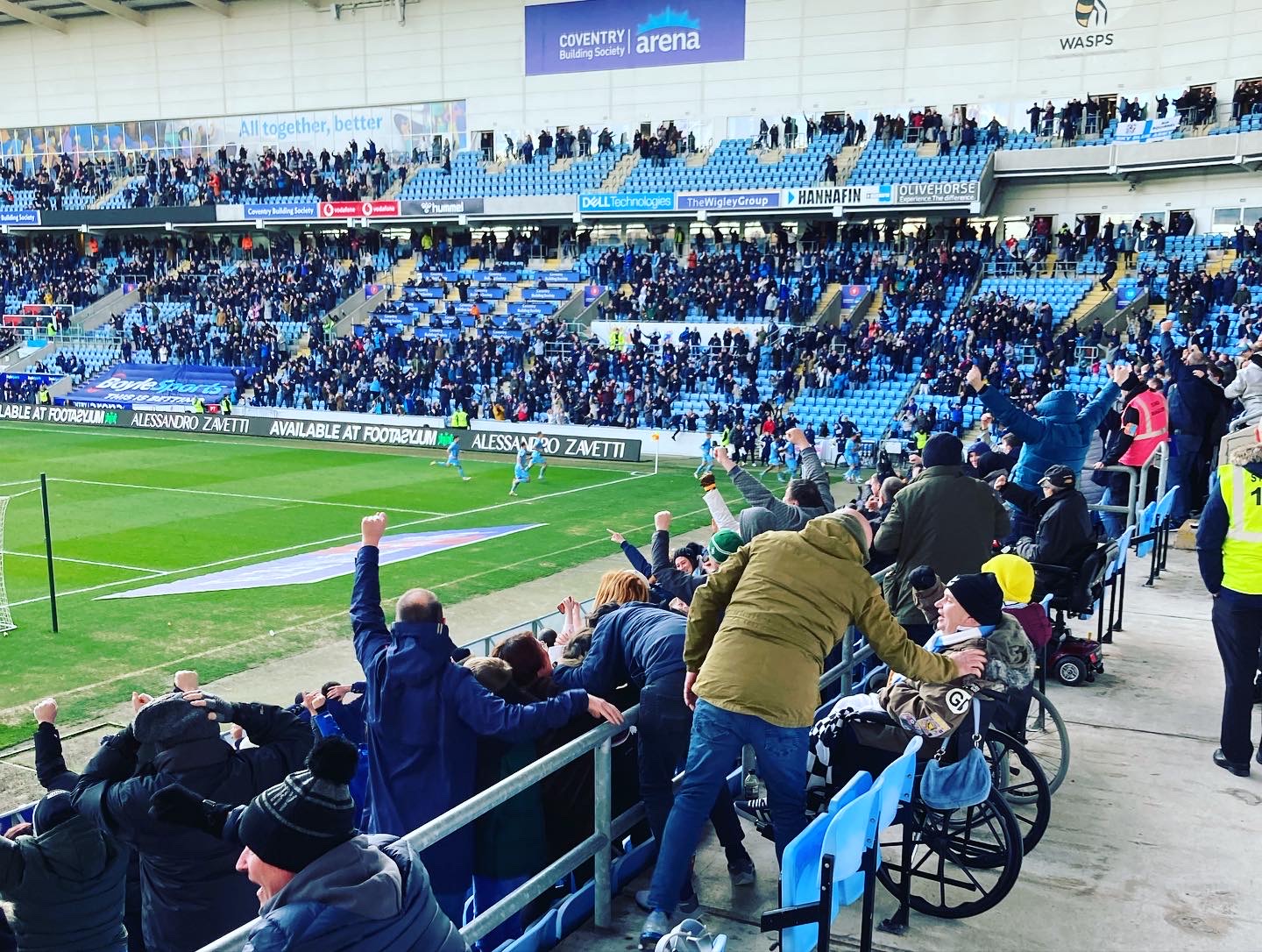