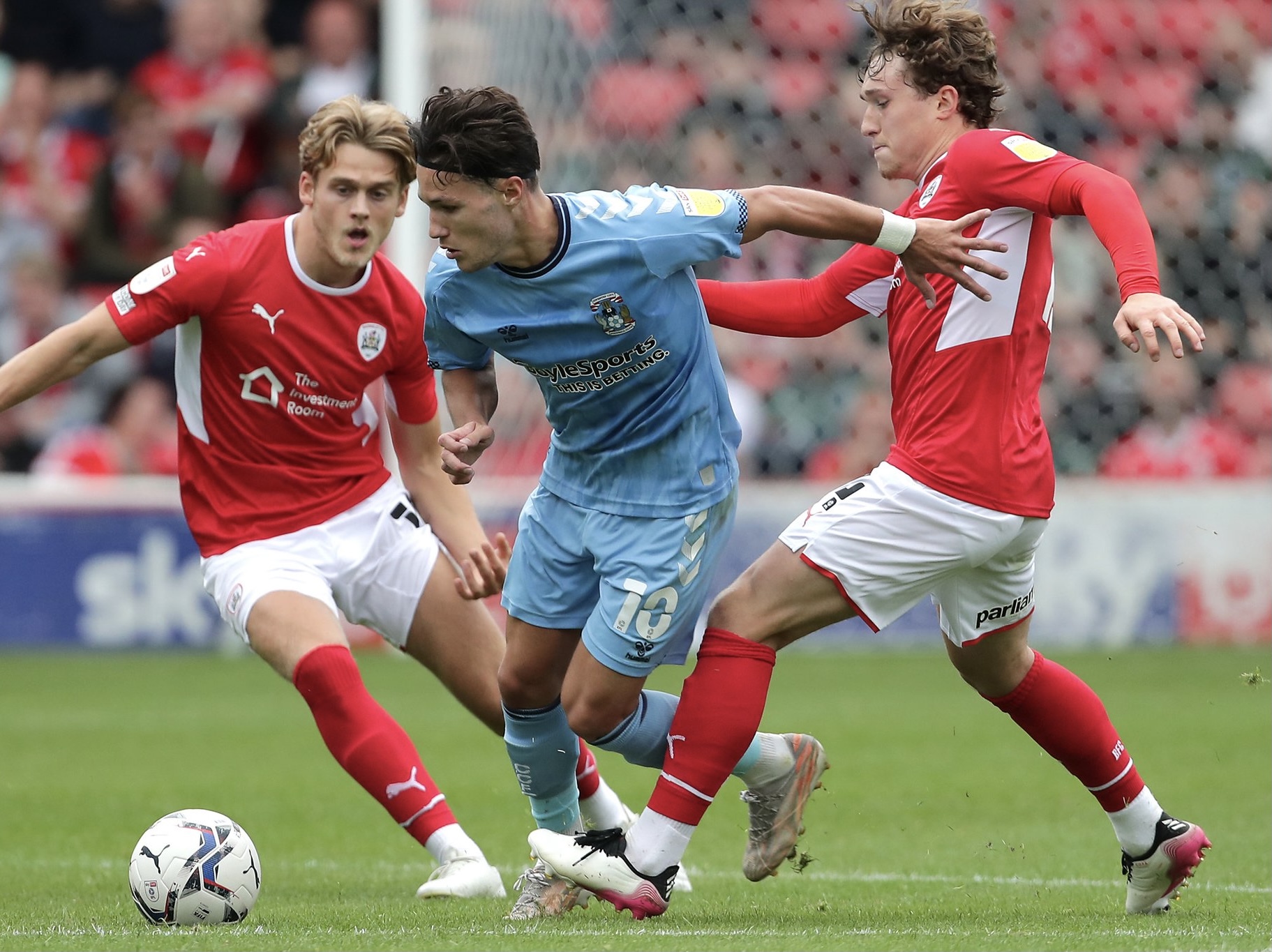 Our first away trip of the season was to Oakwell today, for a decent test against a top 6 side last season in Barnsley. I felt confident about our chances today - last weekend’s result was brilliant against Forest and I felt we could carry that momentum into today. Sadly I couldn’t make the trip up north myself but I was sat watching on my from sofa via the magic of Ifollow.

The game started in lively fashion, with Simon Moore being called into action to make a smart save inside the 2nd minute. We then went straight up the other end on the break - the ball dropped to Callum O’Hare but he couldn’t hit the target. O’Hare was looking sharp throughout the first half, I also thought Fankaty Dabo looked very threatening down the right hand side as well. He often does to be fair, the man is an absolute steam train of a wing back!

Barnsley had their moments but we had another couple of decent chances - Kyle McFadzean went close with a header from a lovely Gustavo Hamer free kick! Not long after we put together a good move down the left, Viktor Gyokeres got on the end of a deep cross to the back post but his volley into the ground bounced up and hit the bar! You could argue he should’ve done better - I was off the sofa thinking he’d put us 1-0 up, but sadly it wasn’t to be (an unfortunate piece of foreshadowing as to how the rest of the afternoon would go!).

Eventually we were made to rue these missed opportunities - Dominik Frieser was able to put Barnsley 1-0 up after a good through ball found its way through our back line. Simon Moore was left with no chance, a good finish in fairness!

At half time I felt we were hard done by to be behind. We played some lovely football and created good chances, we’d also looked quite solid at the back despite the odd moment of Barnsley pressure. There was lots to be positive about for us and every chance of another comeback like last weekend!

We started the second half brightly, however couldn’t seem to find that final ball into either Gyokeres or Waghorn to get a shot off - my only criticism of Callum O’Hare is that he sometimes waits too long to play the ball across the box! Besides that he is an absolute joy to watch, and was a constant thorn in Barnsley’s side. Gustavo Hamer also had a good game, playing some beautiful forward passes and at times we really stretched Barnsley! Gyokeres makes lovely runs into the channels as well and our build up play can be fantastic at times.

We really pushed for a goal in the second half. Michael Rose had a header cleared off the line by Cauley Woodrow and Martyn Waghorn had a header he should’ve done better with, under pressure from their centre half but really he should’ve been hitting the target. Again Barnsley only really threatened us occasionally and the momentum seemed to be with us throughout the entire half! I can’t recall a clear cut chance for them in the second half to be honest.

Hamer tested Barnsley keeper Brad Collins with a well hit free kick from just over 20 yards out. It was a good save from the keeper to tip it over the bar, as the free kick was hit with plenty of dip and pace on the ball. I really believed we would be able to equalise having had all these chances! I was also pleased to see Jake Clarke-Salter come on for his debut, a centre half signed on a season-long loan from Chelsea yesterday. He looked pretty solid and composed when we needed him to be!

The longer the game went on the more it looked like it just wouldn’t be our day. There was a bit of handbags around the 87th minute after a foul on O’Hare - Barnsley’s Kitching at the centre of it by the looks of things, having brought O’Hare down - both players ended up in the book, which looked to be the correct decision for me as O’Hare had reacted a little to being fouled. We continued to apply pressure though and eventually substitute Jamie Allen was brought down inside the Barnsley penalty area. After a slight hesitation the referee pointed to the spot and awarded us the penalty, Barnsley can’t have any complaints about the contact in my eyes though. A massive moment in added time!

Up stepped Viktor Gyokeres. Sadly, his penalty lacked conviction and Collins was left with a rather comfortable save to make. I was absolutely gutted, as we had deserved a goal all game and this was our last chance for that elusive equaliser! It was a real shame for Gyokeres as well after his good performance up front, though I’m not sure why Martyn Waghorn didn’t step up to take the penalty. This ending summed up our day really - it just wasn’t meant to be!

Despite the result I’m still feeling upbeat however. We played brilliantly in my eyes and that can only be a positive. Barnsley didn’t test us as much as I’d expected, I thought Romal Palmer in their midfield was excellent in fairness to him and he was probably their best player, besides their keeper. But Callum O’Hare, Fankaty Dabo and Gustavo Hamer were more impressive for me.

Its disappointing to lose, but we’ll go again away at Blackpool on Tuesday night. On to the next one!