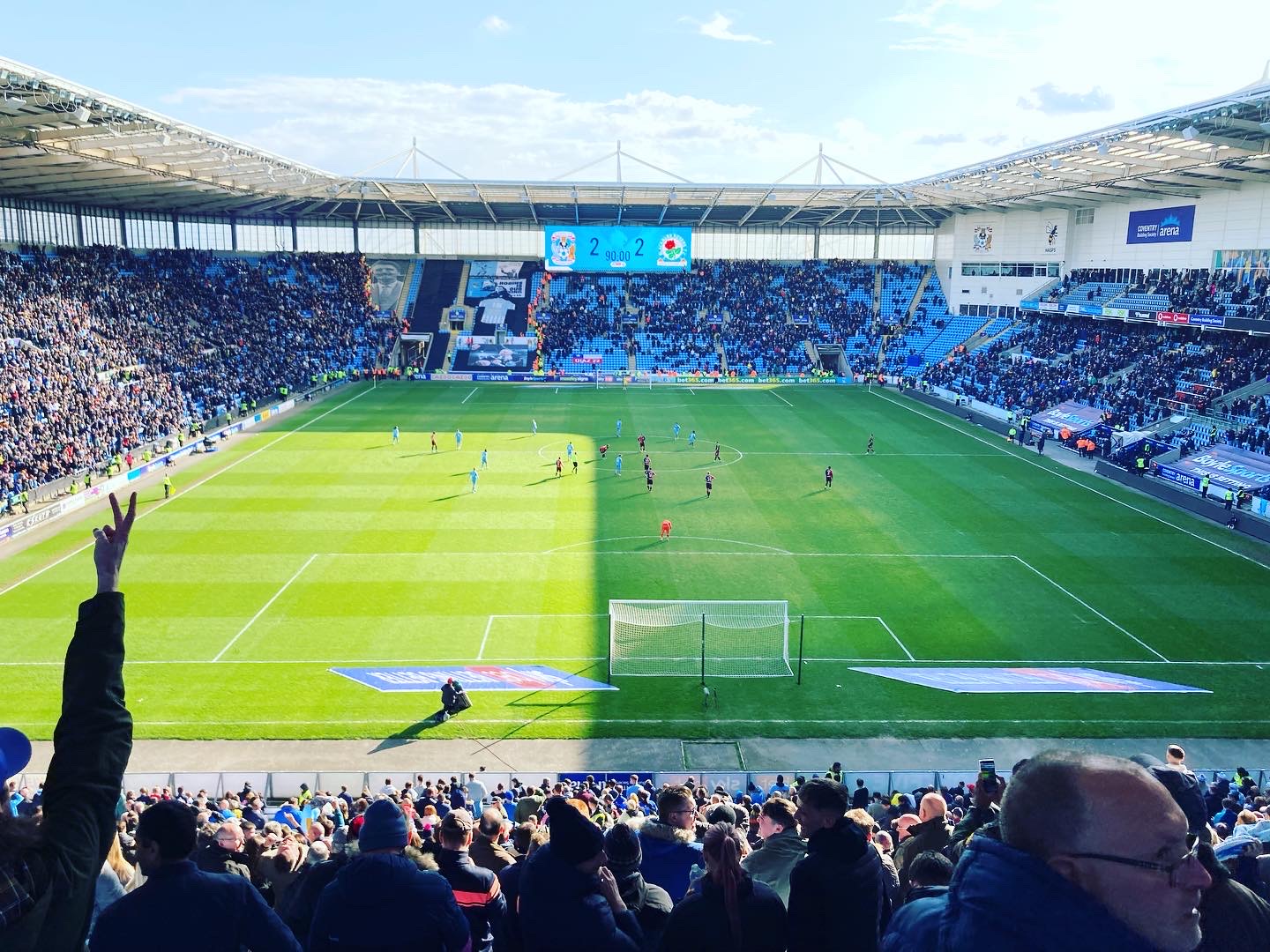 As usual, it feels like it’s taken an absolute age for the international break to end. Whilst it will have been a useful break for the Sky Blues squad, it’s nice to have football back from now until the end of the season! It’s going to be a difficult run in for us, with some tough opponents ahead - the first of which we faced at home today in the form of Tony Mowbray’s Blackburn Rovers.

I went up to the CBS today with my mate Callum, and ahead of kick off we were both confident of one thing - both teams would score. Blackburn are a good side who are right in the mix for the Play Offs, and with Chilean sensation Ben Brereton-Diaz in their squad there’s always the potential for goals (even if he was starting on the bench!). Additionally, Mark Robins had gone with two up top for us (Viktor Gyokeres and Matty Godden), so our attacking intent was plain to see.

Jake Bidwell would have step in at centre half again as he’d had to at Derby before the international break, in a back 3 that also included Michael Rose and Dom Hyam. Jake Clarke-Salter is going to be out for the rest of the season by all accounts, so it’s likely Bidwell will have to slot in here for the time being as Kyle McFadzean also isn’t fit. Jamie Allen and Gustavo Hamer would play in midfield for us with Callum O’Hare in the 10, Dabo and Maatsen on the wings - it was a pretty solid side that would start the game for us, but I wasn’t fully confident of a win. Truth be told, I’d have taken a draw before kick off!

The game started quite brightly, it was clear that both sides are capable of playing decent football and that an entertaining game was on the cards. The first major incident happened inside 7 or 8 minutes, with Matty Godden going clean through on goal and appearing to be clipped by the last man in Blackburn colours, running back towards his own goal. Godden had no reason to dive, and from my angle it looked like he was brought down just outside the box - on closer inspection of a replay, it didn’t seem like there was any real contact and Godden’s feet just got caught as he ran through. A minute later though it didn’t matter whether Godden had been fouled or not, as we had taken the lead through an own goal! Callum O’Hare was played in, another one on one on the edge of the box - O’Hare attempted to nutmeg the covering defender Harry Pickering, who cut the ball out but in doing so diverted it past goalkeeper Thomas Kaminski and into the bottom corner of the net. It certainly wasn’t what O’Hare had planned, but they all count!

It was a great start for us, and whilst Blackburn did their best to get back at us (Sam Gallagher forced Simon Moore into his first save of the match from around 8 yards out), we always looked in control of the game I thought. Gustavo Hamer was running the show in midfield, Jake Bidwell was having a solid game at the back as well and both our centre forwards looked sharp, and this helped us create chances. Matty Godden had a headed chance off a Fankaty Dabo cross from the right, but the ball dipped on to the top of the net. Callum O’Hare tried an audacious overhead kick from outside the box at one point as well - it was a tame effort in the end, but fair play to him for trying! It would’ve been a goal right out of the top drawer if it had gone in!

Gustavo Hamer came the closest to doubling our lead though. Firstly with a beautiful, curling effort from around 20 yards out - it beat Kaminski all ends up, but sadly had slightly too much on it and bounced away after hitting the post. Another effort that would’ve been a quality goal had it found the net! Hamer also had a free kick on the edge of the box after Viktor Gyokeres had been fouled - it was on target, and needed a strong hand from the keeper to push it away from goal.

Blackburn’s best moment of the first half was a bit of a random one, just before the break - a wayward pass towards Joe Rothwell on their right hand side looked to be sailing out for a throw in, but Rothwell stuck out a heel and caught the ball on the volley after it had gone behind him to keep it in play. It was Thierry Henry-esque, and earned a clap from me and Callum! The whistle then sounded shortly afterwards, with the Sky Blues leading 1-0 as the teams headed for their dressing rooms.

Despite our lead, I did still think that this was a game that could go either way as I reflected on the first half. Blackburn had looked reasonably threatening at times and they had good options on the bench to call upon, so the game was far from being over. We had had the better chances during the first half, but the game had still been quite even! Callum agreed as he tucked into his steak pie (a 6/10 according to him) and we watched the highlights being shown on the scoreboard from our Checkatrade Trophy Final win over Oxford in 2017 - 5 years ago today! That was an incredible day, it may not be a prestigious competition but to see the Sky Blues play at Wembley fulfilled a lifelong dream of mine at the time, and to win there was even better! I’ll never forget it.

We won’t look back so fondly on the way the second half began however. Ben Brereton-Diaz and Bradley Dack were introduced by Tony Mowbray and Blackburn attacked straight from the kick off, a ball was played in from the right and Dack had a free header which he duly placed past Simon Moore. It was only around 20 seconds into the half, a truly awful way for us to restart the game and I think it might also have been Dack’s first touch. Talk about an impact sub!

For the next 10 or 15 minutes, Blackburn threw everything they had at us and it really looked like they were going to score again. We were camped in our own half and we looked like we were struggling to cope with Blackburn’s attack, they had put a couple of dangerous balls across the  face of goal which thankfully hadn’t been able to find anyone to turn them in. It was worrying from a Sky Blue perspective and while we were ultimately able to ride the storm, it was clear that the visitors were now in control.

Brereton-Diaz went closest to scoring, with a good run and shot from just outside the box which flashed just wide of the bottom corner of our goal. We had gotten forwards a couple of times but to no avail, nothing we were doing seemed to be coming off and Viktor Gyokeres was being kicked every time he went up against a defender. We looked like we were lacking in inspiration and I would’ve liked to see Fabio Tavares introduced with 20 minutes left to play, but Mark Robins clearly didn’t see a need to make any changes. With just over 80 minutes on the clock, Blackburn won a corner and the ball was whipped in and met firmly by Scott Wharton, who guided the ball across goal and into the far corner of the net. It was a great header, probably too easy for him from a defensive point of view but I can’t take anything away from the quality of the cross or the header! It was 2-1 with less than 10 minutes to play, and it was frustrating as whilst Blackburn had been better than us in the second half, we really didn’t deserve to be losing on balance.

Still Mark Robins didn’t make any changes, as we pushed for a late equaliser. Blackburn were doing everything they could to slow the game down as added time approached, their players were falling over every time they lost the ball and they were staying down which meant the game had to be stopped multiple times. Ian Maatsen had a shot from the edge of the box which sailed wide of the top corner, and Gustavo Hamer had a shot from a free kick about 30 yards away from goal which needed to be saved. Fabio Tavares was finally introduced in the 89th minute, and 6 minutes of added time were signalled giving us a glimmer of hope!

Blackburn’s time wasting continued into added time and as a result, we ended up seeing more than 6 minutes played in the end - thank goodness for that! Deep into added time, Tavares was played in on the right hand side of the box - he held the ball up and eventually played it back to Dabo, who swung a first time cross in towards the back post. Viktor Gyokeres was there to pounce on it, despite apparently being held by his marker, and he stooped to head the ball home to make it 2-2. It was a great way to end what had been an even game, and it just goes to show why you should never leave the CBS early! We always seem to find a way through in added time.

Yes, Blackburn were the better side for most of the second half but I think we deserved a point in the end. We had edged the first half, had the better chances and had gone close to getting a second before the break, they had then gotten on top of us immediately after the restart. It had been an entertaining game, and it was good to see the likes of Bidwell playing well out of position. Gyokeres and Godden both played well, Callum O’Hare was effective and as usual Gustavo Hamer and Jamie Allen worked hard and were solid in the middle. We’ve still got some tricky games ahead, but as long as we’re competitive between now and the end of the season I’ll be happy. 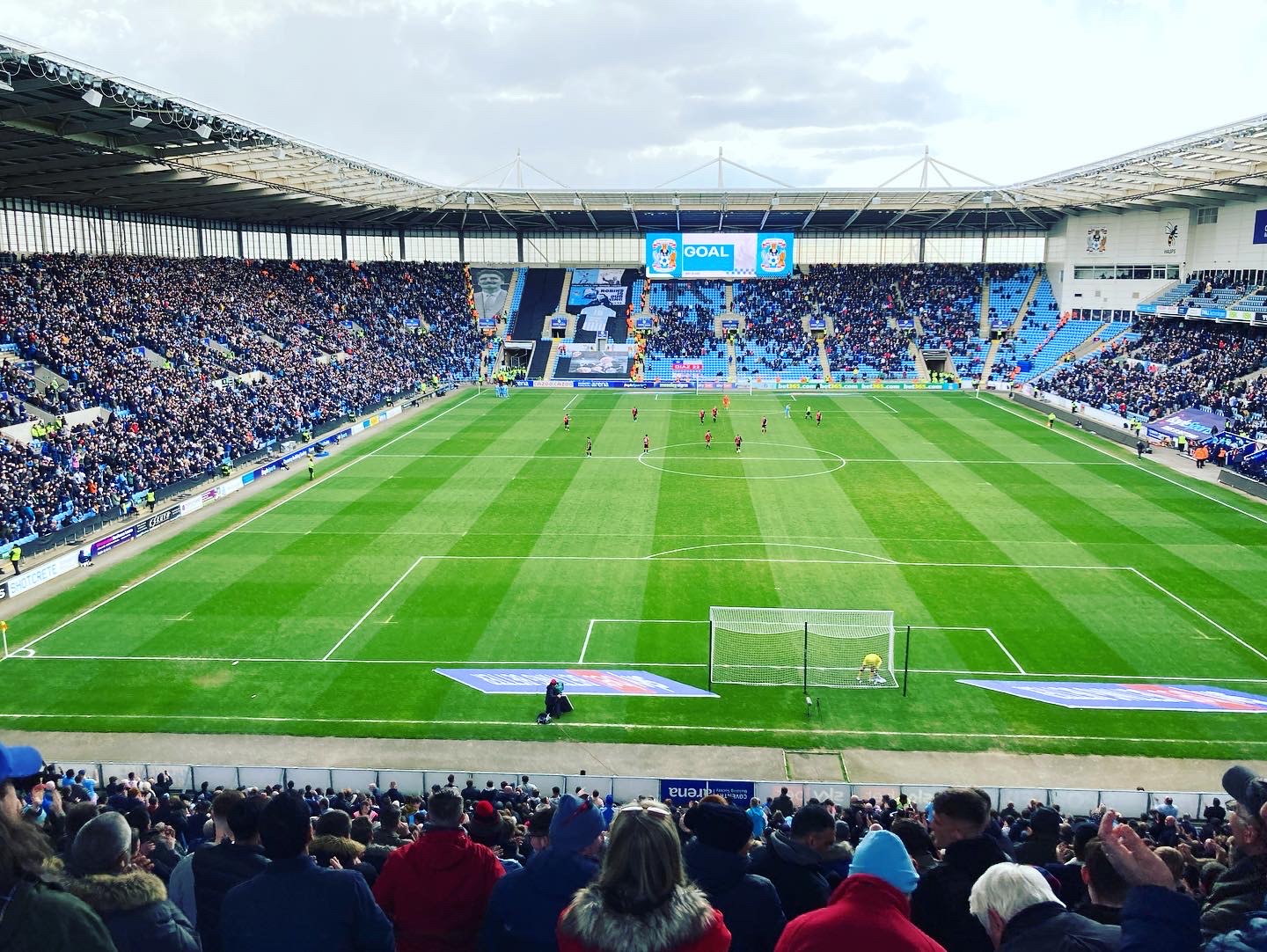 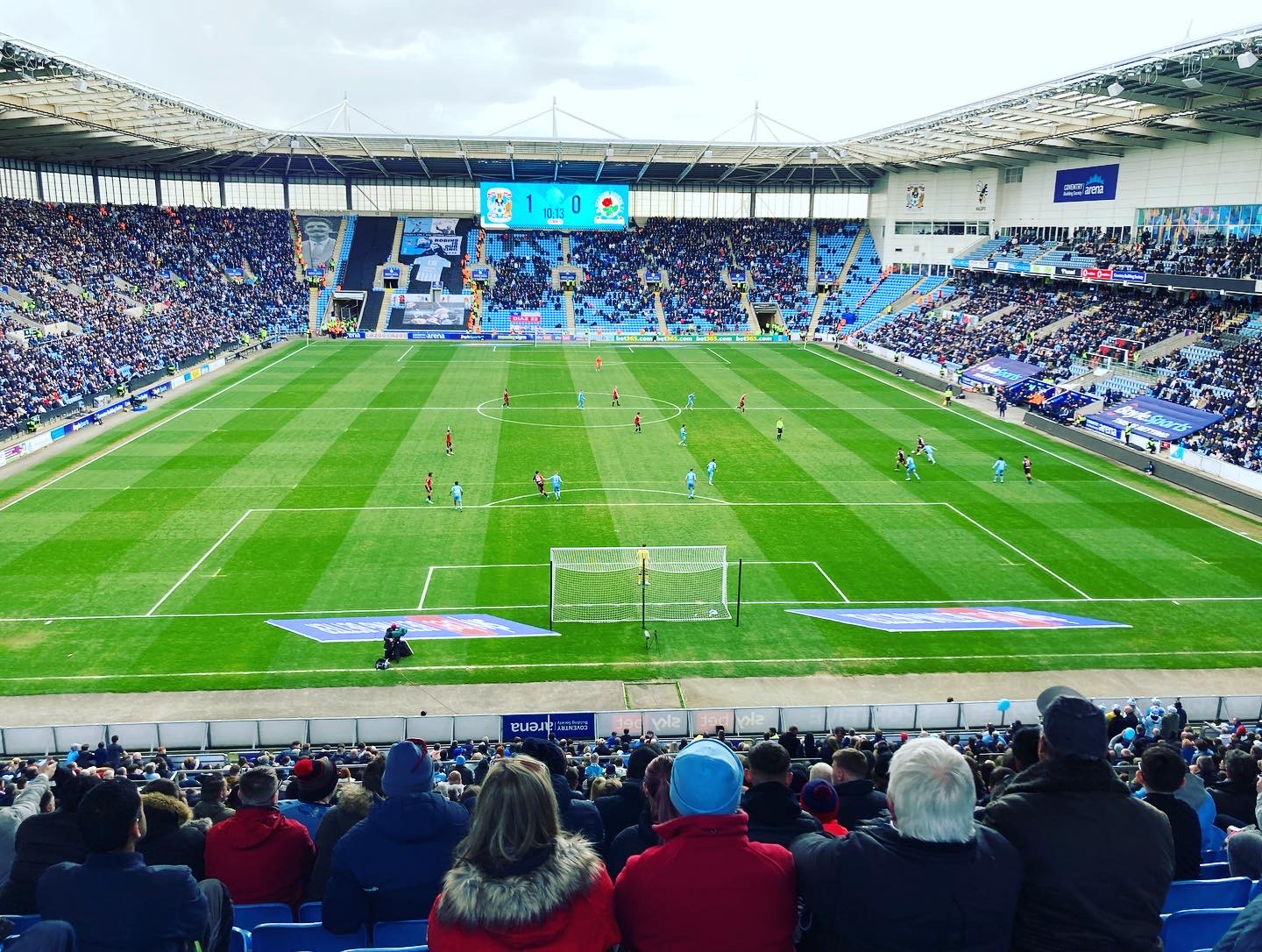 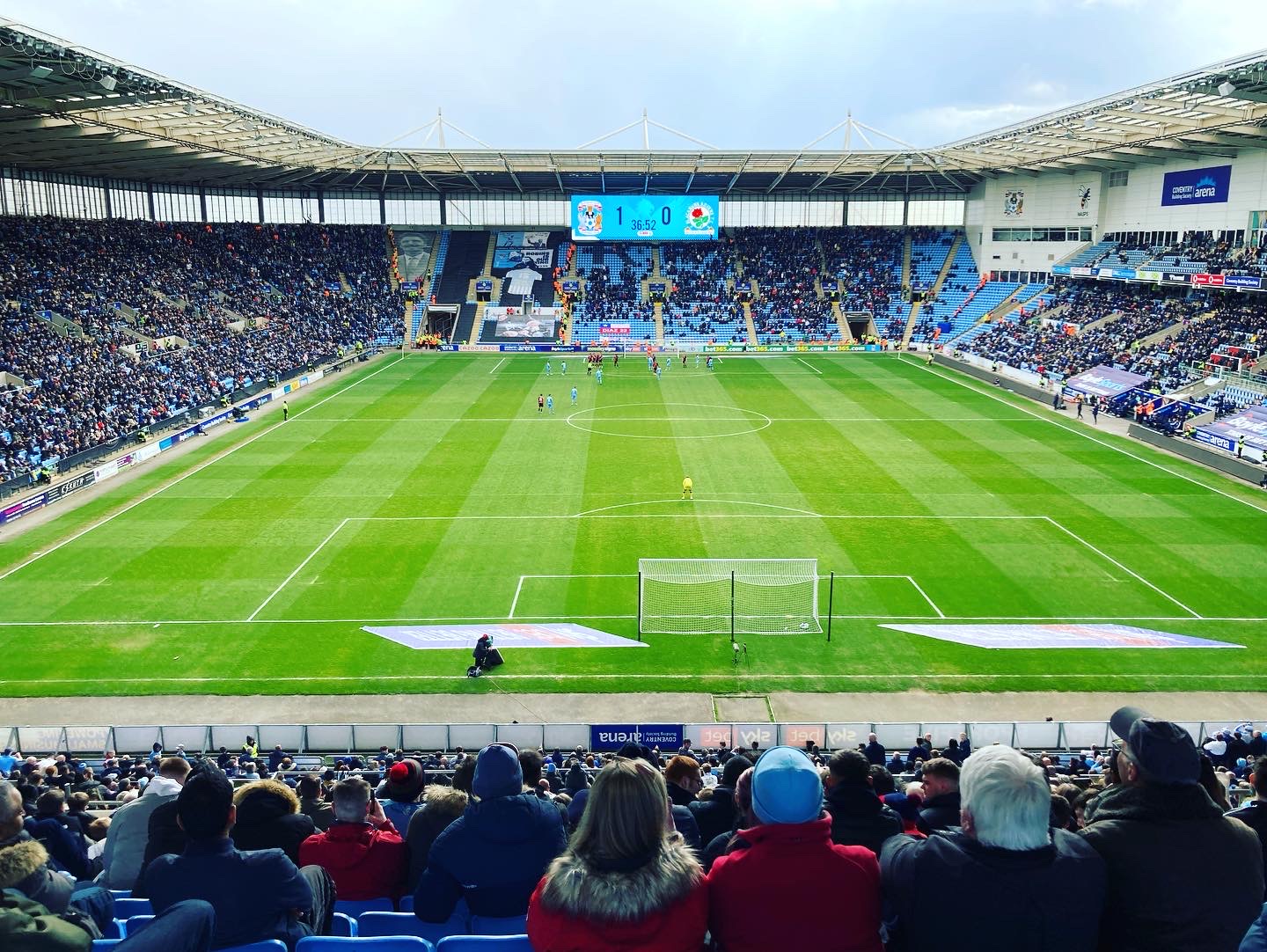 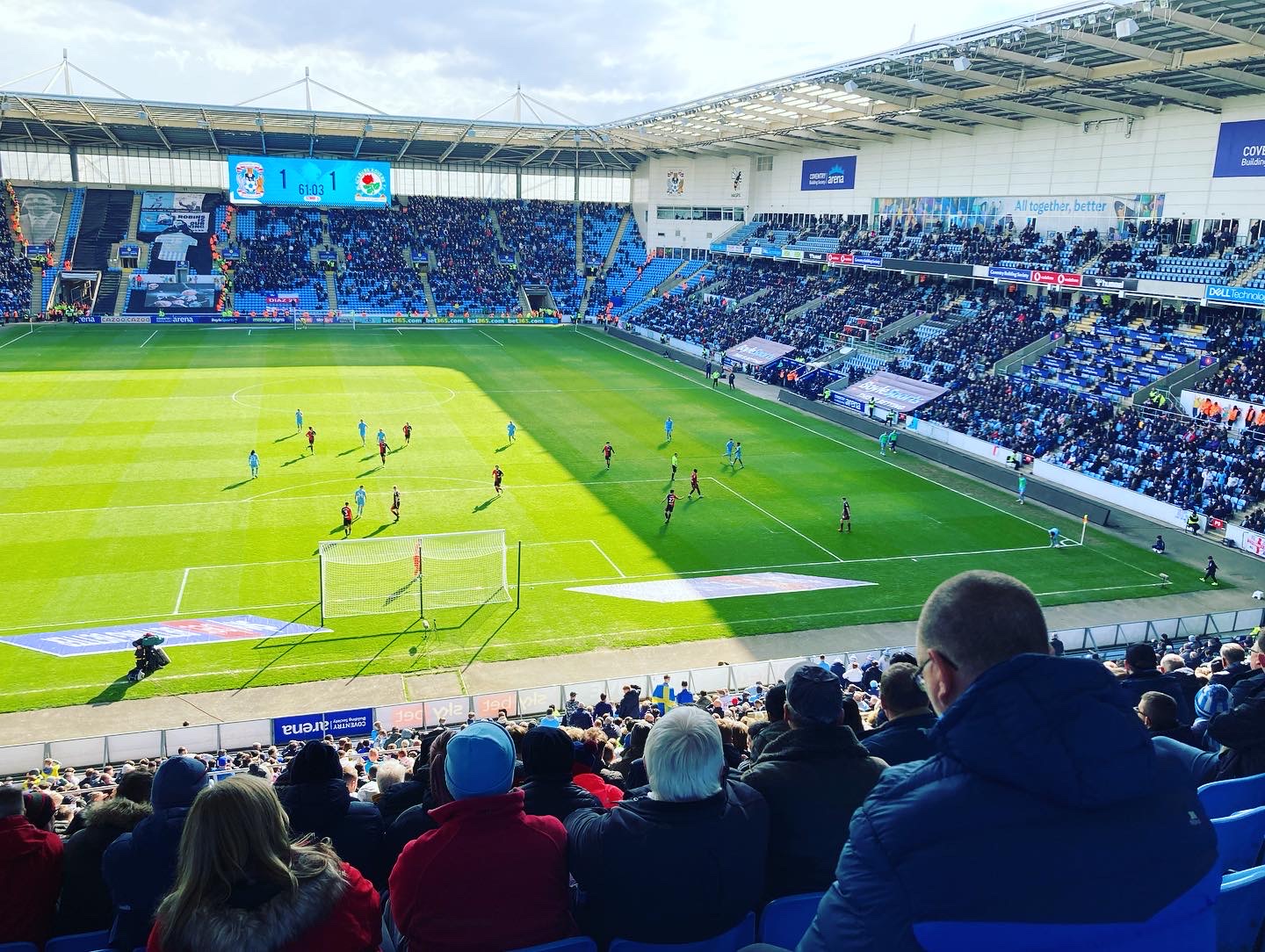 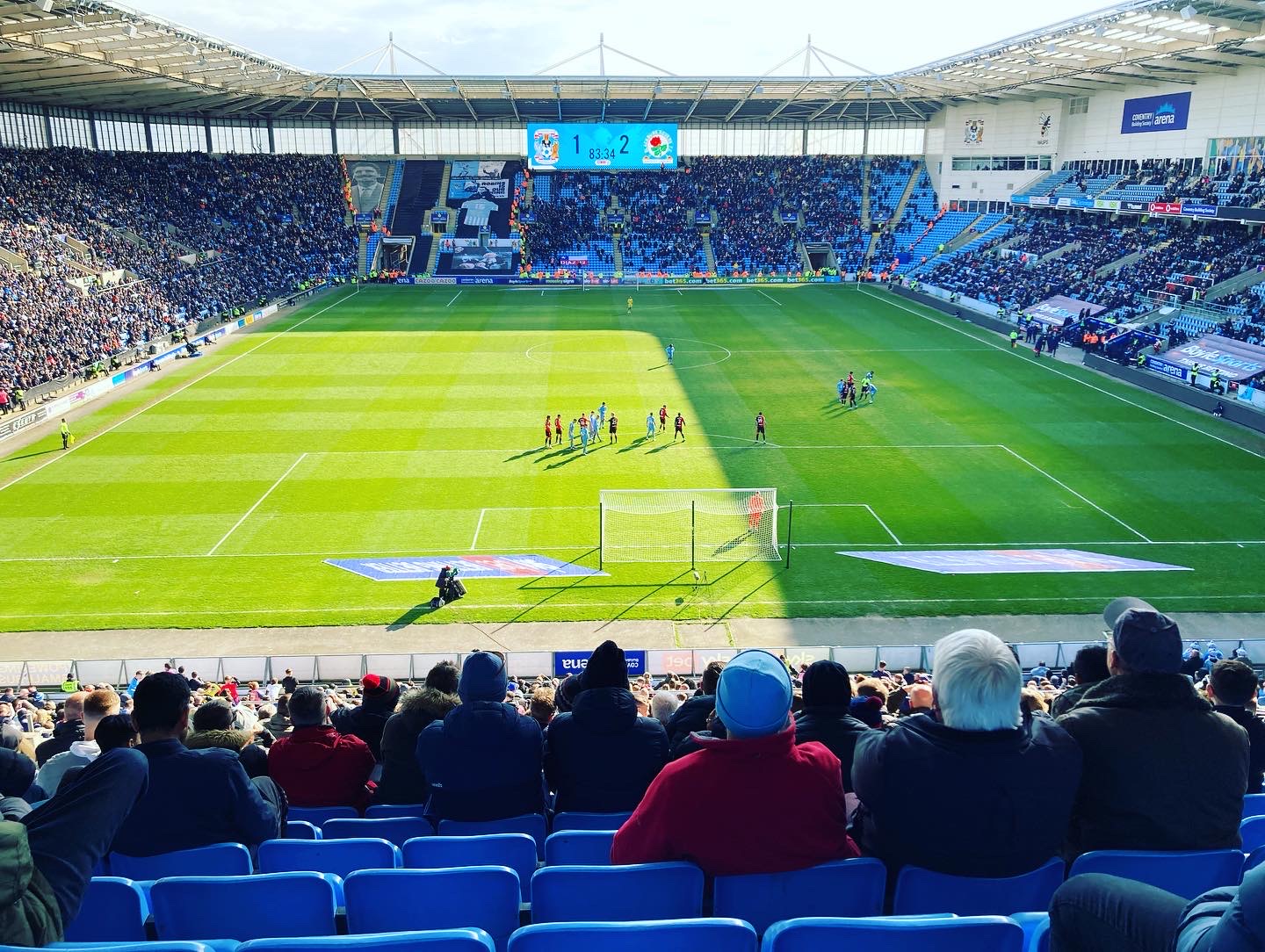 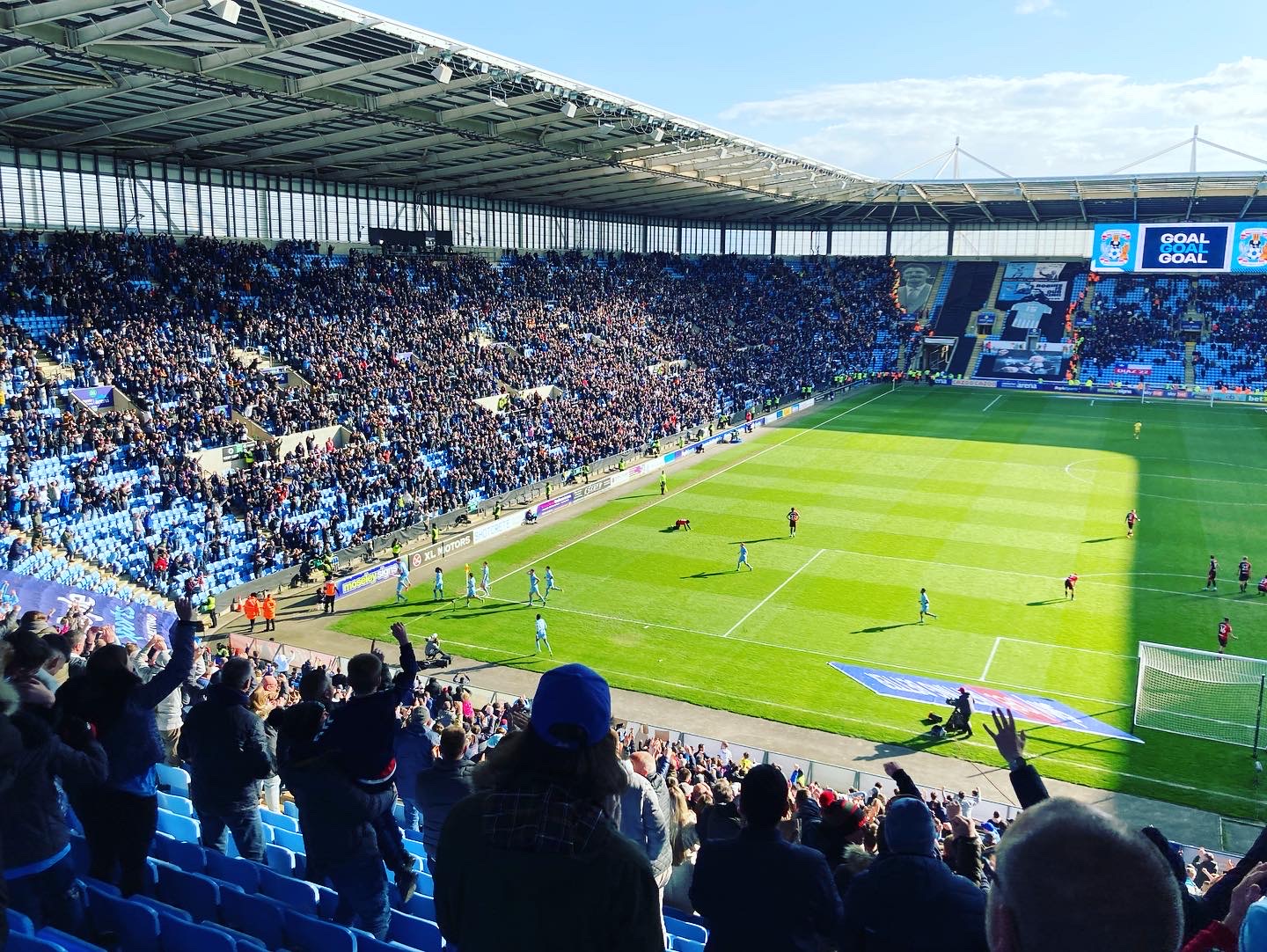 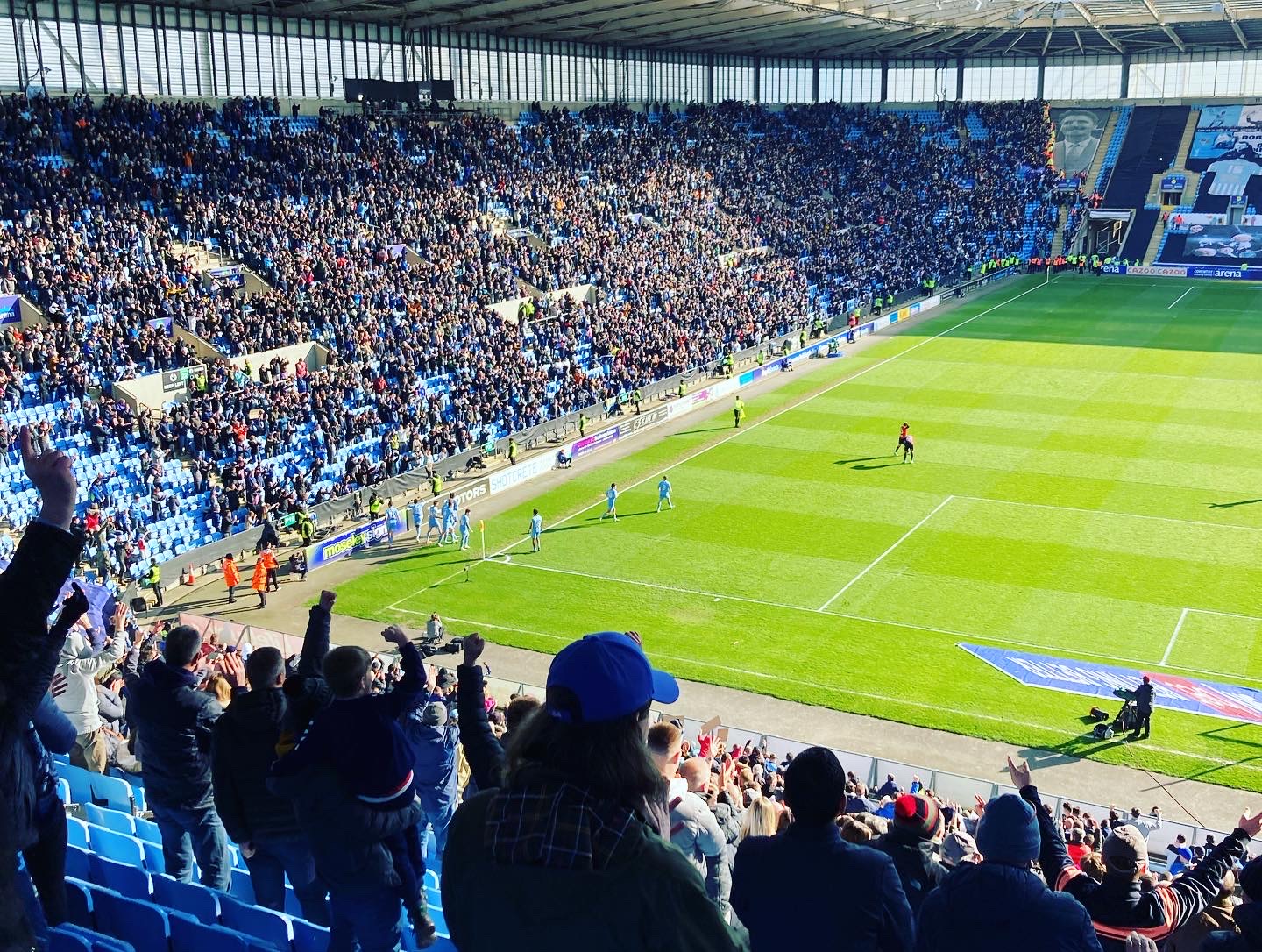