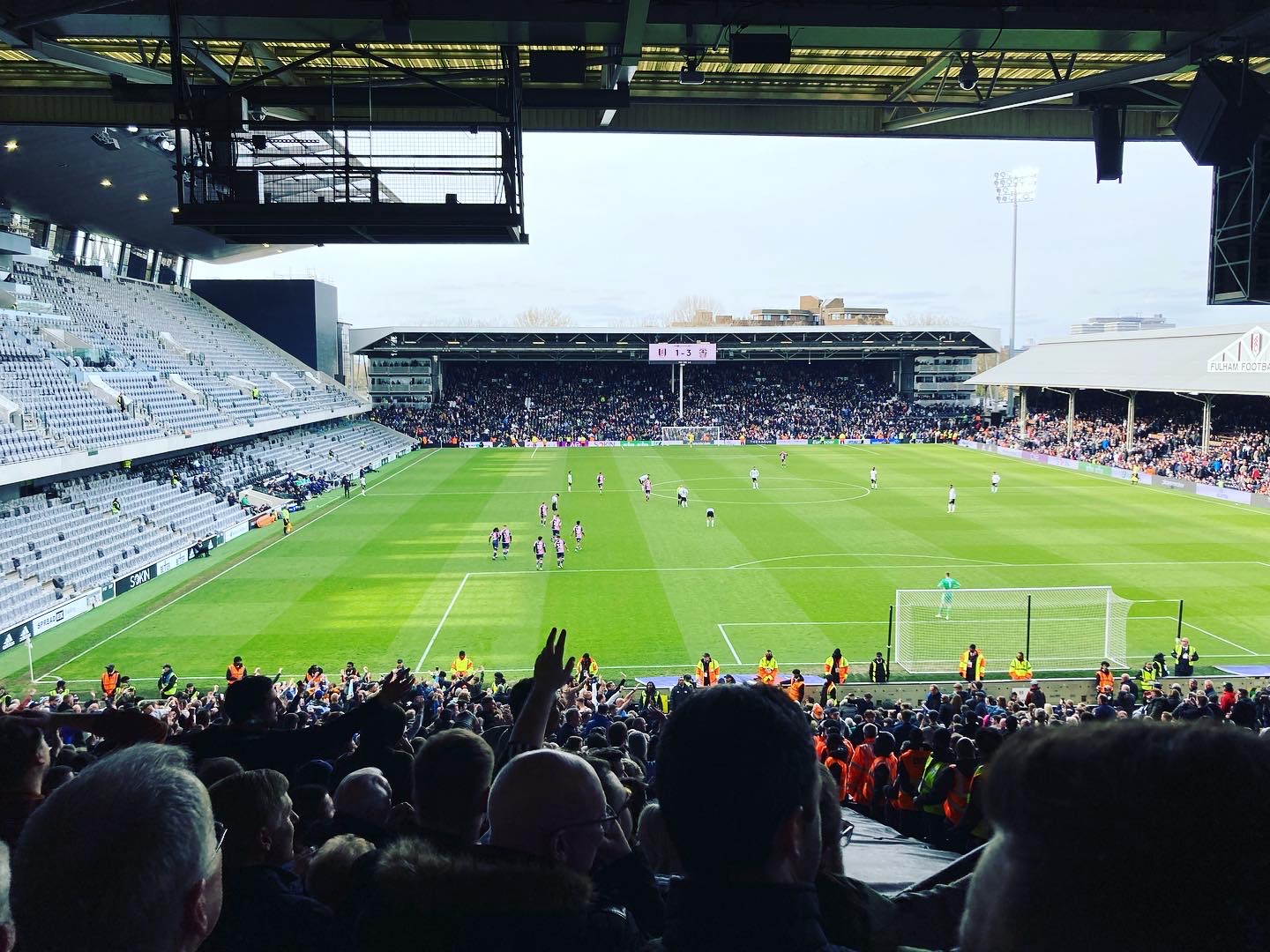 The Sky Blues faced Fulham today at Craven Cottage, for what would be our first visit to the ground since 1982 and our first league game there since 1968. Fulham are one of those teams that we have just always seemed to miss playing against, at different levels of the football league for years and it looks like that will be the case again next season with Fulham on the brink of an immediate return to the Premier League. The game was also taking place on a Sunday, which felt a bit weird as the rest of the league played yesterday and it wasn’t being shown on Sky, but the important thing for me was just being able to go to the game itself!

I can’t say I felt very confident of a result prior to kick off though. Whilst we had annihilated Fulham in the reverse fixture at the CBS in October, there’s been a lot of football played since then and we’re now languishing in mid table. Fulham have a very strong side and with them being very close to sealing promotion, they were heavy favourites to beat us and I couldn’t look past the result going that way either! It was announced in the week that Matty Godden will be out for the rest of the season due to injury, which will make things even harder for us in front of goal, and this isn’t ideal when you’re away at the league leaders and champions elect.

Joe, my Dad and our mate Conor shared a similar pessimistic view as we travelled down to London on the train. I was predicting a 3-1 defeat, with us taking an early lead and then being outplayed for the rest of the game - my Dad laughed off the suggestion that we might score, and Joe boldly suggested that 4-0 to Fulham would be a good result for us! Only time would tell, but needless to say we would’ve all been very shocked if we managed to win today, and likely would’ve snapped your hand off if you offered us a point! Nevertheless, Mark Robins picked what’s probably our strongest line up at the moment for today’s game - Viktor Gyokeres up front on his own, with Allen and O’Hare behind. Sheaf and Hamer in the middle, Dabo and Maatsen on the wings and Rose, Hyam and Bidwell as the back 3 in front of super Simon Moore in the goal. I wouldn’t have picked anyone different to be honest, given our current injury list!

Despite our lack of confidence ahead of kick off, I still felt as excited as ever as we took our place in the away end. Craven Cottage is a great ground, properly old school - not counting the big new stand on the River Thames side of the ground. I’m not a fan of the cardboard clappers that are given to the home fans though - they don’t do anything for the atmosphere! Even with them, the home fans couldn’t be heard over the travelling Sky Blue Army anyway. We started the game quite brightly, with our first real chance coming as a result of some good pressing - Gustavo Hamer ended up going through to the edge of the box, but he was stood up by the defender and his pull back was cleared away by Tim Ream.

It was pleasantly surprising to see us giving Fulham a game, rather than rolling over for the league leaders as I had expected us to. We had a good spell on the front foot, a couple of half chances from set pieces but nothing finding the target. Meanwhile Fulham were showing signs of quality up front, Fabio Carvalho had a chance which forced Simon Moore into a decent stop to push the ball away from goal. We looked sharp on the counter attack though, and following this we went up the other end and won another corner. Gustavo Hamer swung the ball in from the left, finding the head of Michael Rose who guided his header into the far corner - 1-0!

It was a shock to see us take the lead, but it was a brilliant feeling! We had deserved it too, I don’t think any Fulham fans could disagree - the energy we were showing to win the ball back in midfield was excellent and on the counter attack we looked very threatening. Within minutes we had gone 2-0 up as well, queuing absolute pandemonium in the away end - Viktor Gyokeres was played in on the edge of the box and he cut the ball on to his right foot, and hit a shot that was straight at the keeper Marek Rodak. It looked like it should’ve been a straightforward stop for him, which earned an “Ooh” from us as he looked to have saved it, but a second later we saw the ball hit the net! Joe ended up sprawled across the netting that divides the home and away fans in the resulting celebrations, the stand was bouncing under our feet and not a single clapper could be heard!

I couldn’t believe what I was watching, we hadn’t put a foot wrong yet and we had been the better side by far. I still felt that we’d need another goal to feel comfortable, as you can never write a side like Fulham off, but being 2-0 up was good enough! Aleksandar Mitrovic came close  to getting a goal back for the home side, with a strong header that forced Moore into a brilliant save to turn the ball around the post for a corner. Fulham had another golden chance not long afterwards, with Neeskens Kebano hitting the bar after meeting a great cross from the right on the volley. It was the closest they’d come to a goal so far and was a warning sign for us, but we were still in control of the game and we almost added a 3rd goal just before half time - we had a couple of shots on goal from a corner which saw white shirts flying in to get in the way, and despite two or three bites at the cherry we couldn’t force the ball over the line.

Half time arrived, and I was confident now that if we could keep it tight in the second half we’d be taking the points home with us. We had put in a brilliant performance so far, hard working and very slick when we got on the ball. I wouldn’t have changed a thing about the team itself, to a man we’d been excellent! Fulham introduced Bobby Decordova-Reid at half time to give them a bit more of a goal threat, and it was game on when we kicked off again - the home side went close early on with a cross that looked dangerous, but thankfully couldn’t find a white shirt in the box.

Fulham definitely had more of the ball than us in the second half, and they moved it well - not that we didn’t have our own chances though. Callum O’Hare had a good opportunity after some neat build up play, but he took too long before letting fly on his left foot meaning his shot was charged down straight away. We had another decent spell of attacks, a couple of corners and a free kick from the touch line but nothing came of them. Hamer won possession back just across the half way line at one point, and then went on a charging run which saw him carry the ball into the box and get a shot away on his left, but Rodak was equal to it at his near post.

At the other end, Simon Moore was being kept busy as well. He made a good stop after a shot from the edge of the box found it’s way towards the bottom corner - the ball wasn’t cleared after the save, and Fulham won a free kick in a dangerous area on the edge of the box. Harry Wilson stepped up to take it, but his shot only found the stand behind the goal thankfully! Moore made a string of good saves throughout the second half, but he was having an absolute stormer of a game (despite his booking for time wasting!).

We had another couple of half chances as the clock ran down, and demonstrated our technical ability further - Allen, Sheaf and O’Hare were all combining really well to pass the ball around the Fulham defenders. Fulham finally got their goal inside the final 10 minutes, after a counter attack down their left hand side which saw Decordova-Reid find the bottom corner after the ball was pulled back across to him. It was 2-1, and there was a nervous air in the away end now! Mitrovic came very close to equalising, after he found room to shoot from a central position - a deflection took the ball in the opposite direction to where Simon Moore had been heading, but he managed to scramble back across and stop the shot before Dom Hyam got back to clear it. Fulham were throwing everything at us, pumping balls into the box and they were getting close to scoring again.

But then in added time, under no real pressure, the home side gave the ball straight to the on-coming Gustavo Hamer pretty much on the edge of their box. Hamer had all the time in the world to control the ball, and play it across the face of the goal where Callum O’Hare was waiting to tap the ball in from a yard out. It was 3-1, and it was a great way to end what had been a great day out for the Sky Blues! We had a few nervy moments in the second half and had it not been for Simon Moore, Fulham would probably have equalised, but who cares? We went into the game expecting to be trounced, and in actual fact we were going home as deserved winners!

It was an incredible performance and it just goes to show, our pessimistic attitudes before the game were completely misguided. I wouldn’t have it any other way, I’d rather predict a defeat and end up with a win rather than it be the other way around! As I said before, we would’ve snapped your hand off if you’d offered us a draw before kick off so to win, and in the way we did, is absolutely brilliant. Every City player today put a proper shift in and we earned the victory, it was one of the best performances I’ve seen from us this season especially away from home! We’ve done the double over a side who’ll undoubtedly be promoted within the next couple of weeks, we’ve kept the league’s most dangerous centre forward quiet both times we’ve come up against him and we’ve now climbed back into the top half. I still think the Play Offs are beyond us, but it’s much better to be where we are as opposed to being in a relegation battle!

Can we play Fulham every week? 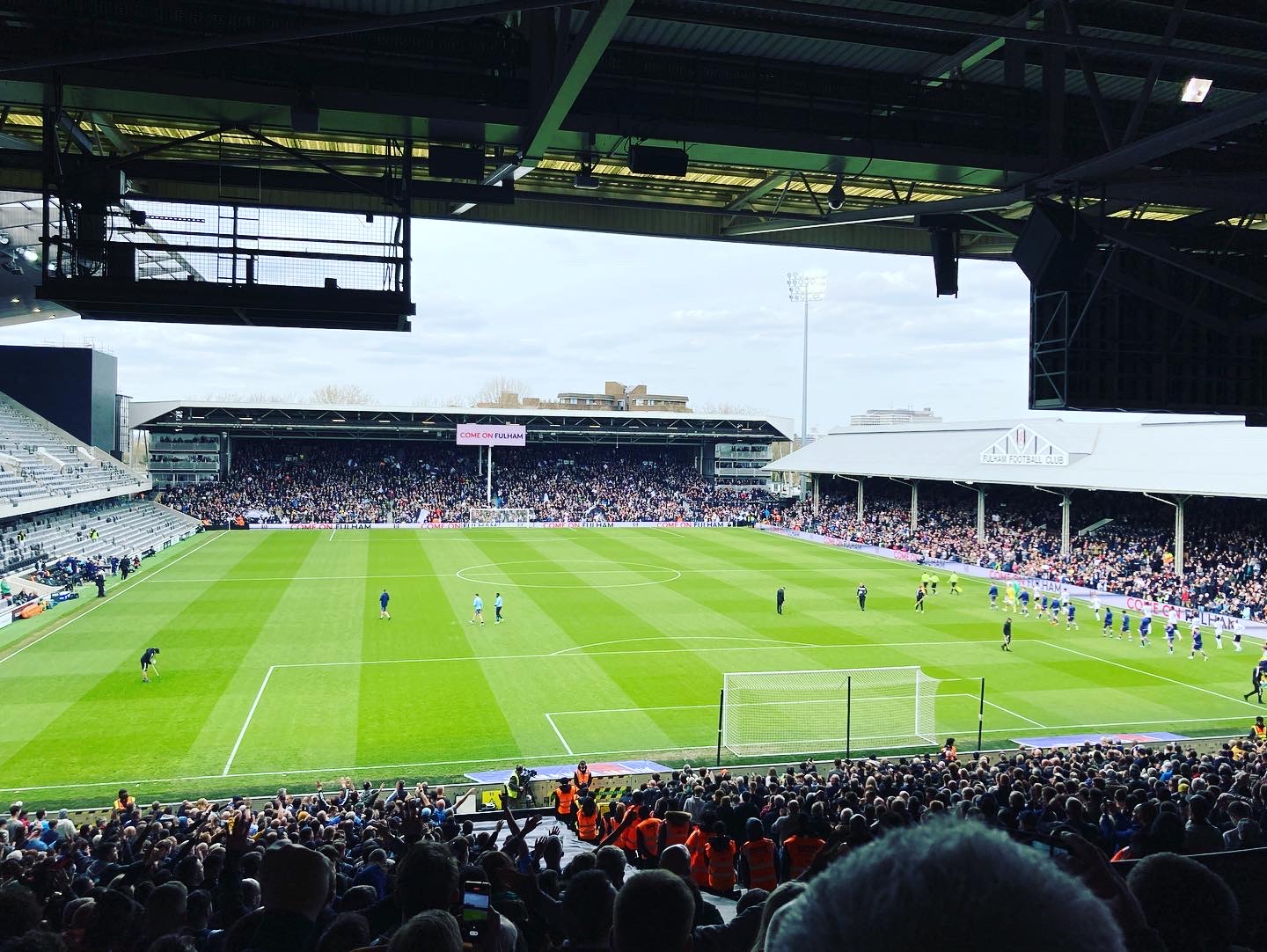 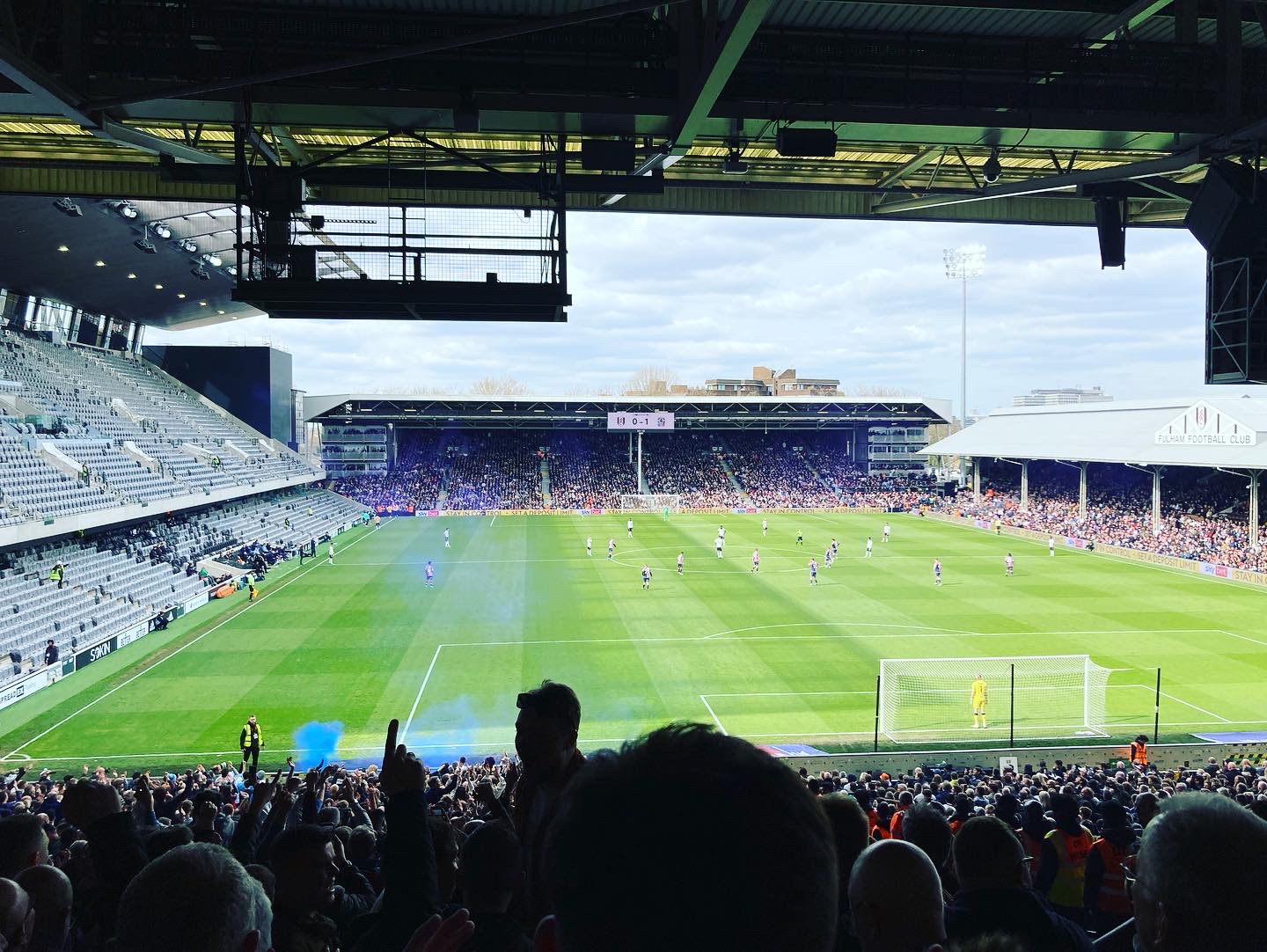 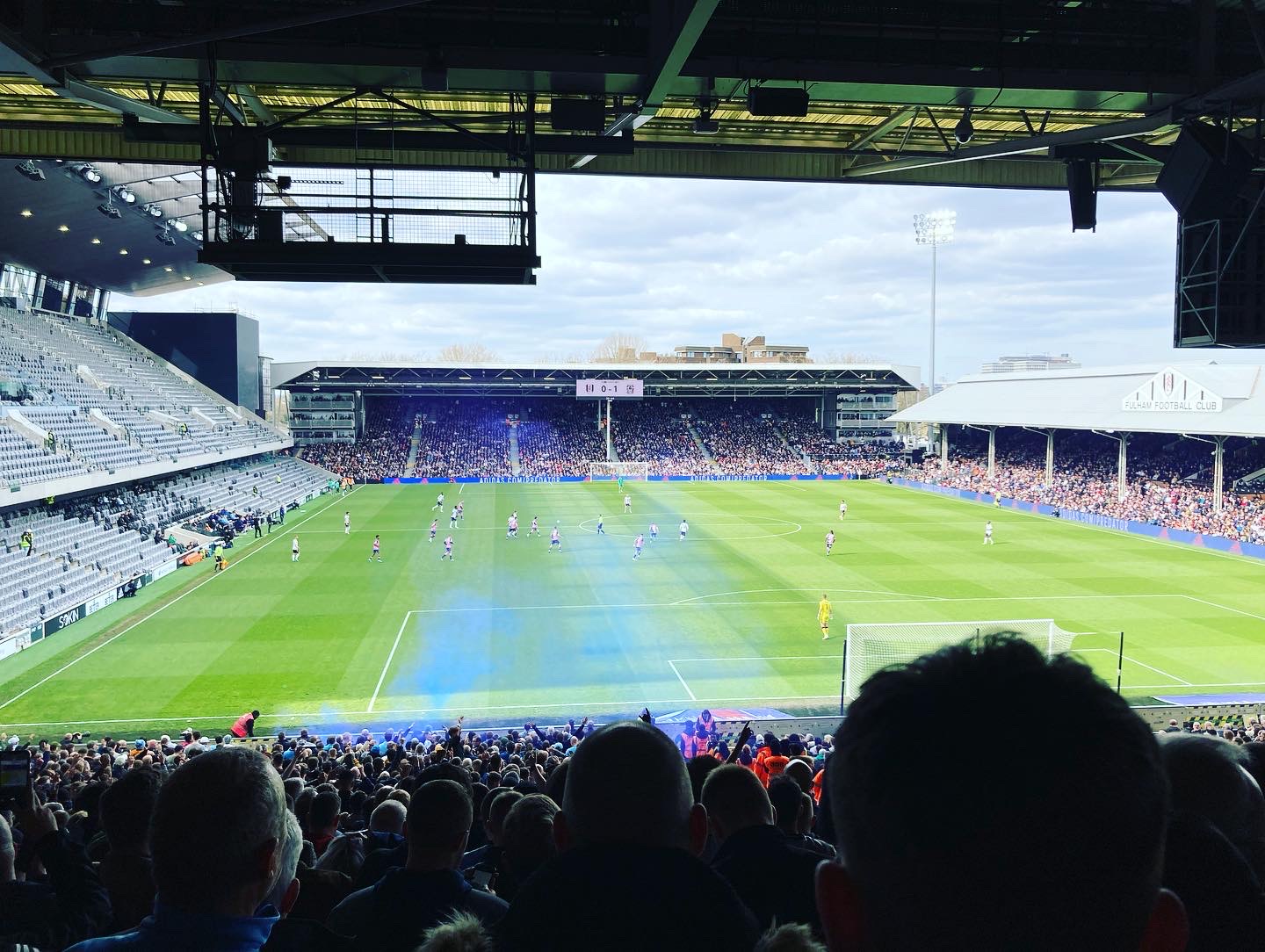 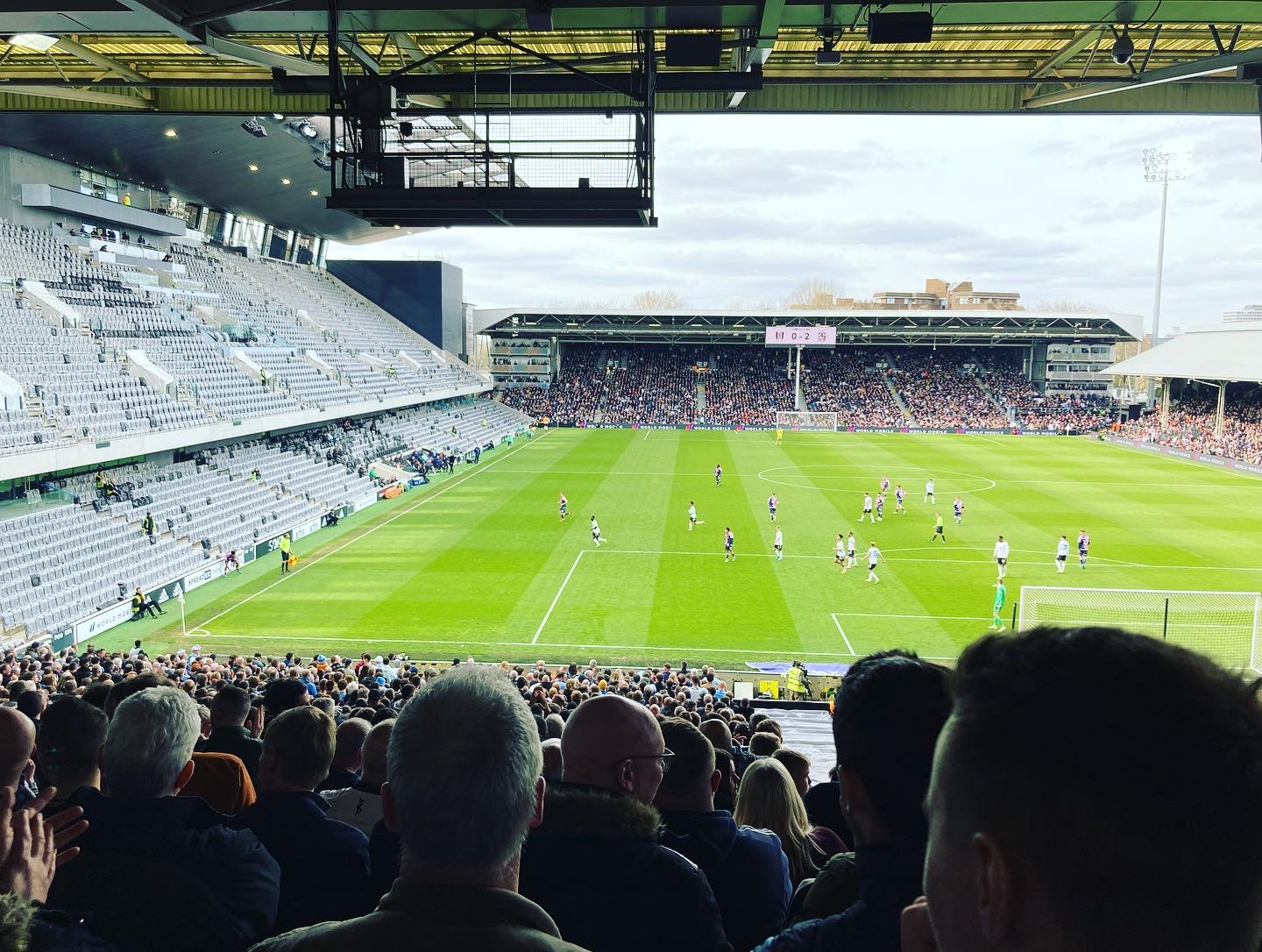 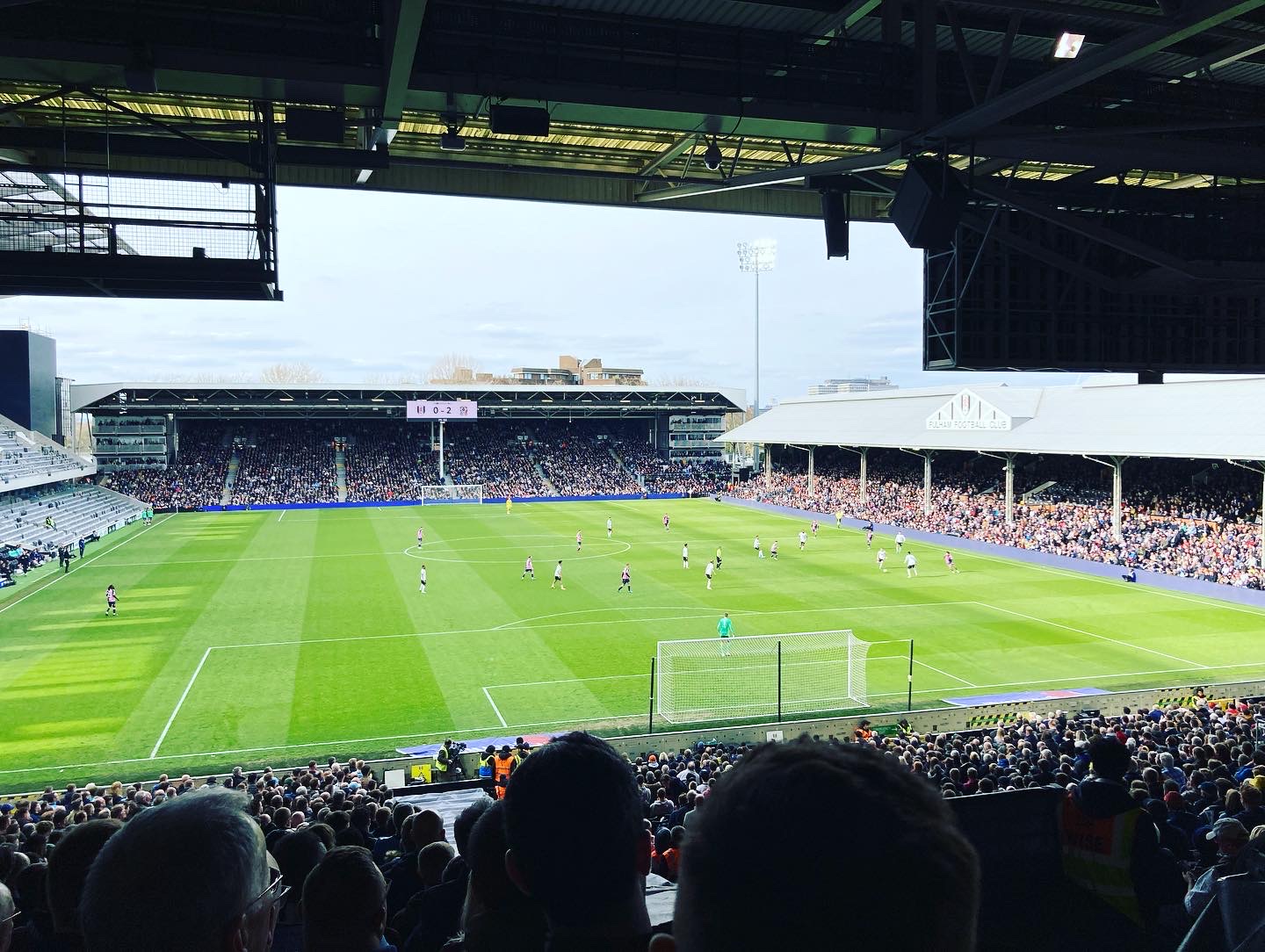 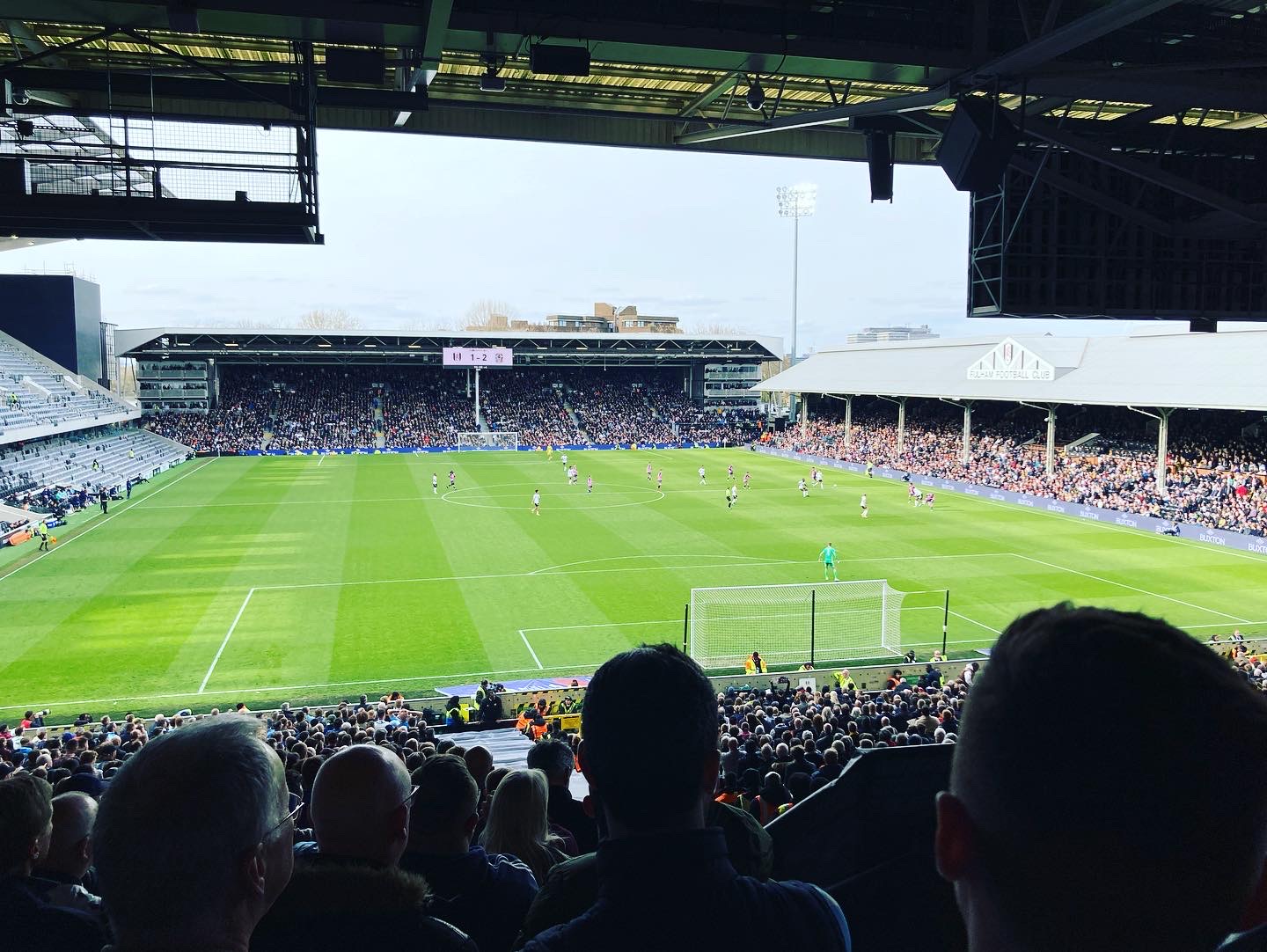 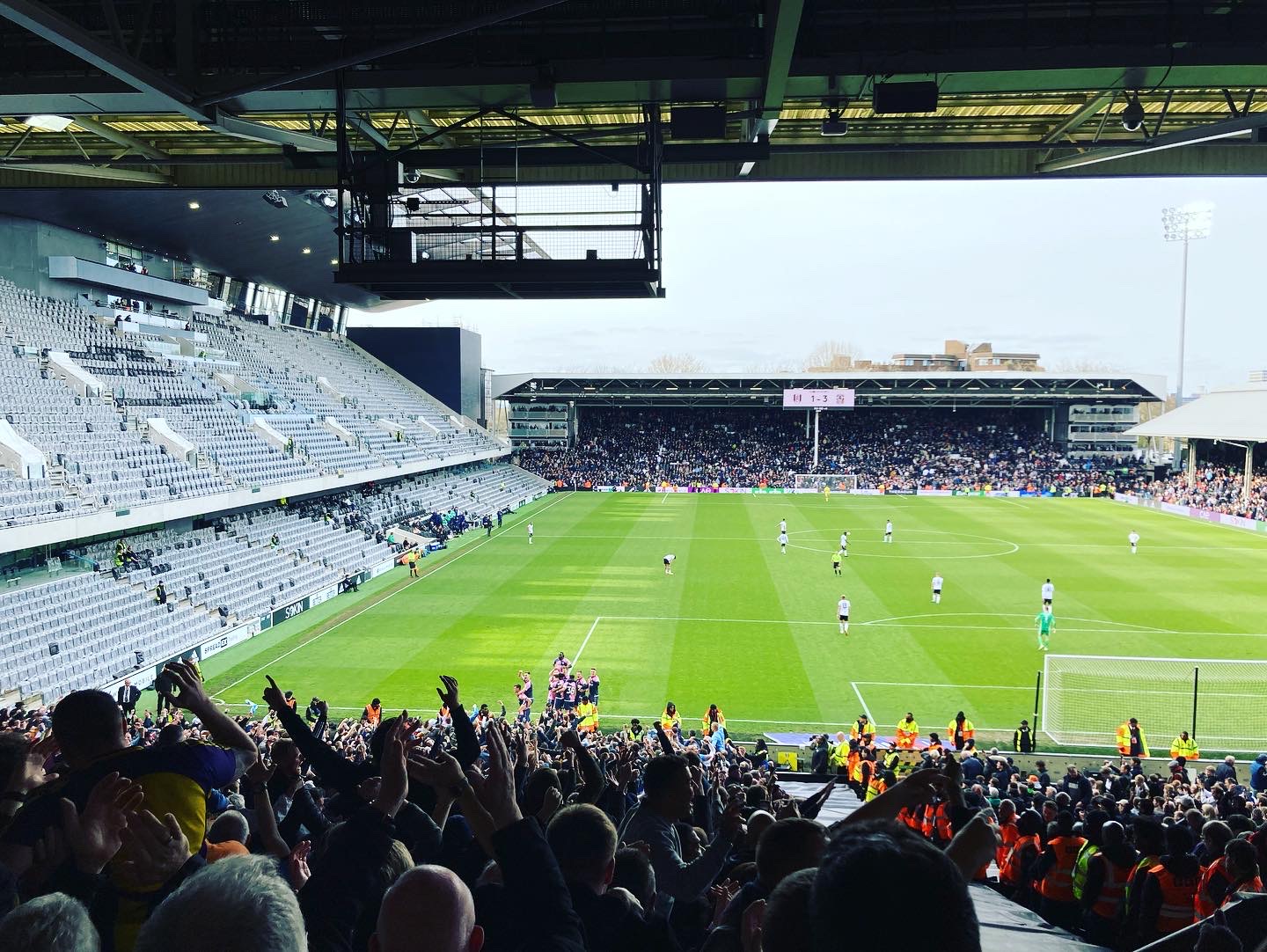 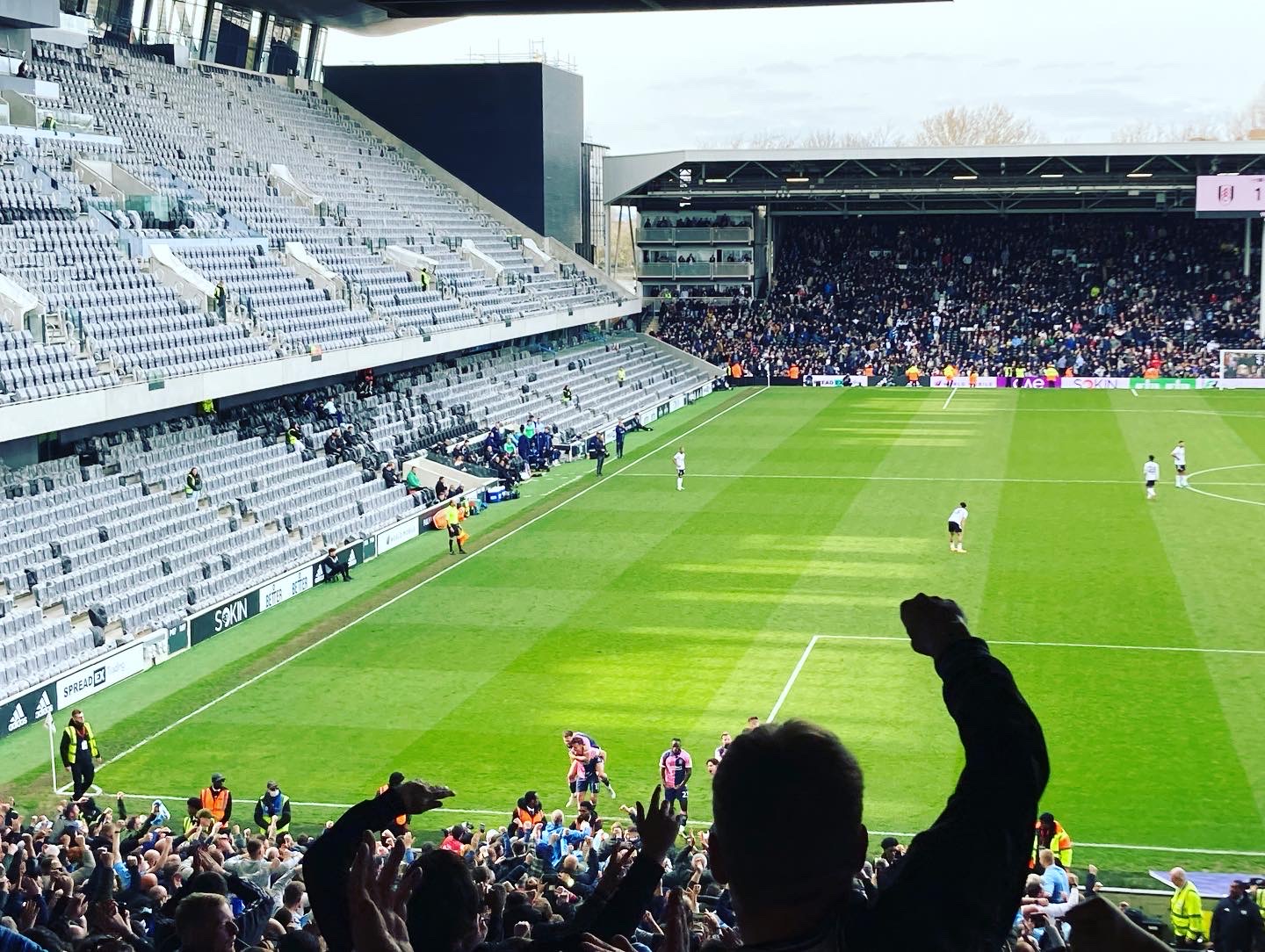 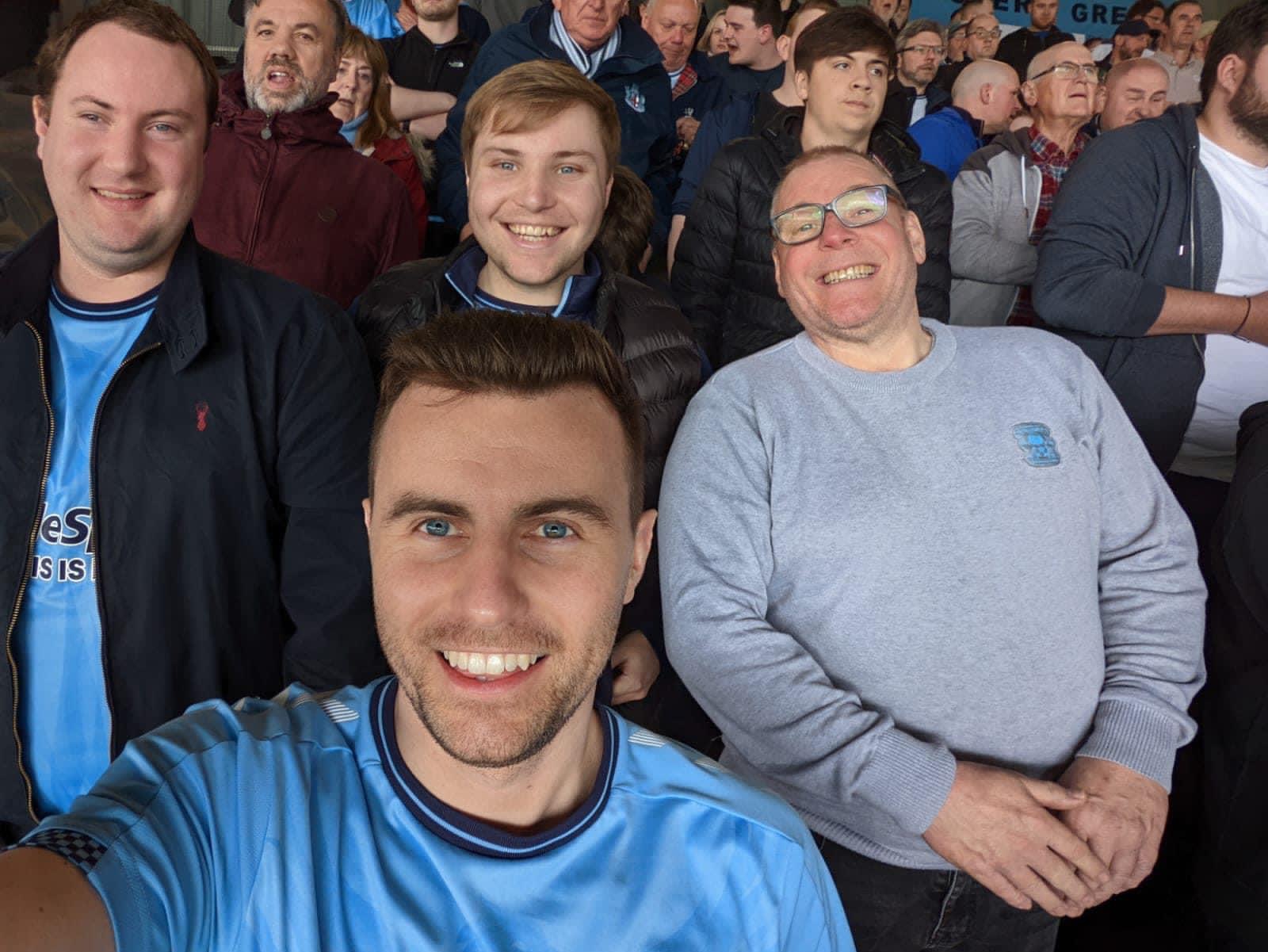