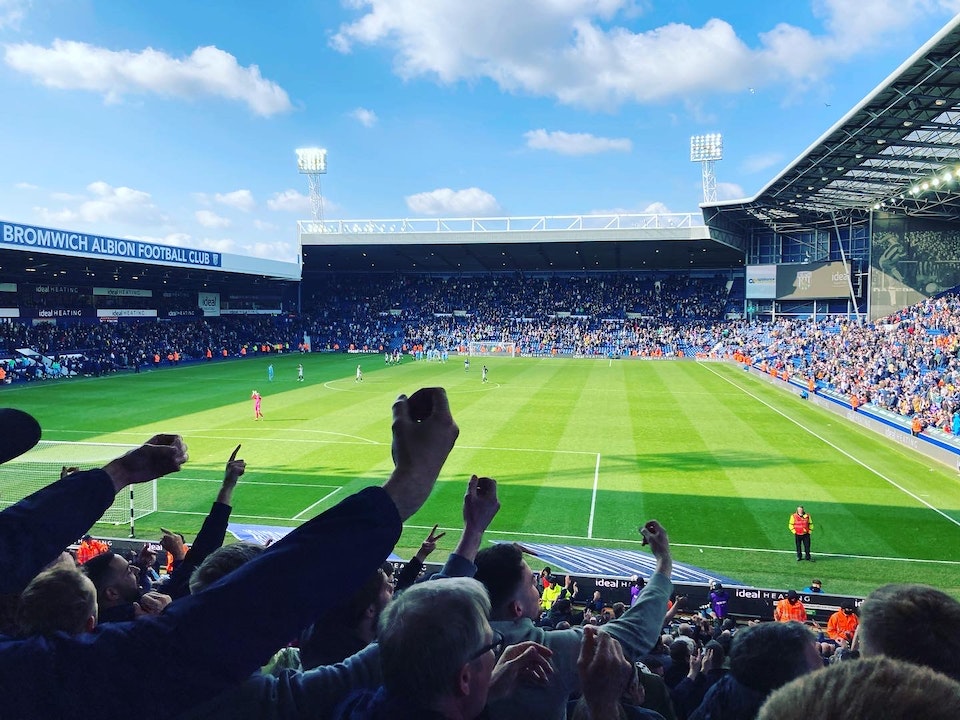 A short trip across the West Midlands was on the cards for the Sky Blues today, as we travelled to The Hawthorns to face Steve Bruce’s West Bromwich Albion. Whilst this fixture is a local derby for both sides, the game today was essentially a dead rubber - both teams are in mid table and realistically, neither have a chance of sneaking into the Play Offs now. Our defeat on Monday against Bournemouth has pretty much written off our season, with only two games remaining after today. Nevertheless, I was happy to be ticking off another ground, and the fact that we’ve even been in the discussion when it comes to the Play Offs at this stage of the season is a massive over achievement really!

My day started with meeting my brother Joe and Dad Dave for breakfast, before we caught a train over to Birmingham. The train we ended up on was full of Millwall fans on their way to St. Andrew’s, and we were all confident that both Millwall and Coventry would be able to come home with 3 points from their respective games (in the end, both games finished as draws!). Our plan was to get a train to The Hawthorns from Snow Hill in Birmingham, but in the end we had to settle for an Uber as there was a problem with the lines apparently. Checking the line ups on the way to the ground, I noticed that Ben Wilson had been brought in to start ahead of Simon Moore in goal for the Sky Blues. Kyle McFadzean also came back into the side after a spell on the sidelines, with Jake Bidwell being dropped to the bench. We were otherwise unchanged from last time out against Bournemouth. It was nice to see Jake Clarke-Salter back on the bench - he didn’t make an appearance but I had been under the impression he would be out for the rest of the season, so he’s obviously recovered from injury more quickly than had been anticipated. I hope we haven’t seen the last of him in a Sky Blue shirt.

The Hawthorns was a decent ground I thought as I took my place in the away end ahead of kick off. West Brom’s boiler mascot is absolutely tragic though! The home side got proceedings underway and within seconds had already pumped the ball up towards the ‘Unplayable on his day’ Andy Carroll up front - I’ve always liked Andy Carroll, he’s a beast in the air and he can be very difficult for teams to contend with. That header he scored for England at Euro 2012 will always live long in my memory, I was just hoping he wouldn’t be able to find the net against us today!

The Baggies had the first real opportunity of the game, after getting into our box down their right hand side - a ball was played across the face of goal, but couldn’t be turned in thankfully for us. I thought we had actually started the game quite well though, Ben Sheaf was absolutely everywhere across the midfield and Viktor Gyokeres was working hard up front on his own. We had a decent chance on the counter at one point as Callum O’Hare broke through the middle of the park - O’Hare had time to carry the ball forwards and really could’ve taken the shot on, but instead he played in Jamie Allen to his left. Allen cut the ball back on to his right foot to shoot, but his effort was wide of the far post. O’Hare had another opportunity to carry the ball forwards not long after this however again this came to nothing - he seemed to want to hold it up and slow the play down rather than drive at West Brom and put them on the back foot. He does seem to have a lack of faith in his own ability at times!

Ben Wilson was called into action for the first time after West Brom got through on the counter, however he was able to gather the ball easily from the oncoming Karlan Grant. The remainder of the first half then fell a bit flat, with neither keeper really being tested and a lot of moves that weren’t coming off for either side. It was a midfield battle for the most part, neither side looked very dangerous in front of goal and West Brom would pump the odd ball up to Carroll in the hope of a knock down or flick on, but our defence seemed to have little trouble in dealing with these. Viktor Gyokeres had one chance right on half time, but blazed this high and wide after being played in by O’Hare. We went into the break goalless.

The first half had highlighted why both sides are mid table really. Not enough of a goal threat, but reasonably solid everywhere else on the pitch. Nobody in Sky Blue was having a bad game though, and Ben Sheaf in particular had been excellent. We just needed to be more clinical when we got around the opposition box, a common theme throughout this season really!

Early on the second half, Wilson was required to make a save after an effort on target from a West Brom corner looked like it was going in. Steve Bruce had obviously had something to say to his side during the break, as they had come out fighting and in the early stages they looked the more dangerous side for sure. They were only able to win a few corners though, and we were able to keep them out. Callum O’Hare was substituted just after the hour mark, with Martyn Waghorn coming on to replace him - after this, the Sky Blues seemed to grow into the game and get a bit more of a foothold. I’m not saying this was all Waghorn’s doing of course, and it was likely a coincidence, but we began to create a few more chances as we pushed for the opening goal. Todd Kane found himself in the box at one point but couldn’t get a shot off in time, Ian Maatsen put in a lovely cross as well for Jamie Allen but the midfielder couldn’t keep his header down. We were definitely on top as the clock ticked down towards the last 15/20 minutes though.

Some neat build up play from us saw Jamie Allen brought down just outside the area at one point. Martyn Waghorn took the resulting free kick from around 25 yards out - he very nearly found the bottom corner of the net, but sadly his effort was just wide! Viktor Gyokeres had a good chance as well after being played in down the left - after some twisting and turning inside the box, he managed to test keeper David Button who needed to get down to his near post to palm the ball away. It was worked back across the box to Ben Sheaf on the edge, who skipped past a couple of defenders with some lovely footwork but his shot was tame, and comfortable for Button to save.

Andy Carroll was continuing to throw himself around whenever the ball was played up to him, and West Brom had their chances too but again Wilson wasn’t properly tested luckily for us. As we entered the final minutes of the game I wondered whether there would be some more late heroics from us, we’re no strangers to them after all! Sadly all that would come was a West Brom penalty in the 94th minute - it was at the other end of the ground to the away end, so my view of it wasn’t the best and I’m also yet to watch it back, but I didn’t think there was a foul in all honesty. I think it was Carroll who went down, with his back to goal and his arms in the air, but the referee pointed to the spot and West Brom had been handed the chance to win the game with the very last kick. Up stepped Karlan Grant, with a slow run up, but his penalty was shocking and Ben Wilson was able to get down and turn it away from goal. It summed up the game really, neither team could find a way through and realistically, neither of us deserved to!

At least we had been spared the agony of losing in the last minute, and in truth I think a draw was a fair result. Both sides had decent spells during the game but neither did enough to win it, which is frustrating but at the same time it’s not the end of the world. The game was a dead rubber, so it’s not cost us anything to drop points and we’ve competed well against a side that was in the Premier League last season. Our penultimate game of the season, and final home game at the CBS is next weekend against Huddersfield - another tough team to play at the moment, I’m not massively looking forward to it in truth! We may be able to throw a spanner in the works in regards to their promotion hopes though, which means it’ll hopefully be a more entertaining game than today’s. 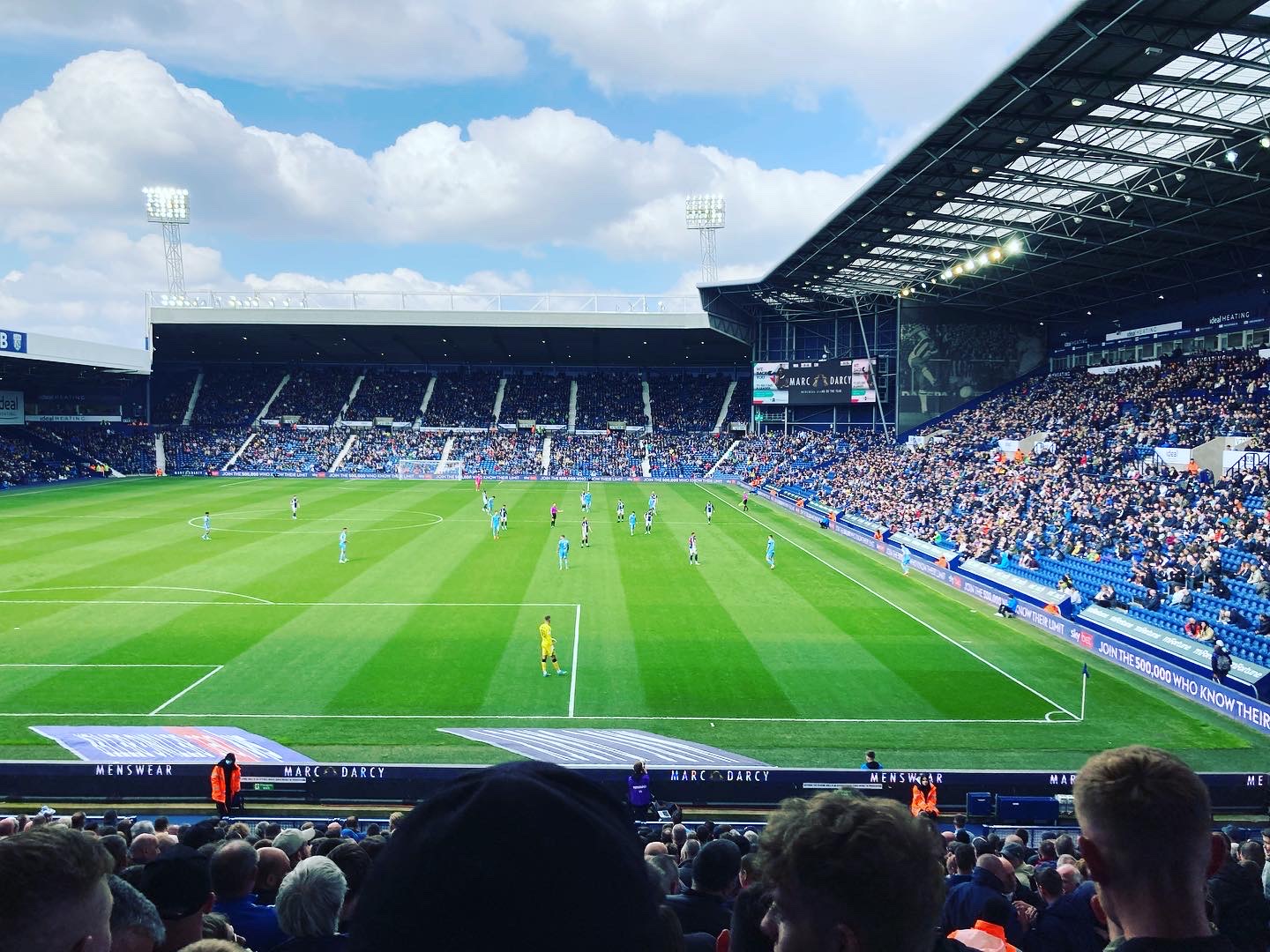 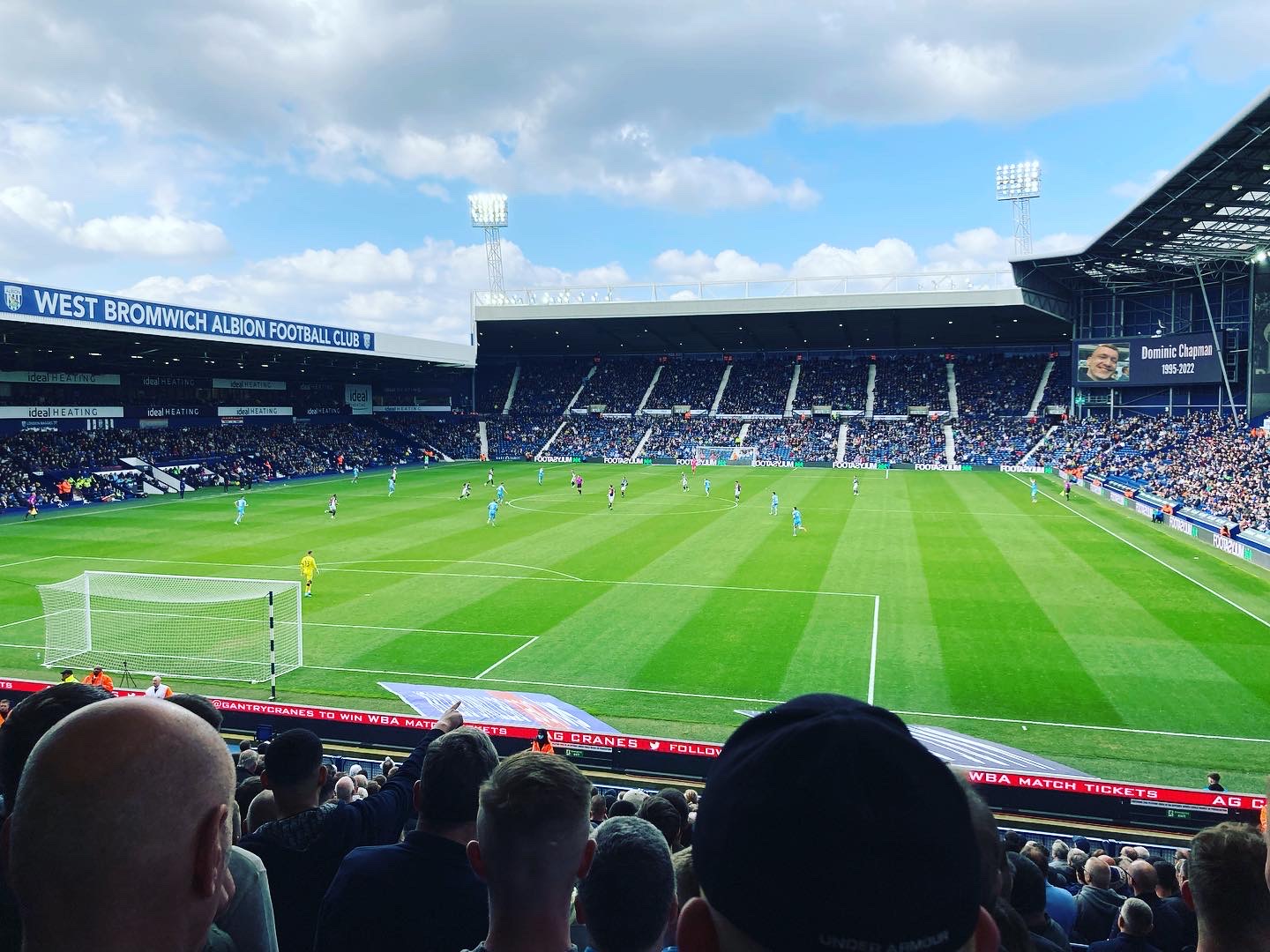 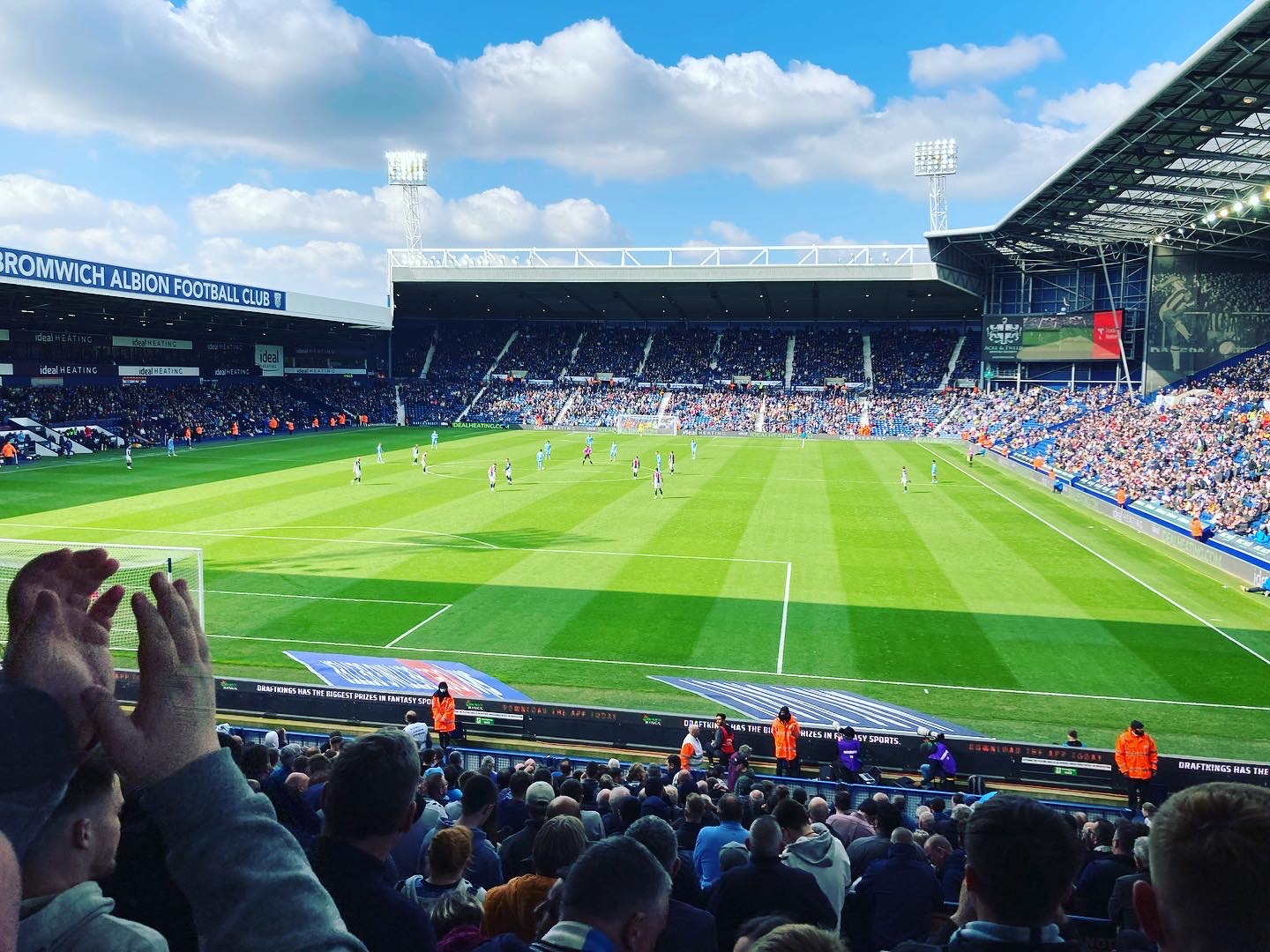 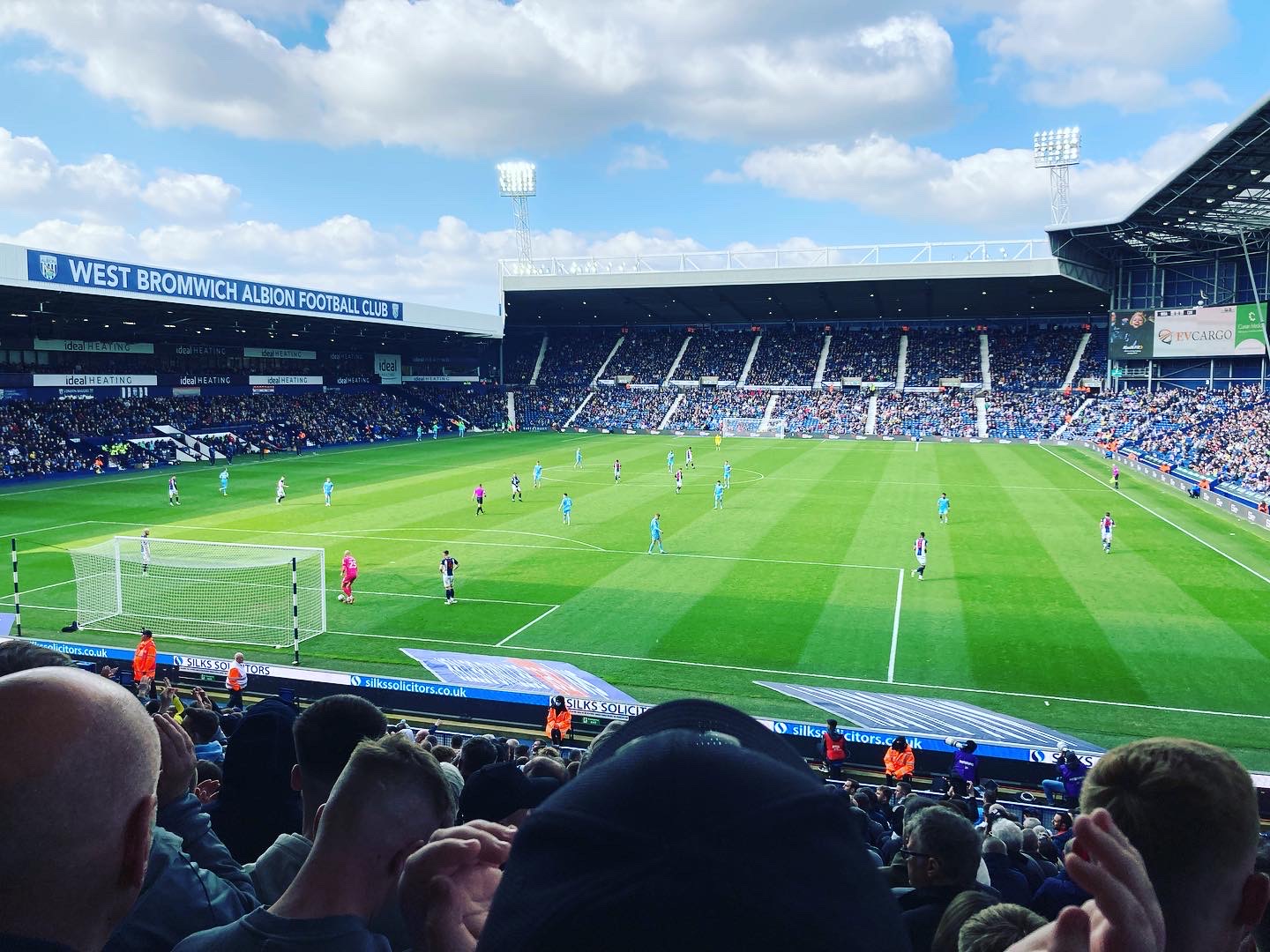 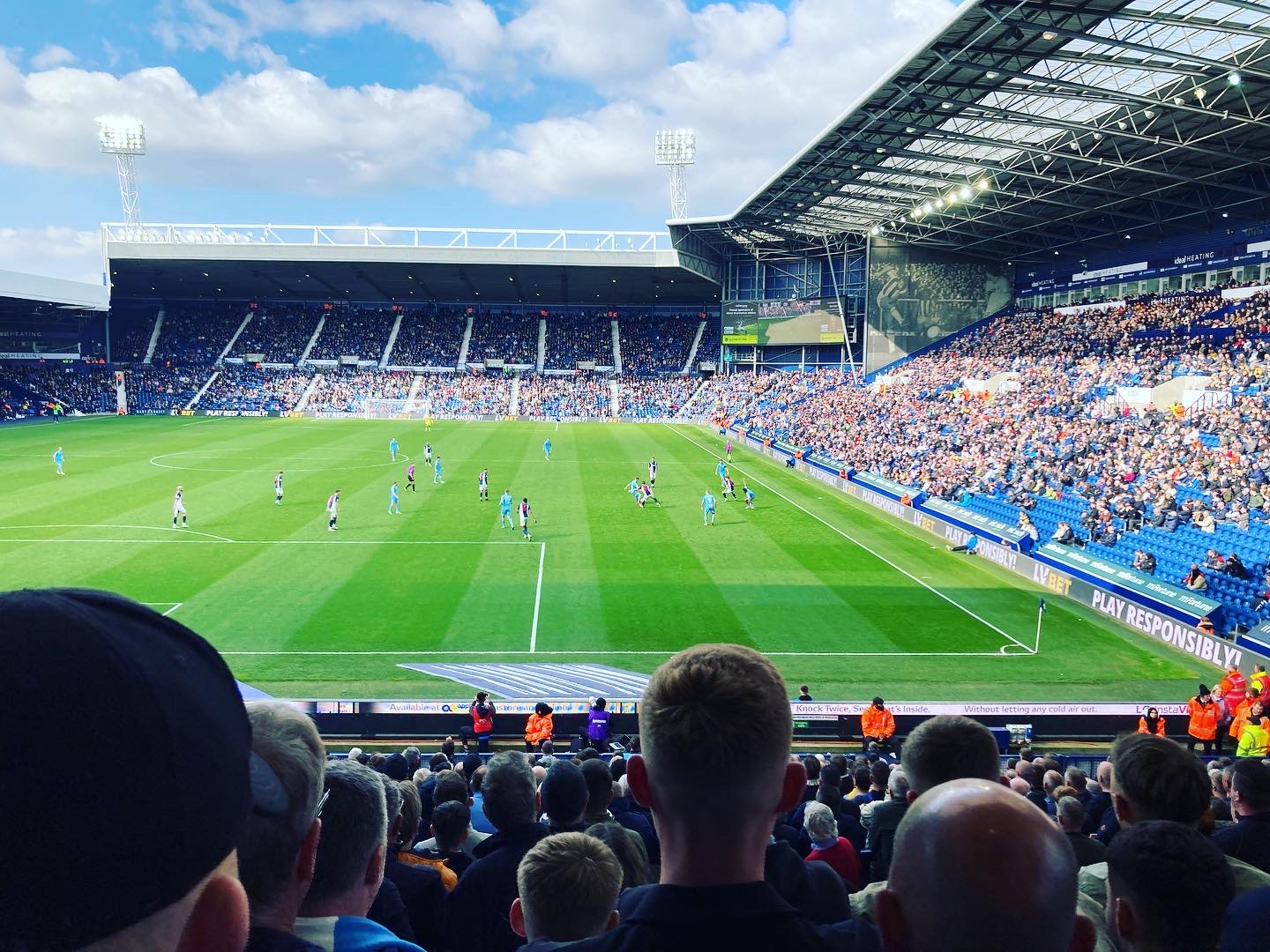 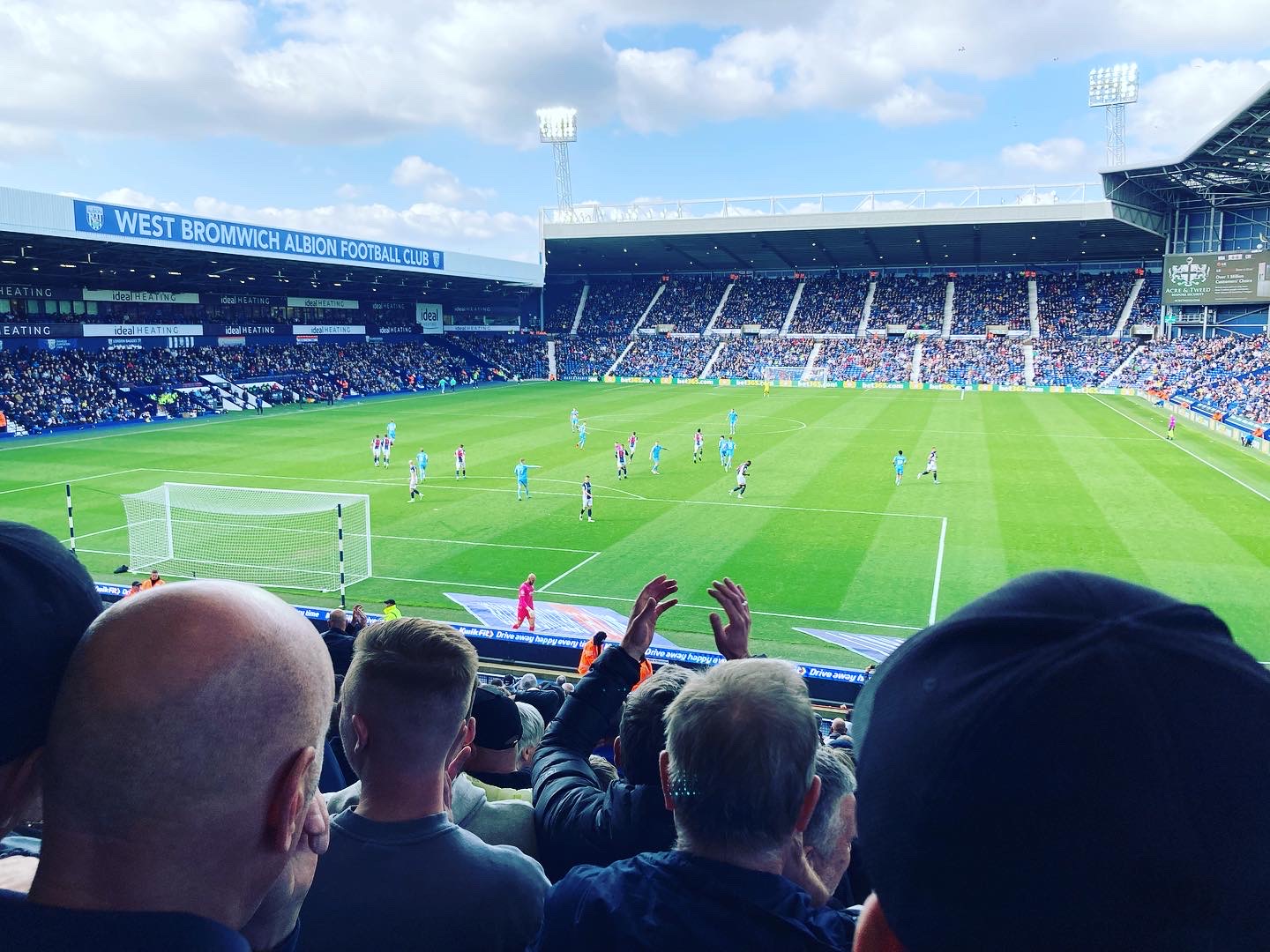 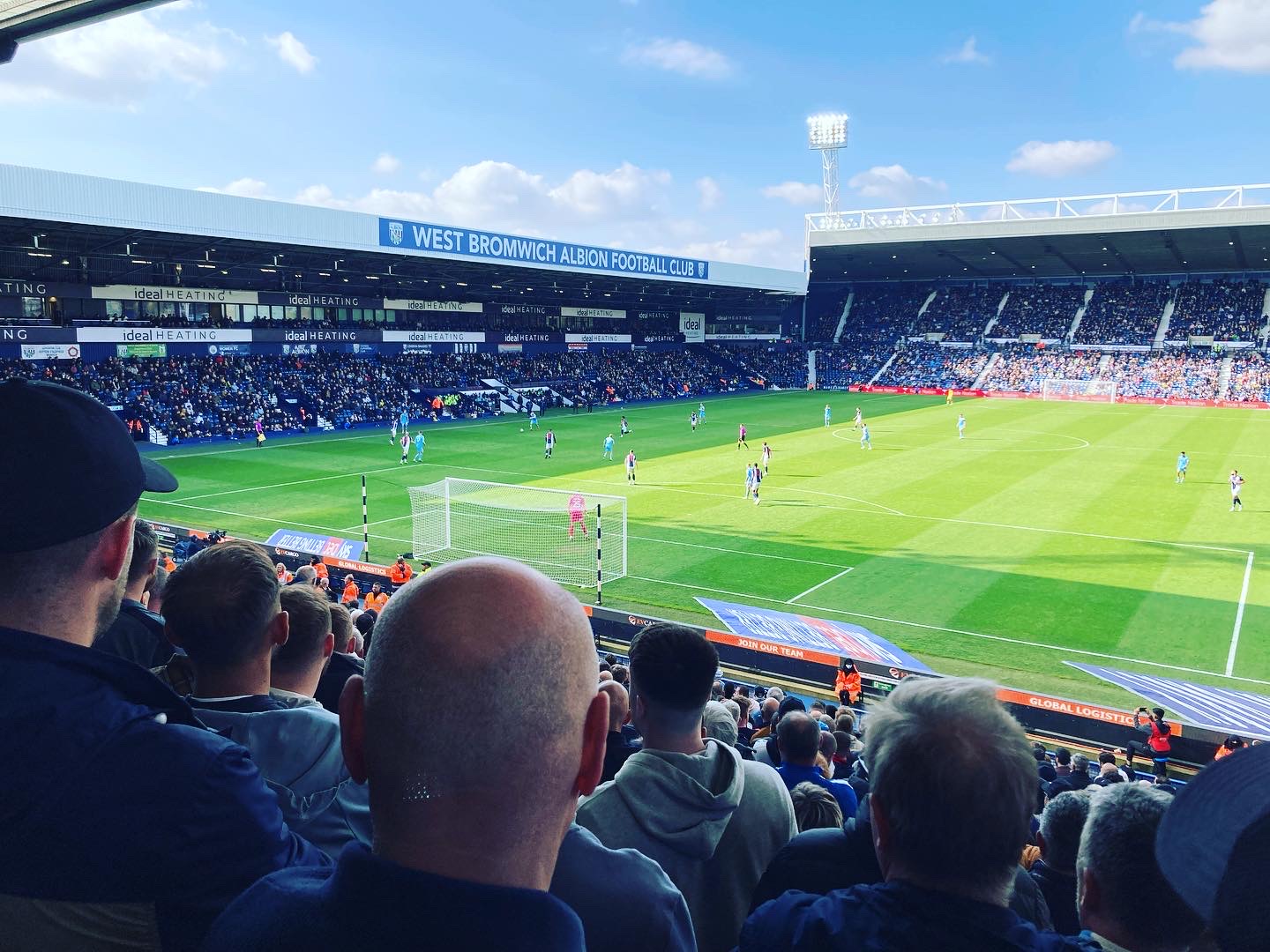