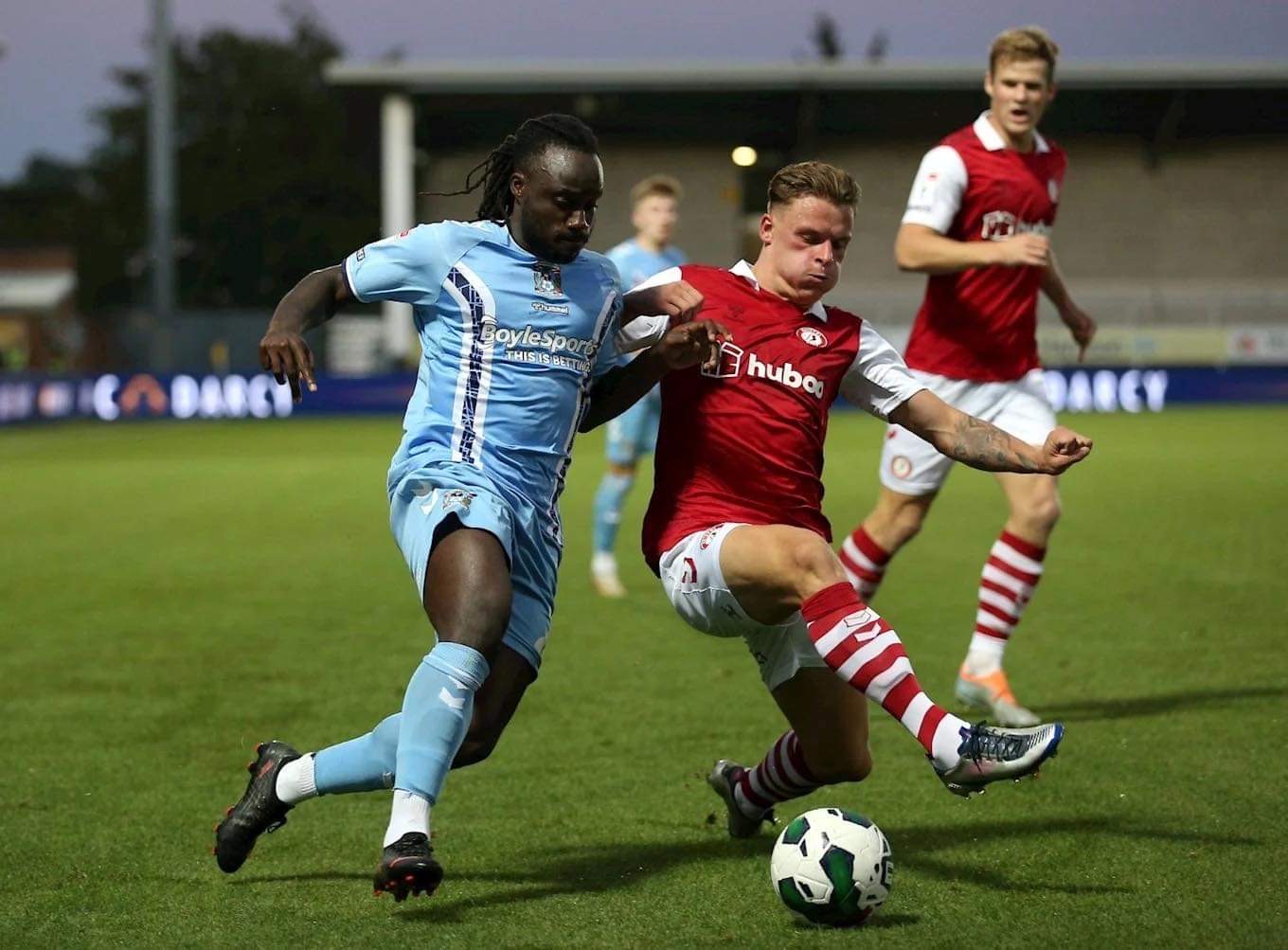 For Coventry City fans, the last few days have been frankly embarrassing. The Commonwealth Games Rugby 7’s has been played at the CBS Arena over the last couple of weeks, given that our stadium is technically also a Rugby stadium as it’s owned by the Wasps, and as a result of this our pitch has been ripped to shreds at the most inconvenient time possible.

The knock-on effect of this (if you’ll pardon the Rugby pun) is that our first home game of the season against Rotherham, which had already been moved to a Sunday rather than a Saturday to accommodate the Rugby, was postponed after a pitch inspection found the surface to be unplayable and unsafe for the players and officials who would be using it. It’s an awful situation for the club to be in - everyone connected with Coventry City from top to bottom feels let down by what’s happened. All we want is to be able to see our team play, and we’ve been deprived of that because of seemingly broken promises from our landlords, in that the surface would be playable in time for the new Championship season.

Wasps have released a statement which advises they made it clear to the club that no new pitch would be re-laid after last season and the Commonwealth Games, and that they are committed to making the pitch playable for the Sky Blues as well. I’m not sure what to believe in regards to what was agreed between the two parties prior to this situation arising, but I am certain that this wasn’t the outcome anybody was aiming for. It’s disappointing more than anything.

What will happen with the Rotherham fixture is currently undetermined - more than likely it will be moved to a midweek game somewhere along the course of this season. I can imagine this is incredibly frustrating from a Rotherham point of view as well, given the preparation they had likely done for the game prior to it being postponed, and the arrangements made by fans to travel down for the game etc. - believe me Rotherham fans, ask any Sky Blues supporter for their thoughts on the matter and I’m sure that none will be happy with how events have transpired.

To add further insult to injury, our Carabao Cup First Round fixture at home to Bristol City was then moved to an alternative venue - Burton Albion’s Pirelli Stadium, which is approximately an hour’s drive away from Coventry. The club, to their credit, are refunding all tickets that had been purchased for the game at the CBS and are also putting on free coaches for fans to travel to the game in Burton-on-Trent. This is a great gesture given the circumstances, and it’s nice to see the club acknowledging the suggestions of fans and putting these into practice. It doesn’t change how much of a farce the whole situation is though, but at least it isn’t the fault of the Sky Blues - it seems that the club are just as annoyed about all this as the fans, and that our landlords have a lot to answer for.

I toyed with the idea of travelling to Burton to watch tonight’s game, but in the end I talked myself out of it for two reasons - firstly, if this had been Burton away on a Wednesday night in the Carabao Cup First Round I probably wouldn’t have bothered going, as I’ve already been to Burton away before. It’s not a game I would need to do to help complete the 92 as I’ve already ticked it off, so I wasn’t desperate to go this time around. Secondly, it’s a long way to go to watch a home fixture in midweek and while it’s hopefully only going to be a one off, I was of the opinion that I wasn’t going to miss much - typically, we’ll rest some of our first team in this competition, and the whole game will normally feel like a weird pre-season friendly. I was also thinking that if I’m going to be refunded for the ticket I’d already bought, then I might as well just take that on the chin and skip this game. It made more sense to me to do so anyway.

While I had settled for missing out on this one though, it was good to see that so many Sky Blues fans made the trip to Burton to watch us play - an attendance of 2,680 isn’t bad given the circumstances. As I’d expected, Mark Robins had picked a weaker than usual side for this game - most likely as he has one eye on Millwall away this Saturday. Ben Wilson started in goal on the day after his 30th Birthday (many happy returns Ben!), and debuts were also given to new boys Callum Doyle and Taya Adaramola. Fankaty Dabo was at right wing back, with Kyle McFadzean and Michael Rose making up the rest of our back line. A central midfield pairing of Josh Eccles and Jamie Allen was an interesting choice - I hoped Eccles would have a better game there than he had at wing back at Sunderland. Former Bristol City player Kasey Palmer would start against his old club, playing in behind a front two with the potential to score a couple in Tyler Walker and Fabio Tavares.

I was keen to see how this side would get on, albeit from afar via Twitter updates. It was a big chance for the likes of Doyle and Adaramola to shine, and make a claim for a first team place. The opportunity was also there for Walker and Tavares to step up and find the back of the net - I thought they both did well off the bench at Sunderland, if they could continue to work hard then who knows what the season could bring for them? I couldn’t shake the feeling though that this would be more like a pre-season friendly than anything else.

Sadly, it seems the travelling home supporters weren’t treated to much of a performance. Kai Naismith put the visitors in front in the 12th minute, and Tommy Conway made it 2–0 in the 18th minute - not the greatest of starts from the Sky Blues. Conway would double his tally on the half hour mark to make it 3-0, and when my phone buzzed to notify me of that I couldn’t help but feel glad I hadn’t made the trip in the end. The whole first half sounded pretty uneventful from a Sky Blue point of view.

The second half started a lot more positively, with a Jamie Allen goal in the 62nd minute that sounded like a decent finish. It seemed like we gave it a bit more of a go in the second half, but the game was over after the first half an hour really. In the end it finished 4-1 to the visitors, after Andi Weimann found the net in stoppage time to cap off what’s been an awful saga for us. From what I’ve heard/seen via Twitter, we made things far too easy for Bristol City tonight but then again, it’s only the Carabao Cup and we’ve experimented with the starting XI really. I don’t have any concerns about the result - the main issue is where the game was played, and why it had to be played there.

I’m sure we’ll all look back and laugh one day. 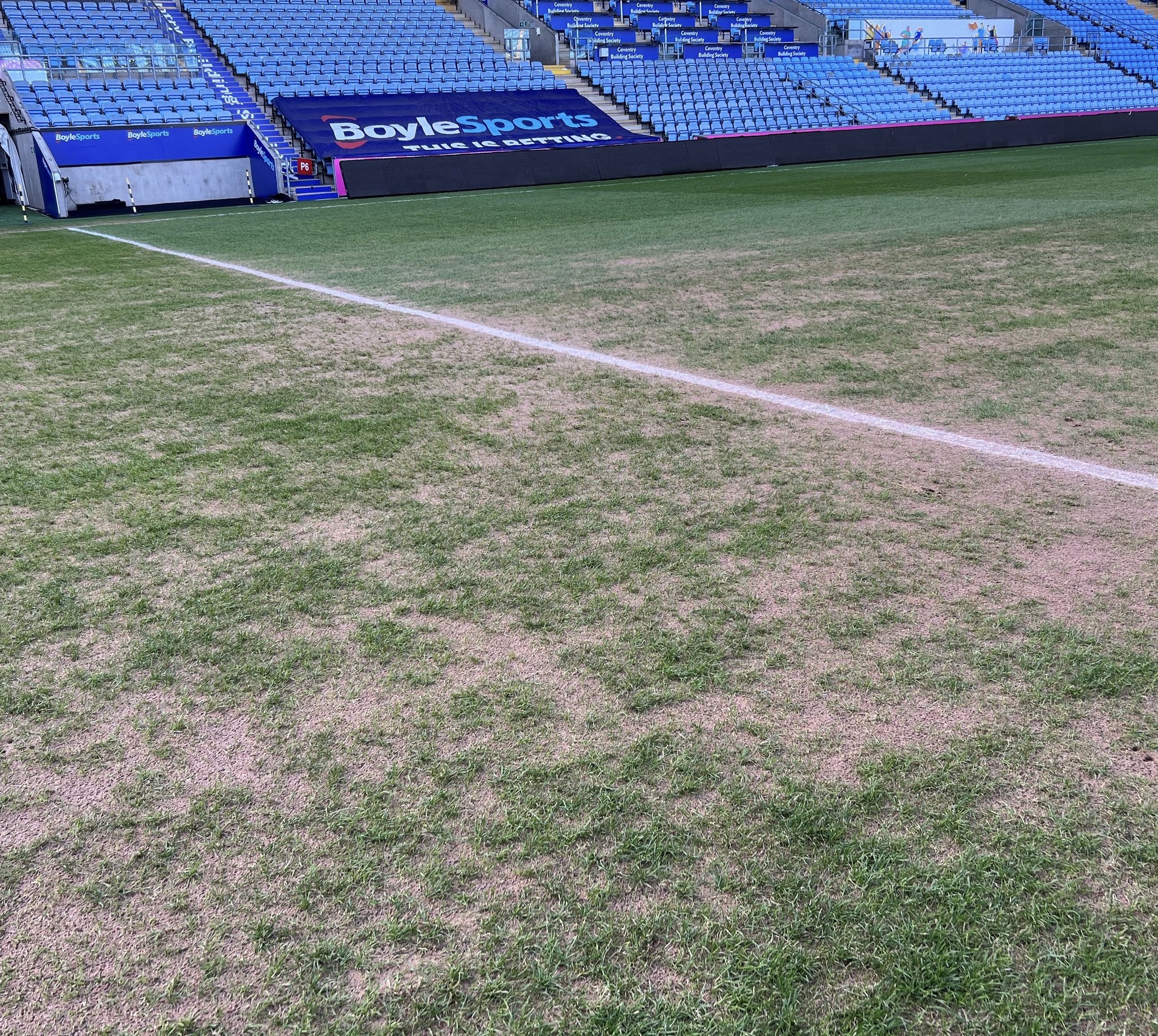 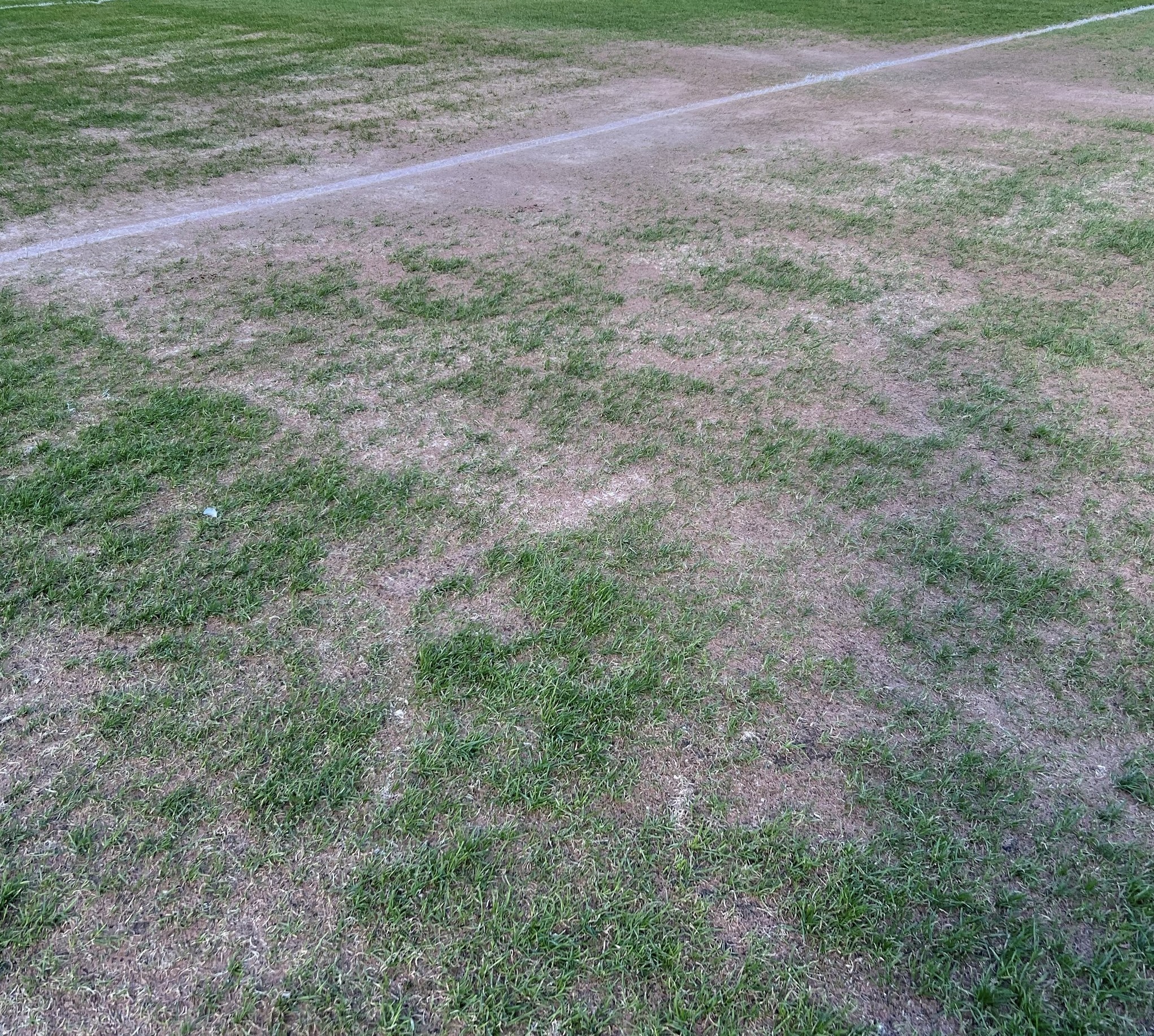 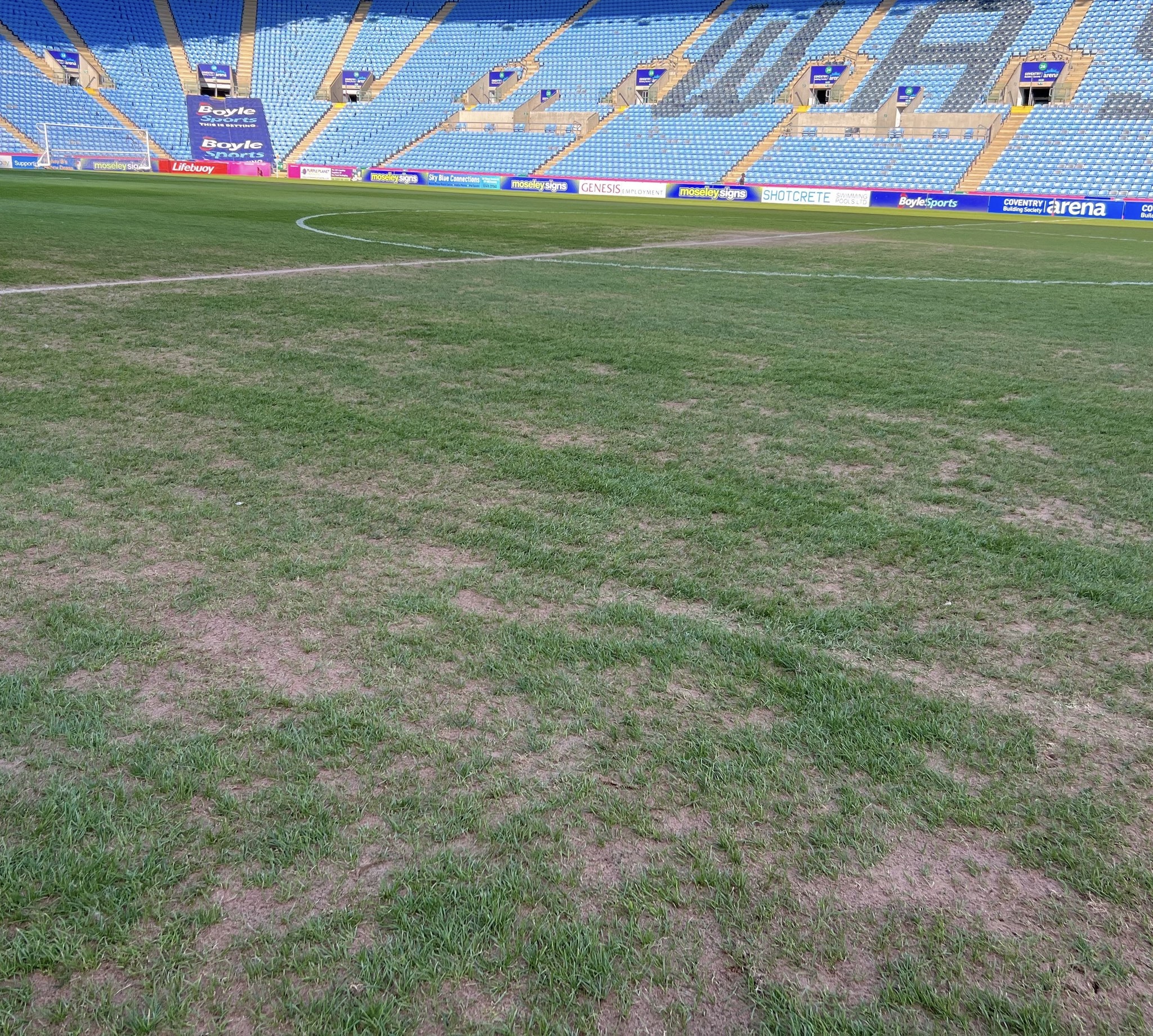