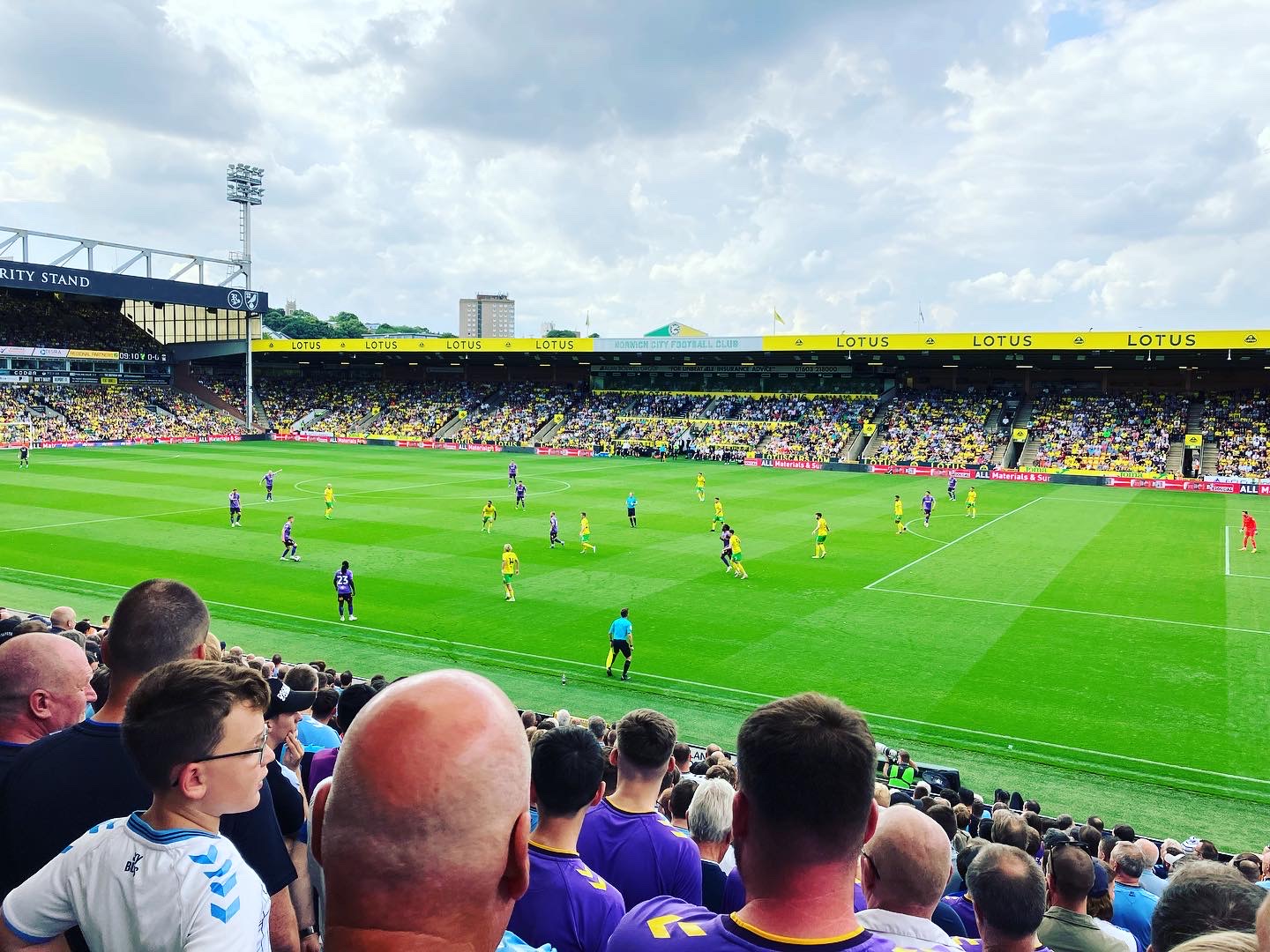 The Sky Blues travelled to Norfolk today, for what would be a difficult away game against Norwich City. It’s been a tough start to the season for the Sky Blues, and with our defeat to Preston in midweek on top of a calamitous start to the season, I wasn’t filled with any confidence that we’d get a result today.

I’m usually quite optimistic about our chances in games, but Norwich are a side full of Premier League quality and we haven’t got off the mark properly yet this term. Callum O’Hare’s absence has left us looking like a completely different side to last year, and our defence (mostly our goalkeeper) has looked shaky as well. I really wasn’t confident that we could produce any heroics - we didn’t play badly on Wednesday night, and Ben Wilson had had a solid game coming in for Simon Moore, but we didn’t do enough to win the game in the end and I had a feeling that Wilson would be getting acquainted with the back of his net a little too much today. I couldn’t see any outcome other than a Norwich win, and I think most of us will have felt the same. Nevertheless, I travelled to the game in the car with Joe and Conor hoping for an enjoyable day out, and that we kept the score down at least. Carrow Road is another new ground ticked off as well - 53/92 for me now.

Over a few games of cards in the pub prior to kick off, we were all shocked to see the side that Mark Robins had named for today’s game. Both Matty Godden and Viktor Gyokeres were dropped to the bench, in favour of Tyler Walker as a lone striker. There are reports that there’s been a training ground bust up between the two of them - I suppose we’ll never know what’s happened, but if that’s true then it’s a hell of a way for Mark Robins to make an example of them! Ben Wilson remained in goal, with Fankaty Dabo back in at right wing back and Jake Bidwell on the left. Our back 3 was the same as Wednesday night - Rose, McFadzean and Doyle. Ben Sheaf and Gustavo Hamer would play in central midfield, with Jamie Allen and Kasey Palmer in behind Walker - it was an interesting side, and while some people will criticise Robins for going with one up front I think he made the right call. We were never likely to have enough of the ball to create many chances, and we’d need the bodies in the midfield to make it more difficult for Norwich to play. We joked in the pub that Walker would bag us a hattrick - Joe was prepared to walk all the way home if that happened!

I was impressed with Carrow Road as we got into the ground just ahead of kick off. I much prefer being at stadiums like this one, that have character and history about them, as opposed to the modern bowls that many teams have (including us). I wasn’t too impressed with the home supporters though once the game was underway - it was the Sky Blue Army making all the noise from the offset, even with their drummer on his scaffold under the scoreboard in the corner!

Norwich instantly looked a cut above us on the pitch. They were very composed and we had clearly set up with the intention of just trying to keep things tight, and maybe hit them on the counter attack. Norwich had 3 or 4 chances inside the opening 10 minutes, and while we had a half chance of our own in the form of a Tyler Walker header (it was tame, and went wide), it didn’t take long for the home side to take the lead. Gustavo Hamer was caught in possession just inside the centre circle, and the ball was slid into Teemu Pukki who comfortably found the bottom corner to make it 1-0. It was a well taken goal, but it was of our own making and you simply can’t afford to make mistakes like that against a newly relegated side, especially Norwich who are always too good for the Championship.

Going a goal down did seem to wake us up though - we looked hungrier for the ball once we were chasing the game. Gustavo Hamer sparked a good counter attack at one point, driving through the middle of the park and playing it to Kasey Palmer, who found Tyler Walker - Walker’s effort whistled just wide of Tim Krul’s far post in the end. I thought that Kasey Palmer looked pretty good on the ball today - he doesn’t move as quickly as Callum O’Hare does, but he has great feet and he seems to be able to play the right pass when it matters. I think with Matty Godden ahead of him rather than Walker today, we might’ve seen a few more efforts on goal in the first half - Godden’s movement around the box is streets ahead of Walker.

We struggled with Norwich’s quality on the ball throughout the first half though. We couldn’t go and press them too much as we’d leave too much space for them to play in, but they seemed to be able to find gaps in behind us whenever they were able to work the ball forward. Plenty of last ditch tackles had to go in from our back 3, but despite this we did find the net during the half to briefly make it 1-1. We had a corner which was played short, and looped into the box by Jake Bidwell. Tyler Walker challenged Krul in the air, with the keeper having the swat the ball away, and the rebound was smashed in by Kyle McFadzean - it was a great finish, but our celebrations were cut short when the referee ruled the goal out for offside. Tyler Walker had been judged to be interfering with play in an offside position as he spun around to see where the ball was, following Krul’s palm away - Krul himself appeared to make no effort to stop McFadzean’s shot as it flew into the net, and I think that due to this it’s probably harsh that the goal was ruled out but I can understand the decision. It’s just a shame that somebody in our end had lit a flare to celebrate before realising the goal hadn’t counted!

We couldn’t make it count whenever we put Norwich under any pressure, but as half time approached we were definitely still in the game. If only we could make it to half time 1-0 down, then you never know what the second half could bring - Norwich had other ideas, and just before the break Josh Sargent made it 2-0 to the Canaries after a well worked move down the home side’s left flank. It was a deflating moment for us and ultimately meant that the game was over - we’d do very well to get anything now. At half time, I thought we’d done better than I’d expected prior to kick off, but that goal had really killed any hope that our half decent performance had created. It just wasn’t working, and realistically we were being outclassed. As long as we kept the score down in the second half, then we might be able to enjoy the rest of our day despite remaining rock bottom of the table.

Mark Robins introduced Viktor Gyokeres at half time, in place of Kasey Palmer. I think Palmer had picked up a knock of some sort in the first half, and with us chasing the game it made sense to throw caution to the wind and send another centre forward on. Gyokeres had a fantastic early chance to score, with one of his first touches after he was played in behind the Norwich defence - his effort couldn’t beat Tim Krul in the end though. Fankaty Dabo had a shot that went just wide of the post not long afterwards - it was a positive start for us, but it didn’t get any better than that unfortunately. There was a lack of movement all across the pitch - no outlet for Wilson to play out when we had the ball at the back, and Tyler Walker looked pretty static up top. Gyokeres was full of running, but of course didn’t see much of the ball. We just looked a bit uninspired, and eventually the Sky Blue Army became more interested in singing than watching the game. We did perform a wonderful rendition of twist and shout for around 10 solid minutes to be fair, silencing the Norwich drummer and his feeble attempts to generate some atmosphere in the home end. The drummer took a lot of stick today (as he probably always does, being situated in front of the away end), but he seemed to take it all in good spirits so fair play to him.

Matty Godden replaced Walker with around 25 minutes left to play, and Fabio Tavares also came on for Michael Rose as we switched to a back 4 in an attempt to go for it a bit more. It made little impact in truth, and Norwich didn’t even get out of second gear in the second half. They didn’t need to, the game was already well beyond us and the second half was quite uneventful in the end. Norwich added a 3rd goal with around 10 minutes left to play, after Josh Sargent was played in - he was held up by our defenders, but had room to slide the ball across to Kieran Dowell who had entered the box on his own to slide the ball past Wilson. Norwich had many chances in the game, it could’ve been more than 3-0 in the end and we were second best in every area besides the stands. Their goal music was entertaining though, it’s just a shame we had to hear it so many times!

It wasn’t even that anybody had a particularly bad game - Ben Sheaf was excellent, Callum Doyle looked solid again and Kasey Palmer impressed me. Tyler Walker will likely be made a scapegoat by fans on Twitter and Facebook etc. but it was a difficult game for any centre forward today - on their own, with little service, and barely a sight of goal. Any of our strikers would’ve struggled today, and I’ve seen Walker have worse games than that - his biggest issue is his work rate though and that’s why fans will get on his back. If was running himself into the ground, chasing lost causes and pressing, constantly demanding the ball when we were on it, he’d get no criticism. Godden and Gyokeres typically work harder than him I’d expect them to be back in the side next time out - providing they’ve kissed and made up if the rumour about their bust up is true.

5 games played, and no wins for the Sky Blues - it doesn’t bode well for us does it? That’s relegation form - it’s still early days of course, but it could be a long season for us if we carry on like this. Next up is West Brom at home, an absolute must win against Steve Bruce’s side now.

I’m not panicking yet, but 3 points any time soon would be very nice please lads. 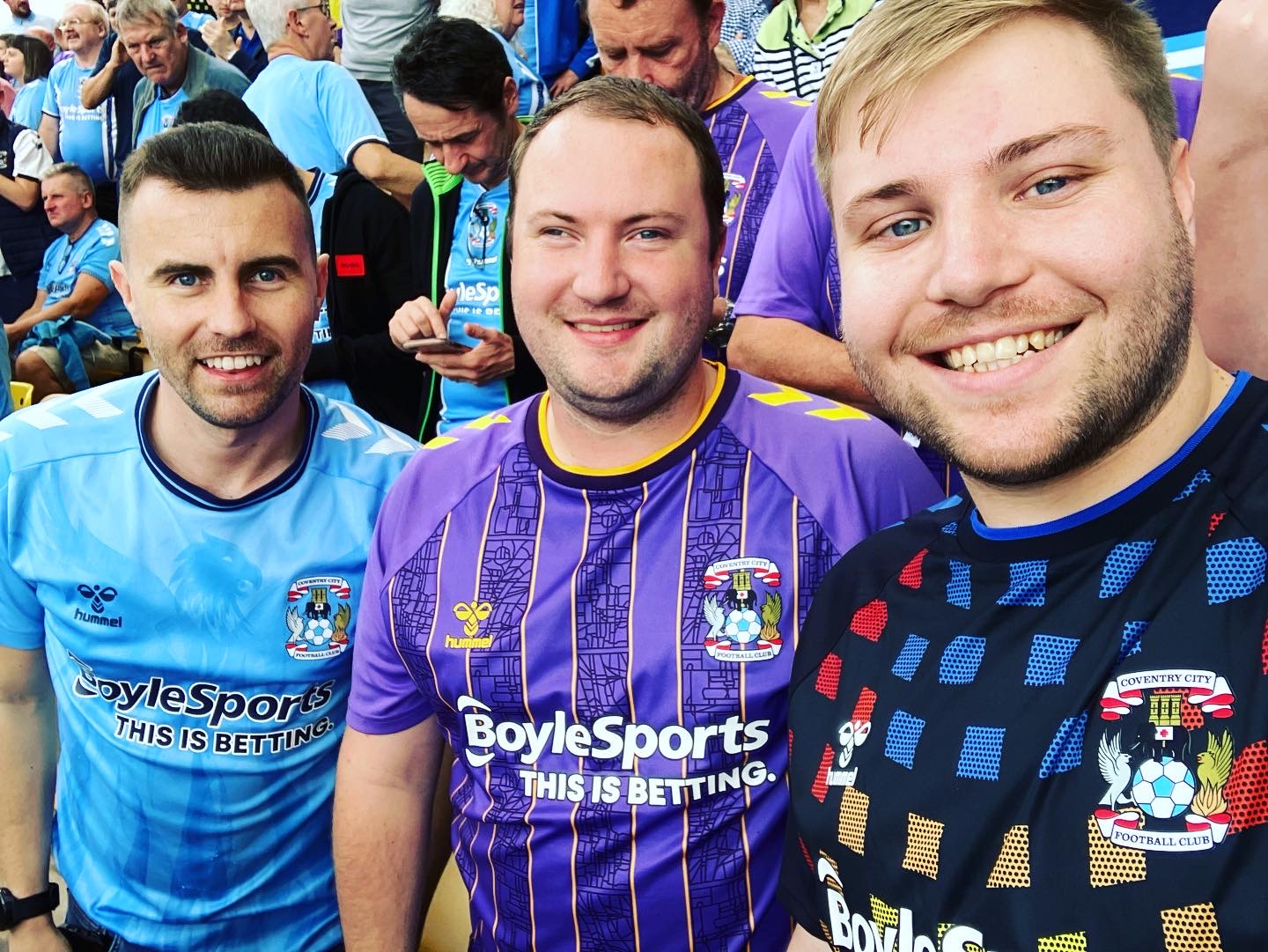 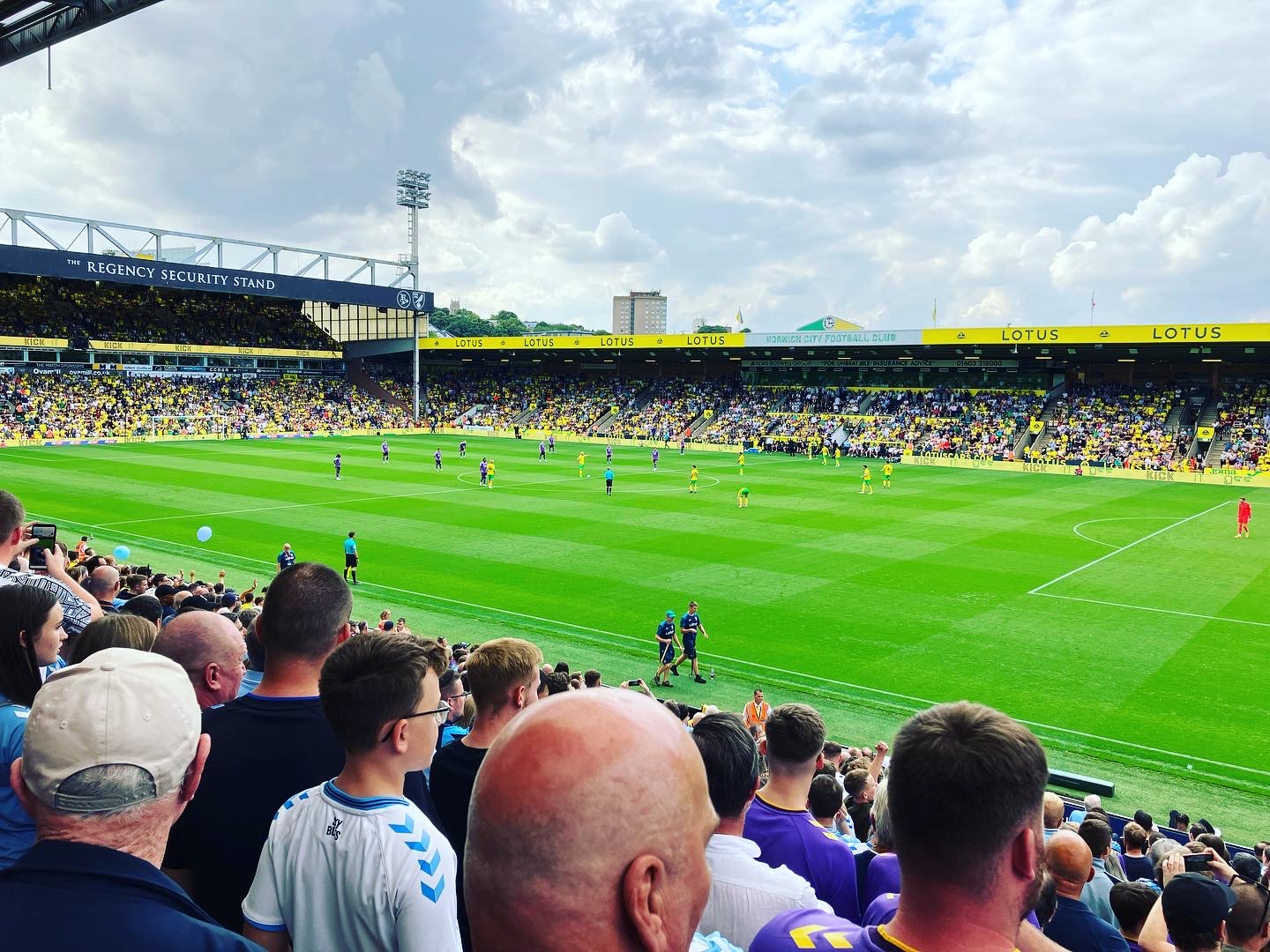 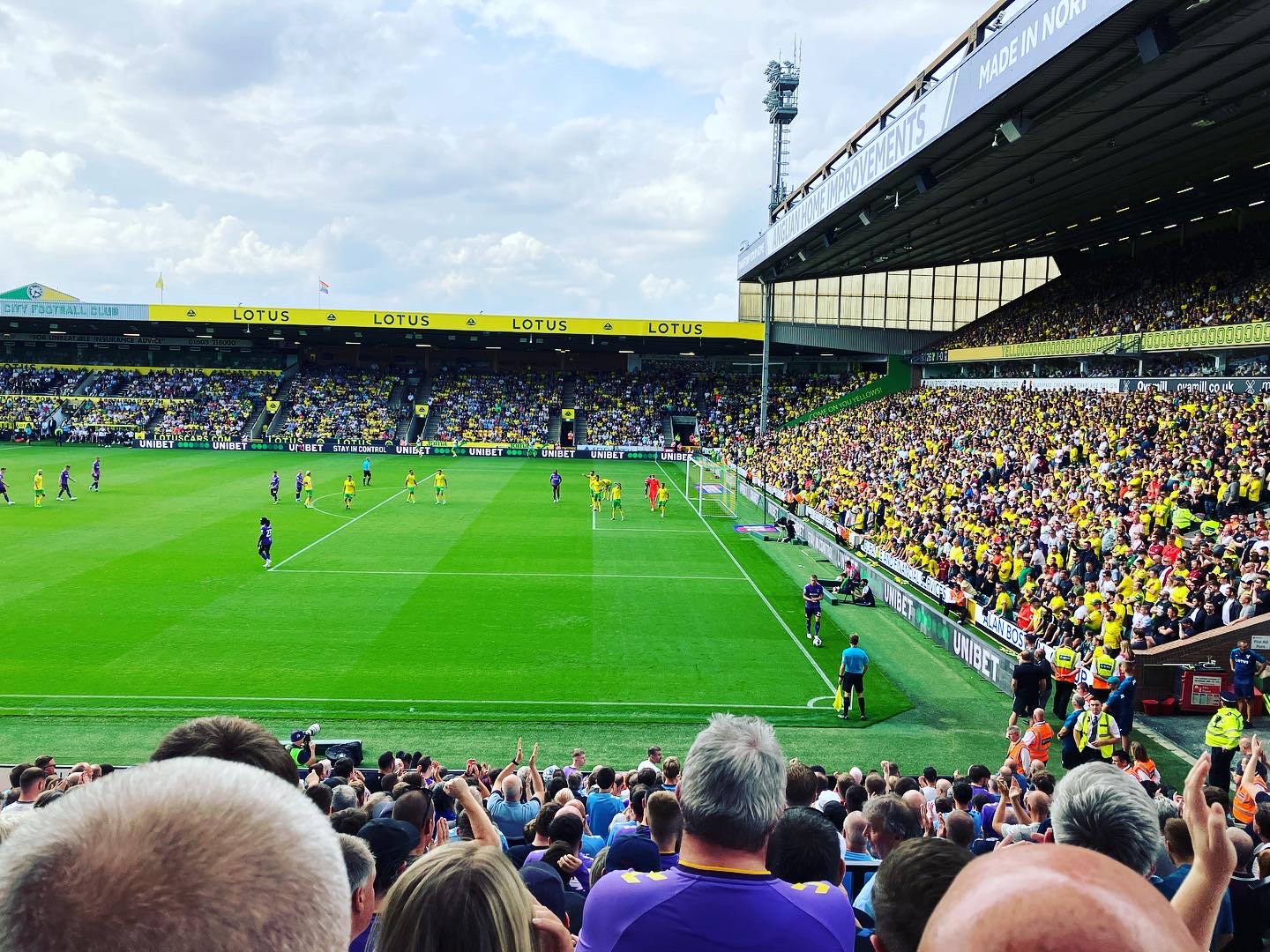 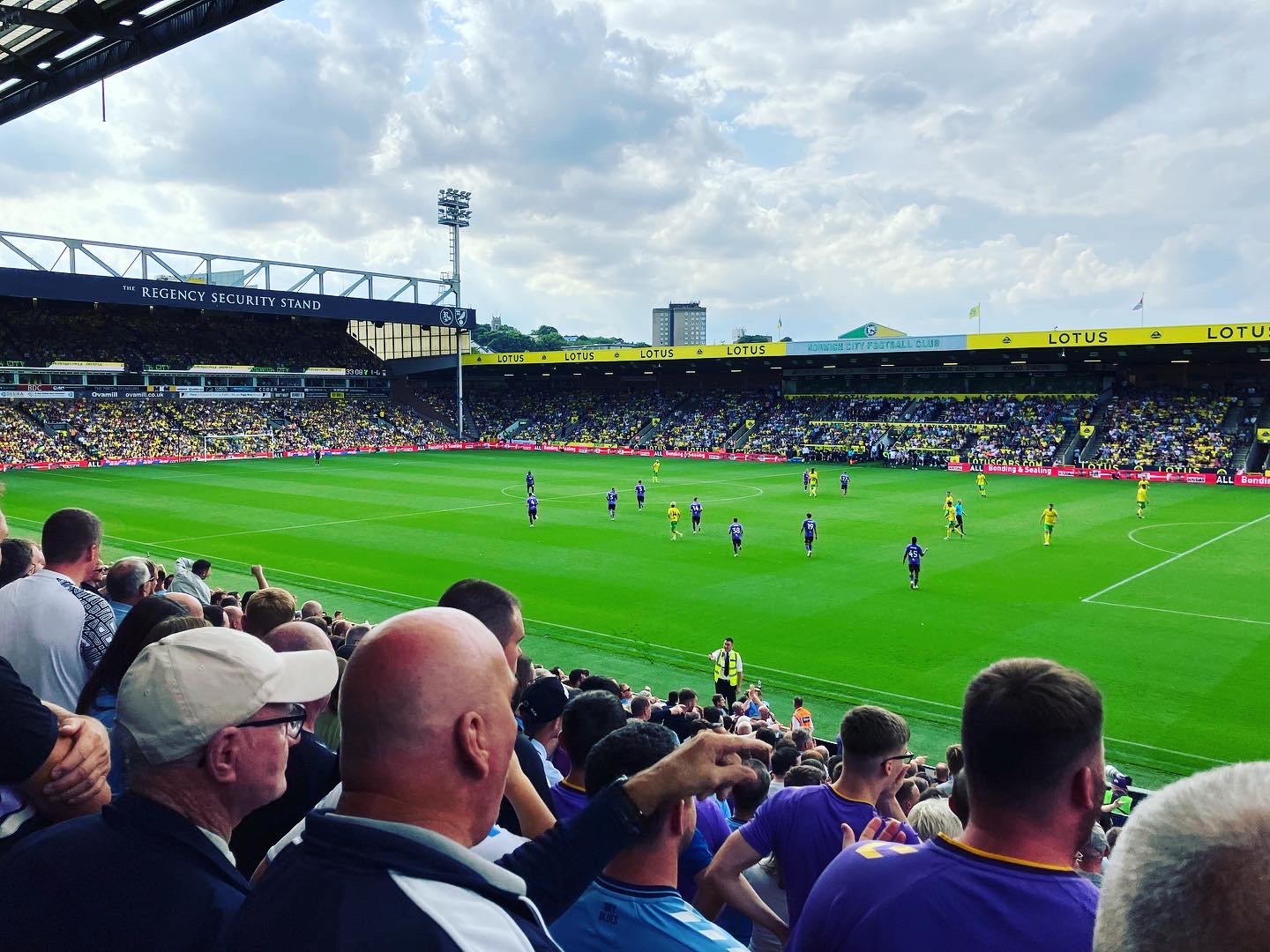 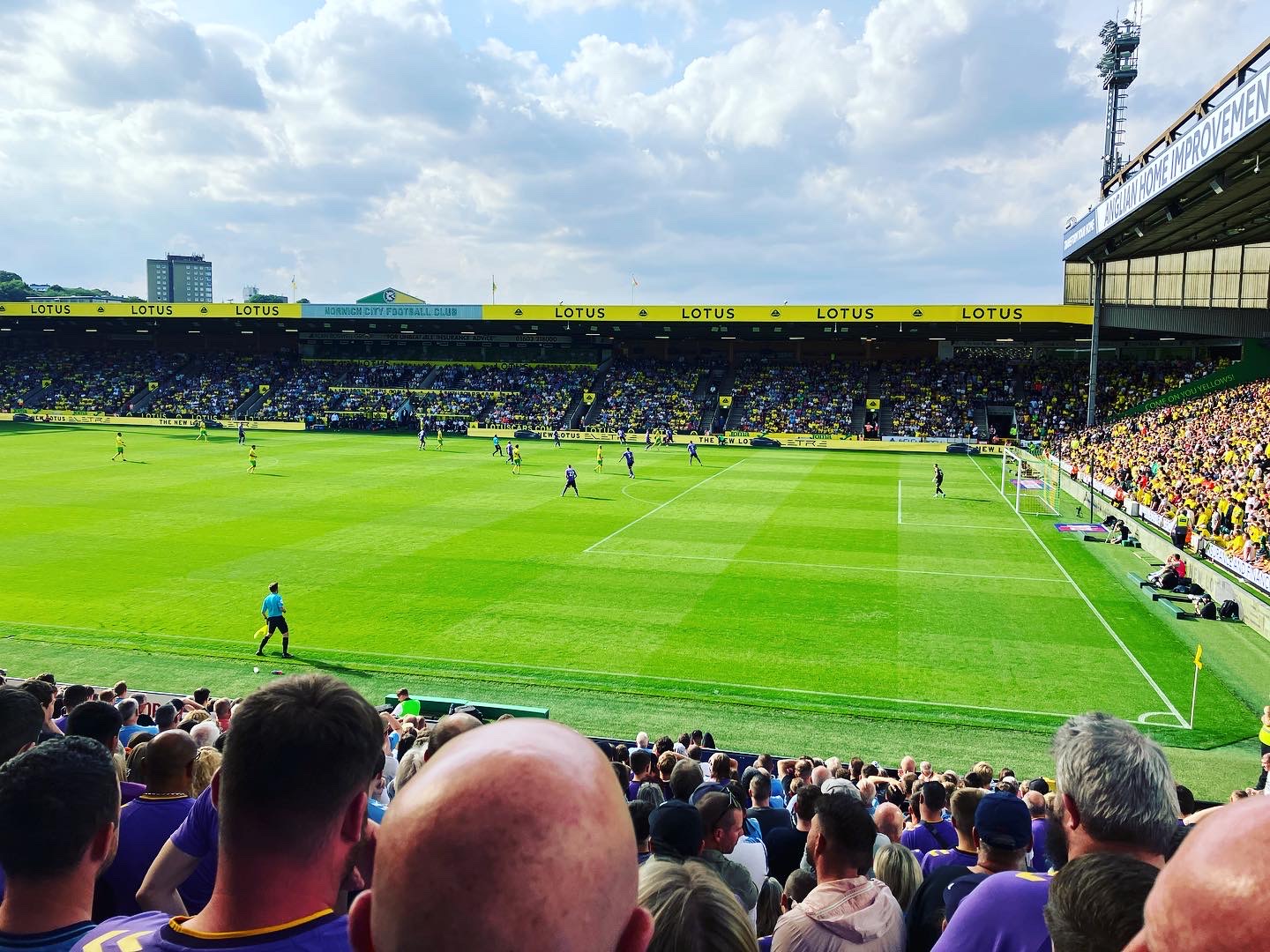 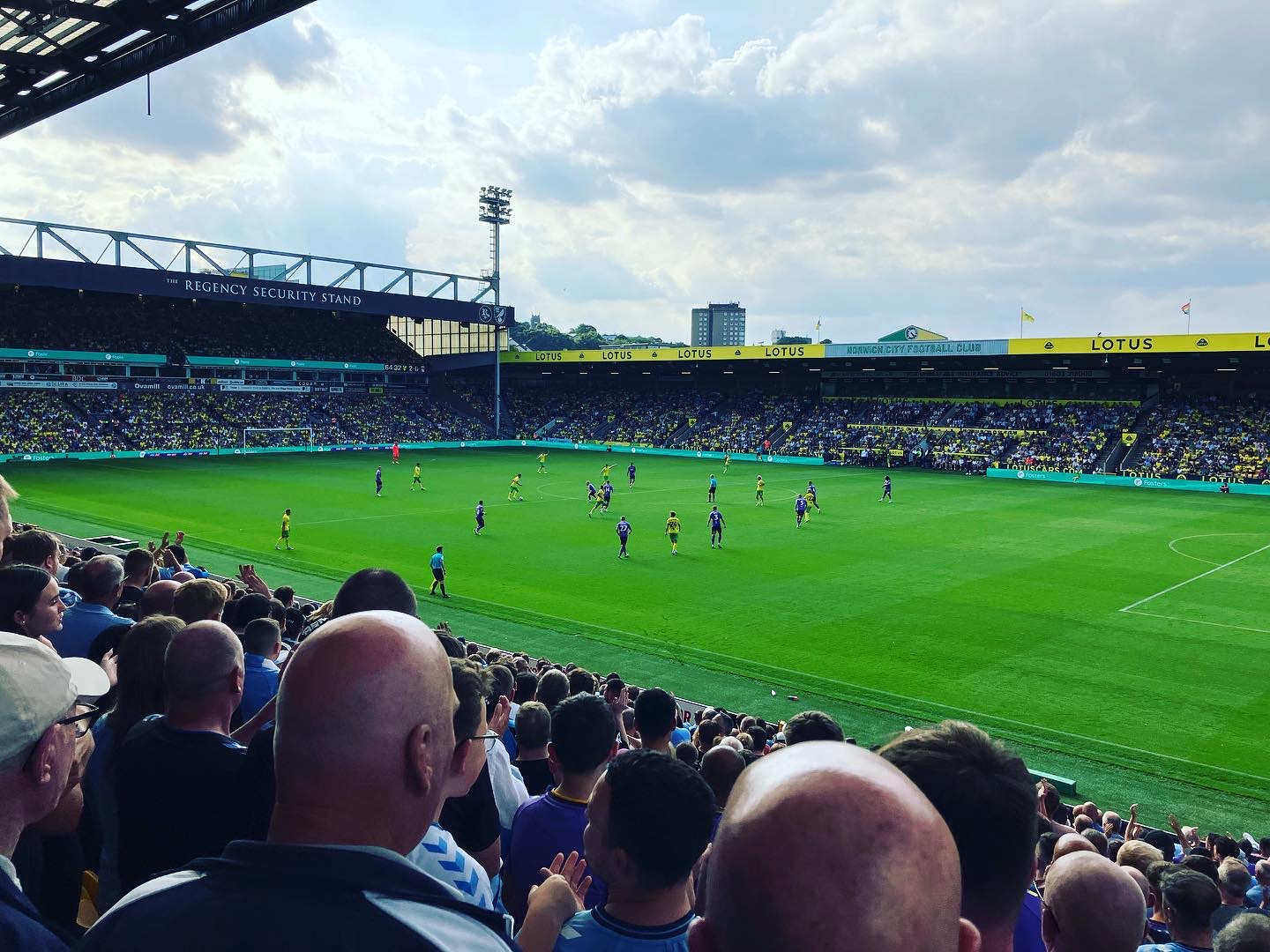 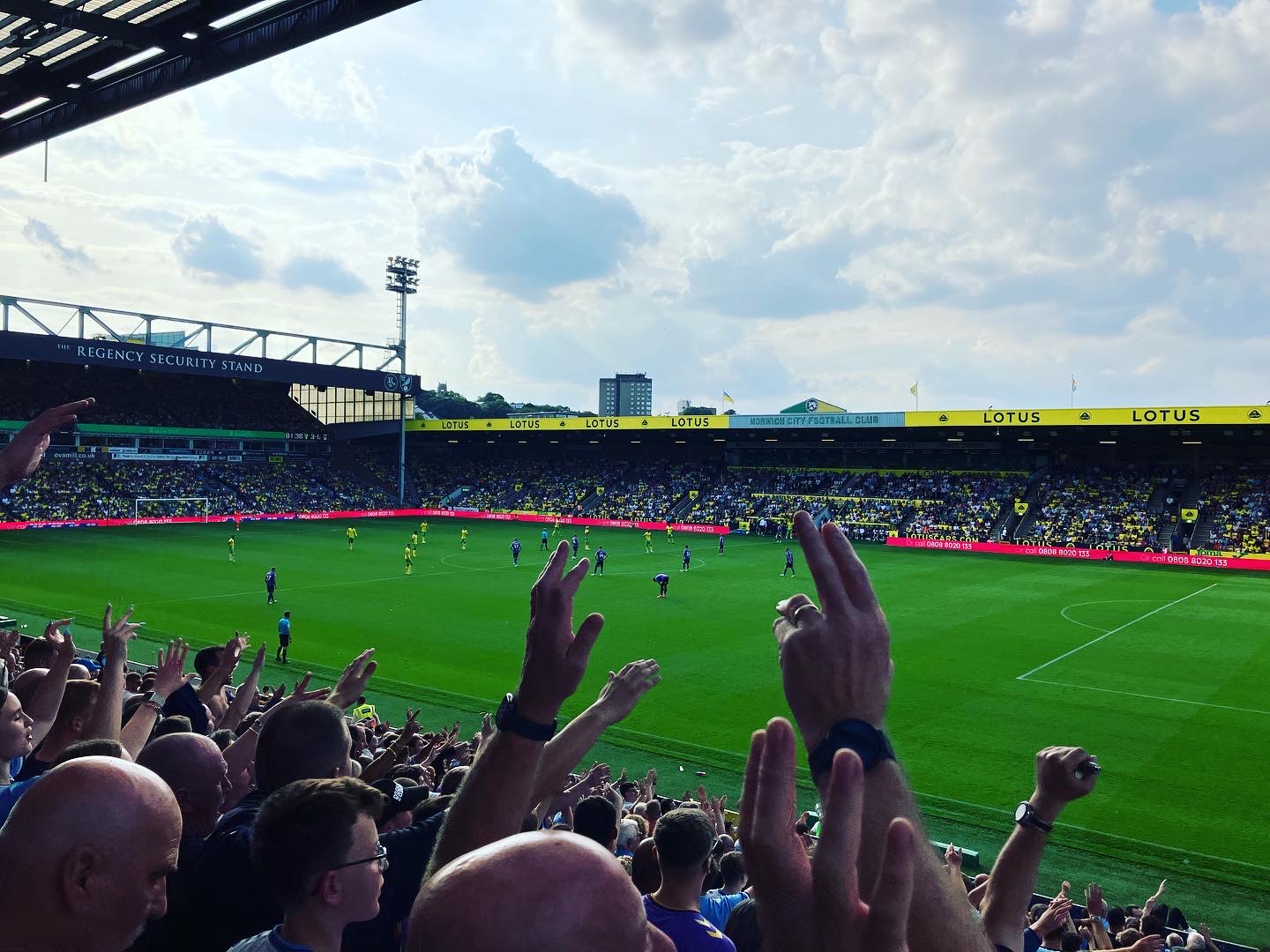