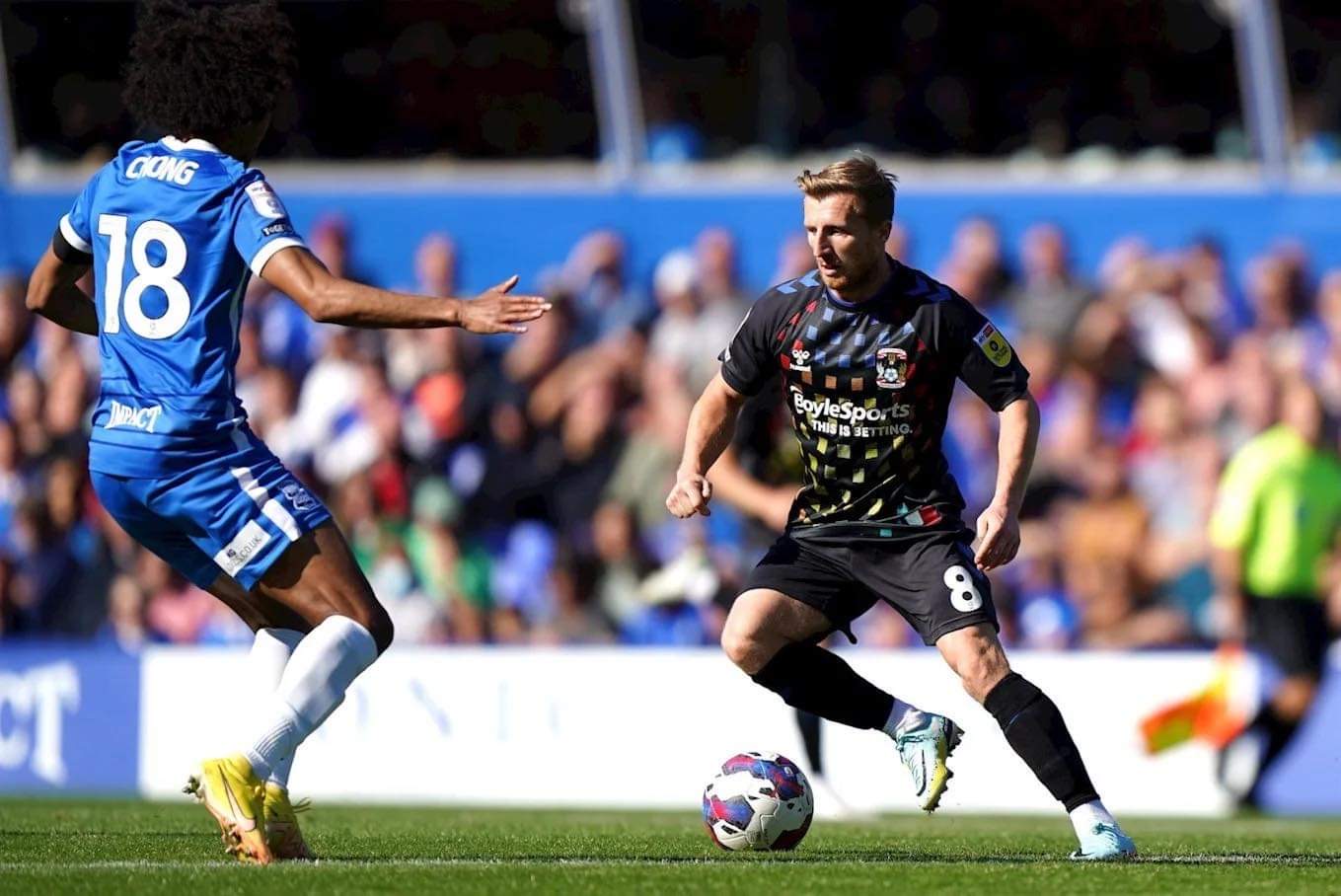 The Sky Blues made the short trip across the West Midlands to Birmingham today, to face Birmingham City for what would be our last game before next week’s international break. Despite a solid point in midweek away at Luton, today more than ever we needed a to get a win on the board - going into October winless would surely be cause for alarm about our safety this season.

Birmingham’s start to the season hasn’t been anything special, which filled me with hope that today would be the day we’d come away with a win. True, Blues started the day in 14th and their recent form includes 2 wins, but I’m always quietly confident when we play them that we’ll get a result. Last season’s trip to St. Andrew’s finished 4-2 to us, and Callum O’Hare’s sunglasses celebration will live long in the memory for City fans - as I recall, we hadn’t looked at our best that day and still had enough to win. We’re due a win at some point, so why not today?

There was only one change to our starting XI from that of Wednesday night - Jonathon Panzo has been brought in to replace Michael Rose, who picked up an injury in the first half at Kenilworth Road. Notably, Todd Kane was also part of a match day squad today for what I think is the first time this season - there are rumours flying around of course about why. I’m not sure what’s happened, but he must’ve fallen out of favour for some reason or another - still, he was on the bench today though alongside the likes of Kasey Palmer, Martyn Waghorn and Tyler Walker. From what I’ve seen so far this season, I’ve been quite impressed with Kasey Palmer - he’s got great feet and while he lacks an extra yard of pace like Callum O’Hare has, he’s a decent number 10. Jamie Allen on his own there can go missing at times, although he was excellent in the second half the other night so I can see why he’s kept his place.

I chose to watch from home today rather than going to St. Andrew’s, settling down to watch the game on the sofa after a morning of draining and filling in the pond at the bottom of garden with my mate Corey. I was impressed with what I saw as well (from the Sky Blues, not from what I saw in the pond). We started the game quite brightly, looking to get forward and we had a few early chances. It must be said, Birmingham had the best early chance through Leandro Bacuna around 10 minutes in - he found himself all alone on the edge of the box but couldn’t keep his shot down when the ball was pulled back to him. A minute later though, the Sky Blues went up the other end and after some good work from Fankaty Dabo on the right, Jamie Allen was able to get a shot on target but it was no trouble for Blues keeper John Ruddy (a player who I honestly thought had retired, can’t believe he’s still playing!).

It seems that after his screamer on Wednesday, Gustavo Hamer was in the mood for goals. He had numerous attempts on goal inside the first 20 minutes, all from distance and each time seemingly getting closer to scoring - John Ruddy was certainly tested more than once, and one of Hamer’s shots whistled just wide of the post. Jamie Allen had a good chance as well, after some good play on the right from Viktor Gyokeres - Allen let the ball run across him and let fly with his left foot, but saw his shot go wide of the mark.

I thought that we looked the better side throughout the whole of the first half. We looked like we wanted it more and we were playing some nice football, getting forwards on both flanks and Jamie Allen and Viktor Gyokeres in particular were linking up well. I was impressed by Blues midfield Tatith Chong (someone I’m very familiar with from Football Manager) - he was their best player by a mile and looked like their biggest threat. We had one more good chance before half time, after a long ball up to Matty Godden bounced kindly for him - Godden found himself in on goal but skied his effort well over the bar under slight pressure from the Blues defence who were chasing him. I thought that we looked like we could easily go on and win the game based on our first half performance, and this was very encouraging.

The second half didn’t quite go as I had planned though. Birmingham started better than us and won some early corners, which allowed them to demonstrate some interesting corner tactics - on one, every attacker started outside the box and ran in when the ball was being swung in, and on another they all bunched up at the back post and ran across goal when the ball was delivered. Thankfully for us, none of these unusual tactics worked - back to drawing board for John Eustace and his men I think! The early pressure from Blues did earn them a wonderful chance though - a deep cross from the left hand side found centre forward Scott Hogan unmarked, for a free header. Hogan made contact with the ball but his header was straight at Ben Wilson who kept it out - it was a big let off for the Sky Blues though!

Gustavo Hamer was on the end of some Troy Deeney shithousery at one point as well - the referee had blown for a Blues free kick, and Deeney clattered Hamer off the ball who then went down for a minute or two while the physios tended to him. Deeney, a master of the dark arts like this, went unpunished by the officials. Deeney was involved in another tussle not long afterwards with Kyle McFadzean - after a bit of grappling, Fadz dragged Deeney down and Birmingham were awarded the free kick, but of course the pair of them carried on for a bit of handbags afterwards. It was all settled by a handshake though, as it should be.

Birmingham remained in the ascendency for the whole of the second half really. They continued to put pressure on us, albeit without really threatening our goal. We hadn’t looked as lively in the second half as we did in the first, and as the clock ticked down it was hard to see where a winning goal would come from if not for the home side. Tyler Walker and Kasey Palmer were introduced with 15 minutes left, with Matty Godden and Jamie Allen going off - Allen in particular had worked hard in his role. Sadly though, nobody could create anything of real quality from a Sky Blues perspective. In the dying minutes of the game Gustavo Hamer overstretched for a ball in midfield and ended up losing it under pressure from Hannibal Mejbri, and after the ball had gone the two of them got a bit tangled up on the floor. Hamer, trying to get up, obviously felt like Mejbri was impeding him and kicked out at the long haired midfielder - the result was a straight red for Hamer.

This is a massive blow for us. Hamer will be banned for our next few games once we return from the international break, and going into October without a win this really isn’t what we need! In the end, today’s game finished 0-0 after some late Birmingham corners couldn’t force a winner over the line - it was a fair result as we had won the first half, but they won the second half. It’s disappointing - I really thought today we’d manage a win, but we couldn’t manage it and I think that we’ll probably end up stuck down at the bottom end of the league for the rest of the season now after this awful start. Hamer’s suspension really couldn’t have come at a worse time for us, given the amount of games we’re going to have play in October - we need as many of our players available for them as possible!

Who would’ve thought that filling in my pond would be the highlight of my weekend? 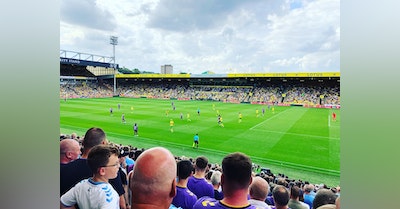 The Sky Blues travelled to Norfolk today, for what would be a difficult away game against Norwich City. It’s been a tough start to the season for t…