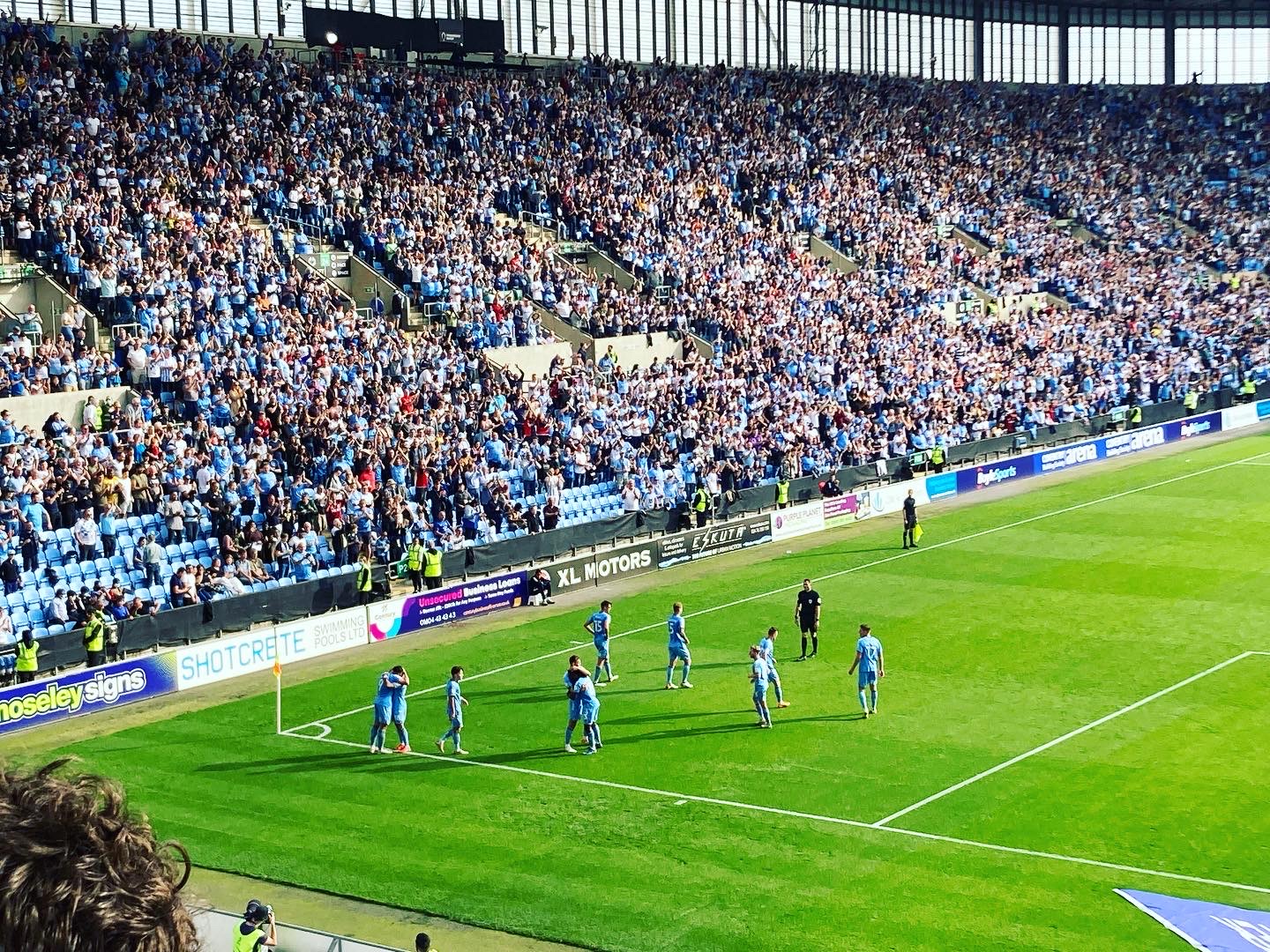 International breaks - not for me. I appreciate why they’re necessary and it’s nice to watch England play but they aren’t a patch on club football in my eyes! It’s been two whole weeks since Coventry City last played although it somehow felt much longer, so as you can imagine I was buzzing to get back up to the CBS to watch us play today!

I did take a trip over to the Bedworth Oval last weekend with my brother Joe to watch Bedworth United’s FA Cup 1st Qualifying Round fixture against Winterton Rangers, which was fun, but not quite Championship football! Bedworth did win 4-1 though, and it was an entertaining game. Today I was joined by my mum Caz for the day - she wanted to go up and watch the City and I’ll always be happy to provide company for her if I don’t have any other arrangements!

Going into today’s game I felt we had every chance of beating Middlesbrough - they’re a decent side and managed by a legend in Neil Warnock, but we’ve had an excellent start to the season and I was confident we could continue it today with a point at the very least. I felt we looked average in the first half though, with a few loose passes and touches from our players. I think we lacked a bit of cohesion going forward, and Boro did almost punish us - Fankaty Dabo was a bit lucky not give a penalty away with a clumsy challenge from behind on one of Boro’s attackers, Simon Moore was also called into action once or twice to make a save.

Our best and only real chances of the half came within quick succession of one another. A ball in from the right of the Boro box put Martyn Waghorn through, though Boro keeper Lumley was able to keep out Waghorns’ toe-poke. Shortly afterwards we put together some more nice passes around the edge of the box and the ball was slid across to Jamie Allen, however his shot was blocked and went out for a corner. From this corner Dominic Hyam headed into the side netting - a more positive spell for us but I felt we still needed to improve in the second half!

The second half began with some excellent goalkeeping from Simon Moore - he produced a magnificent triple save to deny Boro the opening goal. Moore is top class goalkeeper, the difference in quality between him and Marko Marosi/Ben Wilson is very evident. I have nothing against Marosi or Wilson of course, they’ve both been great for us over the last couple of seasons however Moore’s experience really shows and you can tell that he’s a better quality keeper at this level for us. I think over the course of this season he may well prove to be our most valuable new signing.

Attacking wise I thought we looked much better in the second half. Viktor Gyokeres was making his trademark runs on the ball in the opposition half, he just needed a bit more movement in the middle to get the ball across to someone. I didn’t think Martyn Waghorn looked very convincing in the first half, and would’ve liked to see Matty Godden brought on from the bench however Waghorn improved massively, he got himself in the game more and things slowly began to click into place for us.

The opening goal came around the 70 minute mark, with a swift counter attack after we recovered the ball in our own half. The ball was slipped through to Gyokeres who powered past the Boro defence through the middle of park - he then rounded the keeper and it looked for a second like the chance had gotten away from him slightly, but he was able tuck the ball away past the defenders who had managed to get back on the line. It was a great moment for him - nice to see his hard work being rewarded with goals!

Callum O’Hare then went through not long after and was taken down just outside the box - looked a close one from my view but I’m sure the referee got it right! Gustavo Hamer tested Lumley with a whipped free kick from inside the D, forcing the keeper to tip the ball behind for a corner. We then had a scare up the other end moments later, with Boro hitting the bar after a decent cross from their right hand side. A sign that we needed to switch on and see the game out!

Thankfully we were able to do just that, and with minimal fuss as well. In the final couple of minutes, Fankaty Dabo got in down the left and managed to find Gyokeres on the edge of the box - Waghorn made a good run and Gyokeres slipped him through, and Waghorn was able to beat his man with a little step over before tucking the ball in with his right foot. A great way to round off a much better second half for him!

We looked good value for the win on the strength of our second half performance for me. 4 wins from our opening 6 games is a fantastic return, long may it continue! I was quite impressed with a couple of players today - Kyle McFadzean was solid as always, Jake Clarke-Salter played pretty well at centre half and Ian Maatsen also looked quite sharp at left wing back. Gyokeres and O’Hare also put in their usual type of performances but for me, Simon Moore was our man of the match. That triple save was phenomenal!

There’s still plenty to be positive about for us! Play up Sky Blues! 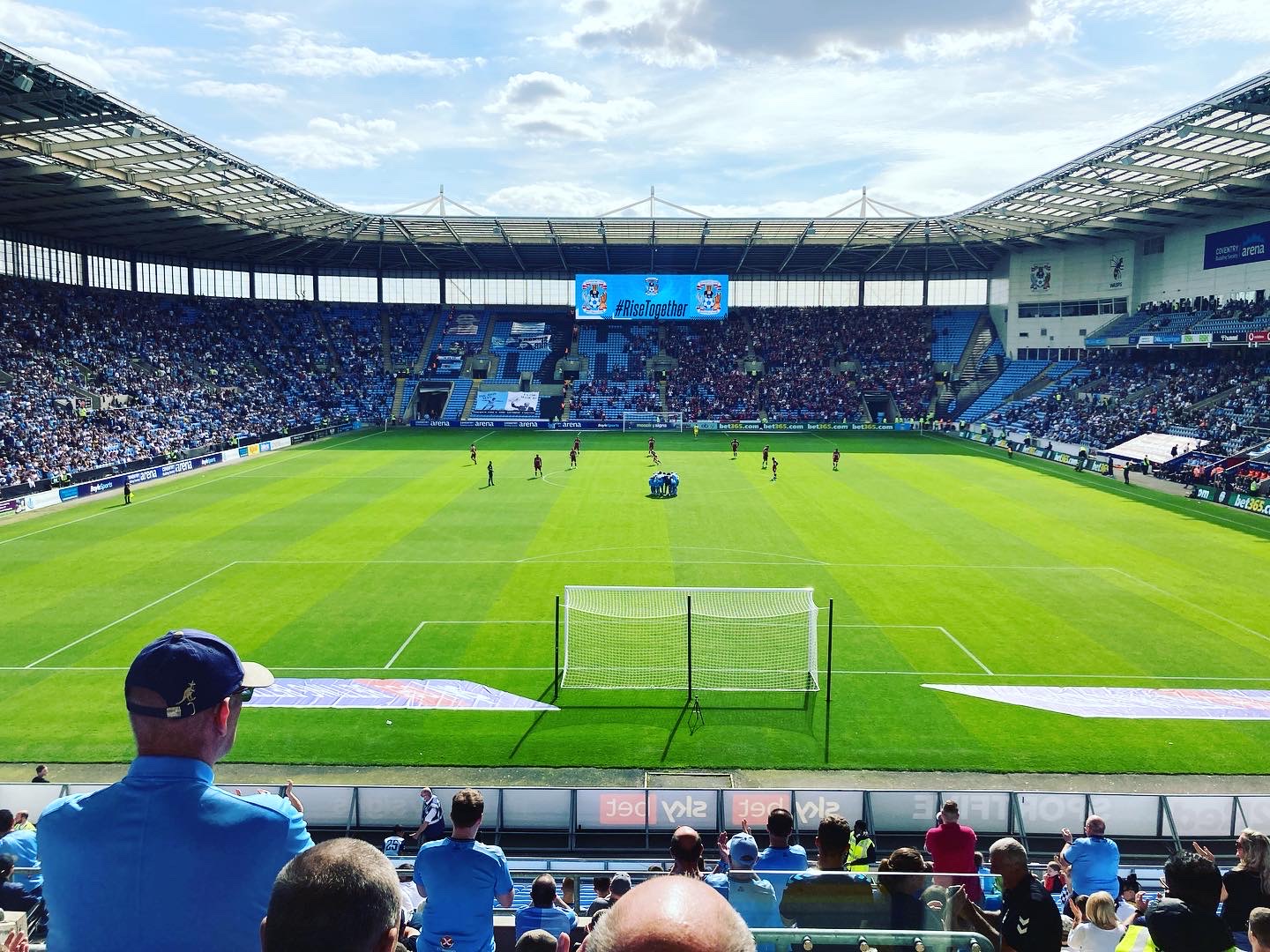 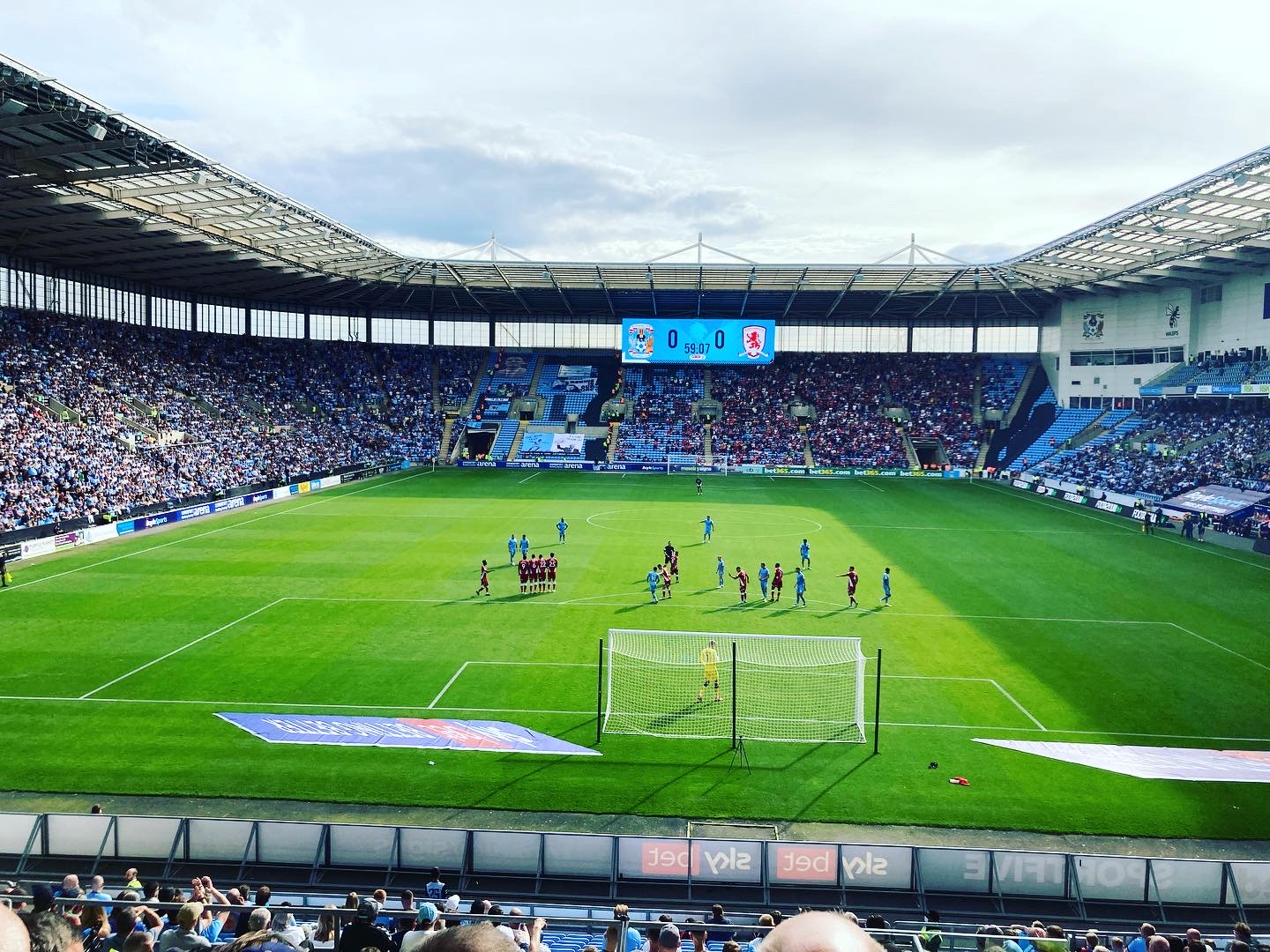 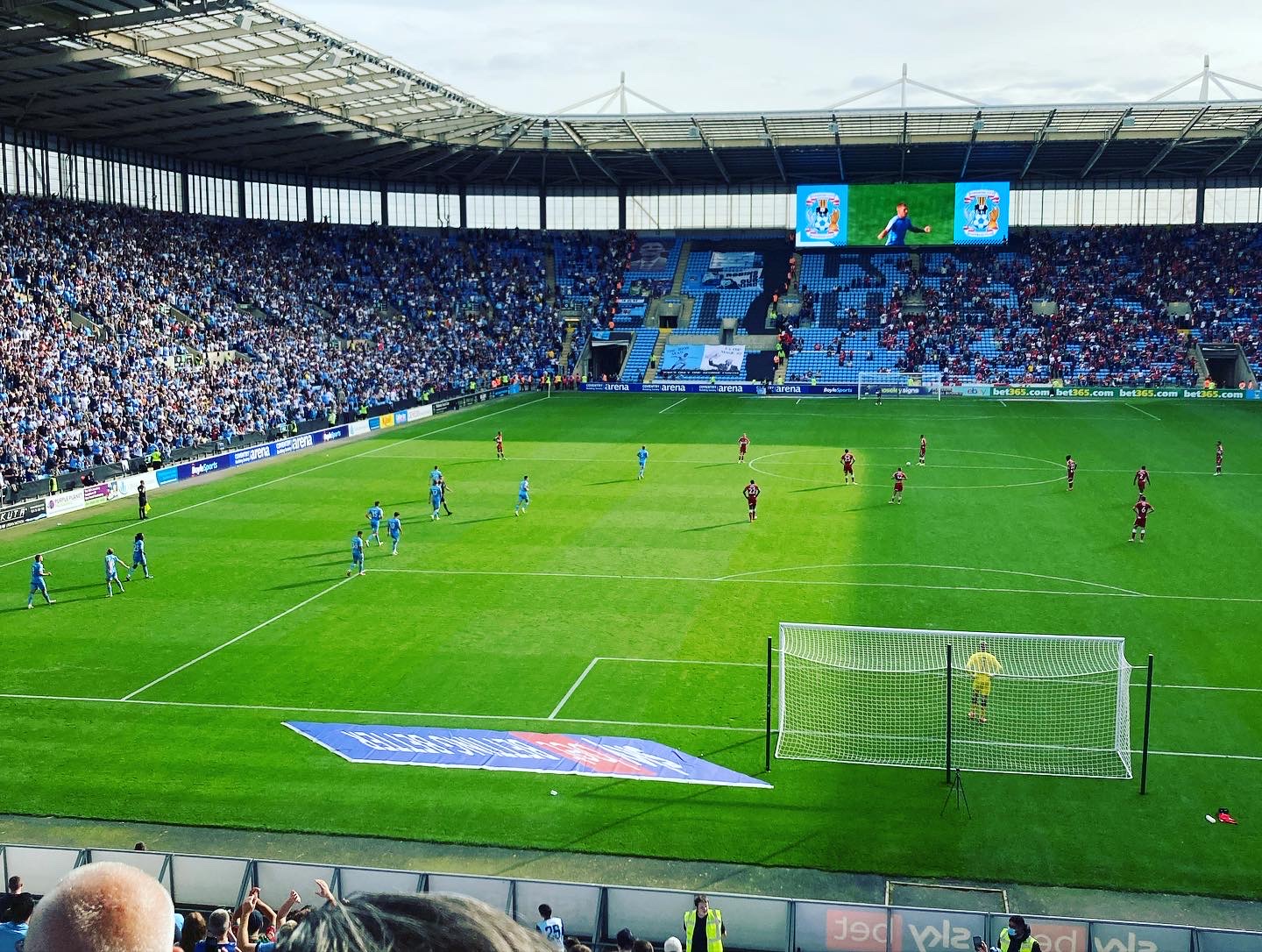 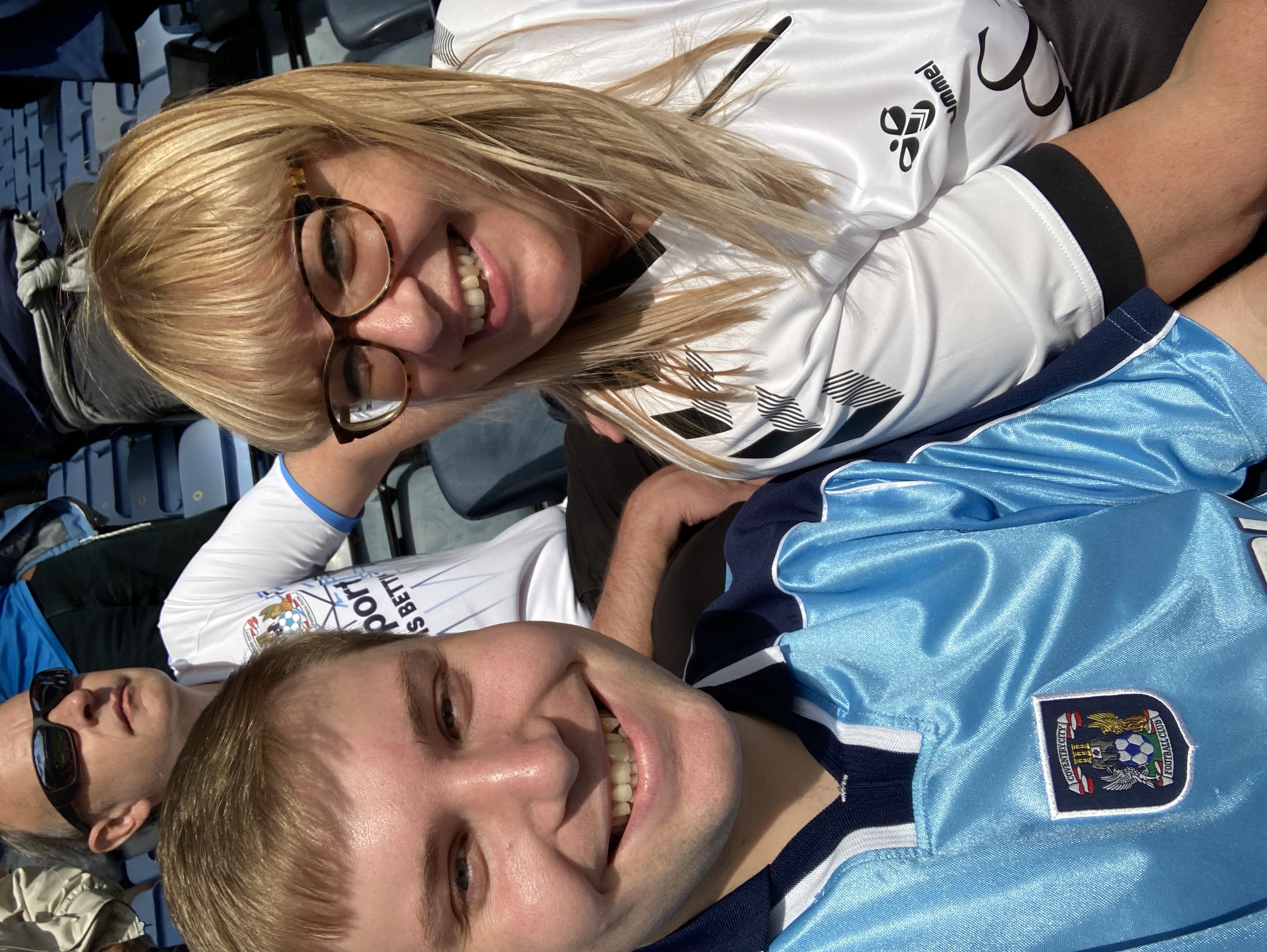