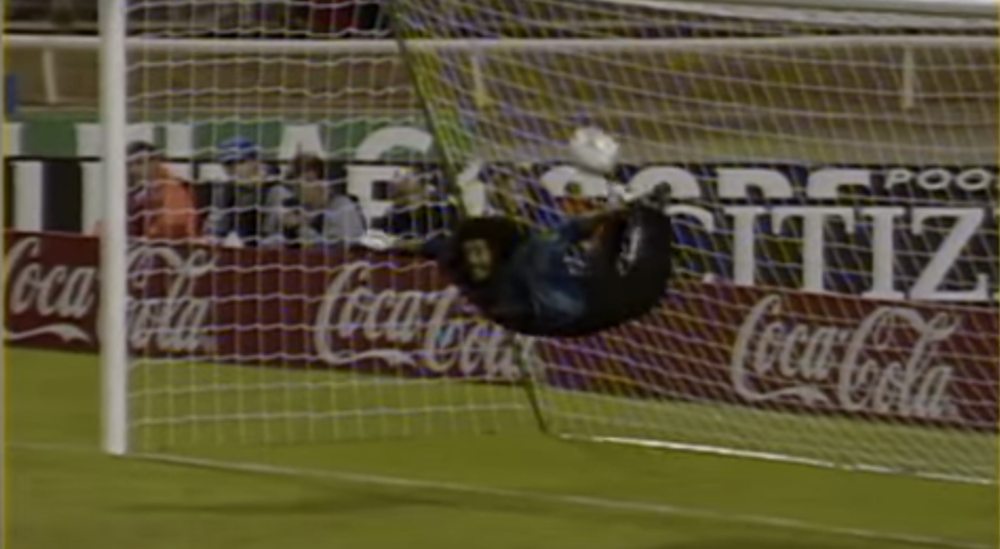 The Total Screamers recently announced a new collaboration with Manscaped, who have now launched in the UK and EU with products that allow you to clean and take care of yourself where it matters most.

Manscaped also raise awareness around cancer research and aim to save some balls in the process. Keeping that in mind, we thought we'd take a look at some goalkeepers who weren't quite as good as Manscaped in that department.

Any article about goalkeeper mistakes has to start off with a mention of Taibi, otherwise known as The Blind Venetian. Although, he'll always be remembered for his self titled moment of disaster against Southampton, his United career didn't start too badly. He picked up the Man of the Match award against Liverpool on his debut. However, it all went south very quickly shortly after that, conceding 5 goals against Chelsea . And that was it, just 4 games later Taibi returned to Italy, tail stuck firmly between his legs (and what is hopefully some Manscaped balls)

It was concussion we hear you Liverpool fans out there shout. Whatever it was, it confirmed to everyone that Karius wasn't the right person between the sticks. Confirmation doesn't always come in the biggest club game in Europe watched by millions, but that is the fate that unfortunately befell the German. He had performed admirably in the previous knockout games and displaced Mignolet as the number 1 but it wasn't enough. Two mistakes in the Champions League final can do that. Rumour has it he didn't endear himself to his fellow players or coaches with a preseason self-promotional video showing him running up a sunny hill but with that his career at Liverpool was over. In came Alisson, and the rest was history (until this season that is).

Who's the only Irishman who doesn't know where Dublin is? So went the joke towards the end of the 90s after Given lost sight of the Coventry striker and let him have the easiest of tap ins. Unlike the previous entries in the list Given's career wasn't too affected by Dublin's mischief. Besides presumably hearing the same joke over and over again, he must have been pretty happy with how his career turned out, playing in the 2002 World Cup  and the Premier League for over 15 years.

It's fair to say Gomes had a mixed career after his move from PSV to North London in the summer of 2008. He yo-yo'd in and out of form but was mostly known as a player who at any moment could drop a ball and ultimately cost his side points. The 2 minutes of viewing below provide some of his worst moments for Spurs but it wasn't all bad for the Brazilian in England, he was picked for the 2010 World Cup in South Africa and enjoyed 6 years at Watford who he joined in 2014.

A list about goalkeepers mistakes would not be complete without giving the eccentric Colombian a mention. Now widely known for his acrobatic scorpion save versus England in Wembley, his previous claim to fame was losing the ball to Roger Milla at Italia 90. Receiving the ball just short of the centre circle and faced with Milla, he attempts to turn only for the veteran Cameroonian to tackle him and run the ball into the empty net, eliminating Colombia in the process. The remark that goalkeepers are crazy probably started with Higuita.